Post news RSS Devlog II or “are we gonna sail?”

We’re finally back with another update and this time we’re going to talk about sailing. 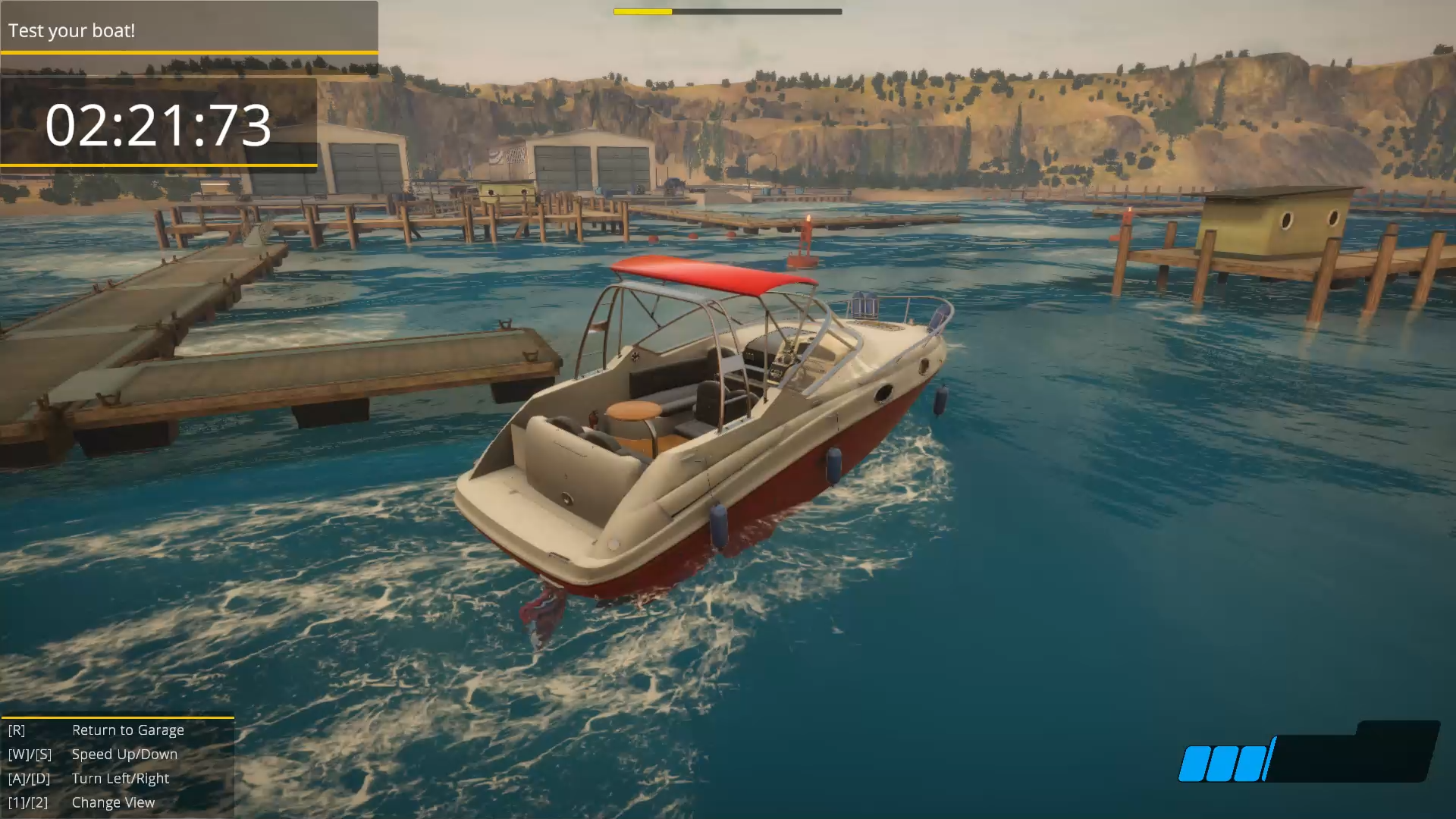 We’re finally back with another update and this time we’re going to talk about sailing.

If you’re interested in the development process of Yacht Mechanic Simulator, we highly recommend you take a look at our first devlog to learn more about the challenge of creating a believable experience and adapting real-life mechanics to the game. 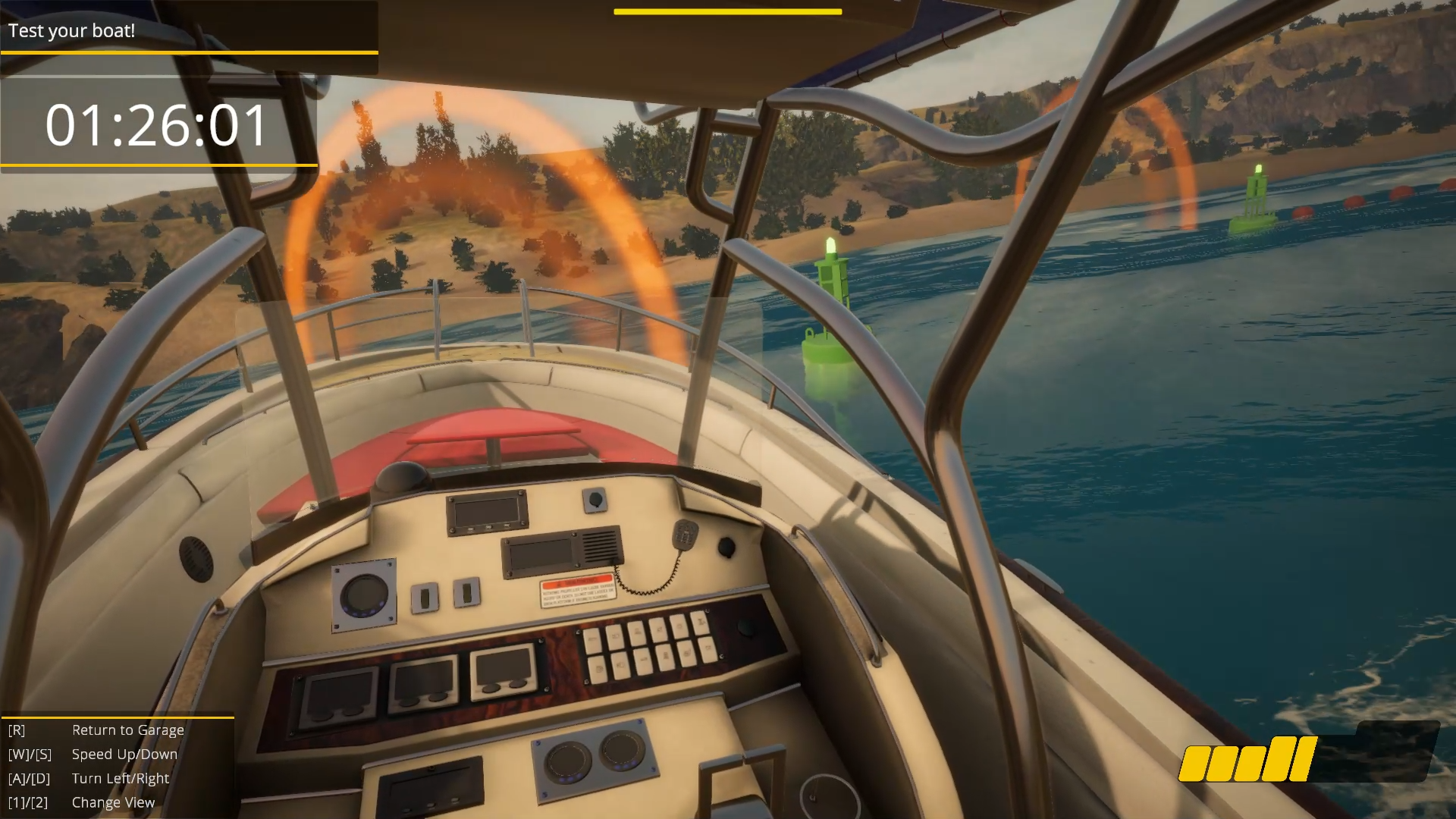 Right now we are working on sailing mechanics. Our ultimate goal is to make the very first boat run an unforgettable and most credible moment. During internal tests, our testers suggested several solutions that would make it a pleasant part of the gameplay. First of all, we improved the throttle valve effectiveness, which keeps the boat at speed instead of slowing it down. Secondly - we tweaked the UI - from now on, it will display information about what stage of the inspection the player is at. In addition, during the cruise, we will be able to time the boat on a water slalom course. 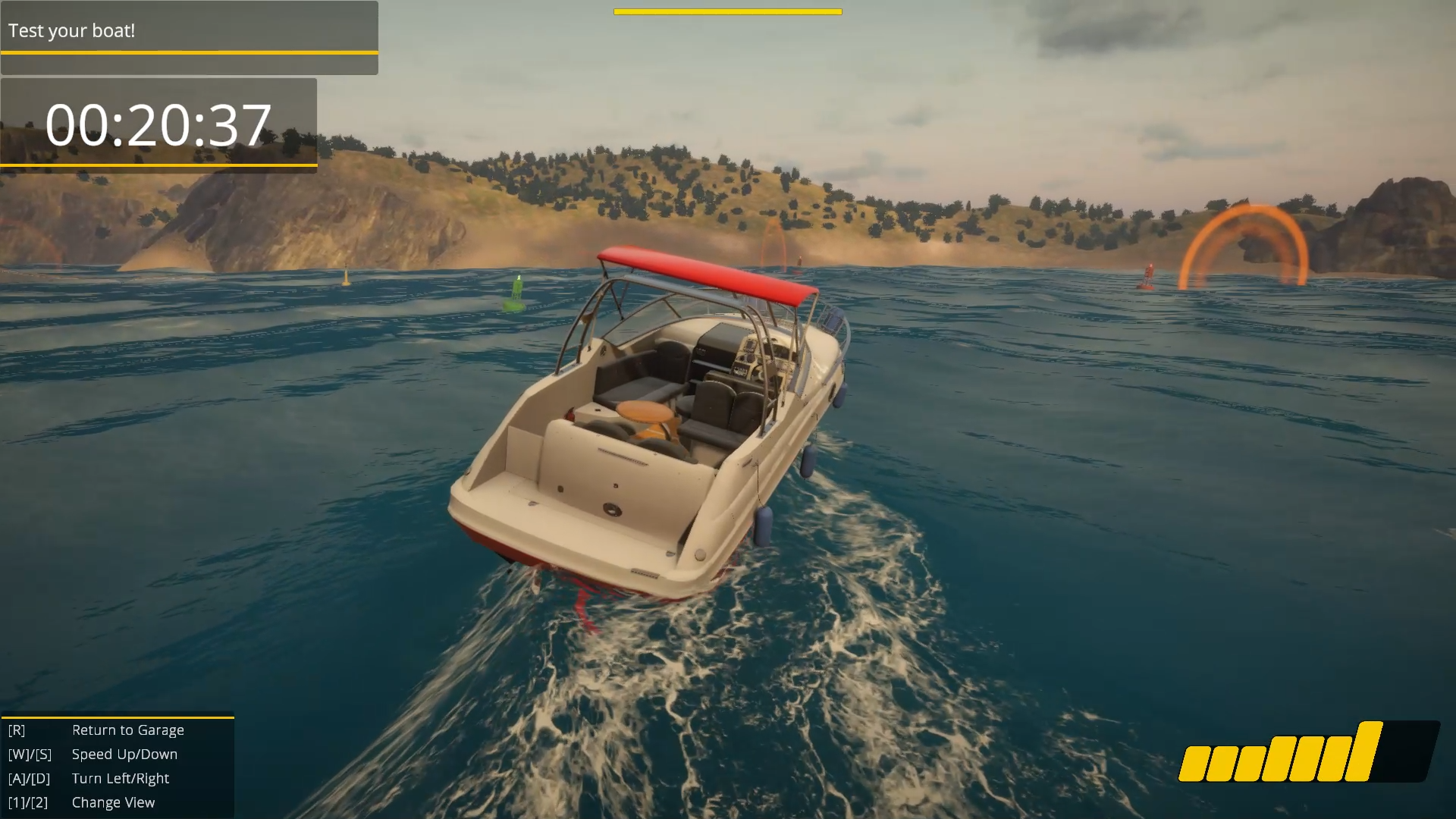 Another thing to work on (literally!) is engine replacement. As we mentioned in the previous devlog - one of the biggest challenges ahead of us was the engine replacement mechanics. Today we can happily announce that everything works as expected and this aspect of the game is officially completed. We can also confirm that a model of a third yacht has made it to the game and is already waiting in the harbor for a mechanic to repair it. 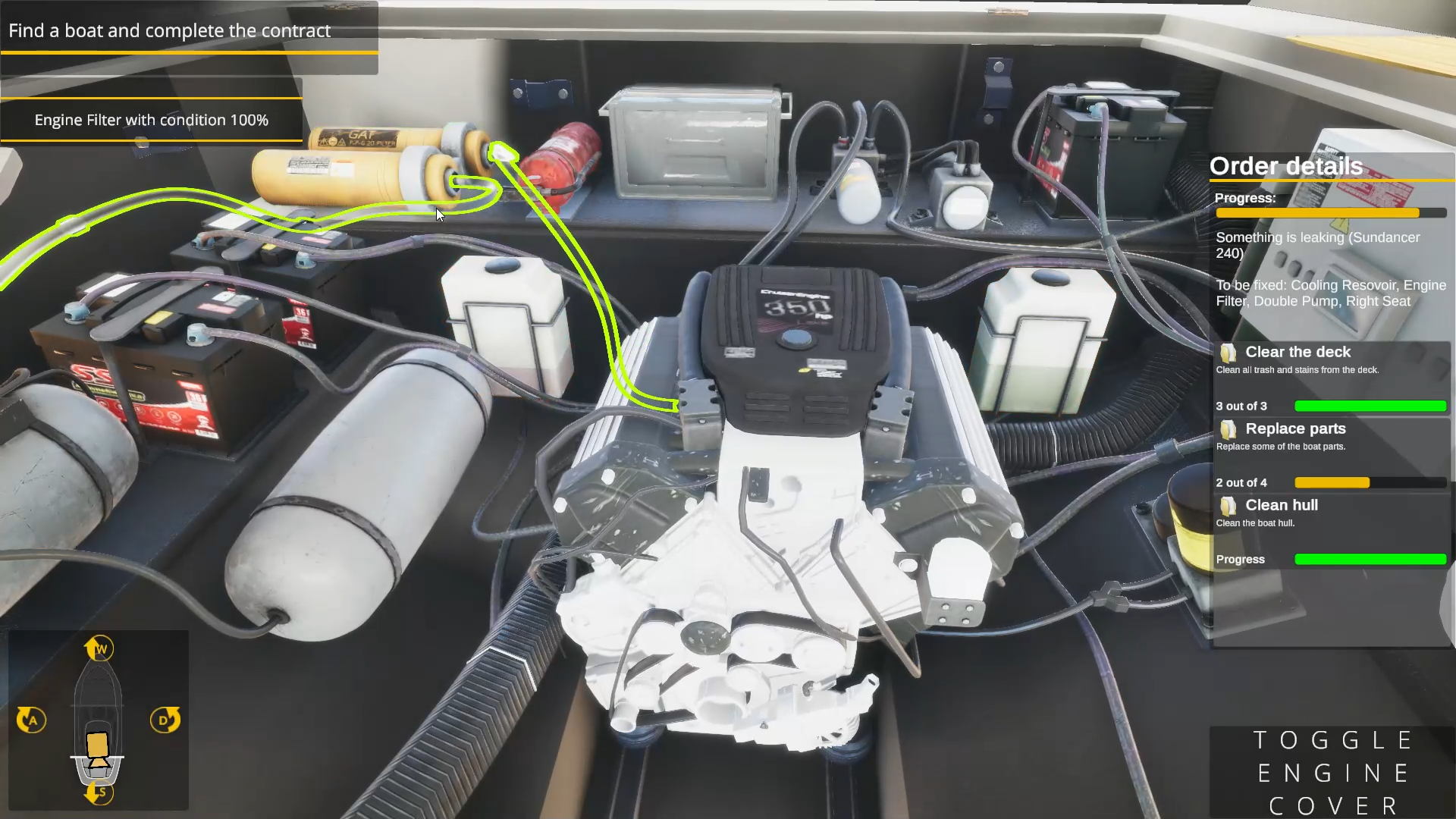 Thanks to the Yacht Mechanic Simulator’s presence at the Steam Game Festival, we received huge feedback from players. Direct cooperation with the community is something really valuable for us because it gives us the confidence that we are providing you with a product that fully meets your expectations. Moreover, we received many helpful messages, which allowed us to fix some bugs that appeared in the game only in specific situations and, despite numerous tests, still remained undetected. Thanks to that we can offer players a simulator that will engage them and won’t disrupt their immersion with errors. 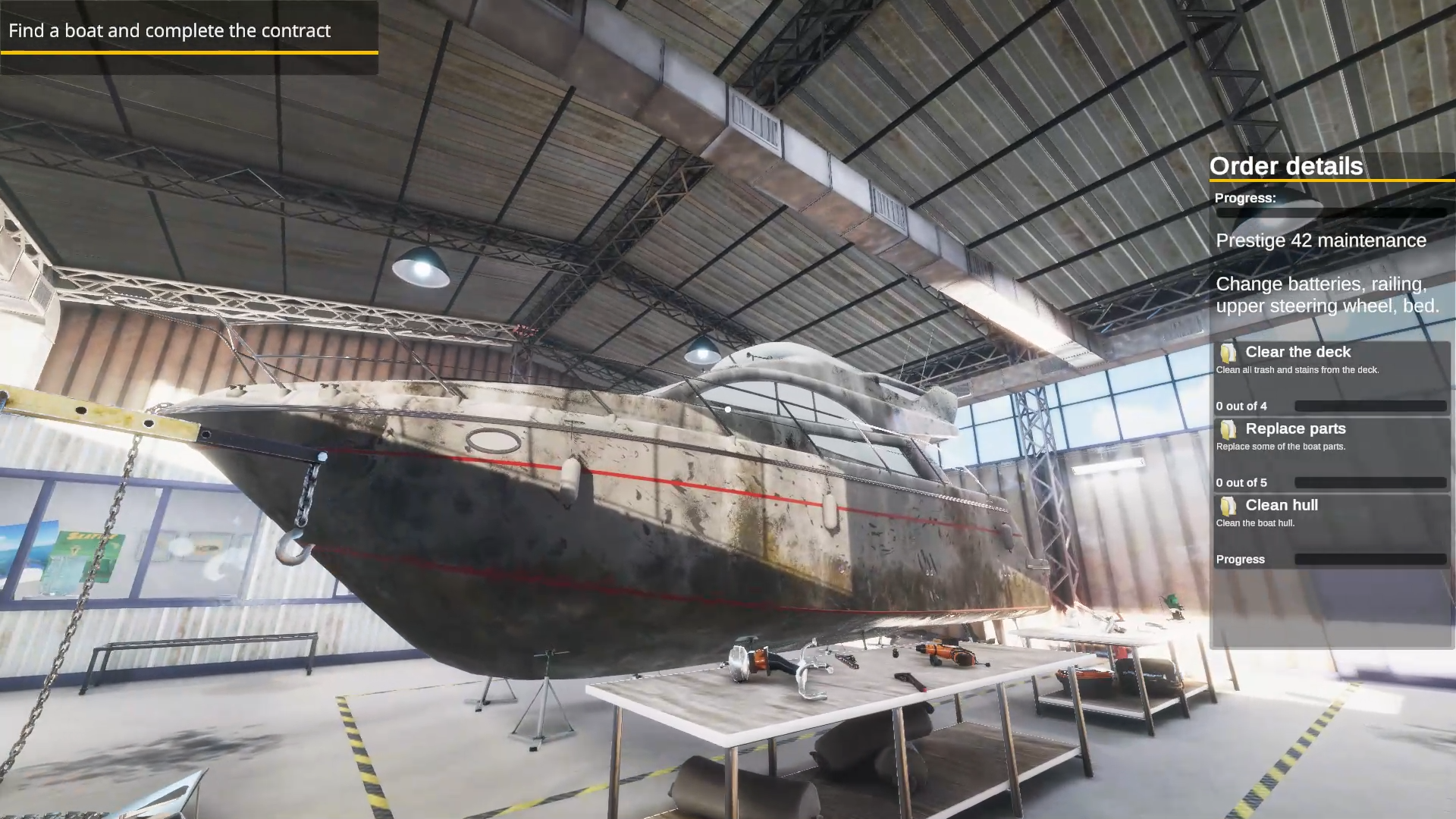 That’s it for now. There is still a long way to go, but we are definitely one step closer to the finish line.

Until we meet again!