Post news RSS Devlog #6 - Get a key for the closed alpha!

Devlog video #6 for Road to your City has been released. This episode is way more technical than the devlogs before. I show you how I was able to improve the performance a lot and what kind of features I added into the game. As well I talk about the closed alpha starting on Friday and how you can get a key to play it.

after a little break I released the next devlog video for my current project Road to your City. This time I was talking about performance issues, new features, bugfixes and the closed alpha starting on Friday. If you are interested to play and test the alpha, there is a way how you can get a video. Watch the video or continue reading this article if you want to know how you can get a key.
If you are interested in the whole series, you can also have a look at the playlist.

If you are not already part of my Discord channel and you want to be up to date regarding the development I would love to welcome you over there!

Again, for those ones not watching the video, here is a short summary of the most important things happening over the last three weeks:

Lately I had two bigger problems with the engine which lead to some heavy FPS drops. The first issue was about building selection. Actually the player can only select single buildings and toggle between them. For the selected building the radius will be displayed in green if the radius is valid and active or in red if it is not valid e.g. if there is no road connection.

But there are some exceptions in the game where multiple selections for buildings need to be shown. In case of traffic problems the player should place a bus station. In this bus station the player can open lanes to place bus stops in the city to cover as many apartments as possible.

The old implementation did not expected multiple objects being selected so the performance was pretty bad since the FPS dropped down to 2 if there were more than 9 bus stops selected. So that has to be refactored.

I looked at the structure and found a way how I could speed up the process of handling the selected buildings without any FPS drops. If you are interested to see how I fixed it you should have a look at the video since I talk about it in more detail.

The second issue has not been fixed so far, since I spent a lot of time on the first issue. This issue is about the vehicle calculation. In large cities the FPS drops down unfortunately and this is because of the engine architecture. Actually this old structure was created with a completely different concept at the beginning so there is definitely time for a change to make the vehicles spawn and drive smoothly through the city again. This is on the upper part of my to-do list and will be fixed as soon as possible.

Besides the engine issues I was also able to add new features into the game. There is now an indicator for missing job assignments. The blue little icon will appear above a building when this has a low productivity. By increasing the amount of jobs for this job sector the icon will disappear. If the player ignores a low productivity the people satisfaction will decrease and this might lead to a lot of trouble in the city.

I also worked on some engine visuals. Previously the numbers for figures like money or revenue were static numbers and changed instantly to the new amount if money has been in-/decreased. Actually I did not like that "hard change" and wanted it more smooth so I created an additional feature for the engine by adding a transition control. This control gives the opportunity to change numbers - no matter if it is an integer or a decimal - in a transition which is quite a fancy thing.

Due to the fact I had to play the game quite often last week since I was also working on balancing the game, I had to do some bugfixing. First I found out that some upgrades in the game are way too cheap so the player could easiliy make those kind of updates without any challenge. Moreover I found out that focusing buildings in the selected radius did not work any more since I changed the whole building selection implementation. I only had to exchange a single line of code and it worked again.
I always struggled a bit with the challenge keeping the player busy and I now had a nice idea how I could make this happen. I won´t tell exactly what it is but I will reveal that this deals with the tech tree in the game. 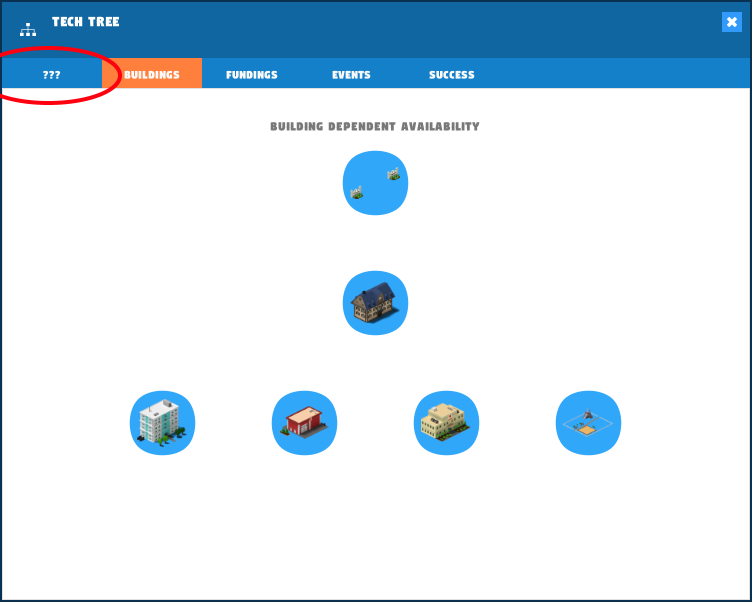 Last but not least I also talked about the next closed alpha version which will come out next Friday on December 14th. I had to postpone the alpha from November to December since I had quite a busy time in my daily job.

The good news is that you can win a Steam key if you are interested in playing/testing the game. There are two requirements if you want to be in the draw.
1. You have to be on the Discord server () since the feedback communication will be handled over there
2. You have to retweet my tweet I posted on Monday afternoon () with a kind message why you think Road to your City is an interesting project in your eyes.
Good luck! 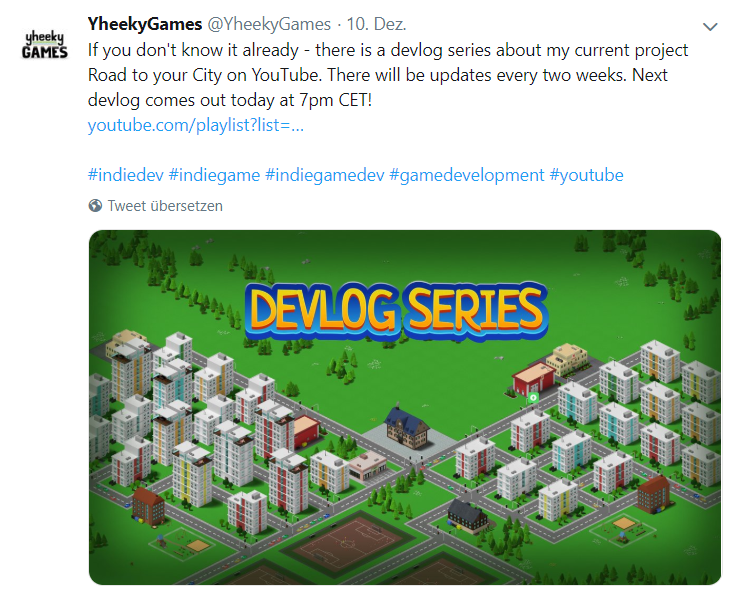 The second thing was about the question I asked on my Discord server some time ago. That question was about making a livestream on Twitch and I am interested in your opinion if you would like me to try this out. You could leave a comment here in the article or in the devlog video #6.

That was a short summary of the video. I would deeply suggest to have a look at the video anyway ;) Feel free to leave me some feedback if you like or even if you watch the videos :)

Have a great week & thanks for reading!