Last time we focused on pixel art. This time we'd like to tell you more about soundtrack of Good Night, Knight. Enjoy! 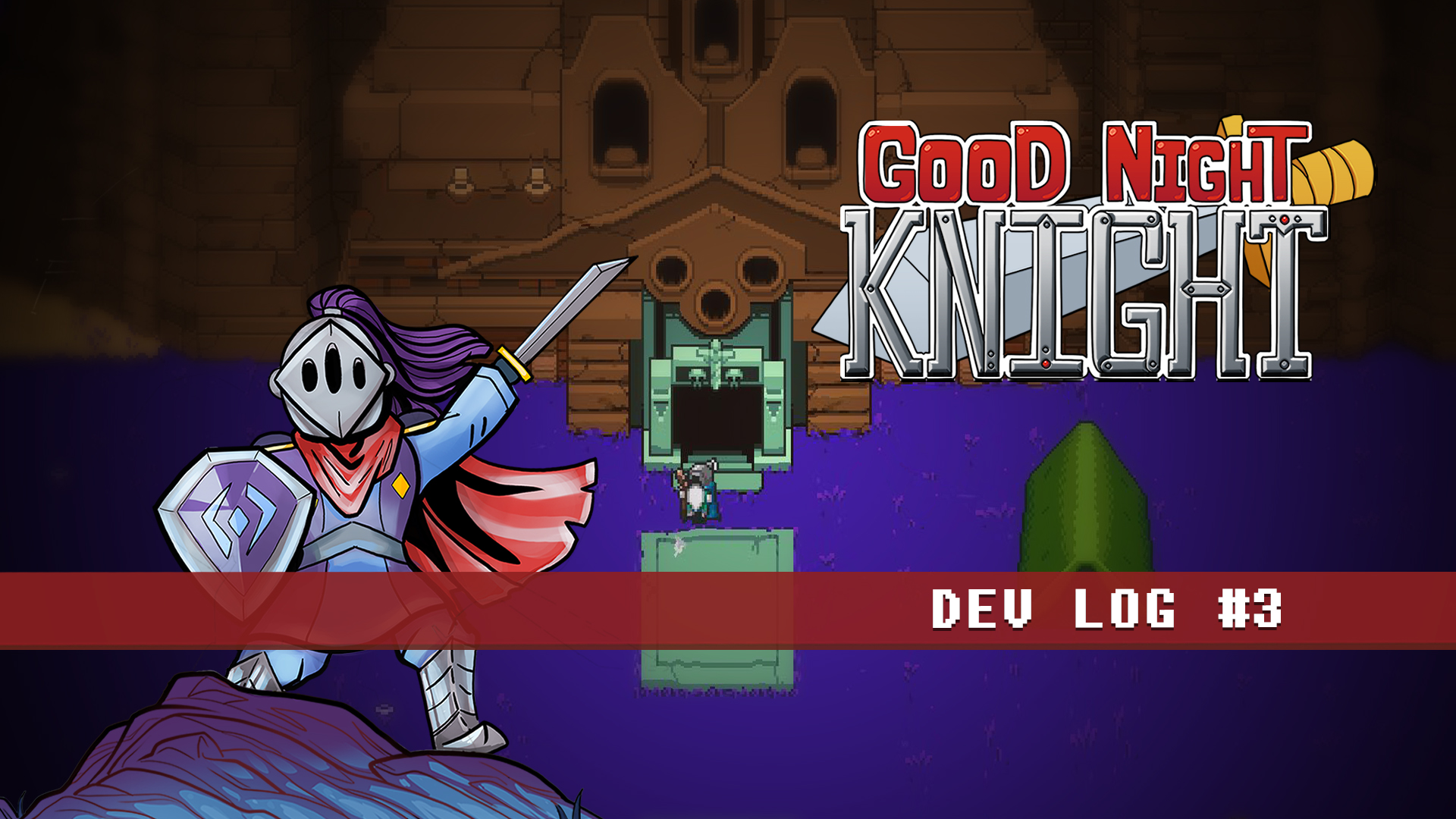 I'm the composer for Good Night, Knight. My name's Jake, but most people know me as 'Chaotrope'.

I grew up playing video games and dedicated my life to composing music at a young age. Souls-like and rogue-like games have always been among my favorites, so when Knightdev approached me with this painstakingly crafted, fun, quirky game of his, I was beyond excited!

I've always been massively into video games, and I've loved the music in them more than anything. Pokemon, Sonic, Zelda, Chrono Trigger, and the Final Fantasy series are some of my favorite soundtracks that I take the most influence from. Outside of video games, I also take influence from Progressive Rock/Metal bands that I love, such as Dream Theater, Rush, and some lesser known prog bands Leprous and Haken. These influences just so happened to make me a perfect fit for the style of Good Night, Knight. 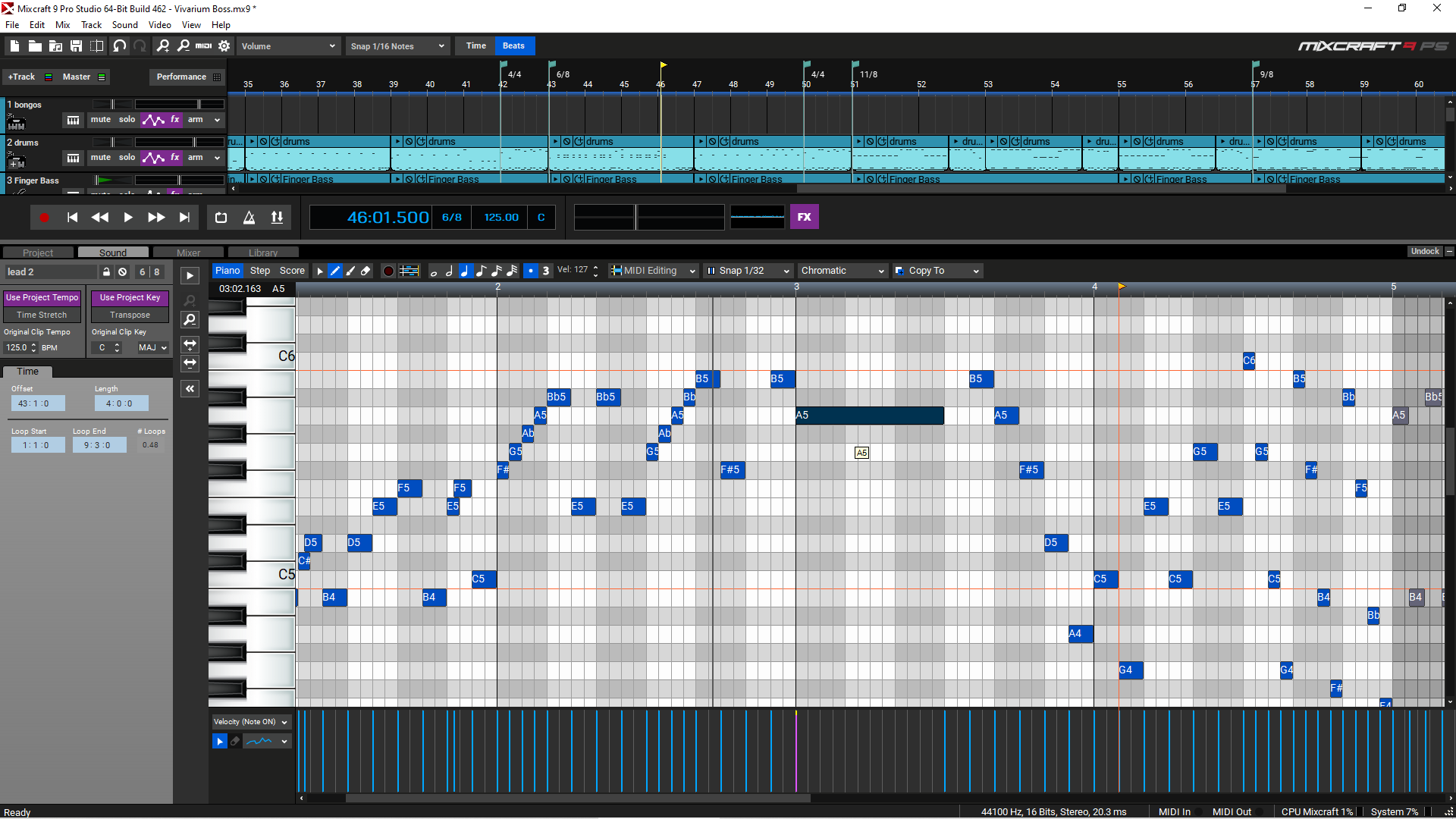 A view with the piano roll open which is how I place notes.

Pixel art demands chiptune music, so I knew a strong 8-bit influence would be inevitable. However, I wanted the music to be unique and memorable, so I started experimenting with mixing some other genres in. As I was working on the first few tracks, the genre organically evolved into something very interesting. The 8-bit chiptune leads still soar in the forefront of the music, but I found adding orchestral instruments, syncopated beats, and distorted guitars to back up the melodies fit the style of the game perfectly. The end result of all this experimenting is an eclectic mix of 8-bit and electronic metal. 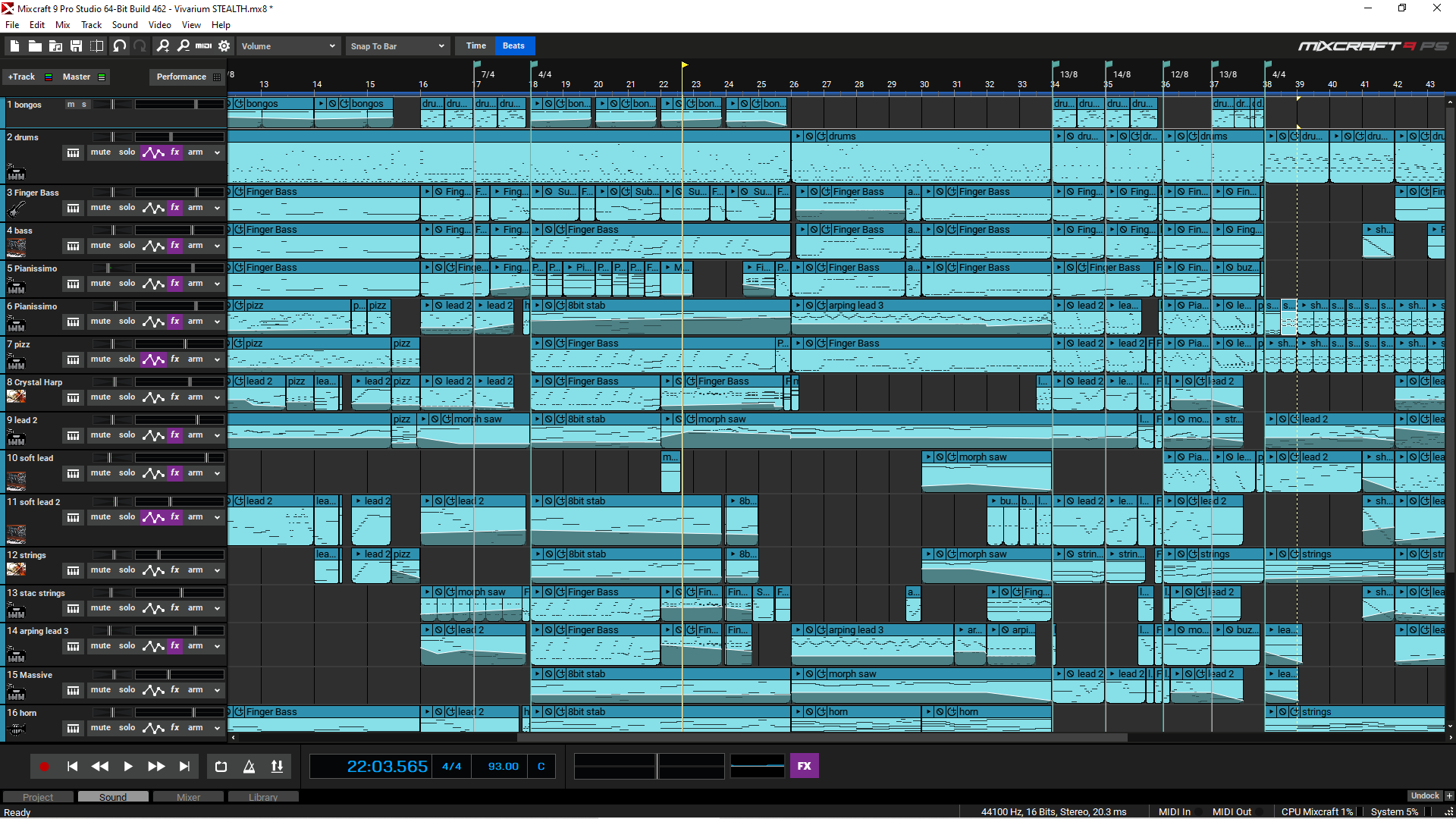 As I continued composing the soundtrack, I wanted to find a way to work the increased pressure and difficulty into the music as you climb higher up the spire. I came up with a fun idea to increase the complexity of the music based on how difficult a section was. The Spire's Base track (the first track in the game), is almost a lullaby with how very simple and straightforward it is. In contrast, the much later Prison track is an insanely progressive, complex musical journey with constantly changing time-signatures and key transpositions. This switch between simple and complex is especially evident in the dynamic music, which I will discuss next.

To put it simply, this means I had to make 2 versions of the track for each area in the game. One Stealth version that is simpler, reserved, and... stealthy. And another Battle version that upped the intensity. However, the tracks had to be able to layer on top of each other and transition seamlessly, which is where most of the difficulty in composition came from. This is definitely the hardest I'd ever worked on a game, but after much practice, I started getting the hang of it. It all ended up being worth it! The added immersion from the dynamic music can't be understated. 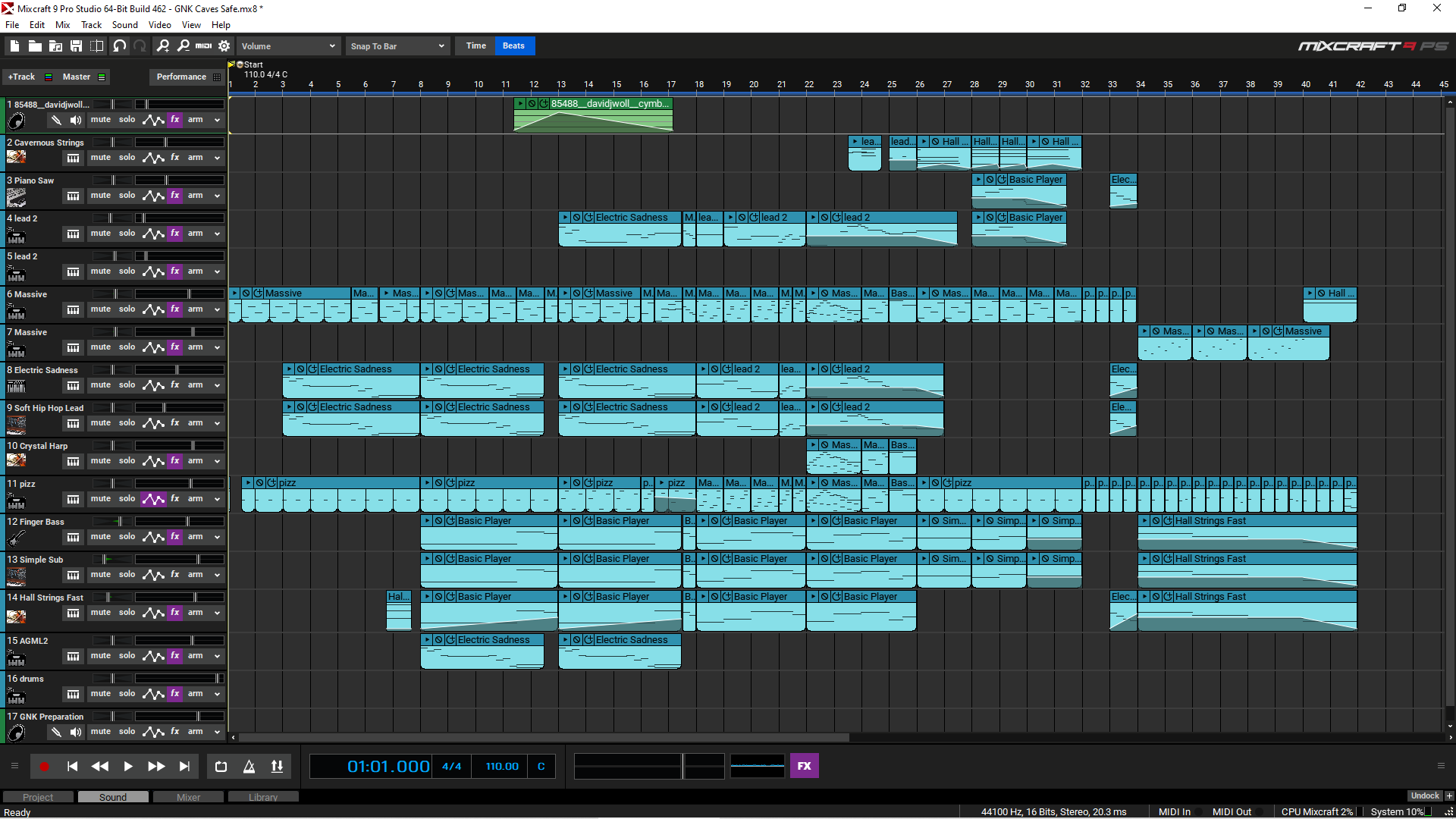 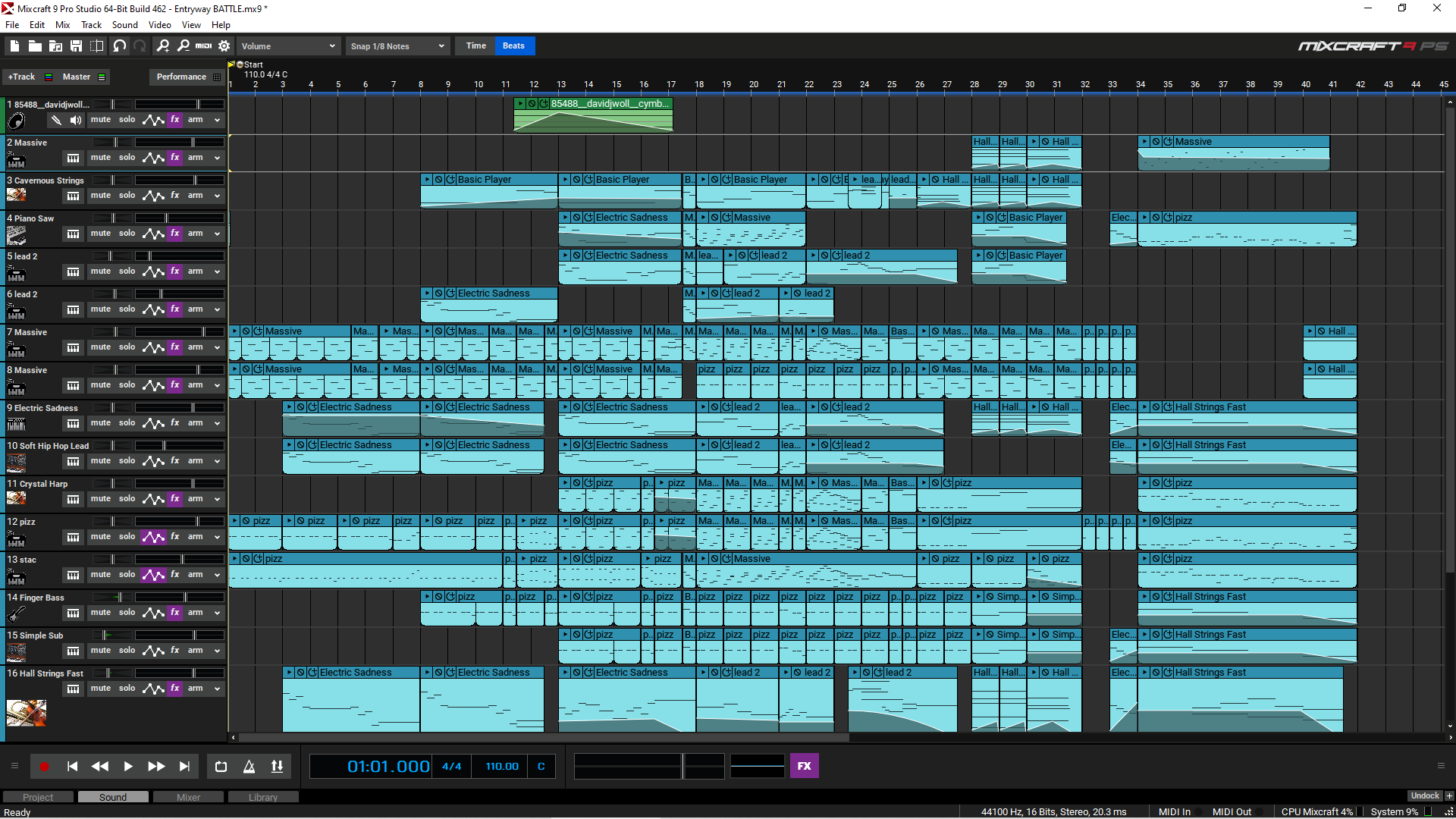 And entryway battle. You definitely see the difference :)

THIS CHAOTROPE GUY SEEMS LIKE A HUGE NERD, WHERE CAN I DOWNVOTE HIS MUSIC?

All jokes aside, if you think this sounds interesting, you can listen to the full soundtrack for free! It's uploaded on my Soundcloud. I've composed for a multitude of games, so my Soundcloud should be helpful for any poor music-deprived souls. OR you could buy Good Night, Knight and listen to the music in the game on FEBRUARY 16TH!

Thanks for reading, and happy slashing!
Chao