Hey there! It’s a been a big year for us so far, and this devlog has it all! We've got audio, art, programming and design, all wrapped up into one incredible recap! Check it out!

BACK IN FULL FORCE

Long time, no see, you Handsome lot. Welcome back to the Handsome Dragon Games devlog! I'm Jack, Creative Director for Handsome Dragon Games, and I'm here to kick off our 2016 devlogs. And oh boy is this one exciting. We've got big topics to cover from all four disciplines within the team! So it’s about time we got this started.

This time we’re going to start with something different. In fact, we’re starting with a section we haven’t heard much from in a while. Audio! Our ever wonderful musician, Sam, is back in full force and is pumping out incredible tracks like no one’s business. So far we've already got two new tracks ready to go into the game.

Here’s a new track for Zone 1 to listen to whilst you read.

One thing that we've been aiming to do with the new music is give a distinct feel to each of the different zones. So, for example, in Zone 1 the aesthetic is than of an old and decaying temple, untouched by civilisation for countless years. Here, we’re aiming to capture that feeling of perfect stillness, and a sense of timelessness one finds in long abandoned ruins. Personally, I feel like Sam has nailed this style with the new track “Desolate”.

Next up, let’s take a look at art. These past couple of weeks one of the big things that we've been working on is the colour schemes for each of the three zones. We've settled on what each of them are, and have started recolouring all of the various assets as needed, as well as getting those alternate colour schemes set up in game.

Additionally, we've also got some other amazing environment pieces Angelica created for musical and decorative inspiration! We've got a new one for the first zone featuring some collapsed structures, overgrown plants, and some soft light filtering in from above. Meanwhile, the Zone 2 equivalent shows off all kinds of glittering gold, and creates cramped, yet warm atmosphere. Oh, and we've also got a cool new design for the game’s intro level, which is super great as well! 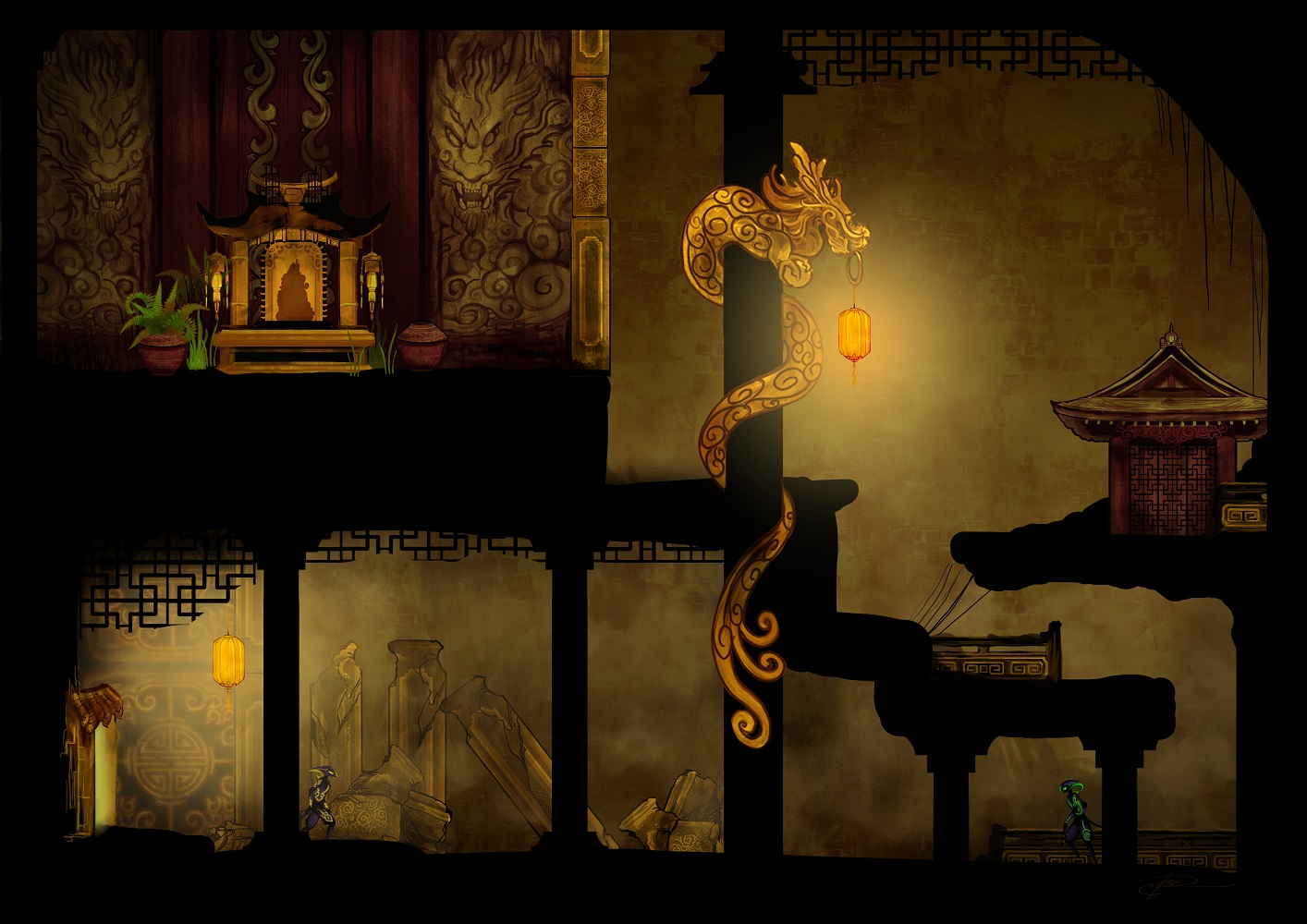 Moving on to programming, what’s been going on over here is a little bit more secretive. The programmers have been working on implementing the game’s main antagonist, which (unless I've made a terrible mistake) we've only been hinting at so far. Don’t expect any big reveals any time soon, since we’re going to be keeping it under wraps until release. I will give you this sneak peak though… 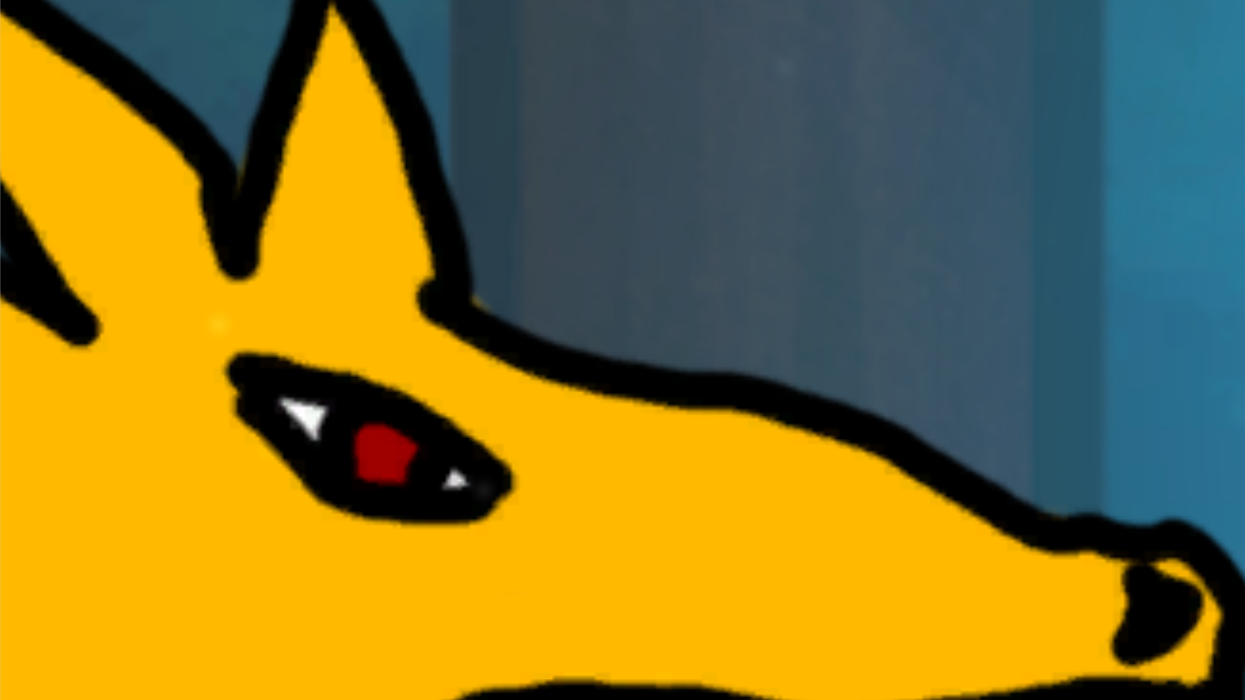 Can you guess who the artist is? Trick question! Jared’s not an artist.

Lastly, design work. There have been a few things going on over here this past fortnight. Firstly, Callan has been dutifully decorating several of the levels that we've constructed thus far, and he’s been doing a damn fine job of it too. Now majority of the first zone has gotten all dolled up, and is nearly ready to head out into the big city lights (after copious amounts of testing, of course). I’ll be jumping on board to help out with some more of these decorations before too long as well. 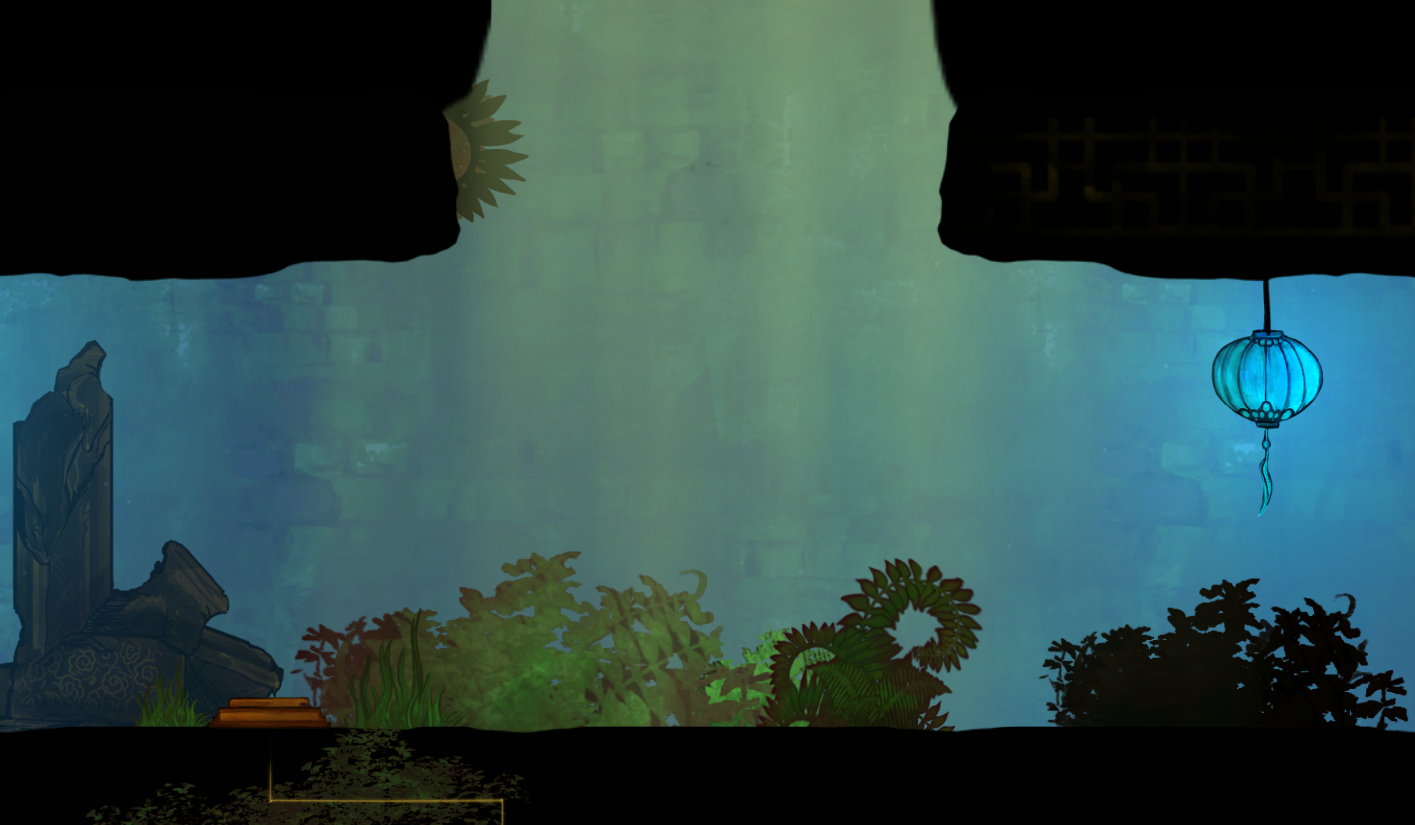 Some of Callan’s Handsome handiwork.

I personally have been working on the last few level designs for the game. There’s only one and a half or so left to do! Then after that it all comes down to construction and decorating, which are the easy (although time consuming) parts! One of the more prominent designs I've completed is a key event involving the antagonist.

The level features the players [REDACTED] from [REDACTED], meaning they have to solve the puzzles within a time limit, otherwise they’ll be [REDACTED] resulting in them having to [REDACTED]. This means that the puzzles in this level will focus on arrangements that aren't necessarily hard to solve, but are difficult to complete fast enough. Should be an interesting way to shake things up! 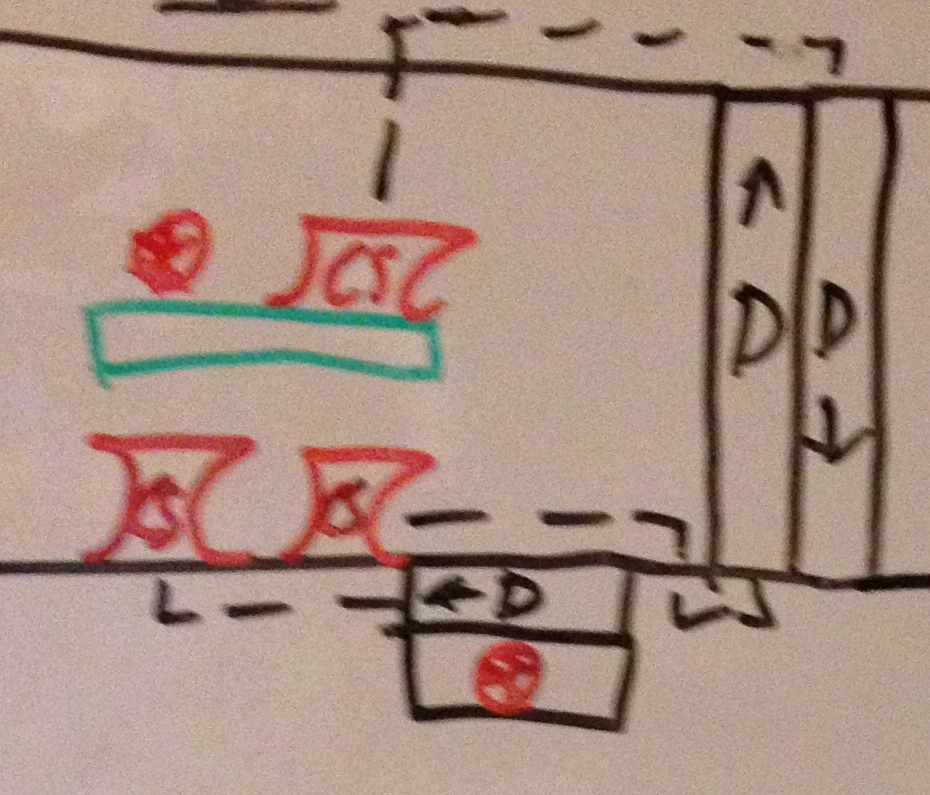 Simple, right? But how will quickly can you complete it under pressure?

An that’s it for this fortnight’s devlog! Now you’re all caught up on how we've been doing this year! Be sure to check in on the next devlog because there’s going to be a lot more to cover! Especially since most of the team is currently on break and is able to focus more on Dyadic than anything else. As the release date draws inexorably closer, we continue to push forward with determination. Will we make it in time? Only time will tell…