In Dyadic, two players find themselves trapped in ancient ruins after discovering a rare and priceless artefact. Both of you want to be the one to escape ruins with the artefact, but you don't necessarily have enough equipment to do it on your own. Will both of you work together to try and solve the perilous puzzles that stand in your path? Or will you forsake each other to try and keep the treasure for yourselves? There’s only one way to find out…

Dyadic is a couch co-op puzzle platformer…kind of. It’s definitely got platforms and puzzles, but you’re not always required for you to work together with your partner. Working together may make your journey easier, but you’ll likely have to give up your control over the Jade Statue, an ancient and valuable relic. So, are you and your partner friends, or foes? That’s for you to decide.

Now, you may be thinking “If this is a local co-op game, I’m going to need several controllers.” But you won’t! You can play the entire game on just one! And yes, both you and your friend will be using it at the same time. Things not going your way? Try and twist the controller to mess with your partner, or to force them into an unfavourable position. Almost anything is fair game*. Not to worry if you’re a bit more traditional though, you can still use a keyboard, or two controllers if you wish.

*We are not liable for any injuries or broken friendships.

Thanks for voting and helping Dyadic on it's quest to become the 2022 Indie of the Year. You are now in with a chance to score some free games. Help this game secure more votes by embedding the widget (or link) we have included below on your favorite sites.

Hey you Handsome Dragons! Jack here, Creative Director of Handsome Dragon Games, in case you forgot since last time. Anyway, I’m here to give you the rundown on our latest update for Dyadic! We’ve got a lot of new improvements being made, and a new Demo too! On top of that, Dyadic is also in even more languages now!

First and foremost, we’ve completely overhauled the game’s control system. Well, the back-end at least. This means that you’ll never have to worry about what kind of controller you’re using again. They’ve all been streamlined and integrated so all you need to do is choose if you’re using one or two (or just a keyboard).

What’s more, you won’t have to worry about certain controllers having weird and unexpected configurations. No more ‘triangle to walk left’ or ‘left trigger to pause’ nonsense. When you play the game, you play it the same on all controllers. Simple as that. 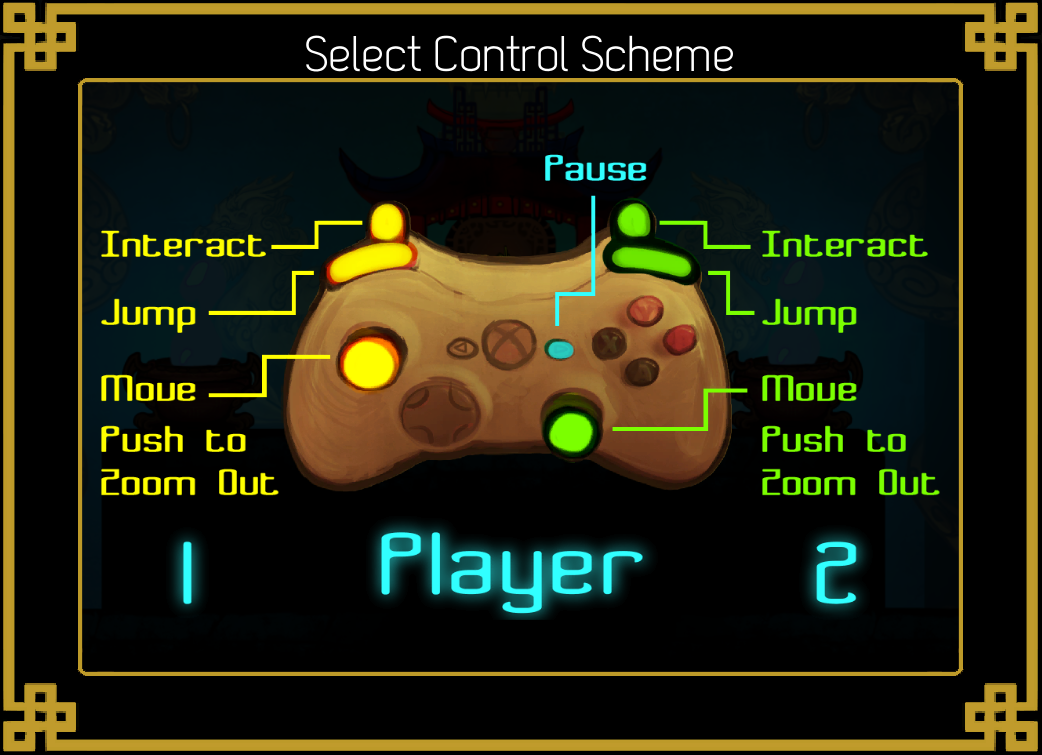 Playstation, Xbox, or weird third-party - this scheme’s got you covered.

Not only that, but we’ve got a whole series of fixes and improvements that’ll make your life easier and better than ever - whilst you’re playing Dyadic, at least. The flow and functionality of menus have been improved, controls, tutorials, and interactions have been tightened up, mirrors have been polished to an impeccable sheen, and moving platforms are no longer devious statue-stealing demons. 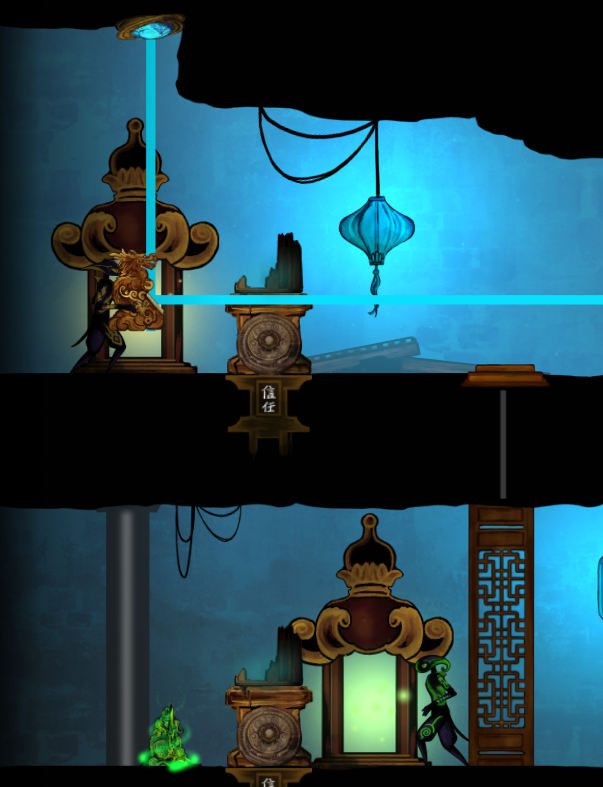 In your hands or on the ground, our improved mirrors outshine their previous selves. 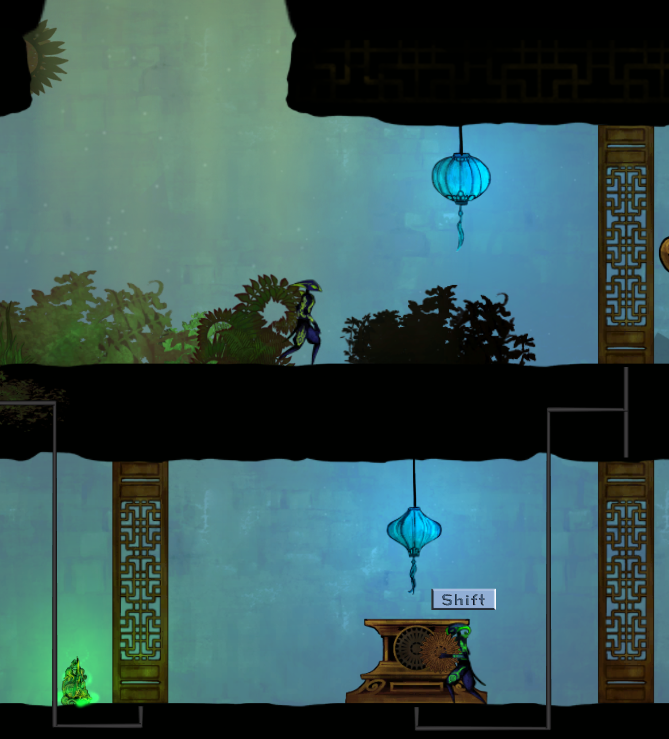 Our tutorial prompts are as informative and ever, and even more responsive! 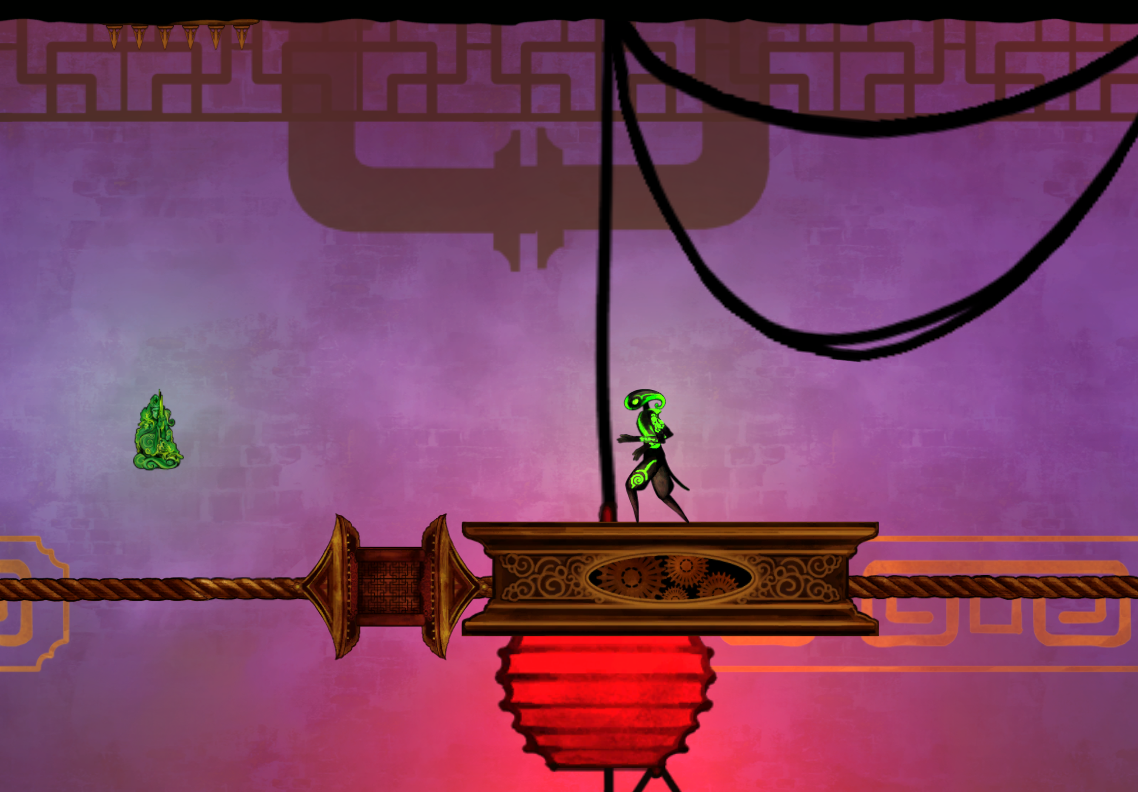 No longer will the statue be stolen from your very hands. Not by moving platforms, at least.

And then there’s even more, ‘The Finale’ can now be played straight from the Level Select. That means no more running through the last level of Zone 3 to get there every time (meaning getting all those achievements just became that much easier). 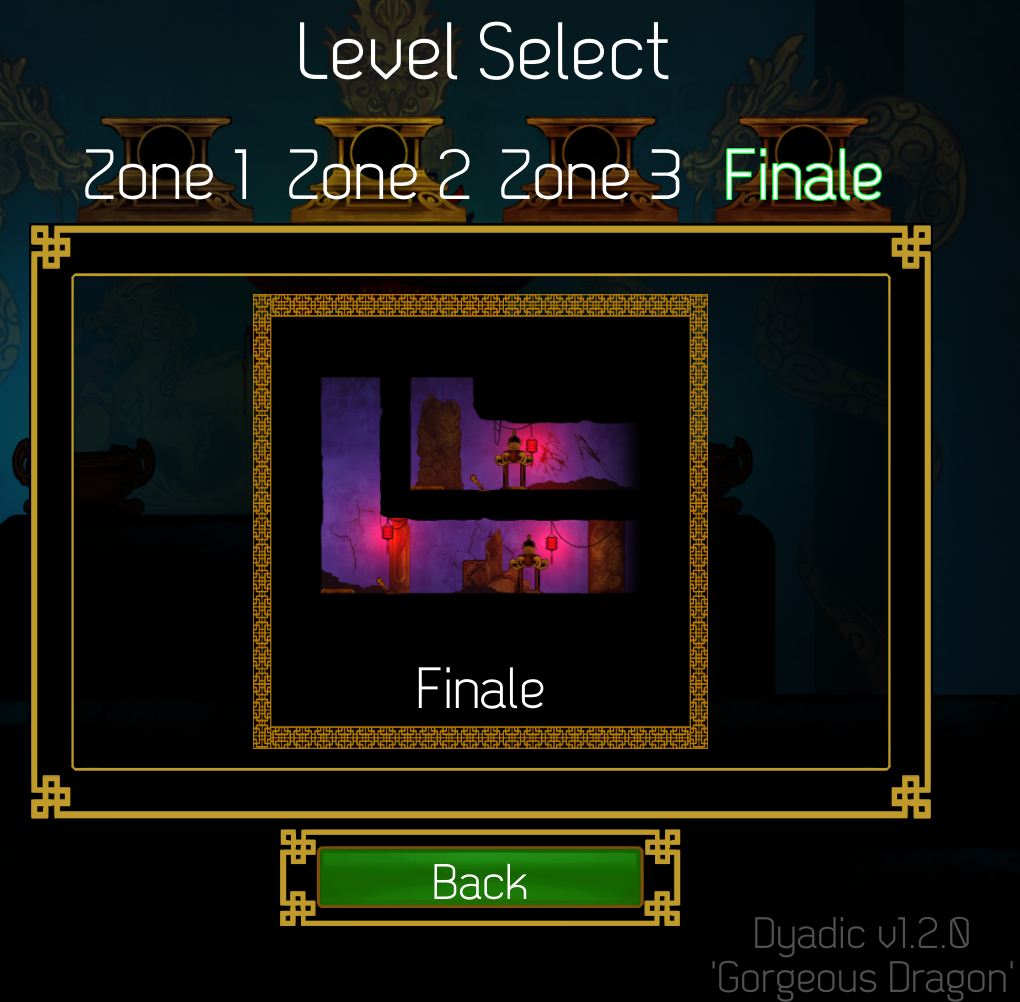 So important it even gets its own Zone header.

For any of our European fans, we’ve added a whole host of localisation options for the game, namely new languages. So if you’d rather be playing the game in German, French, Swedish, or Dutch, we’ve got you covered now!

Lastly, for all of you who still aren’t sure if Dyadic is the kind of game you really want to play, we’ve made a new demo featuring a couple of levels from the game for you try out! And for those that know us, don’t worry, this is the last one. That demo will be live very soon, we’ll make another quick post once it’s up. Don’t miss it!

Now if you haven’t tried Dyadic out yet, you’ve got no excuse not to! 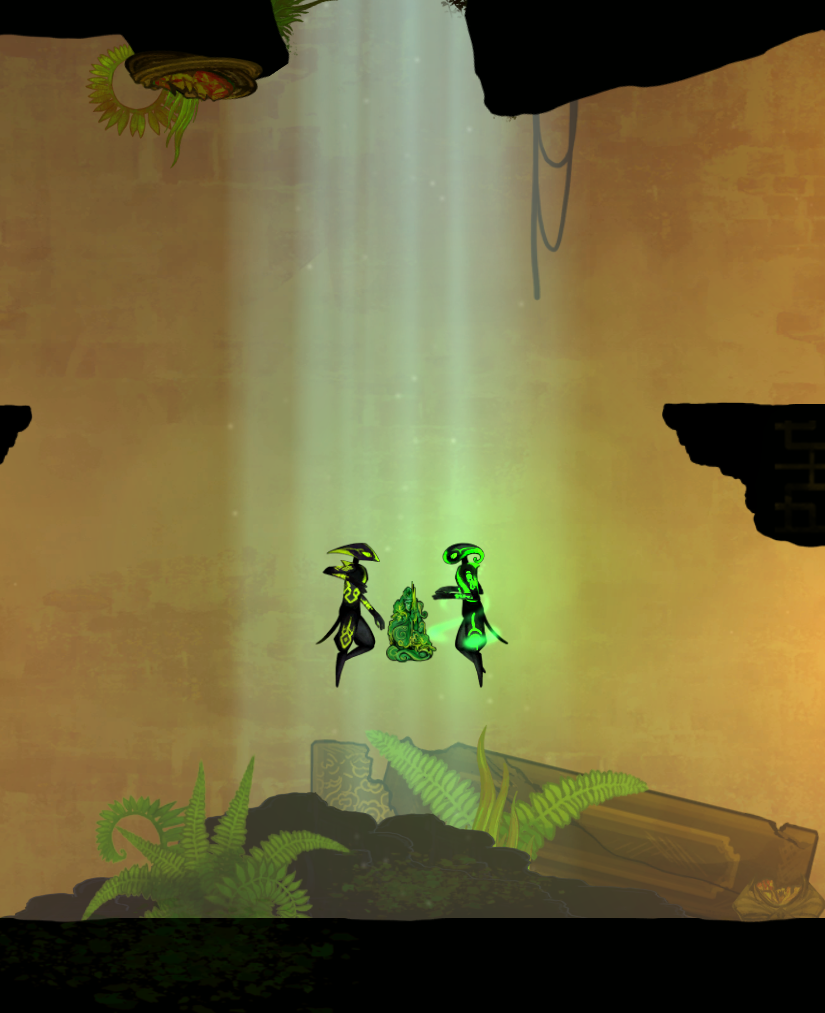 Come on, grab a friend and see who comes out on top!

Dyadic is all done! Come see what we've been up to in the last couple of weeks of development!

Dyadic release is right around the corner! In the final hours leading up to release, we’ve been doing a lot of refinement in a lot of places. Come check...

It’s Alpha time! We’re (just about) content complete! Come check out what we've been doing to wrap things up!

Hey there! It’s a been a big year for us so far, and this devlog has it all! We've got audio, art, programming and design, all wrapped up into one incredible...

My GF and I LOVE this game! Looking forward to future levels ...

It's really great that I noticed this post. Thank you very much again for sharing this informative article. Many thanks,
If you love gaming for unity games kindly visit….
<a > mobile app & game development</a>

A co-op game with a single shared controller. Imagine that after a few beers and a barbie. Australian football in your living room. I will certainly inform all my antipodean mates.

Escape from the Pyramid Platformer