It's been a wild ride for the Membraine team and our stalwart pre-order customers/QA team over the past few weeks. There have been updates to the AI that have really upped the single-player challenge, the Overwatch order was added, the new Battle Squire unit came in, and we brought in a terrific new Skirmish (balanced forces, pitched battle-style) desert map. If you haven't tried the Alpha in a while, you've been missing out! 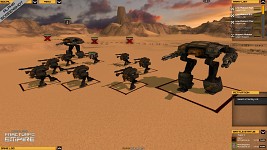 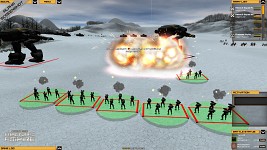 If you haven't already seen the new features that were added in build 35, you have some great additions to look forward to!

These interface additions brings Exodus Wars: Fractured Empire a lot closer to our vision for the game as it adds virtually unlimited replayability, especially as new units are added to the game. We can't tell you how excited we are to have finally reached this major milestone, and we hope you get a lot of enjoyment out of playing the game with your own tailored force lists. 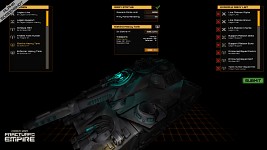 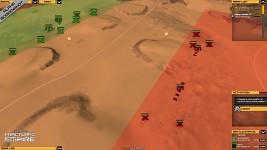 First major revision of the user interface
With this latest release, we began the process of revising our user interface (UI) to bring it up to a professional standard. Gone are the old standard, placeholder UI elements, in favour of a far more appropriate interface with a hot new look-and-feel. 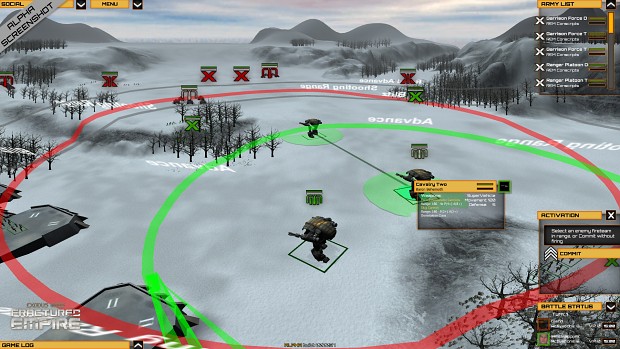 Introducing new Guild units: the Enforcer and Elektra heavy tanks and the Trident tank hunter
The Enforcer Urban Pacification Vehicle (or, as it is commonly known, the Enforcer heavy tank) is considerably better armoured than its smaller brother, the Achilles MBT, and carries a 200mm Gauss Cannon capable of penetrating the armour of any foe on the battlefield, albeit less effectively than its anti-armour specialist sibling, the Elektra heavy tank. Its supporting armament of smaller calibre weapons designed to automatically track and target enemy troops give it a terrifying presence in close assaults. 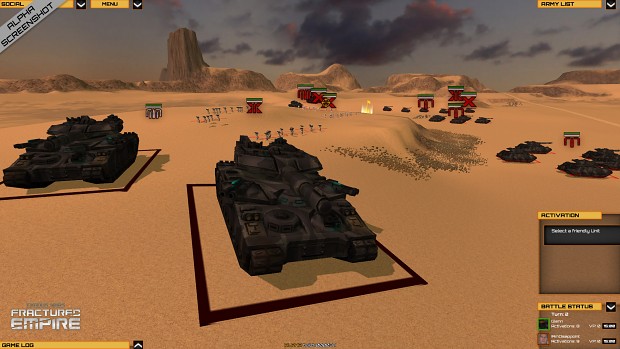 A behemoth killer, the Elektra is designed to hunt in packs against enemy behemoths. The Elektra’s main gun is capable of tearing through any armour like it was paper mache, and so the Elektra is greatly feared by the Royal Empire’s nobles as, due to its low profile, it can often catch them unawares and inflict crippling damage before a behemoth’s crew can respond. While based on the same hull as the Enforcer, the Elektra has had to replace its defensive sponsons with reinforced power couplings, generators and heat sinks in order to power the devastating might of its main gun, and so it is ineffectual in close assaults.

A deadly countermeasure to enemy armour, the Trident sacrifices the versatility of the Achilles in order to mount a single large hull-mounted 90mm L202 Gauss Cannon. Its armament is ill-suited to tracking enemy infantry, but it really comes into its own against enemy vehicles. It is an excellent low-cost counter to enemy armour. 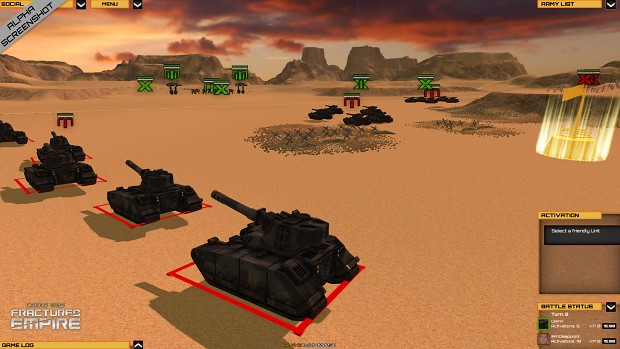 We hope you will vote for us on Steam Greenlight and consider pre-ordering via FracturedEmpire.net or Desura.

I've already had some good fun with my Behemoths. But I am wondering, now that unit profiles are more easily acessible. Is there a section somewhere that easily explains the various attributes? Range and Movement are rather obvious. But what about the A(3+) or Defense 6. They are a little more obscure. My guess would be that A = Armor and P = Personel, the bracketed number is wound roll required and that defense is basic damage reduction. But It would be nice to get it cleared up perfectly. :)

Hi @Rikkano. Apologies for the slow response -- I just saw your question now.

In-game "help" will make its way in before too long, but in the interim, I'm planning on doing a PDF User Manual that will be packaged with the game files. That will have in-depth descriptions of the game mechanics.

For example, exactly how Devastation Class weaponry works, how Suppression Count works, why you would want to "prep for assault" before performing a Close Assault...all of these things will be explained in detail in the User Manual (which I'll hopefully have finished by the end of the week). :)

Let me know if you have any more questions or would like further clarifications. Thanks for your interest! :)