Our unit recruitment mechanic is fairly unique because we have no base building or resource gathering. One of our mantras when designing the system was "Time as a resource". The idea being that the time it takes for a unit to come onto the map is the primary measure of cost. To that end, we had to design an atypical GUI to give the player information about their pending reinforcements - namely what territory they would arrive in and how long they had left on their cooldown timer.
There were two shortcomings in that system until this past week: 1) we didn't have a mechanism for the player to cancel a pending reinforcement request and 2) there was no way for the player to see what loadout the incoming squad had before it came onto the field. I resolved these this week by adding functionality to our cooldown UI to give loadout previews when hovering over a timer and allowing the player to right-click on a timer in order to cancel a request for reinforcements. Handy right? 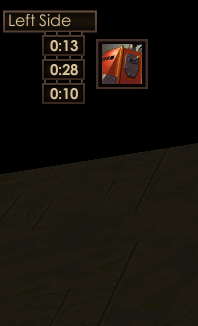 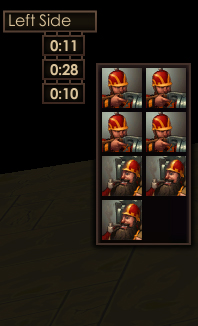 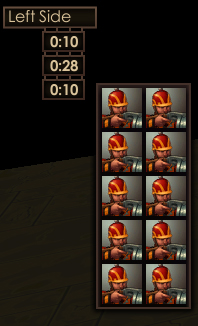 We have been toying with the idea of making the switch over to Unity’s physically based rendering for a while now. I took a bit of time this week to rework the textures for the bank as a test. The upside is that (at least in my opinion) it looks abundantly better, with the caveat that I will be sidetracked for a time. Hopefully not too long if I can get into a decent rhythm. I have two side by side comparisons between the new PBR shader (left) and the old shader (right).

I spent this last week finishing the hospital model, which means tweaking and optimizing the model. It's about as fun as it sounds.
Having finished the optimization I moved onto unwrapping the model, so Todd can make a good texture for it. With the hand painted look we are going for, I have to give Todd as much room as I can for him to work with.
This particular model makes for an interesting challenge as it is the largest building to be put into the game so far, so that means I have to be very careful to make sure the right things get emphasized in the allocated texture space.