Fractured State is an urban combat real time strategy game that takes place in the pseudo diesel/steam punk decay of the nation of Laperia.

After discovering a volatile but naturally occurring mineral which their leaders coined "Laperite" the nation grew enormously in wealth and influence with an explosion in technological advancements. The engine of their sprawling cities runs not only on Laperite - and it's purified liquid form Laperium - but also on the backs of slaves, prisoners, and those deemed "unsavory" by the Industrialist Guilds.

The largest group in the labor force is made up of the followers of an ancient religion which idolized the relics of a civilization that has long passed. One opportunistic man will band these followers together and form the Children of the Ancients. Laperia is suddenly faced with a revolution and all out civil war.
Post article RSS Articles

We officially launched our Steam Greenlight campaign this morning! Check out the new trailer below and then please go vote Yes for Fractured State! 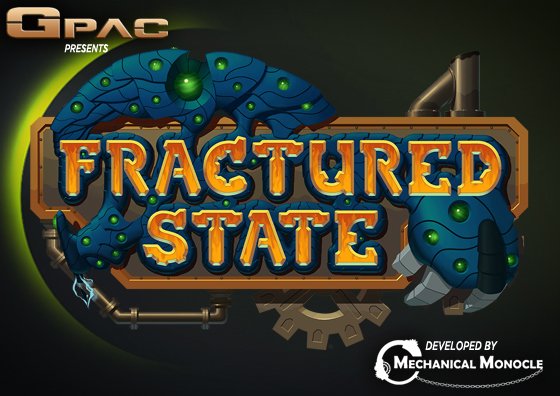 This week: Keybindings, PBR Barracks, and the Hospital, unwrapped!

Such a cool concept and really love the modeling video!

Oh man, I've been tracking this for some time now, and it just looks epic.

I have to agree with Elite, this is looking fantastic. Can't wait.

LOL, after the video ended it went back to the inicial image of "Which, in game will be..." and an advertisement of CoD: Black Ops 2 thing appeared with the soldier down on the knee firing, and I was like O_O? for a second xD

can you actually try out doing this as a mod (or official expansion if the developers agree, last year they made a mod into an official DLC )for the game "Mount&Blade : Warband" since the game is very moddable game and the singleplayer mixes RTS with some Third-person medieval combat fighting game for battles.. and the multiplayer is the usual DM,TDM,CTf and battles and sieges and even some mods that players made such as invasion, sea battles, etc.

Our goal has always been to make a game with a flexible modding API and to support the mods that come out of the community. I'm not sure what our motivation would be to make a mod instead of a standalone game.

So, is it a RTS game with nation building?

While we do have ideas for some persistent elements in the game we currently have no plans to implement a nation building mechanic.

Love the concepts, looking forward to seeing this develop further!