After a bit of a long break, development has begun again on Valchion. Hurrah!

Long time no post! So, I've been working on this, a 3D GBC-styled Zelda-like action adventure game for quite awhile now. I left off of it for a little bit because of some other things getting in the way and me just thinking it was too big to complete (it is rather large). However, now, I've changed my mind on the matter, and have restarted development.

When I played other indie games, I saw just how developed mine was, even though it's still relatively early on in terms of the development of the game's plot and storyline. I saw the facets of the game that I had been overlooking because I'd been developing it for so long. I saw my game had maps that seemed to be all fun and unique - it was interesting to look through all of the areas. Anyway, I think I just grew to appreciate it more.

So what have I been doing for the past few weeks since I restarted developing? I've done a bit, I think. 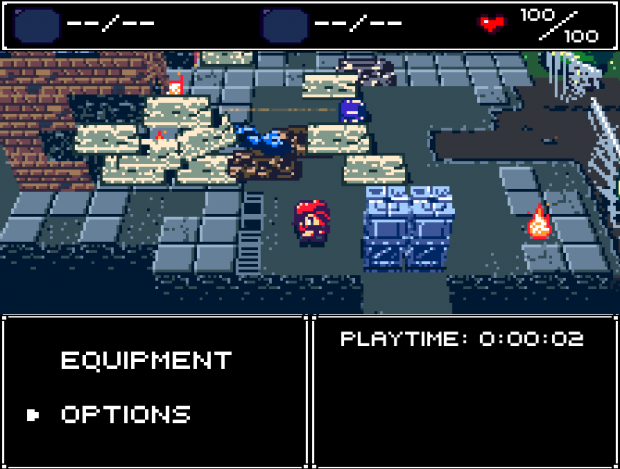 For one thing, I started work on a pixellation filter to give the game that "low-res" feel. It was a bit difficult to get up and running, and it still isn't completely perfect (the effect doesn't scale with the screen resolution currently), but I like it so far. It'd be really cool if I could pull the effect on just the 3D objects and leave the characters alone, but alas, I don't think that's something I can do effectively or efficiently.

I'm moving the game over to GLSL mode from Singletexture mode. It's a bit of work, but what this means is mainly more accurate lighting and dynamic shadows. I used to have my own lighting system that I was using, which was good, but it took a lot out of the CPU to do; that time could be spent on more accurate, more interesting shadows rendered by the graphics card. Note that it's not without it's disadvantages - you'll have to have a GLSL-capable graphics card now to play the game. So, this probably wouldn't run well on laptops and the like. However, it's starting to look tons better, in my opinion.

Besides that, I've mainly done little tweaks to the gameplay, adding maps, things like that. 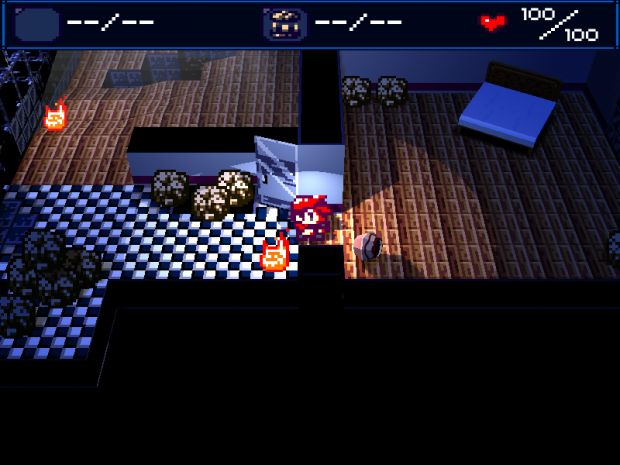 Anyway, here's a devlog video showing my progress so far! Thanks a ton for watching my progress as I embark on this game creation path that I've started on so long ago, haha.

Note the game's still unfinished, so I know that it's still looking rough around the edges for the new lighting, the controls of the old demos I've put out, etc., etc., but hopefully I'll be able to really make the game shine while it's in development.

Holy cow, I remember seeing early pics on tigsource and now seeing all the progress is incredible. Really glad you're picking it up again and hope it continues!

Thanks a lot! It's been a long time coming, haha.

Ok, i remove what i said, the lightnign does look sweet :D

Everything is looking great, the only concern from an earlier build that I had was that the learning curve was too steep. Everything was just thrown at you, and it didn't build up. I really hope this games is meant for retail, I want you to get paid for this beautiful game. Please fix the beginning to something more understandable. Hopefully this comment is not too in the bad direction, I love your project.

No, I appreciate constructive criticism. Thank you very much for the feedback - I'll see about slowing down the speed that the game progresses a bit.

Keep up the good work Solar Lune, this will be a great game.