Now that I'm back from vacation, I have jumped back into coding new features and fixing bugs! I plan to start posting more frequent media updates to give everyone an idea of my progress and what I am currently working on. Also, for anyone interested, Founder's Access is now available. Check out my itch.io project page for a reminder of what is included in the purchase.

Now that I'm back from vacation, I have jumped back into coding new features and fixing bugs! As an aside, I must admit that I also spent a couple of evenings attempting to recreate E1M1 of DOOM in RPG in a Box. :) 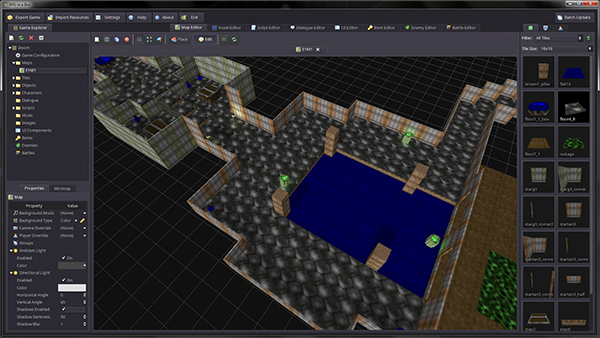 It's something I've been wanting to try for a while now, and I finally gave into the desire. For the wall and floor textures i just shrunk down the original assets in Photoshop and imported them into the Voxel Editor from PNG images. The objects (barrels, armor helmets, health potions, etc.), I created from scratch along with some glowing animations. 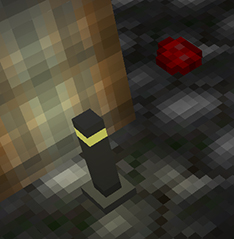 I plan to revisit the idea at some point, but I've put that to the side for now so I can focus on development. One of the things I am going to try to do going forward is post more frequent updates of media (screenshots, animated GIFs, etc.) to demonstrate what I am currently working on or have finished implementing. I'll be posting these smaller updates primarily to my social media sites, specifically Twitter, Facebook, Instagram, Tumblr, and Google+, as well as my IndieDB images gallery. I will still be posting larger updates like this one to my main website and IndieDB page every once in a while as I have been in the past.

Here's a look at my last media update:

I recently implemented support for idle animations for your characters! I was quite surprised at how much life something so small can add to a game, so I am excited to get it released. Here's another example of an idle animation that I added to the quad bike from my recent "Getting Started" guide. I also tweaked the driving animation so the character leans forward a bit on the bike. :)

I hope to put out a new screenshot at least 2 or 3 times a week to keep everyone up to date on my progress, although it will be somewhat based on my schedule and when I happen to be working on certain features.

For anyone who is interested in being a part of Founder's Access, it is now available on itch.io! The first release that I pushed out, v0.3.1.1-alpha, contains several bug fixes and other change as listed below. I am already well into v0.3.2-alpha, which will contain a few brand new features, like support for idle animations that I mentioned in the previous section.

For a reminder on what is included in Founder's Access (or to purchase!), check out the RPG in a Box project page on itch.io: Zeromatrix.itch.io. I am currently working on a list of changes and features I'd like to take care of (some of which are already complete) before releasing the software on Steam Early Access. So if you have a game idea that you think RPG in a Box would be a good fit for, or if you just want to get all of the latest updates and help out with bug testing, the support would be greatly appreciated.

Once again, thank you for your feedback and encouragement! If you have any questions feel free to ask.