Happy New years! We are so excited for 2020, and we plan for it to be the best year for Foxhole yet. Many of the staff are still some on some well-needed vacations, a few of us were getting over illnesses. We plan to be all hands in the office next week or so, and plan to go right into development. In the meantime, here are some things that we have been working away at.

@MattIf there's one thing that I find myself constantly fiddling with, it's the water visuals. Before we broke the map up into 23 regions and lined everything out, I thought I'd be done with it. Then, having to rebuild everything for the new world, we couldn't properly support many of the new pieces we built, nevermind future iterations. Every map and body of water was too custom, too tweaked and adjusted. At the time I just hacked something together.New Vs. OldComing out of the winter update, I knew I would have some time to tackle a bit of an involved visual project—I didn't take any extra vacation time this year as I usually do—so I decided to rebuild the water visuals. I know a lot of people are going to start thinking this means a complete overhaul of water-based gameplay or something, so before you get too excited, know that this will be just a visual update. My hope is that it'll make water gameplay feel fresh, but it's more of a coat of paint. Let's talk about what it means to build an ocean for a game like Foxhole. Water, on its own, in an isolated or very custom map (think, say, a linear single-player game or a Call of Duty map) is easy enough. Well, as easy as a water material is to make. Building a highly custom set piece is actually not the most demanding task, aside from the time to put all of the pieces together. A big open-world-sandbox game like Foxhole, on the other hand, can be quite troublesome. 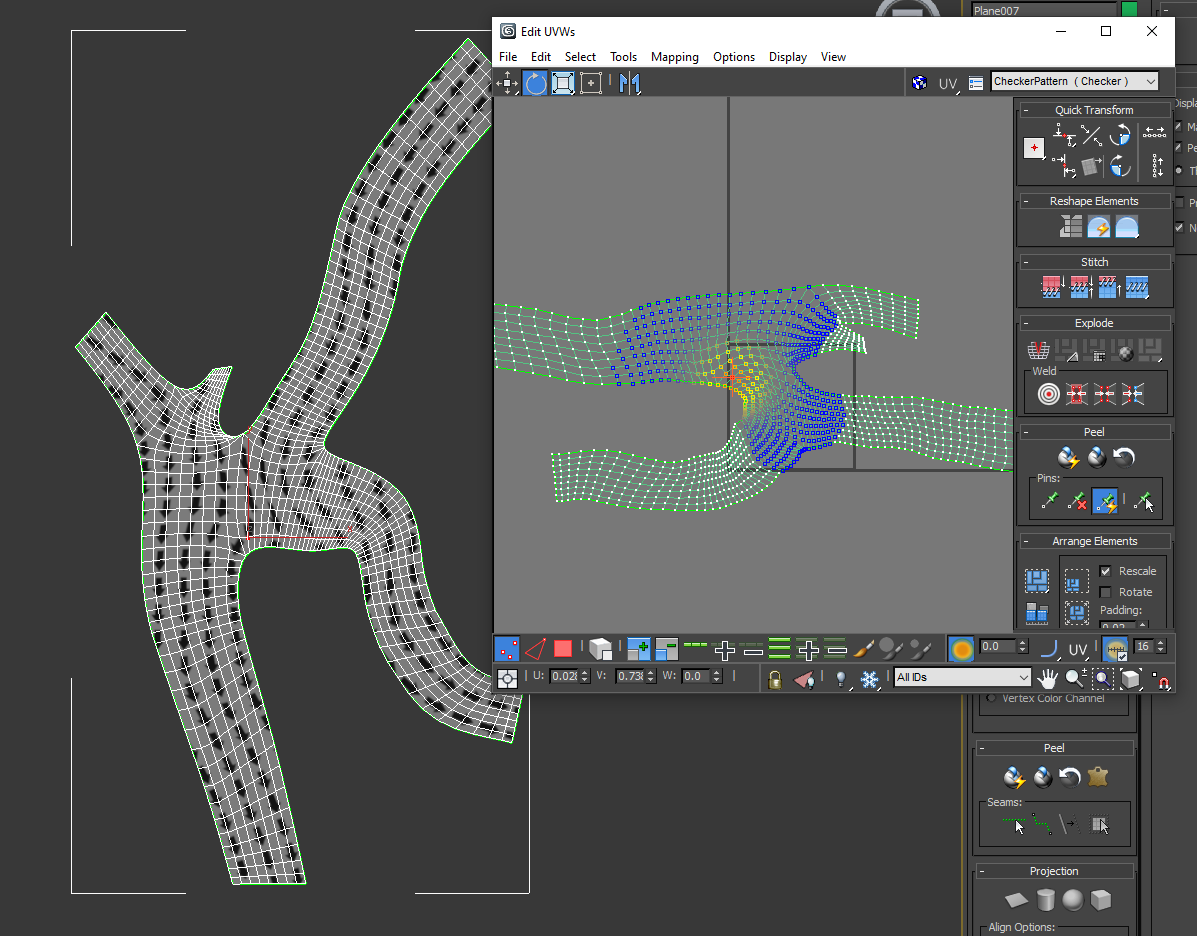 Some UV work done for rivers.

The reason for this is that your assets can't be made custom for every individual part of the game. It needs to work dynamically for any situation you put it in. There can be minor customizations for specific scenes, (Drowned Vale, for instance) but overall the tech needs to just work. On top of that, reflections and highlights and all those fun things in physically-based rendering, don't work great when the camera is pointed perpendicular to the surface. This aspect was particularly challenging. One of the best instances of ocean water I've seen in a complex open-world game where water isn’t a major focus is in Assassin's Creed Odyssey. As a game artist, I can tell they had some of the same struggles we do, but what makes their ocean scenes so good is twofold. One: uniformity. They know their limitations and work within them. Two: experience. These teams have been making exceptional oceans since Black Flag. 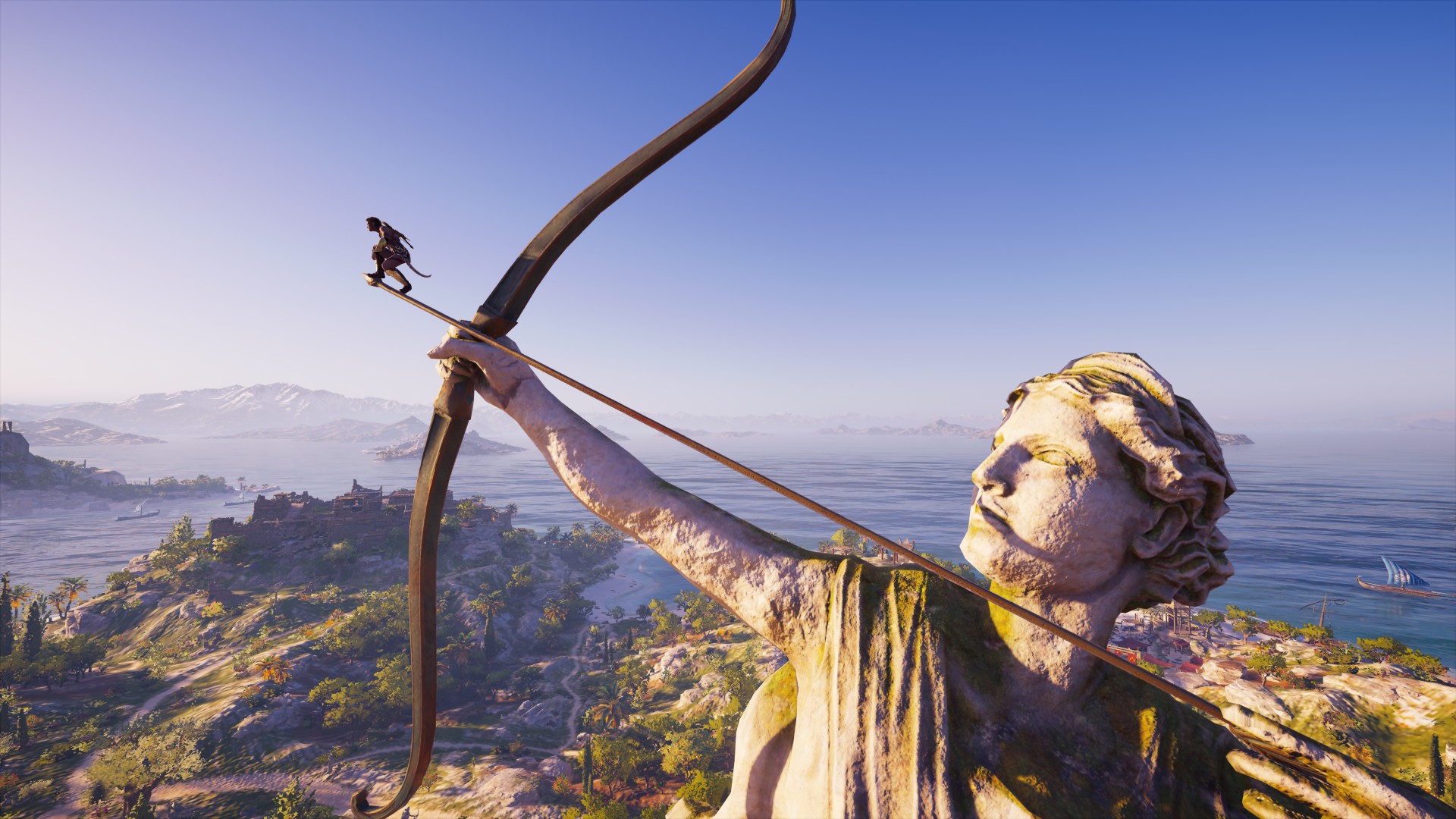 My hope is to capture even a small fraction of that in Foxhole.So, the goal was to create a more uniform looking ocean. To make it work better for a top-down game. To make the difference between shallow water and deep water explicit and obvious. To improve the overall look while working within the boundaries set by the game while optimizing the pipeline.One of my earliest inspirations for the look was Dunkirk. I absolutely love the frothy seafoam cascading over grey choppy waters. Adam also brought these amazing resin miniature sculptures to my attention and I thought the way they came across would be perfect for Foxhole. Here is a small selection of references. I think we've come a long way. While there are several areas I'm still looking to improve on (adding actual cresting waves to shorelines, for instance) I'm excited to share a few progress screenshots, and hopefully, get everyone swimming in it soon. 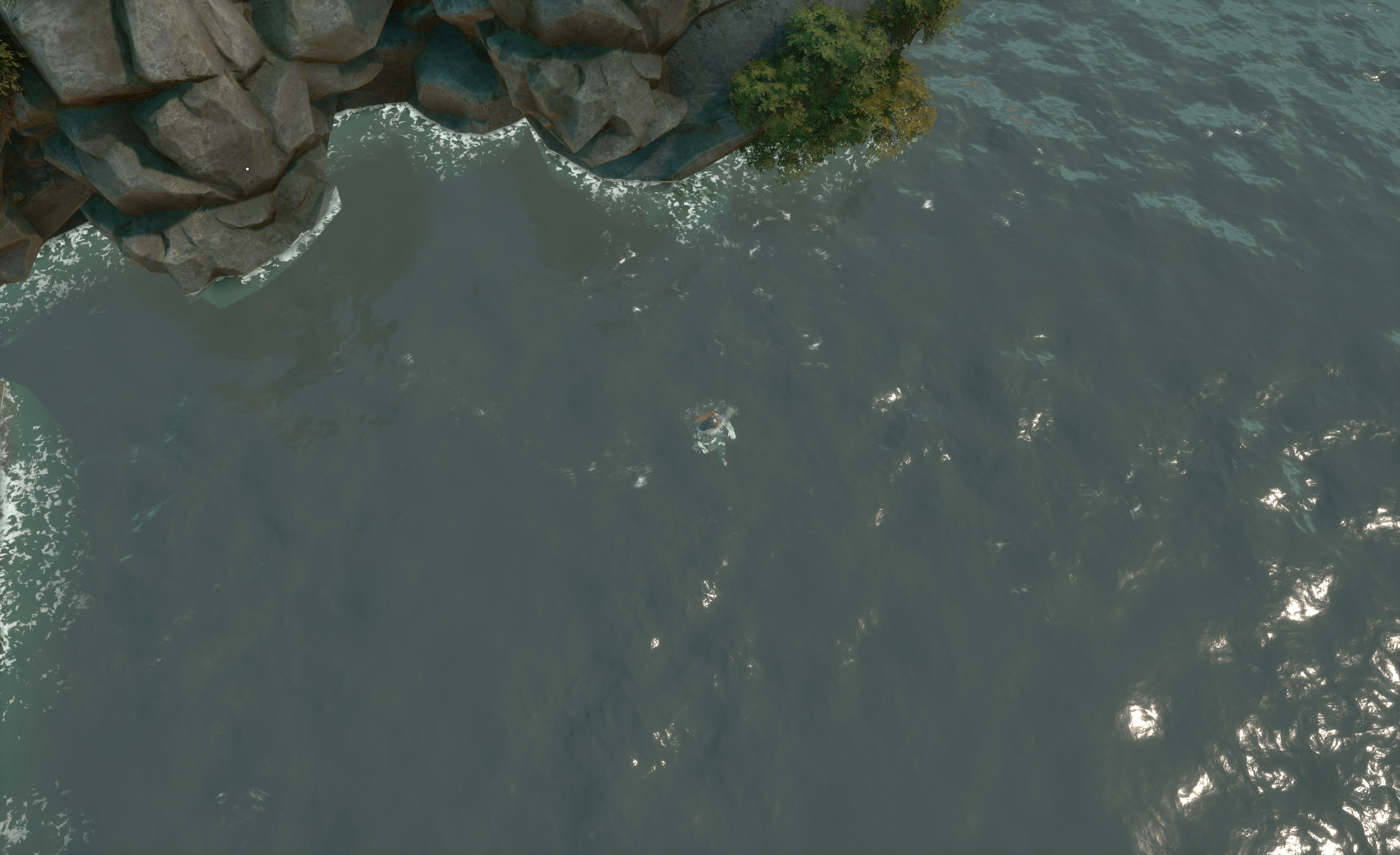 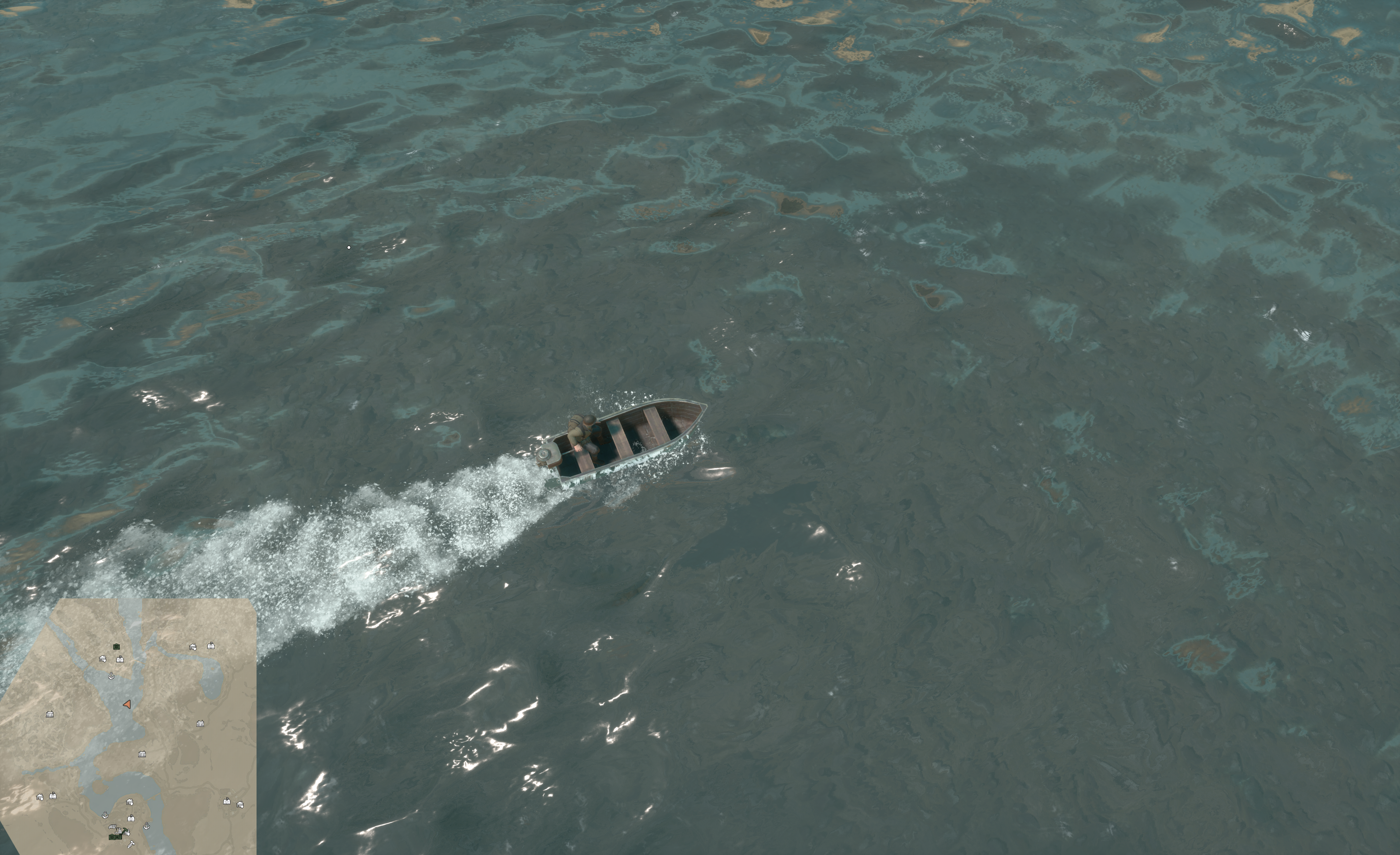 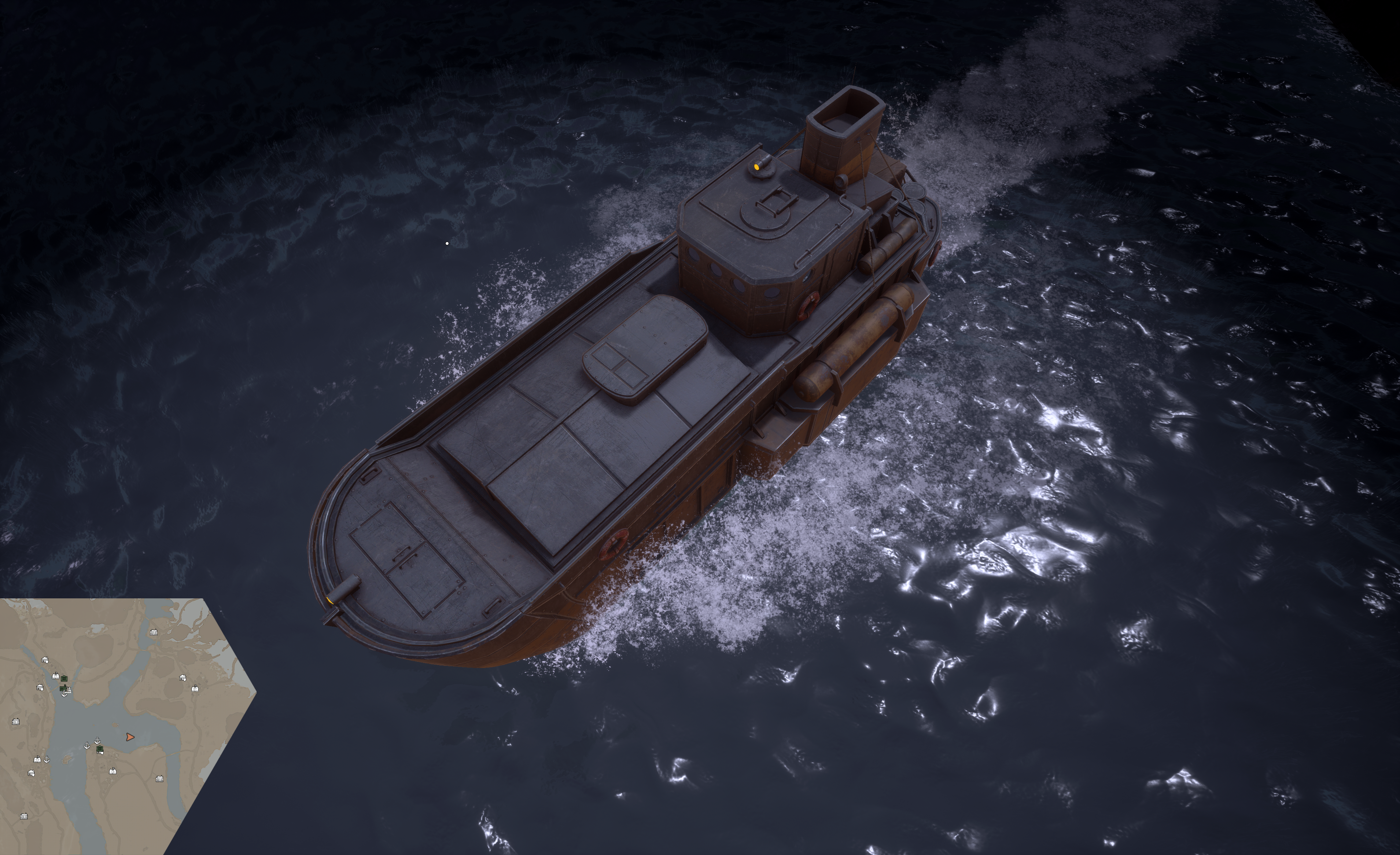 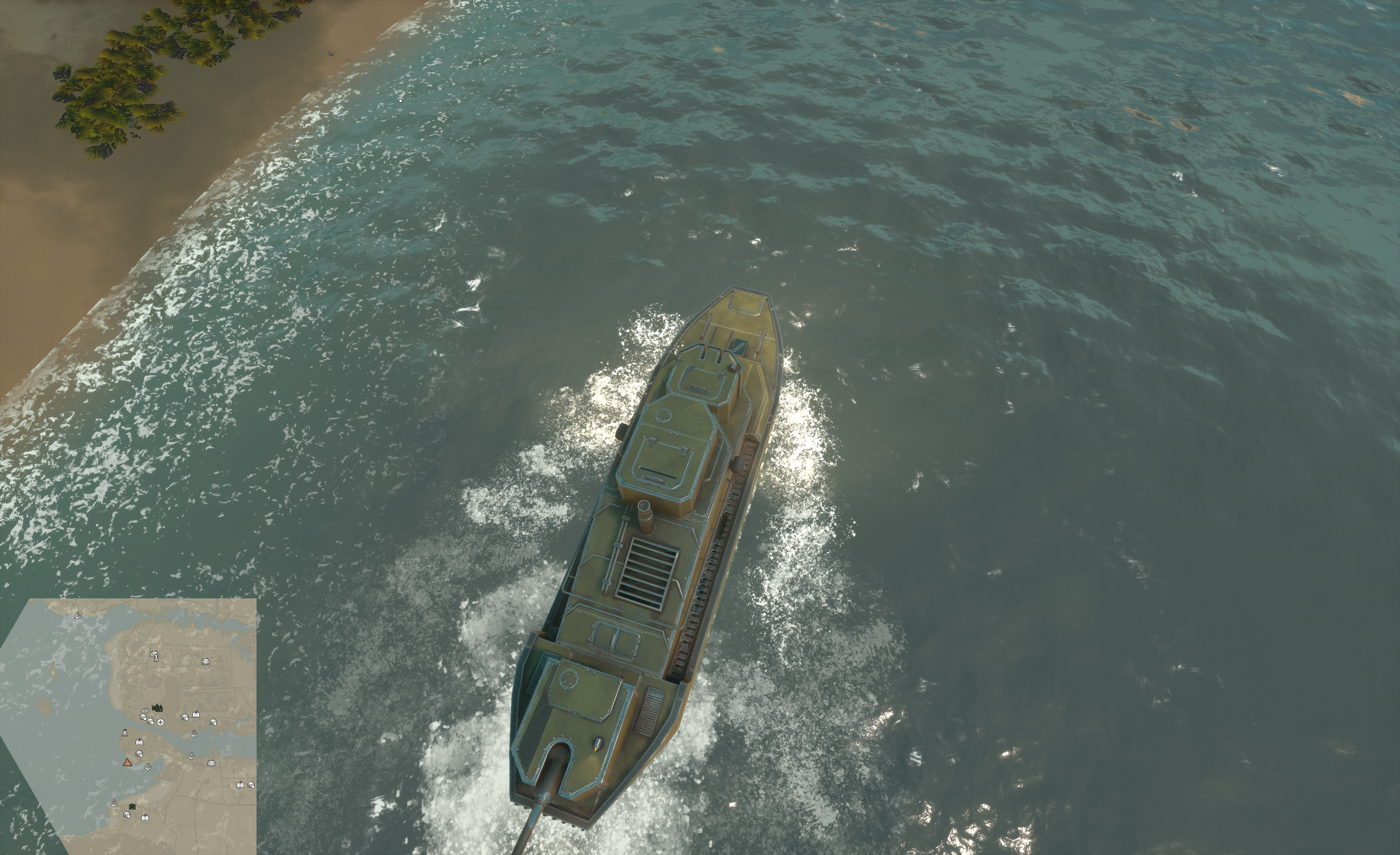 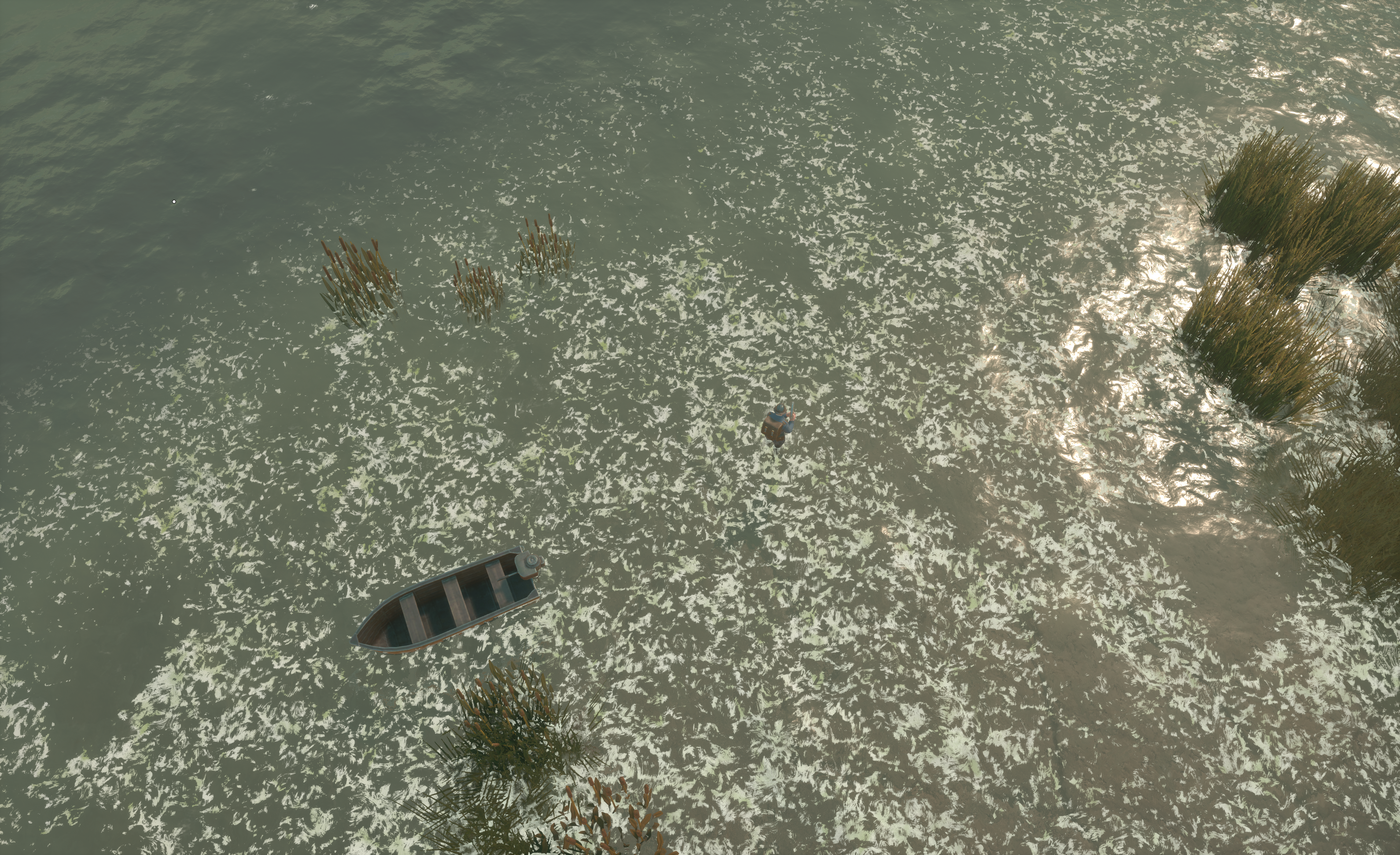 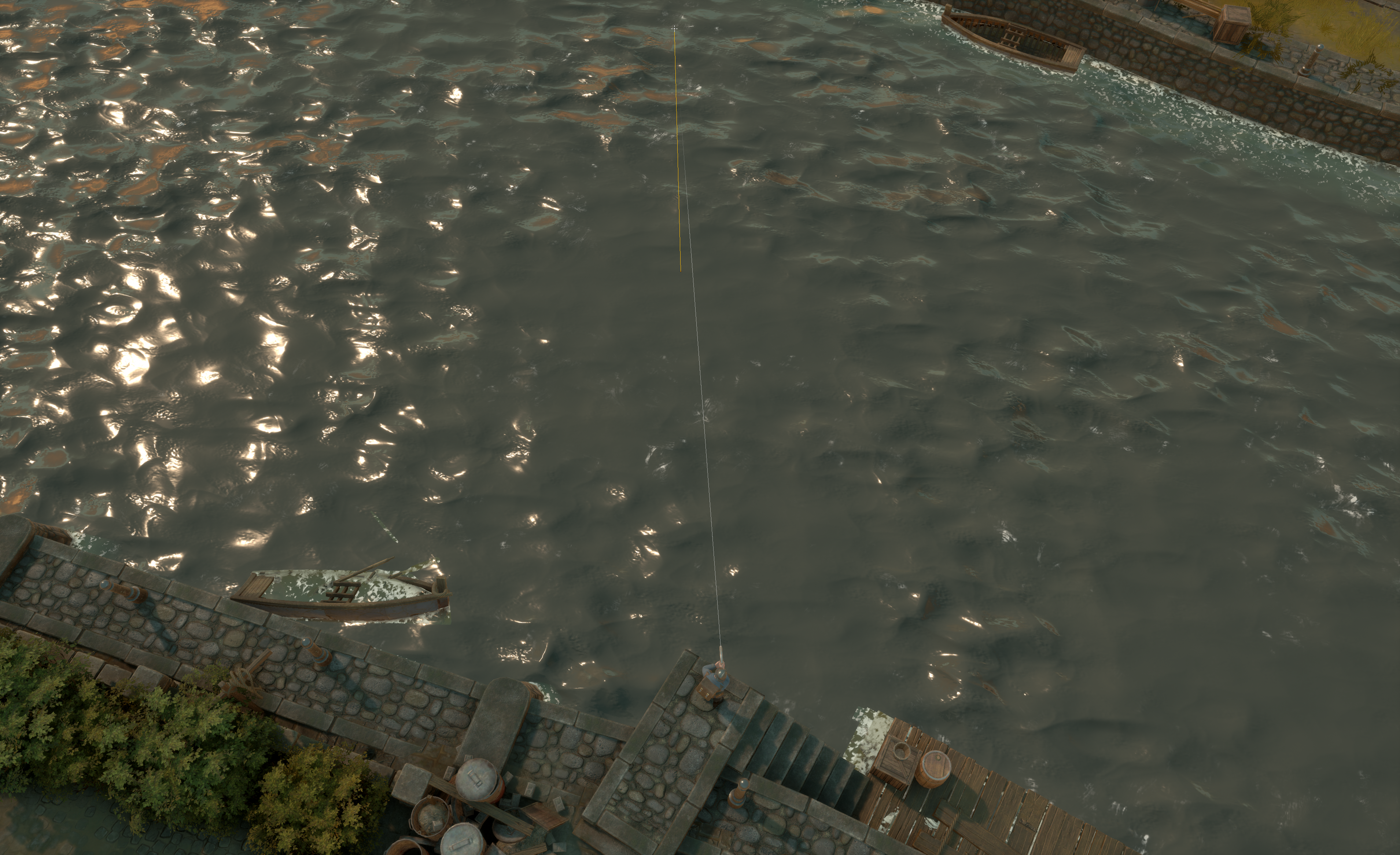 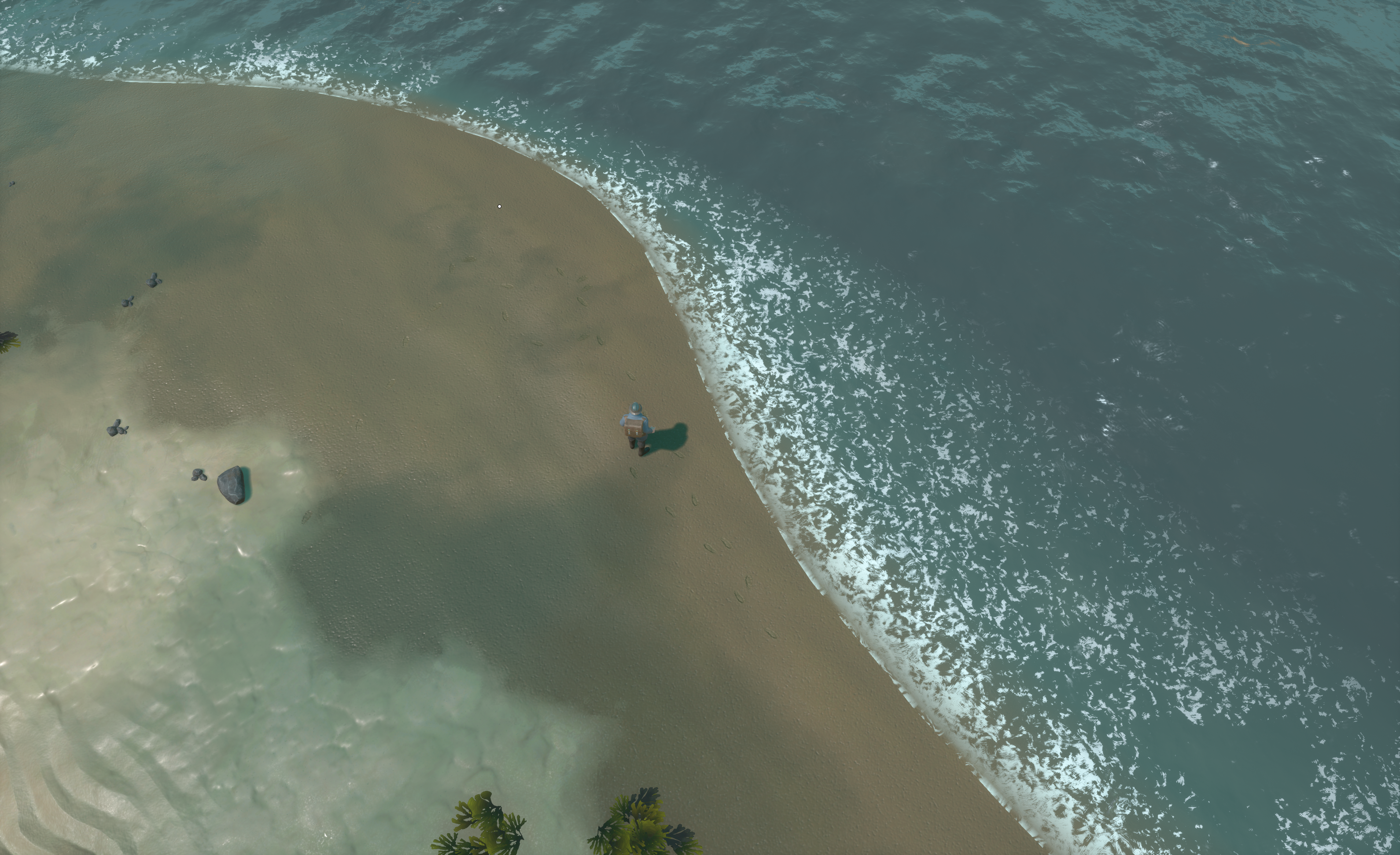 @Adam Our goal over time is to add more features to the game that minimize the on-field hammering and encourage more backline production, utilizing the construction yard more. We want to encourage ways for trenches to serve as deployment points for manned defenses and ultimately become player-made bases. We are chipping away at some things to move the needle on this and we are excited to show you the first few iterations on the idea. Emplacements:We plan these to be upgrades that will work with the trenches, and allow players to deploy new structures inside of them. We are also toying around with the idea that these emplacements can provide “buffs” like armor mitigation and increased ranged for deployed structures inside of them. 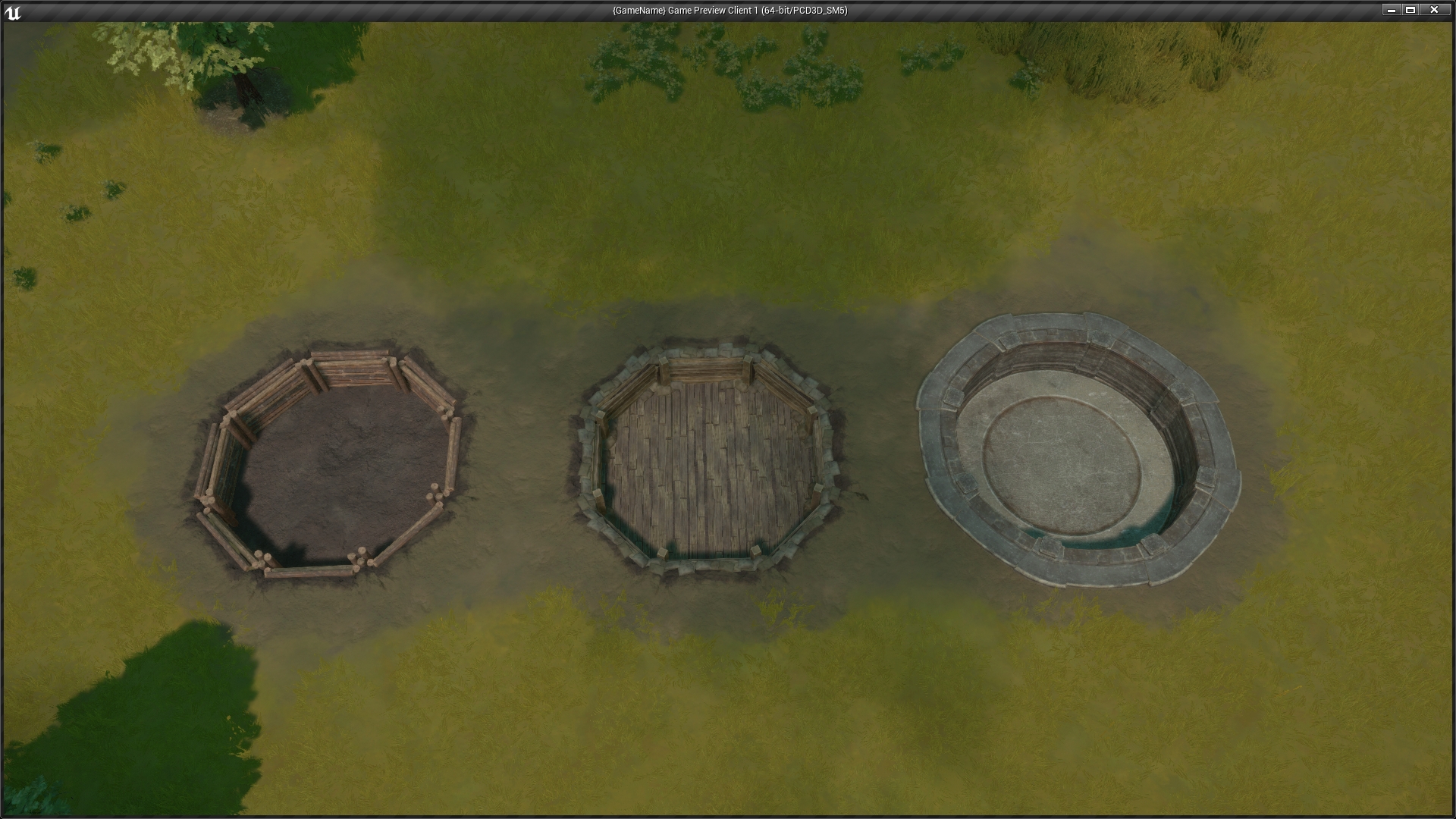 We plan to pick up where we left off with trenches and expand on the “snapping” system for trenches. In this iteration, emplacements offer the ability to snap trenches to each of the faces of its octagonal shape. We want players to be able to fulfill their trench digging fantasies, as well as offer more robust ways to build. 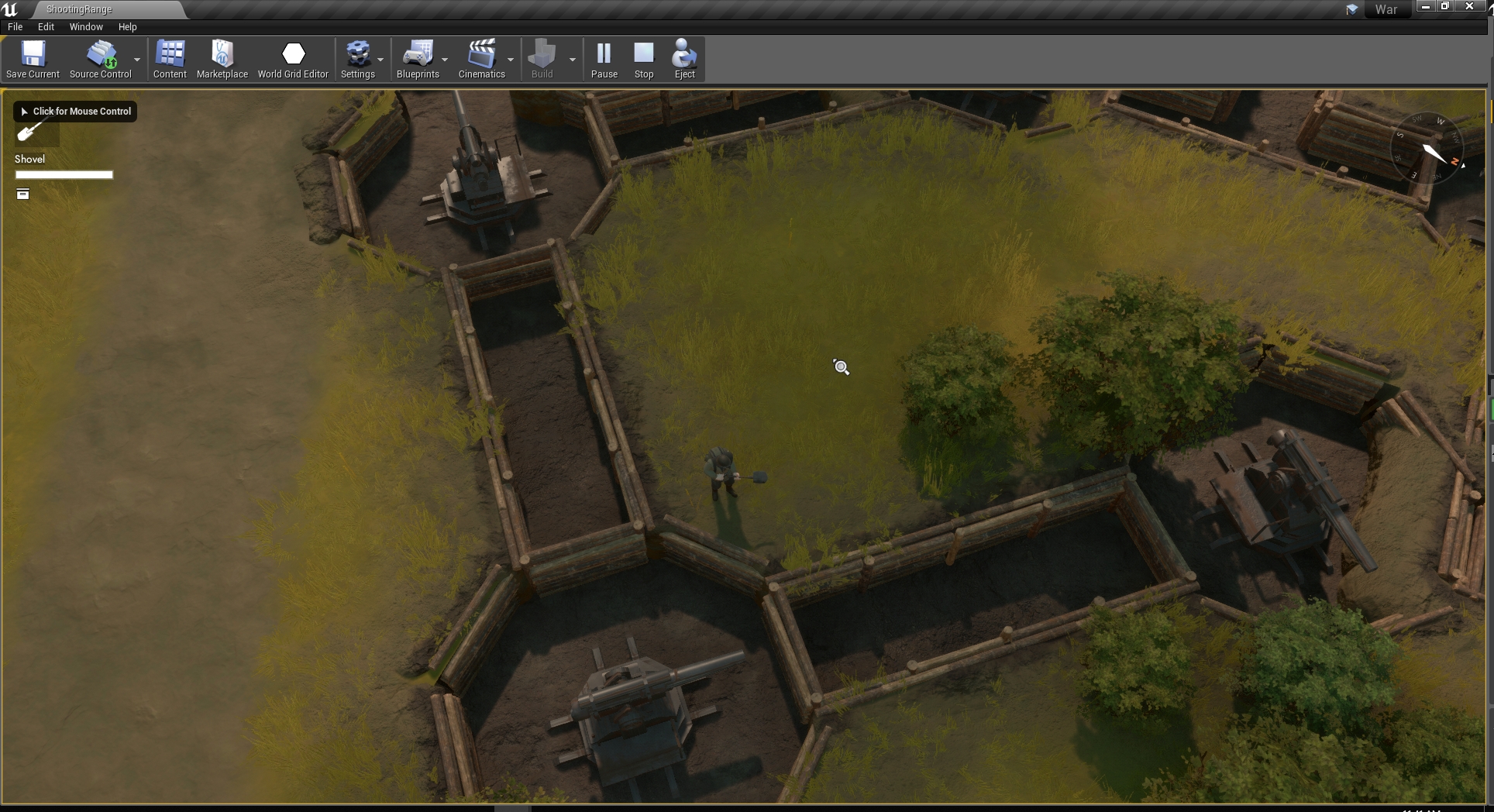 Emplaced Structures: To execute on that original idea stated above, we plan to make more field structures shippable instead of buildable. Ultimately these structures being shippable means they can be moved up or back on a front line, creating re-use but requiring more logistic forethought. I foresee players considering if a crane can get access to an emplaced structure will be something that is under consideration. 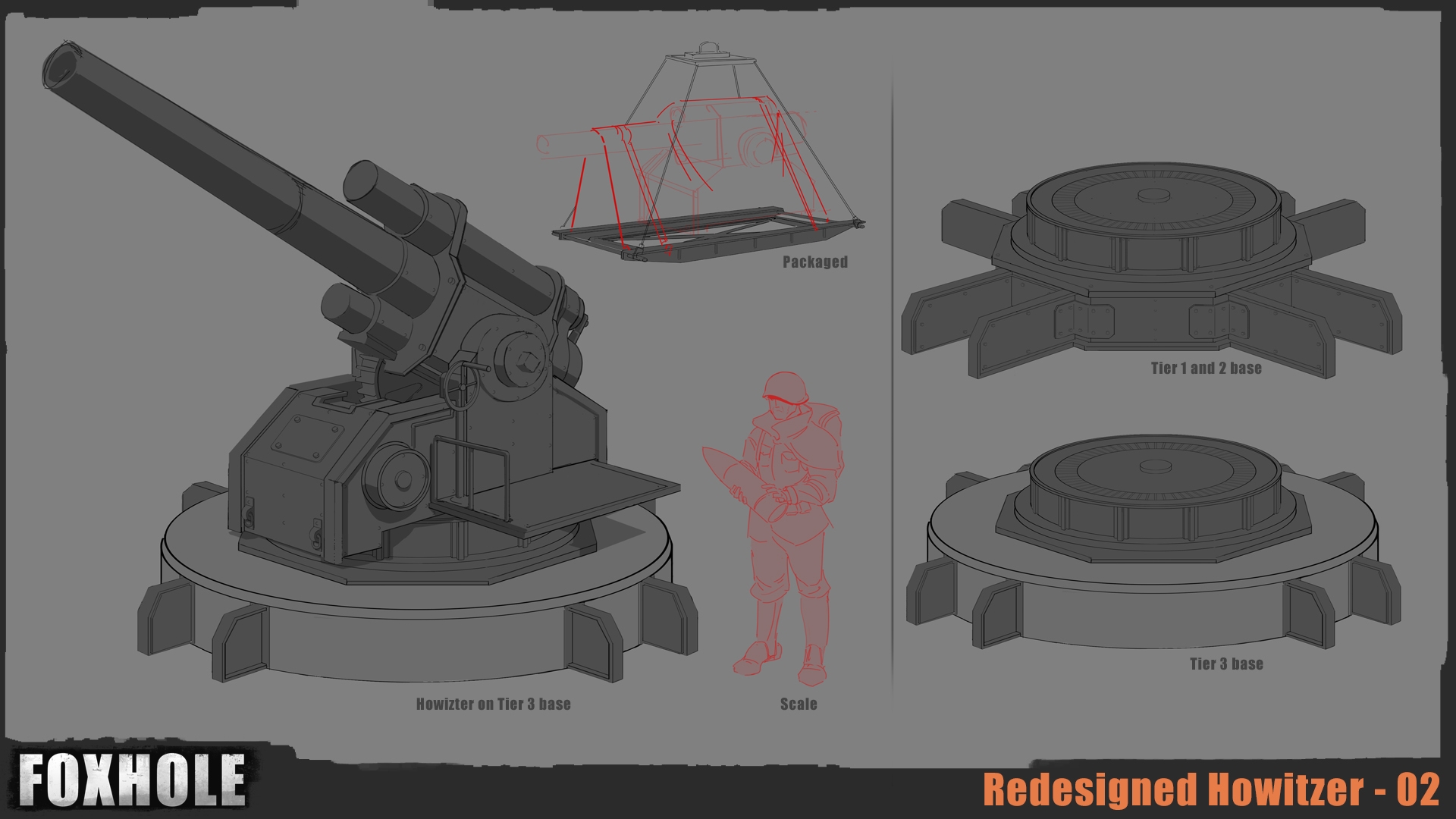 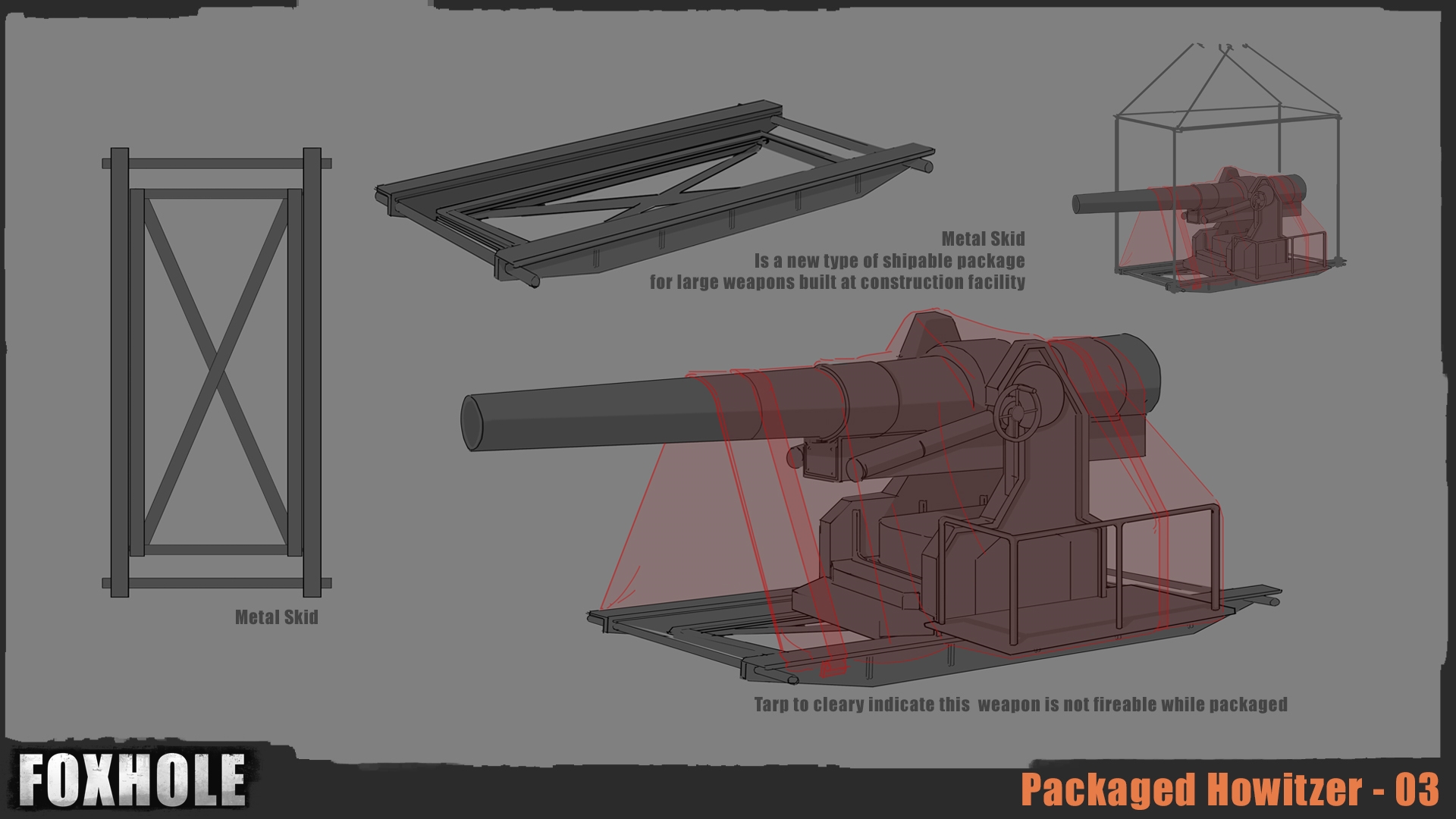 I am personally working on the Emplaced Howitzer currently, which will essentially possess the same functionality as the current in-game version. Below is what it looks like. 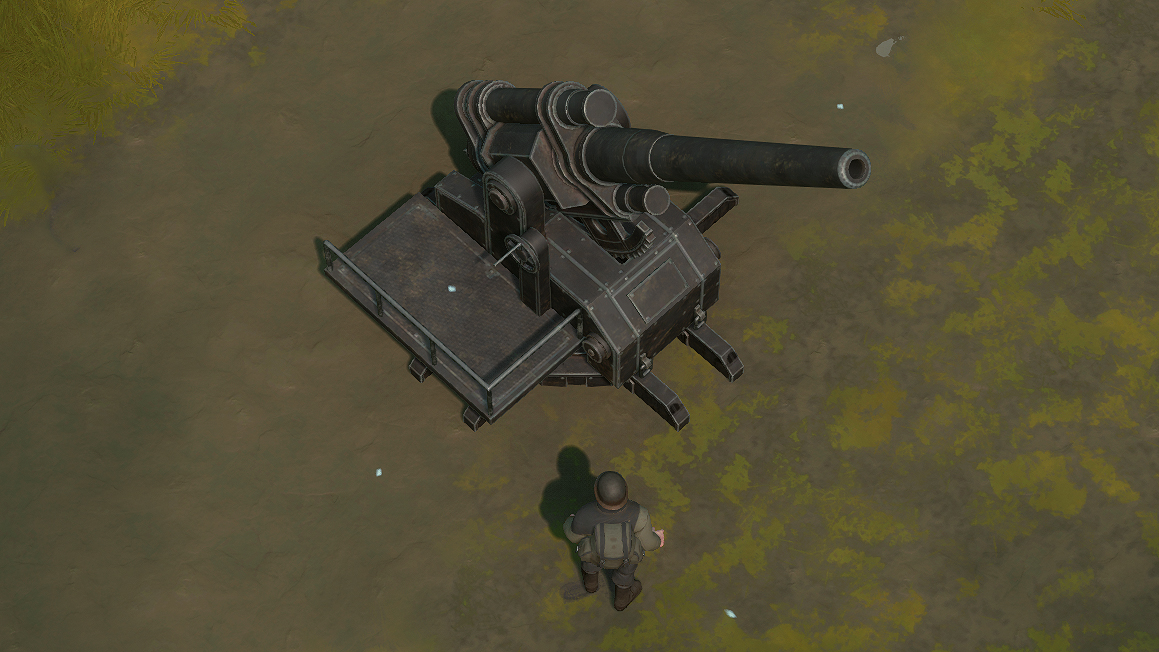 We have been tossing around some ideas about potential anti-infantry and mortar variations, but like most things, these are up in the air. These conceivably would be part of the family of emplaced defenses. so they can either be deployed anywhere in the field or in emplacements - We just don't know if or when each one will make it in. Please tell people this message as they share these images out of context. Forward Operating BasesWe love the idea of players creating their own bases, so we have been tossing around some thoughts on what that could look like in the world of Foxhole, using the rules established in the trench update. Here are some of the pre-vis work Julian has been working on. These sketches are exploratory and have not been approved in any way.

Clapfoot After Dark is a new Bi-weekly podcast/stream hosted by HB, Matt and Max (KFC). The show will not center around Foxhole, but instead on various relevant, topical or nerdy subjects. On our debut episode, we talked about Star Wars and the merits of the prequels, the cost of war, and great movies released in 2019.

We see this as a way to get to know you guys better, give you some insight into the developers as people and maybe we'll be able to get some developers you don't hear from very often on the show. It's highly interactive so we encourage you to come out, get involved and hang out with us...After Dark.