We've always aimed for player actions to be tactile and immersive in Foxhole. It's been our goal for the Foxhole experience to be grounded in reality so you are dealing with physical objects in the world rather than with a UI. There are times when we've strayed from this philosophy but we've always felt like things are corrected when we return to more tactile game mechanics. One big thing that has been missing from the experience has been the ability to see equipment that players are using such as Fuel cans, First Aid Kits, or even AT Mines. This not only works towards of goal of tactile gameplay, but also serves to provide information on player intention to nearby friendlies and enemies.

@HB often is the unsung hero when it comes to user experience in the world of Foxhole and he has been hard at work on this feature. It might seem like a small task, but it actually requires him to revisit every single equippable item and adapt them to the new system. This adaptation process involves finding the appropriate scale of each item and creating new sets of animations for carrying items with different weights and at different movement speeds.

Having some level of RNG in Foxhole is important to us. If we want every war to feel unique, then every war needs to present new challenges and new objectives. We want to have enough RNG that players aren’t inclined to keep going back, time and again, to their usual familiar towns and regions, but not so much that players are basically relearning the game every war. In short, we want to keep you on your toes. 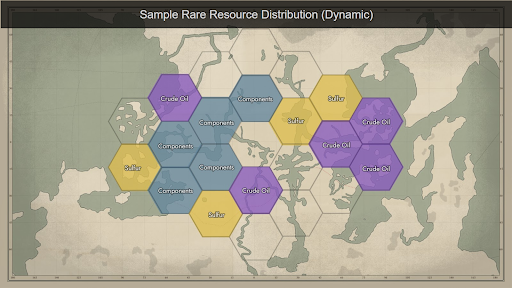 So this is how resource generation works. We set some regions to be resource-dense. Design-wise we want to try and keep the resources ‘localized’. What this means is that we want the fuel to be in one corner of the world, and sulfur and components in another. This way we can shift what regions are important to secure. 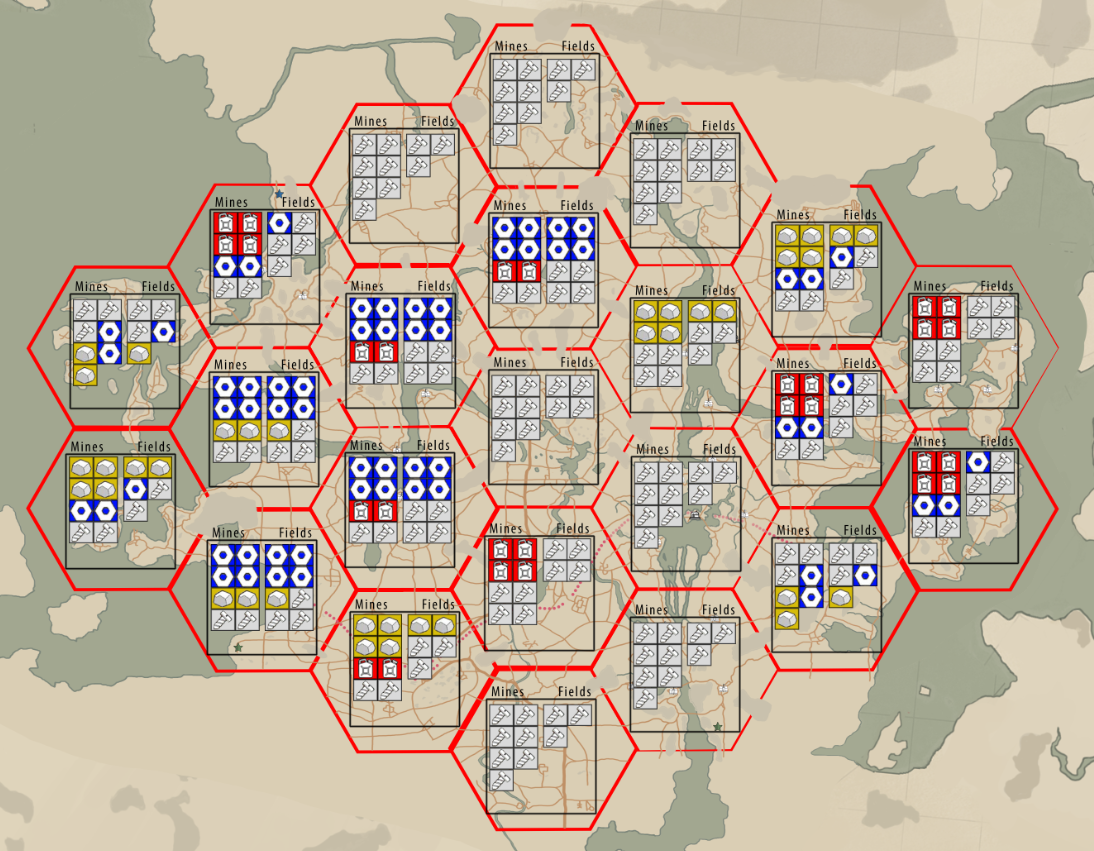 BIG FAT DISCLAIMER HERE that this image is NOT a clear picture of how the resource distribution works. There is a lot of missing information here, but this is a rough depiction of how that first image breaks down into actual resource distribution. This shows a basic idea of how we can control resources on a by-region basis on a very high level. This is what it looks like to us in code, except without the visual aid which (for now) needs to be composed manually. 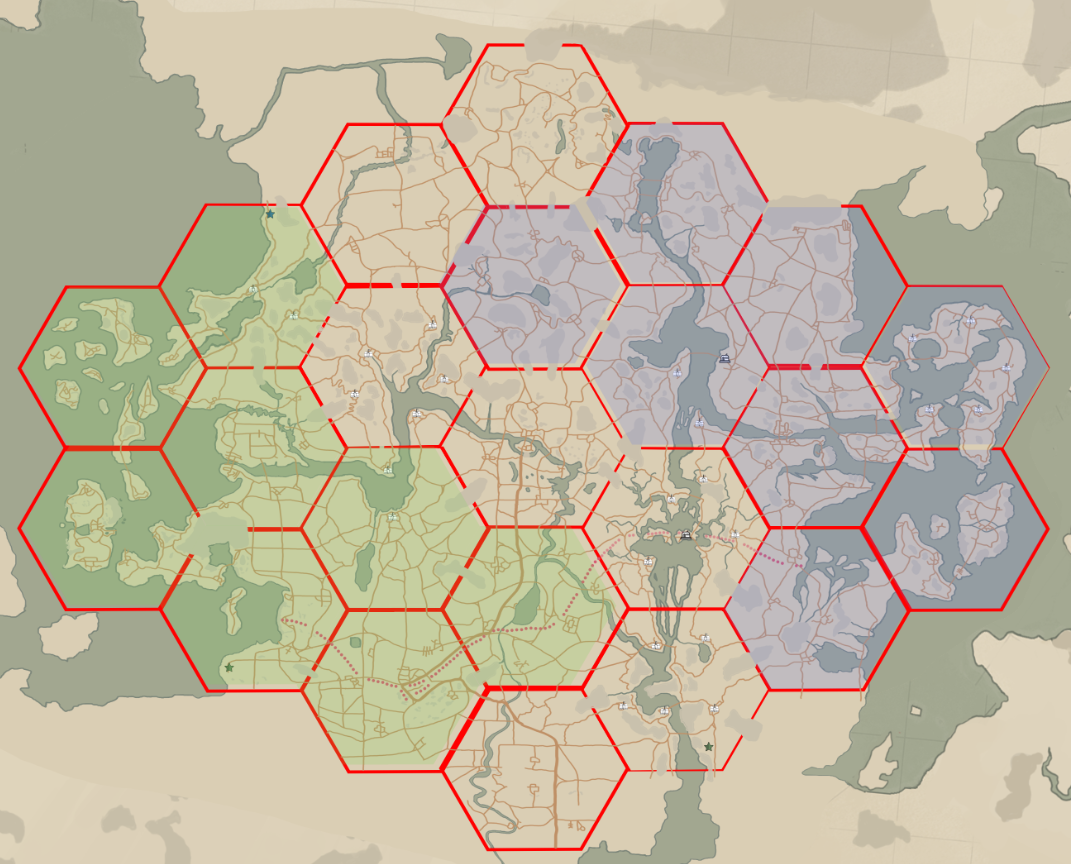 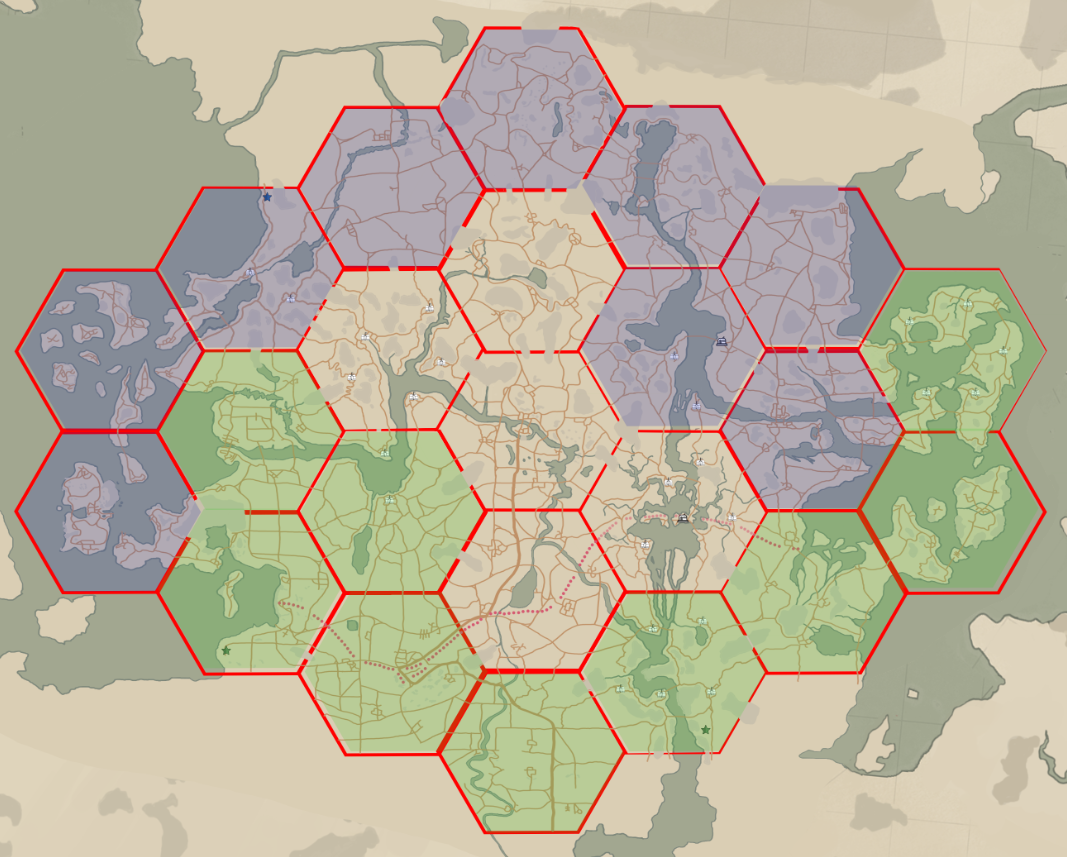 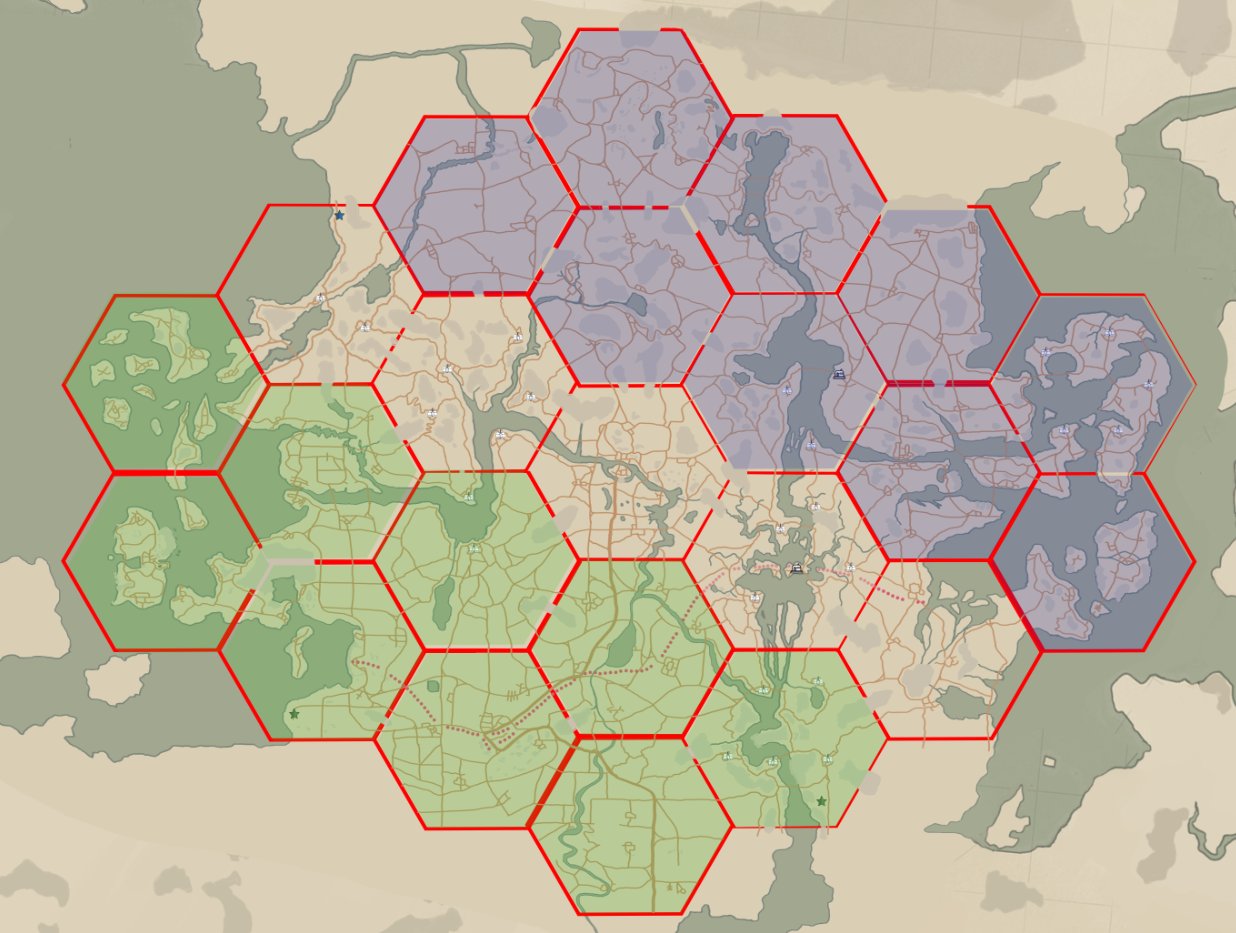 These images show the starting configurations for the past two wars (and present) war. This is another dimension that we’ve been playing with. If the resources are changing which frontline regions are important, then these starting positions are similarly going to change which backline regions are important. The goal here was to change which roads our players are using; which towns they are upgrading and defending. 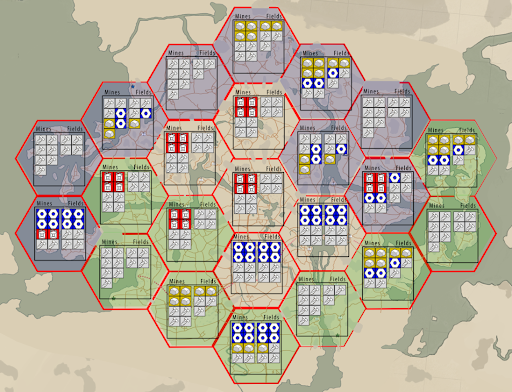 It should seem obvious now where our missteps were in this most recent war, but in case you missed the discussion, the tl;dr is that Wardens were upset at their lack of accessible component nodes. Here are some of the lessons we learned:

1) Component nodes are a staple. While it might be more competitive to spread out component nodes into contested regions, a team that gets deprived of them will fall impossibly far behind in technology.

2) Sulfur, while more scarce than components, is non-essential, and a good resource to place in contested regions. Having sulfur in the backline was a big benefit to early-war howitzer and explosive production which could have had an adverse effect on the speed of the war.

3) Changing the starting directionality should be done gradually. Major shifts in starting location between wars has too deep of a learning curve for many players.

With this knowledge, and with the other changes deployed in Update 27, we hope to see a return to the more stable, long-lasting wars we all so desperately want.

Several wars have passed since Update 26 launched so we're a lot more comfortable looking at all the data/feedback and making changes based on them. Update 26 was by far our most challenging Update yet technically and game design-wise and while it finally introduced elements into Foxhole that we always wanted, it also unexpectedly introduced some issues that we're now having to deal with.

In terms of what we're excited about. We're really happy that there are finally strategic objectives on the game other than to take more towns. The fact that the front line is moving based on resource location is a huge win in our eyes. I know this has also caused some wonky game balance, but we've always felt that the war could be a lot more strategically diverse so we're really happy with this outcome. The hex map has also broken up the linearity of the old game of "pushing the three columns" which resulted in the same front line every time. We're also really happy with the push towards a more tactile and collaborative logistics game. We feel like resource mining has a good base now so we're looking to revamp the next parts of the logistics chains next, which is production and building.

We always knew that the changes we put into Update 26 were risky game balance-wise so it actually doesn't surprise us that there a problem we have to fix now. From what we've heard, you guys are enjoying the strategic locations for resources, but you feel that the RNG distribution is too unstable. We're also hearing that you guys generally like the idea of scarcity, but you feel that certain weapons and vehicles have become too rare. The good news is that we agree with you guys on most of the concerns. We know we won't be able to address everyone's feedback right away but are making some changes in today's update that we hope will be an improvement, with more changes to follow in the future. 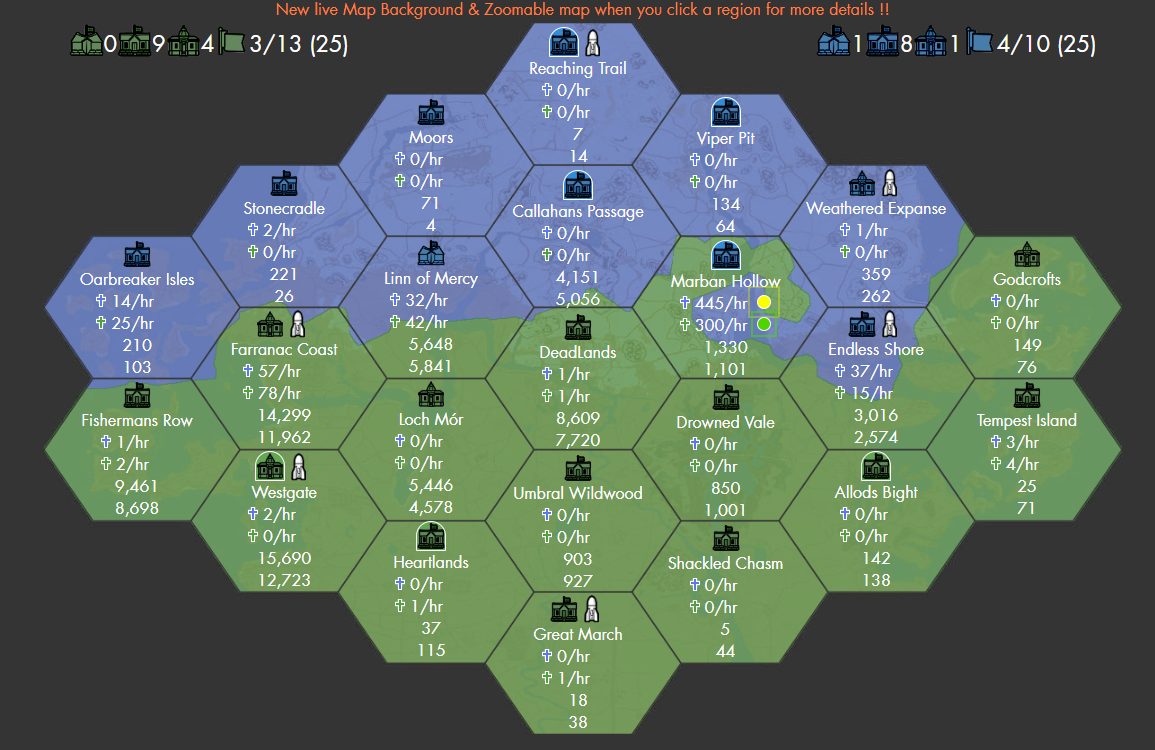 I'm gonna go over a few of these changes. First, we're going to be tweaking the resource RNG algorithm so that more Sulfur and Components will be distributed in the backlines. We've also added in a resource re-roll tool that allows us to redo the resource distribution of a specific region if we feel it is too harsh. We hope these changes will reduce the snowball effect and result in fairer distributions. Next, we're going to be significantly reducing the cost of fielding Light Tanks and Howitzers and we're making Armoured Cars use Diesel instead of Petrol. We're also going to be nerfing RPG damage to help make tanks worth their rare resource cost. There are additional changes documented into the Update 27 release notes.

If there are more issues that you hope will be addressed, rest assured that Update 28 is right around the corner and not only will we be continuing to balance the game but if all goes well we'll finally be seeing the Harvester in action.

That wraps up another Devblog. Be sure to check out our Foxhole Devstream for more information about upcoming features. If you have any burning questions you want answered be sure to tweet them to @Matt directly on Discord or Twitter, if your question gets selected it will be answered live on stream! 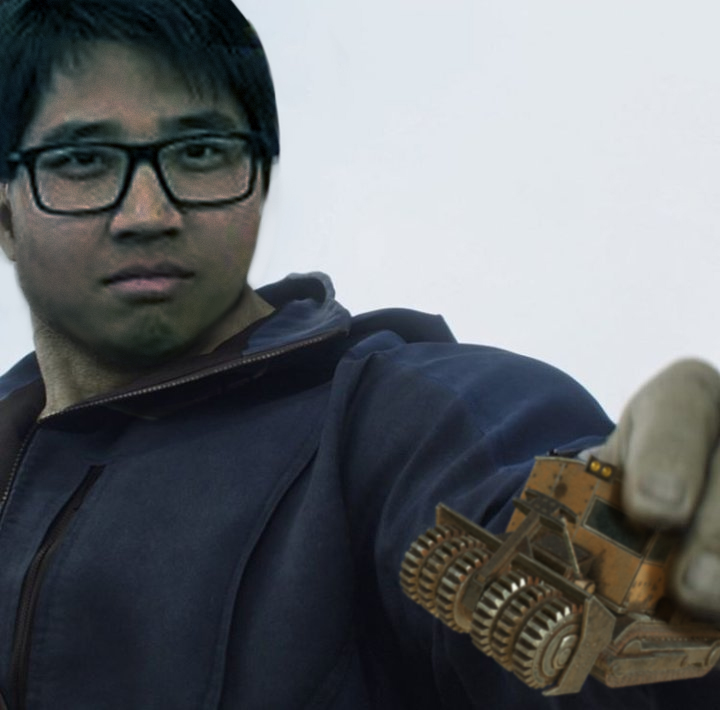 Want to add a caption to this image? Click the Settings icon.