A look at the latest map for Grimoire: Manastorm - a multiplayer wizard shooter!

Posted by Omniconnection on Jul 4th, 2016

We haven’t had a map update in awhile so I thought I would take some time to share the latest progress. The next map to be added is called Market and some of you may have played earlier versions of it throughout Early Access. It isn’t finished yet but these screenshots should give you a good idea of what it will look like! 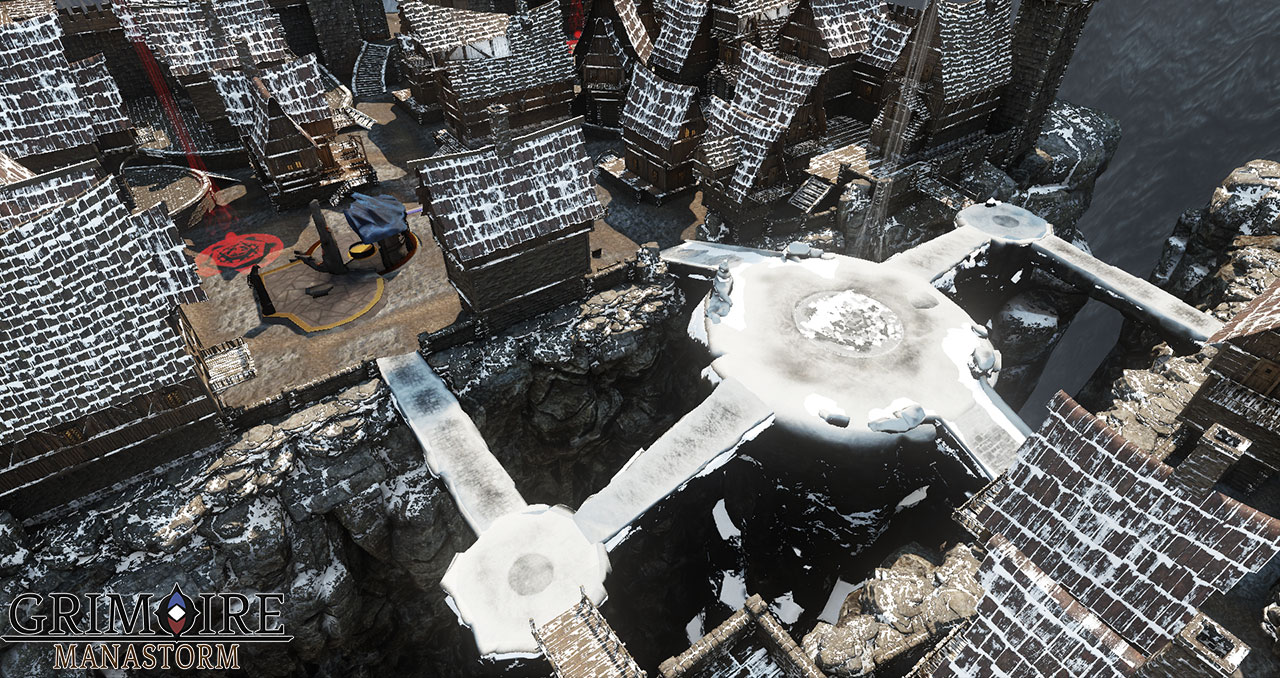 With the help of a talented freelancer - Kieran Dubrey and under the direction of our lead artist - Justin Dickerman-Stewart we are using a mix of brand new models and recycled old models to bring a fresh look to Grimoire! By using a fancy snow material that Justin created we can now add realistic looking snow effects to all of our models. 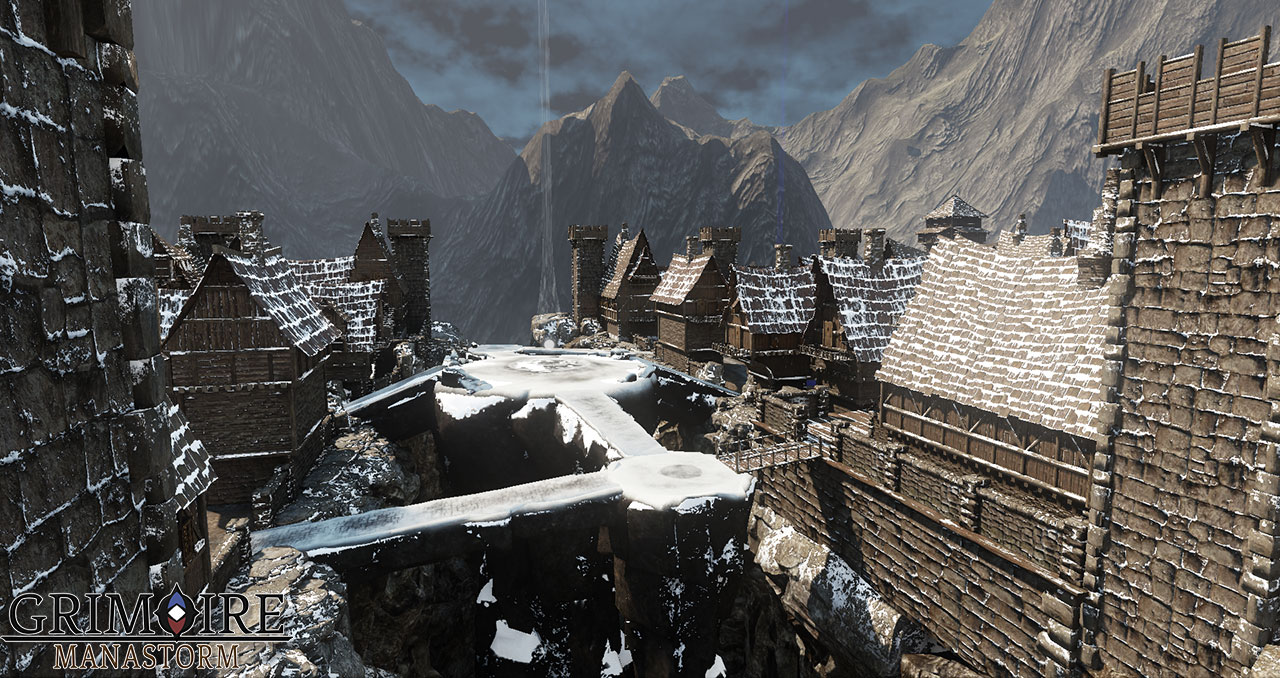 With the addition of a blizzard-like particle effect and some new gameplay elements we are also introducing a dangerous new addition to the already perilous center area of the map. Every few minutes a blinding and powerful blizzard will sweep through the central area causing the ground to be slippery and strong winds to blow players around. Quickly use movement spells and manasteps to escape - or brave the icy winds and try to take advantage of the confusion to capture that highly critical middle point! 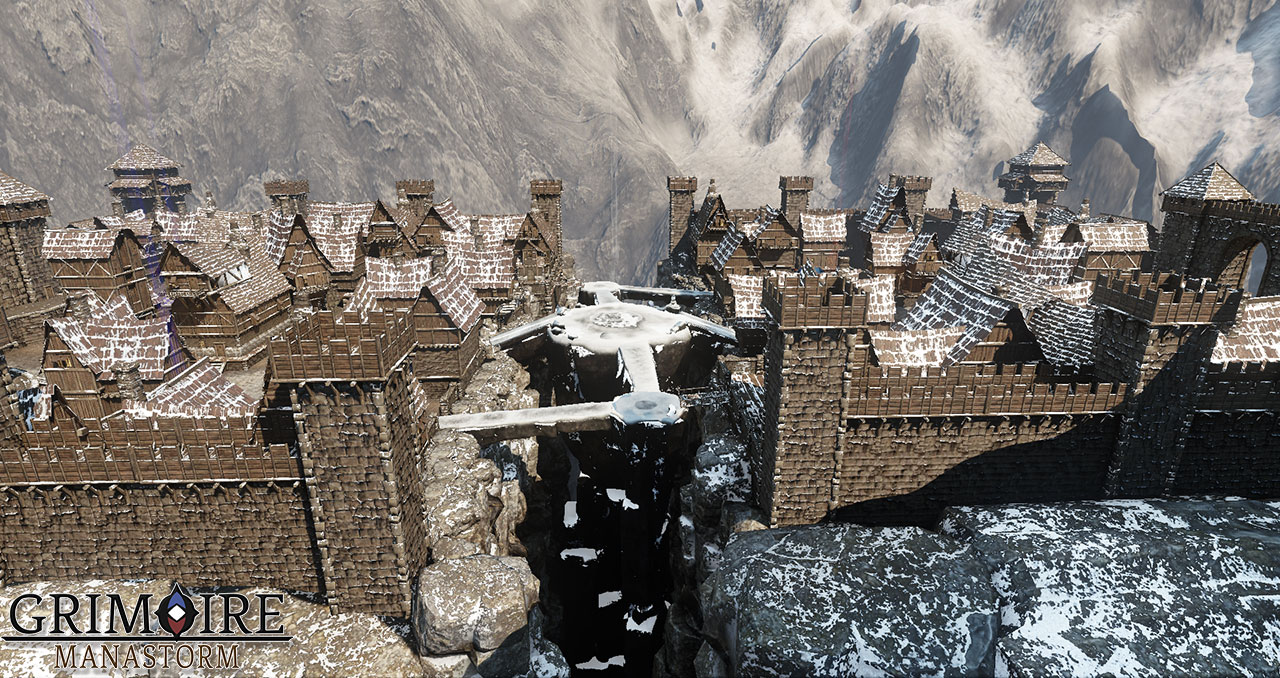 In addition to the visuals and blizzard map mechanic we have also made significant changes to the layout of the map. Various unnecessary flanking paths have been removed in order to better streamline and focus combat in central areas. There are still quite a few places where you will be able to teleport over buildings for a quick advantage but there is now no way to simply run from the middle to the final points. We have also added high ground in many places to help with a defender's advantage and provide multiple tactical choices around each control point. 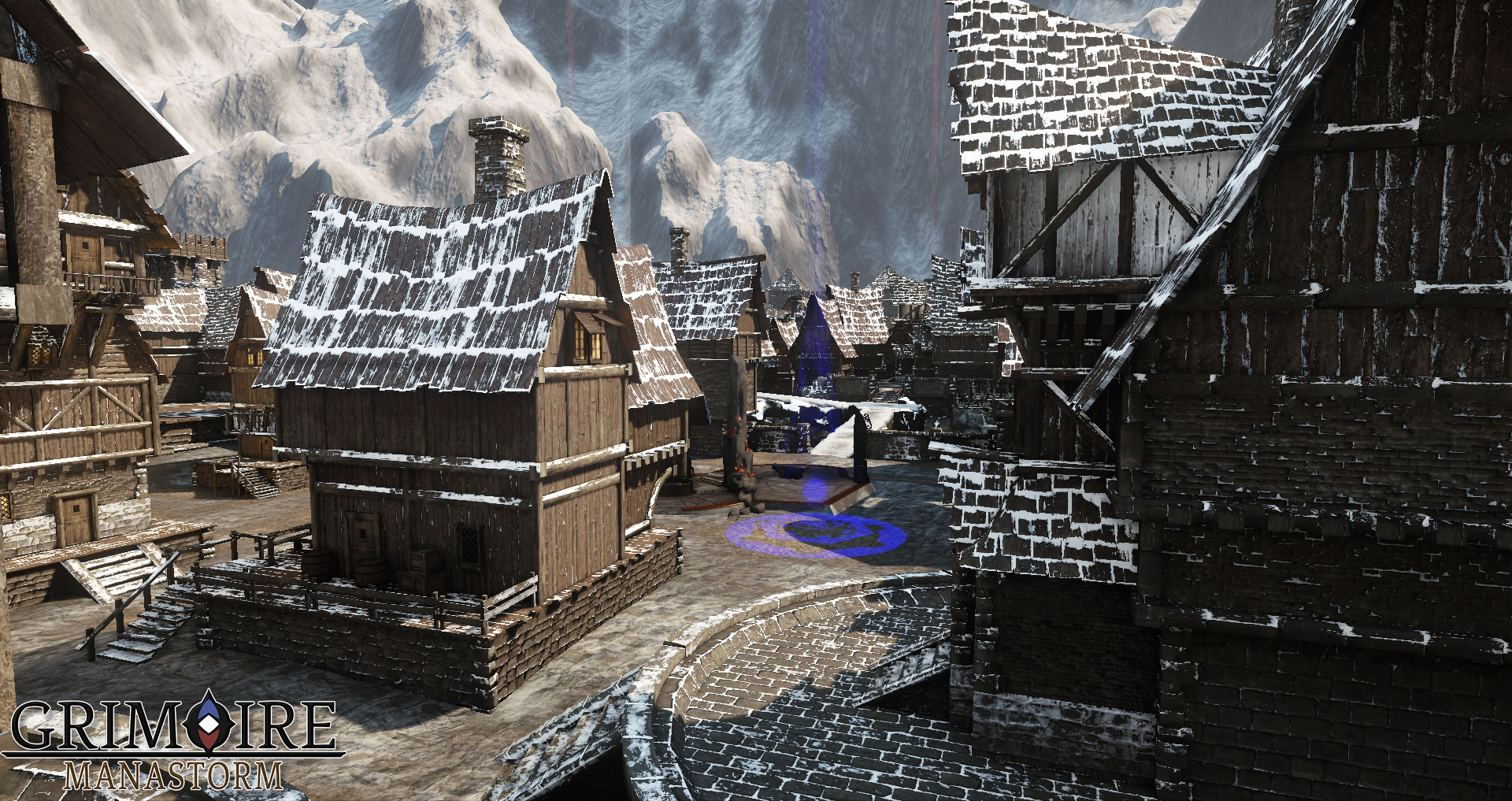 We hope that the community will help with feedback, bugs and balancing the new changes. This map will be included in the upcoming 48 new spell patch along with some of the other changes we have been working on. That patch will come before the big F2P change so that we can get feedback and bug reports on the new spells. Please let us know what you think of the new map in the comments!