Post news RSS Dev update - what has happened during the summer

It's been a while since last update and now it is time to get hands dirty again. Here is a list of updates that has been completed or I'm currently working on.

It's been a while since last update, for me the summer is time for various outdoor activities and relaxing. Hope everyone has had fantastic summer! I've also been working with Aurora Heir every now and then and now it is time to get hands dirty again :)

During the summer I've implemented several new features and updated existing ones. Here is a summary of things that has been done.

Camera controller received an update, which enables wider perspectives and camera can now be tilted slightly along vertical axis also. Let's see if I will free the camera once and for all from any axis limitations in the future...

Weather effects has received an update and weather now has direct impact on resource consumption.

Also environmental elements has been yet again updated with more pleasant outlook (hopefully). 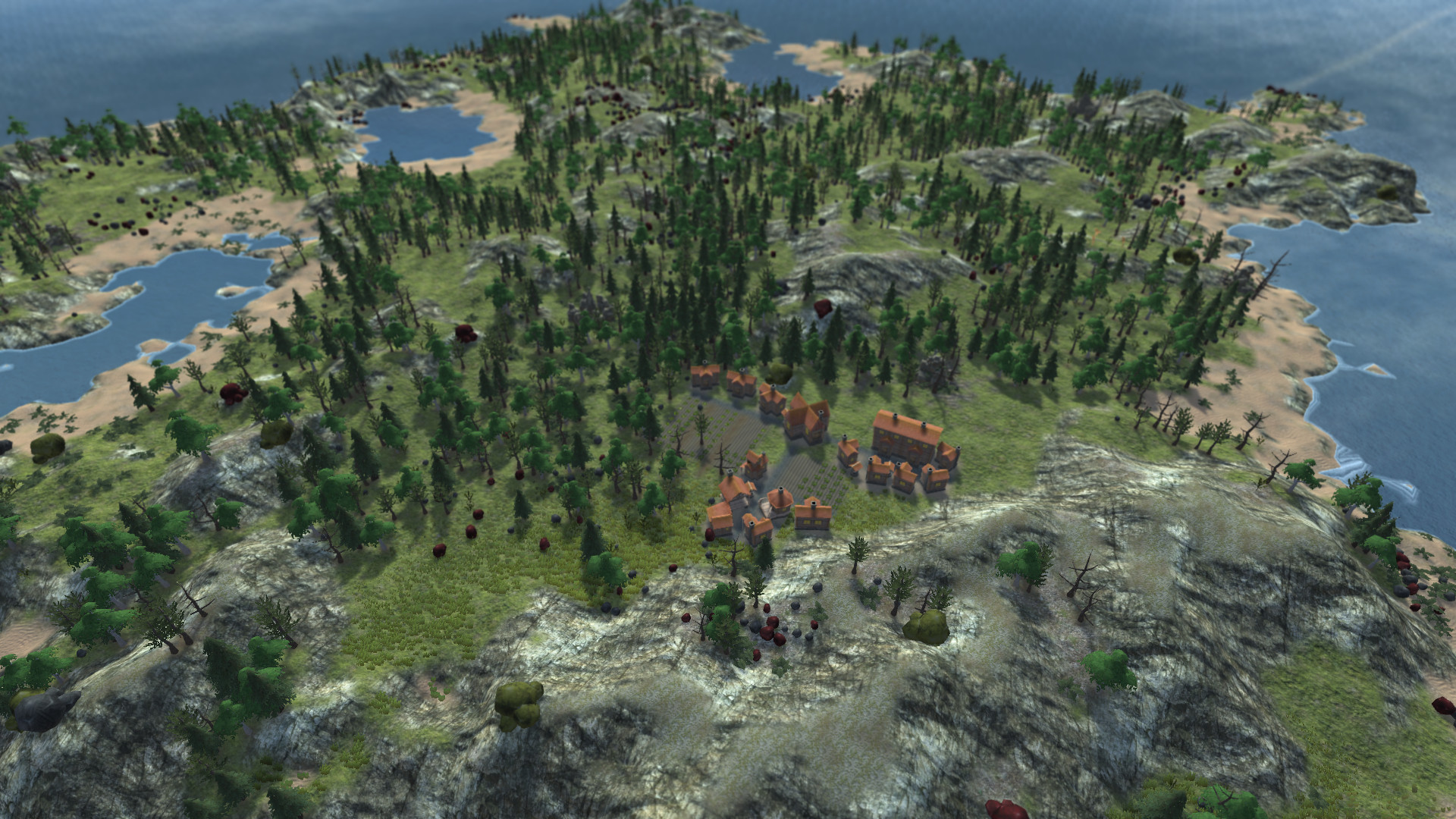 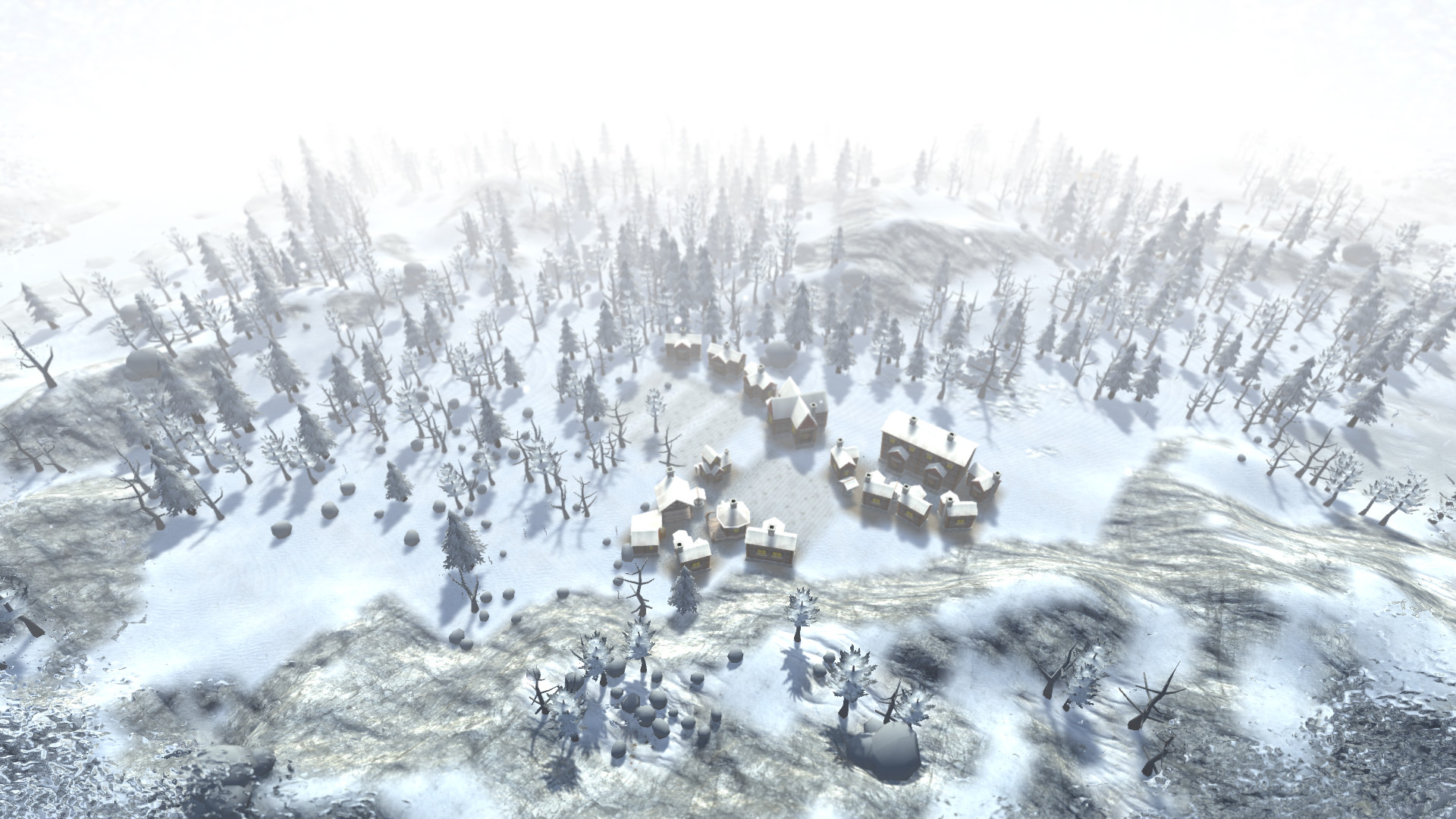 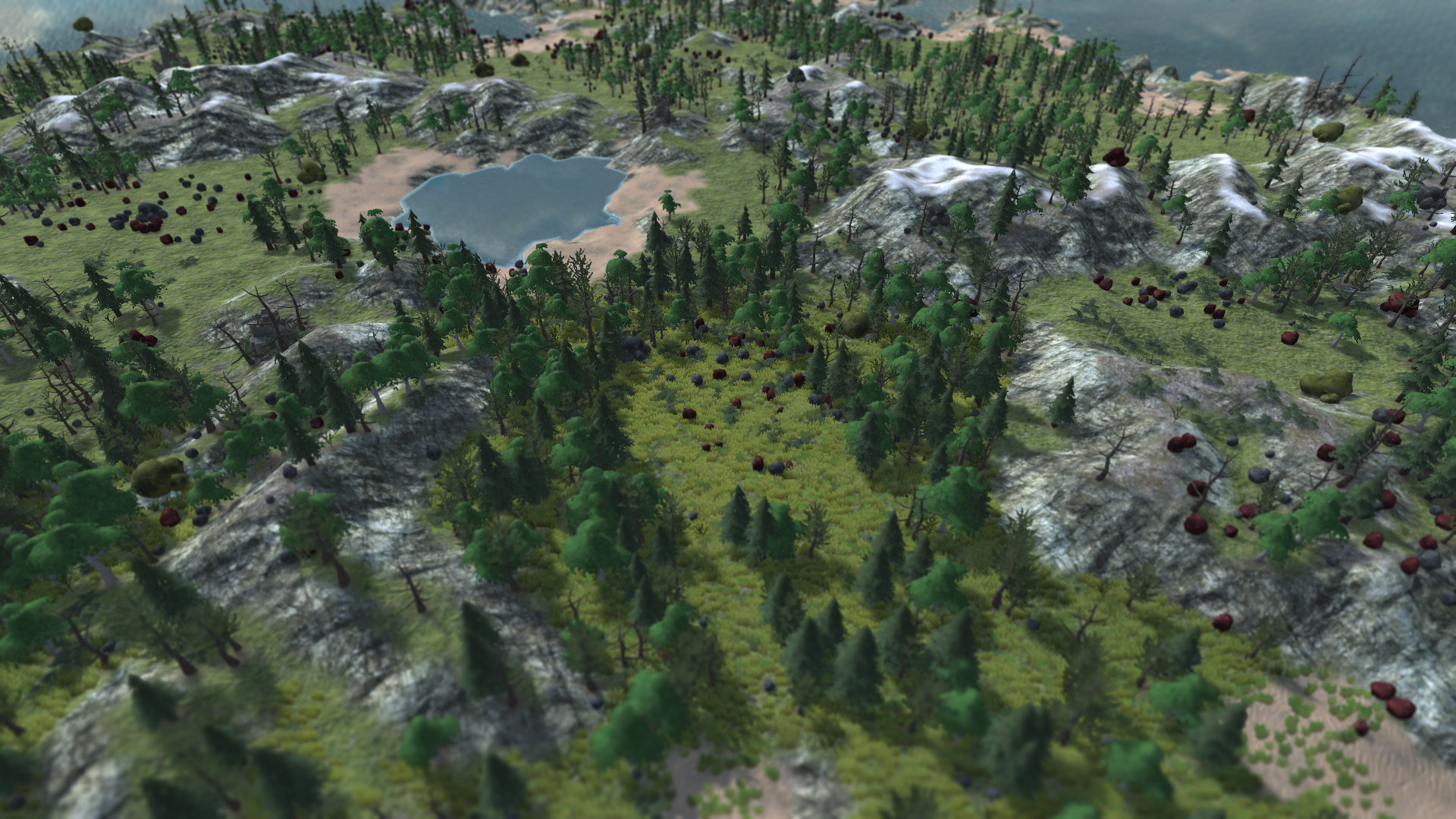 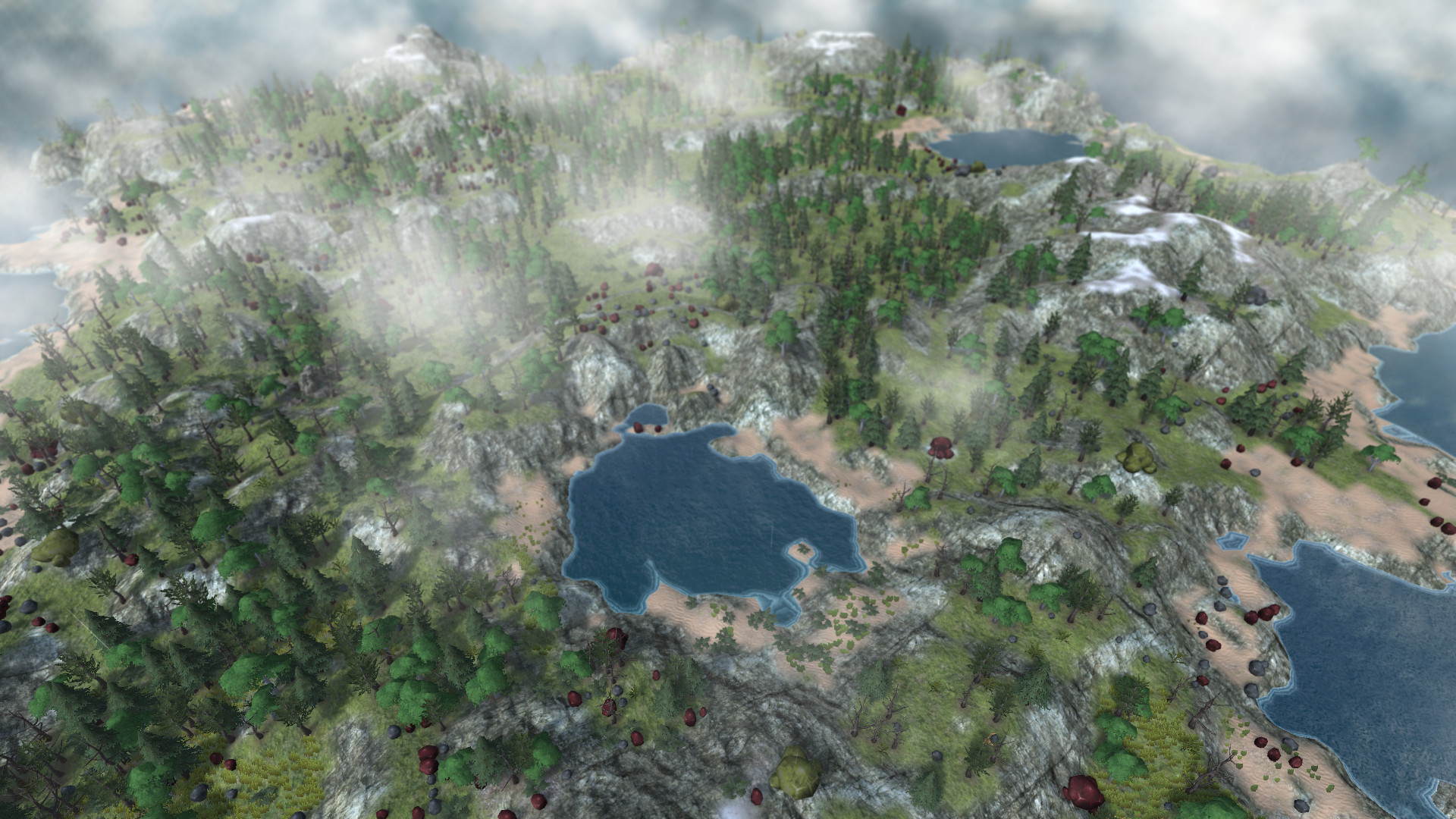 I've started implementing (and partially finished) profession guided work steads, which basically means huge reduction in terms of micromanagement. Micromanagement is still there, if you wish to do it, yet more efficient method has now been implemented.

Also several GUI elements has been updated to support new features and profession controller has received dedicated GUI panel (it's a kind of similar mechanism than Banished). 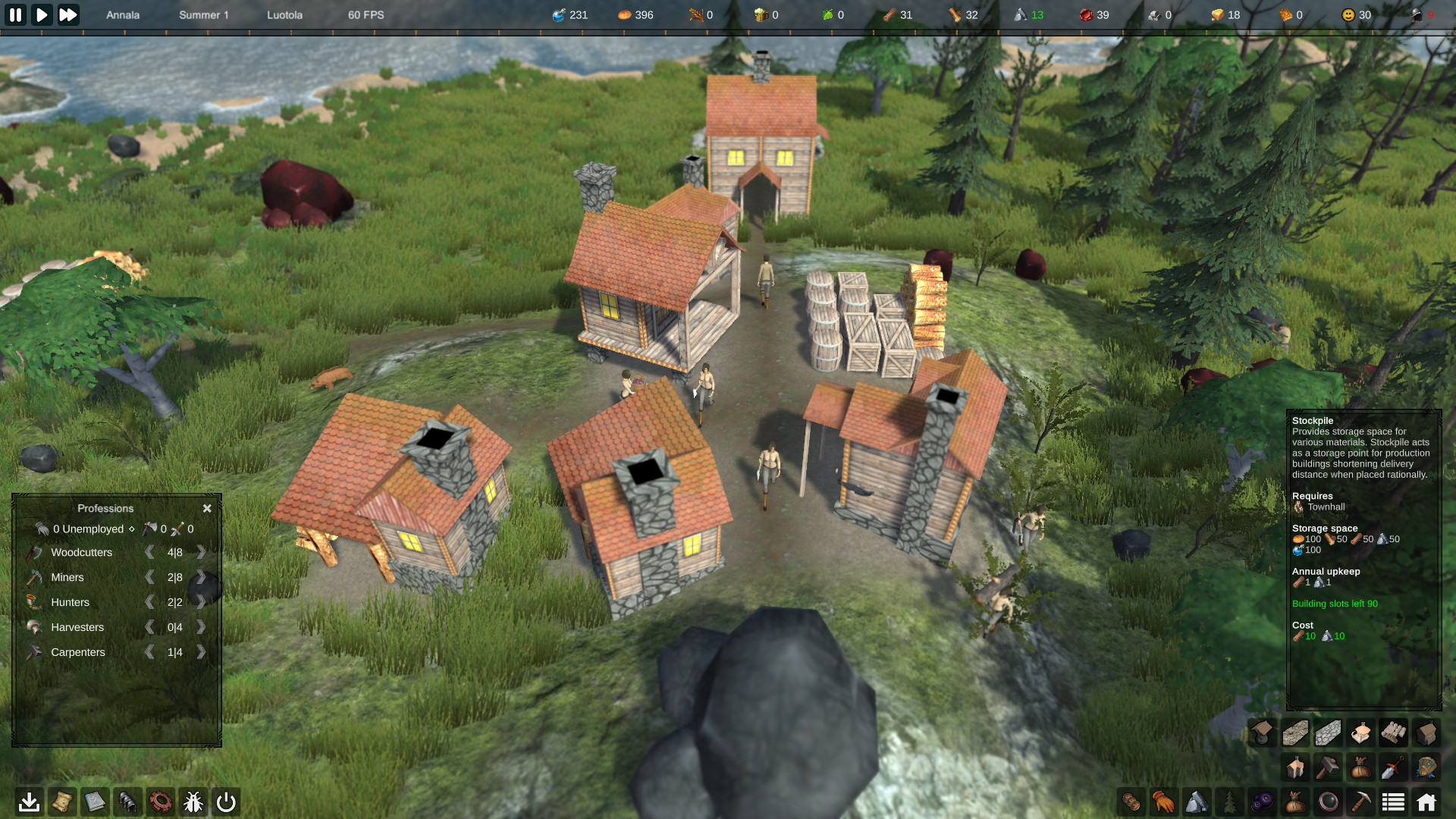 One thing that I've decided to experiment with is to have a grid based game with possibility of placing stuff in a free-form manner. This basically means that some of the buildings may be placed without position or rotation limitations while others are bound to "snap" to the grid due to their "nature". 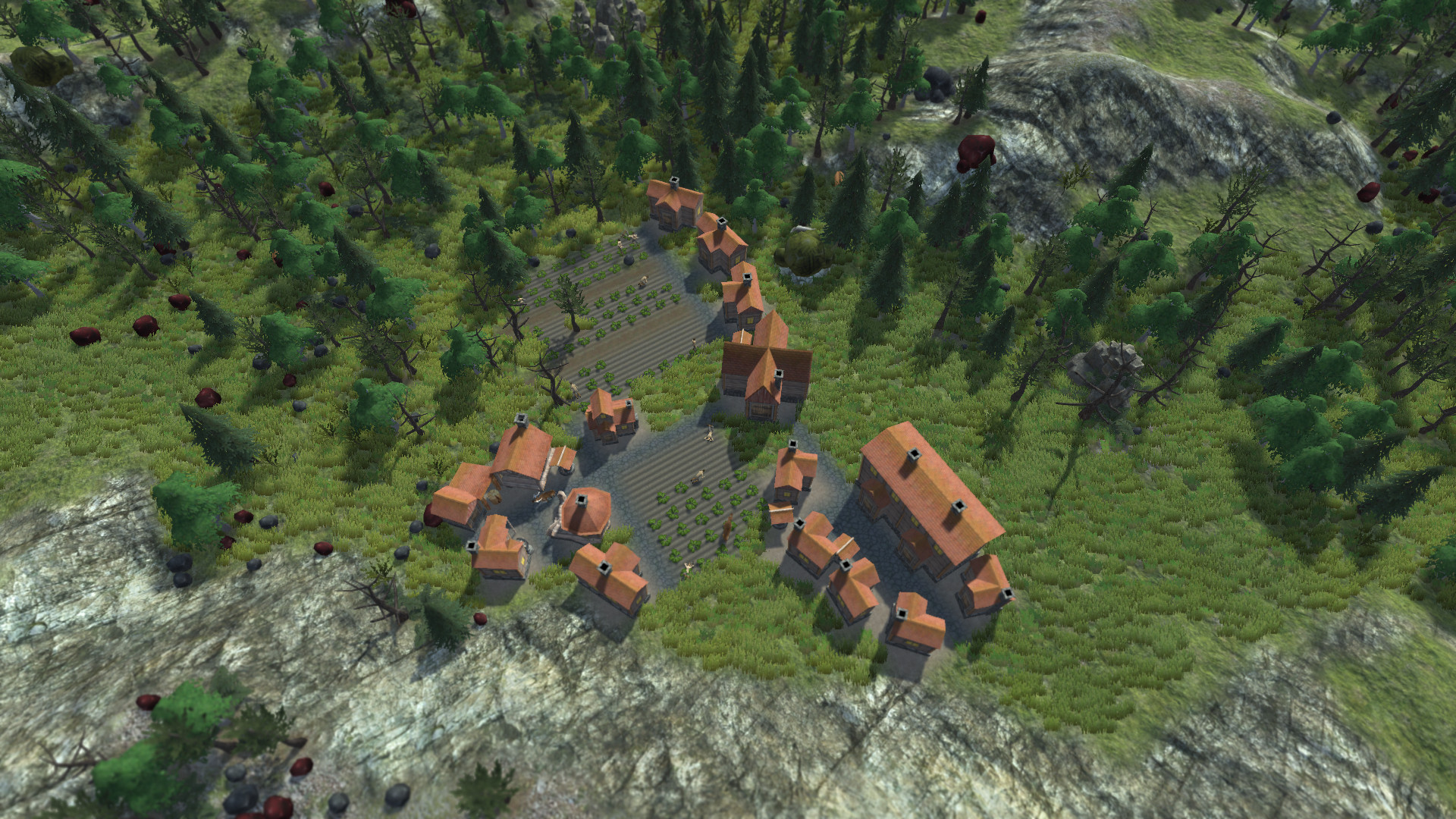 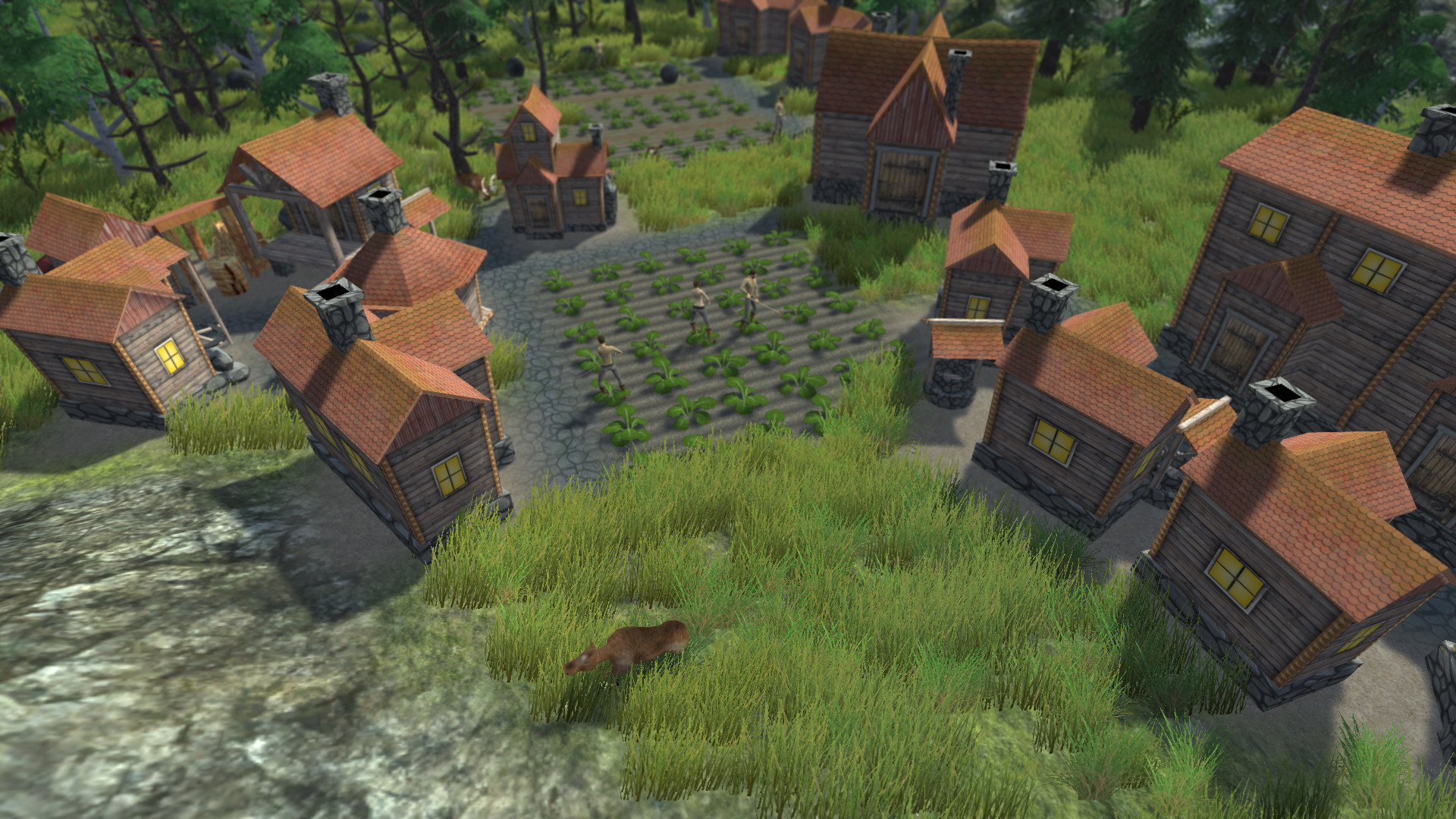 Some of the buildings are now "modular", which basically enables combining them and building various log building complexes. Also there are "porte cochere" elements, which enables villagers to pass trough. 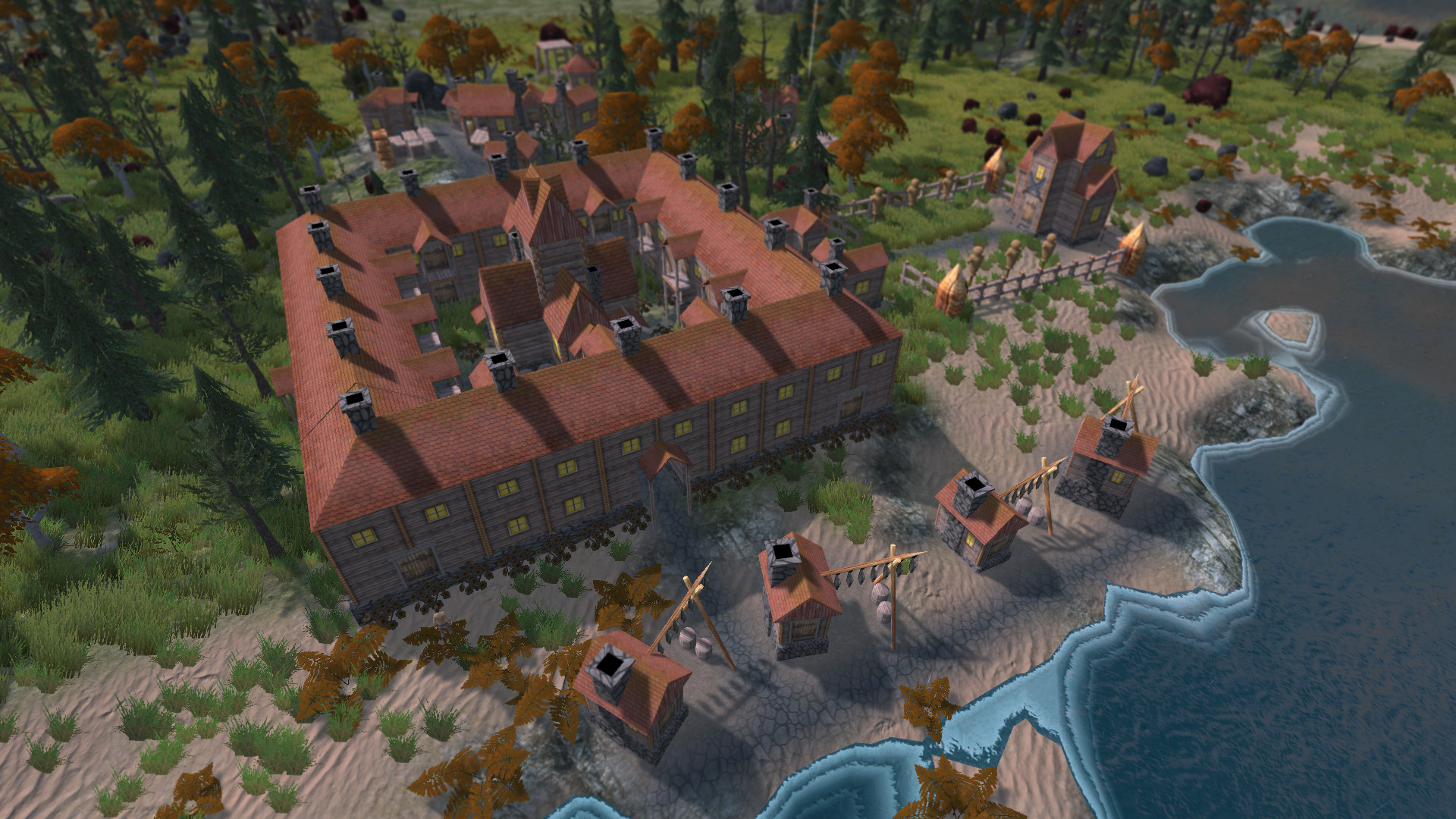 Also since fences has been introduced, I needed to implement efficient mechanism for placing them. Decorative fences are not bound to grid and they won't bock movement - instead they slow any unit crossing them. Placing a fence was implemented by mouse drag mechanism, meaning that player clicks desired position and while holding down mouse button drags to desired position and fence will be placed in between. 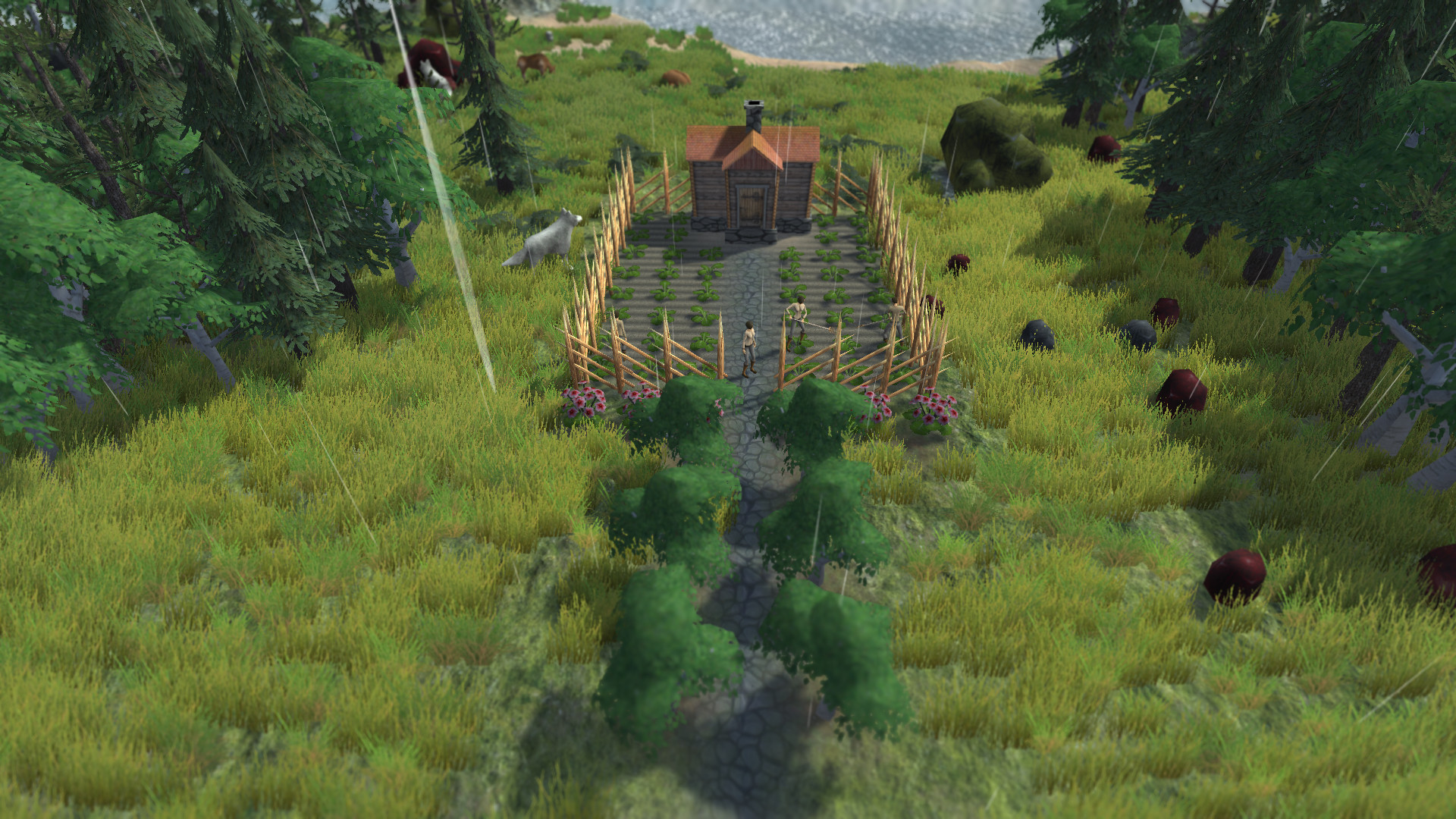 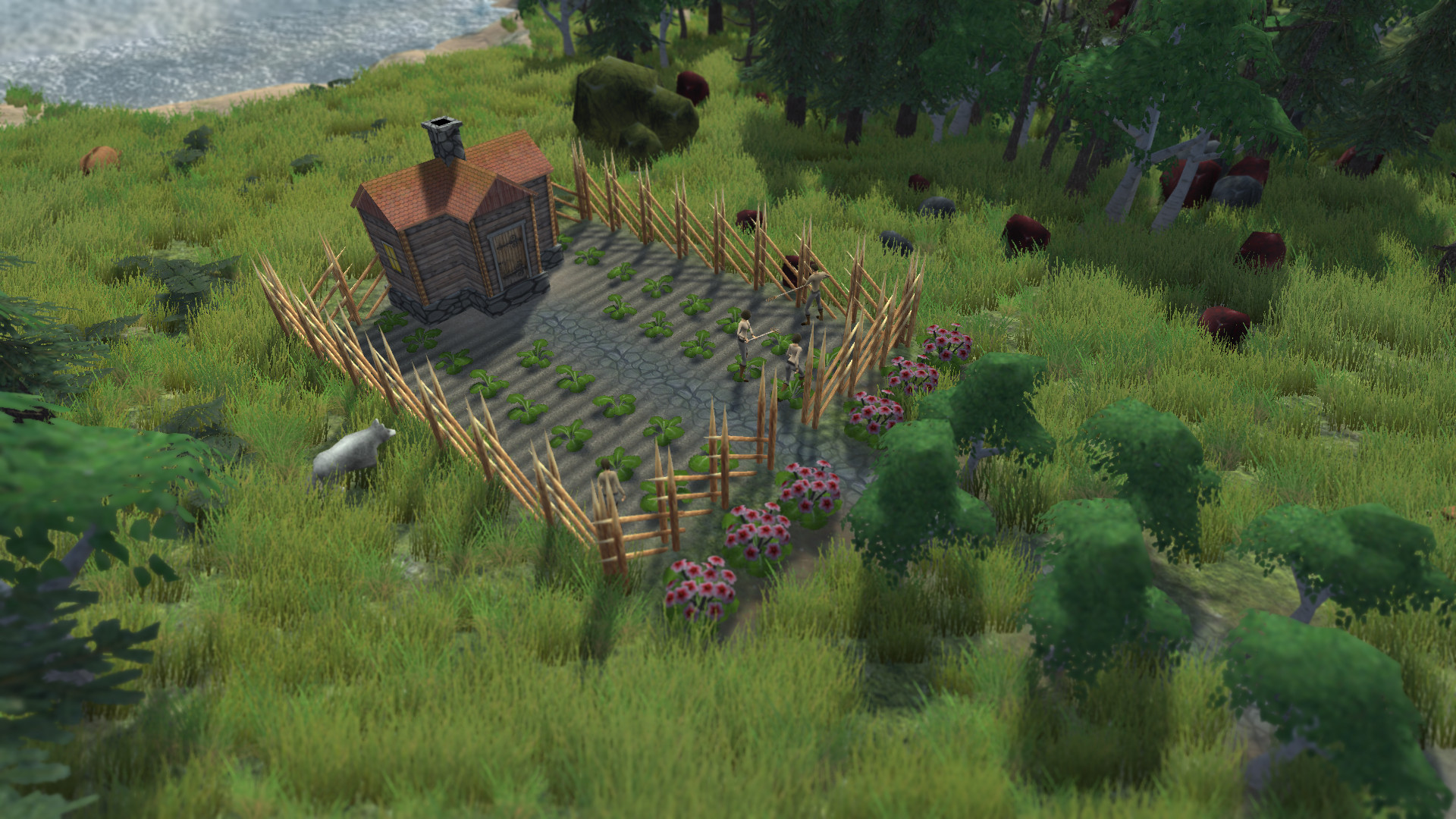 Previously player had to manually recruit new villagers to his/her domain... This was something that I changed more towards simulative approach, in the future new villagers will join to the tribe based on various conditions such as:
* Overall happiness
* Water turnout
* Food storage balance
* Available housing

Let's see if this one needs more tweaking, probably yes :)

There are several other more or less minor issues and features, which also has been implemented / fixed.

Next things to do

Next I will concentrate on consumables such as tools and weapons, perhaps even clothing. Need to try out if they fits in the game. I also have several other things in my idea list which I will do some experimenting with.

Thanks for reading and you may follow the progress also on Twitter, I will be posting there minor updates more often!

Is there a newer version available than the "OUTDATED Aurora Heir Pre-alpha demo v0.1.2"?

Hey there!
Unfortunately not just yet, I need to first complete couple of new features and bug fixes on my todo list. I will be posting new demo as soon as I have steady enough build available.

Hehe, and this was from developed :) forgot to log in.