Another set of changes for the upcoming new demo version.

Hey everyone! It's been a little over a month since my last update, and I'm back with some more changes for the new demo version. This update will have less changes in number than last time, but one larger change to make up for it.

Change log:
- Replaced daily tax of 500 with a tax based on how many workshops you have placed on the field (still daily).

- Added a visual indicator for how many hits are needed to harvest field resources such as trees, rocks, etc.
The indicator will only display for a field resource that the player is facing and adjacent to, as you can see in the screenshots below. (You can click on the image to view it in full-size). 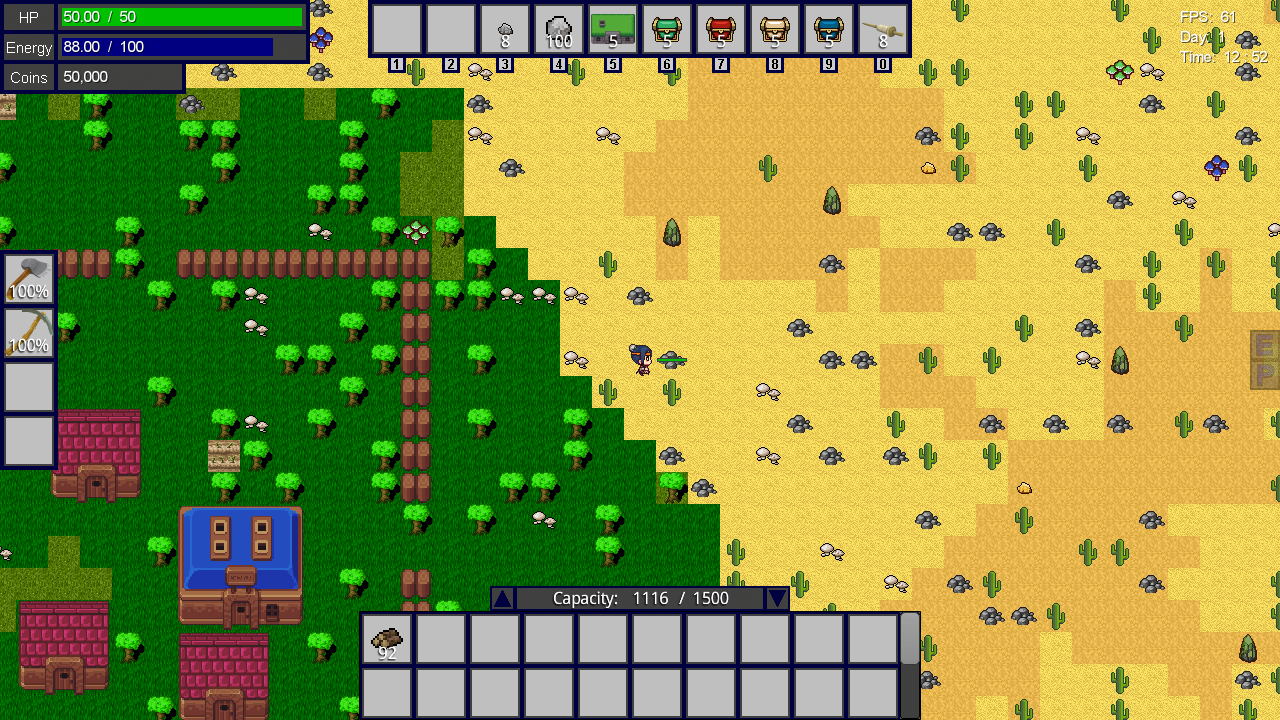 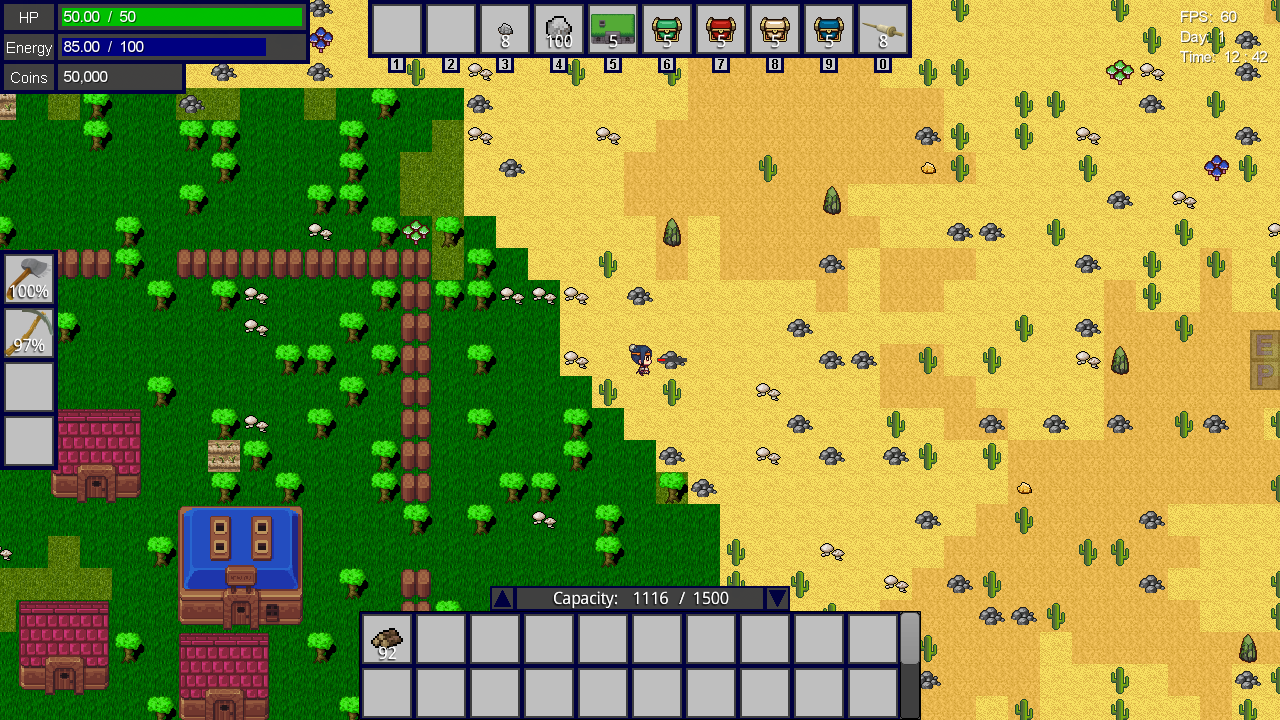 - Revamped the crafting UI and system.
The crafting UI is one of the earliest UIs I made for this game, so I've been wanting to revamp it for a while. The old UI was both boring to look at and to use, so I hope this new one not only improves on both of those, but is also easier to use. The Bundle UI from the Market served as the base for the new crafting UI.
The crafting system has also been tweaked a little bit. Cycle times have been added, the amount of an item to craft can now be designated, and a Pick Up option has been added. I'll explain the new crafting UI and system in more details below with the help of some screenshots. 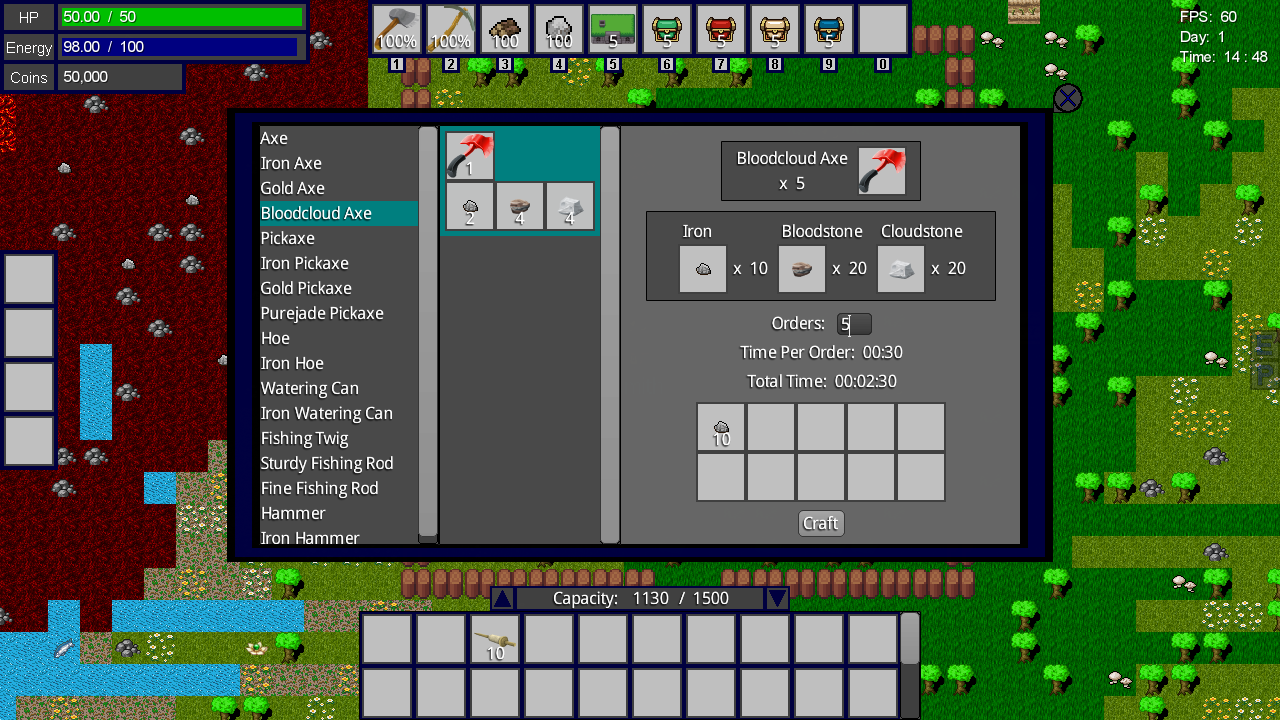 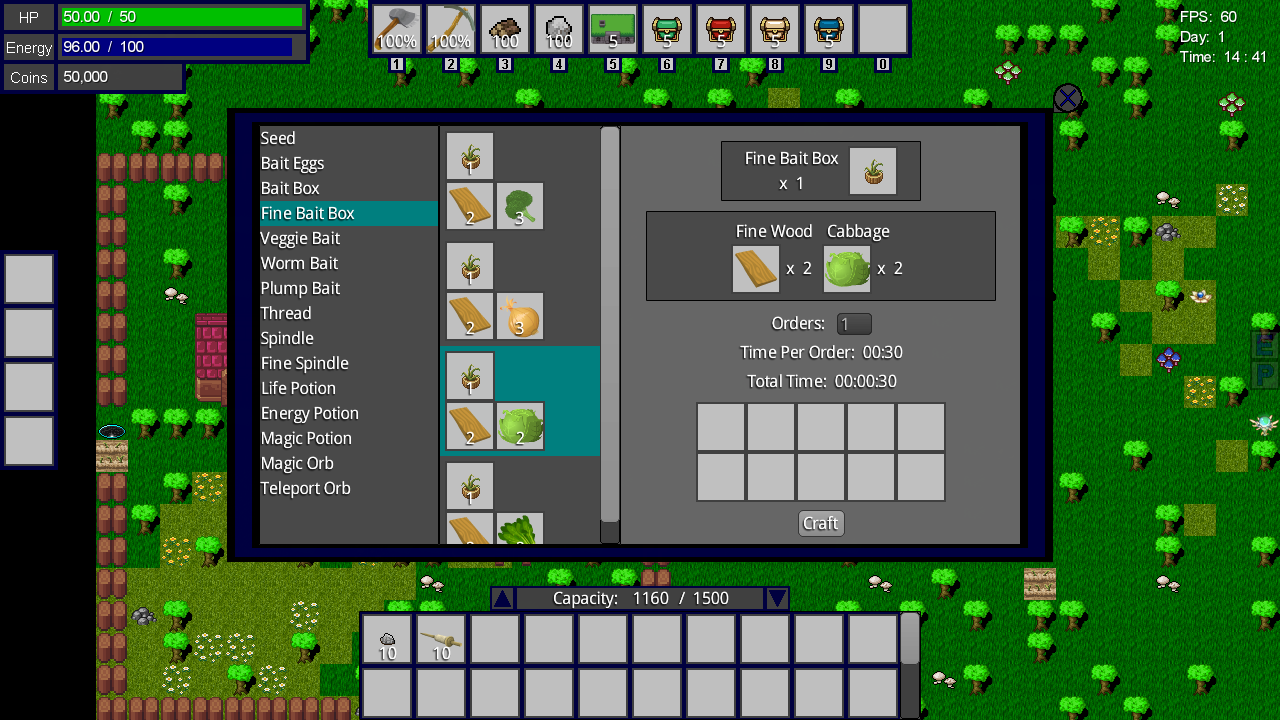 The two screenshots above are displaying the new crafting UI. On the far left is a list of craftable items. Selecting one of these will display in the middle section all the possible recipes to make that item. The right half displays info for the currently selected crafting recipe, allows for the amount of orders to be set, and is where you can place materials needed to craft the item. Cycle times, which were implemented for the Workshops, have been added to crafting. This means players will need to place an order and then come back later to pick up their crafted items. 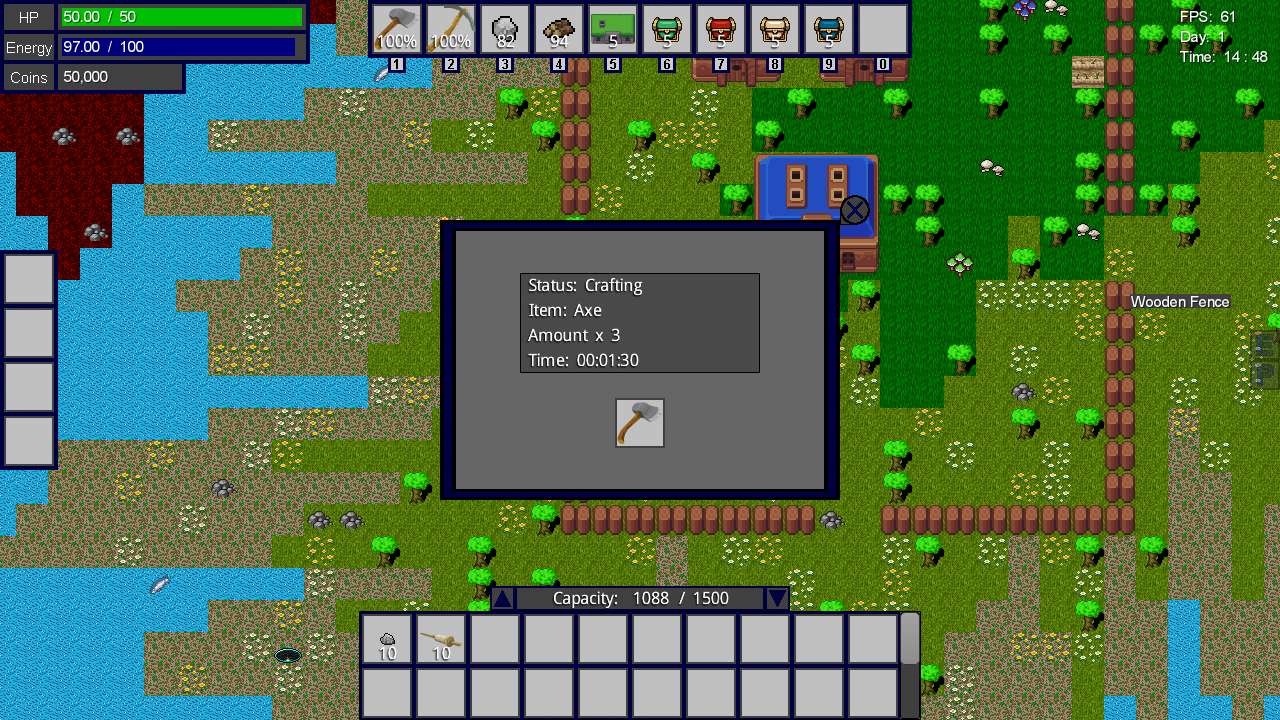 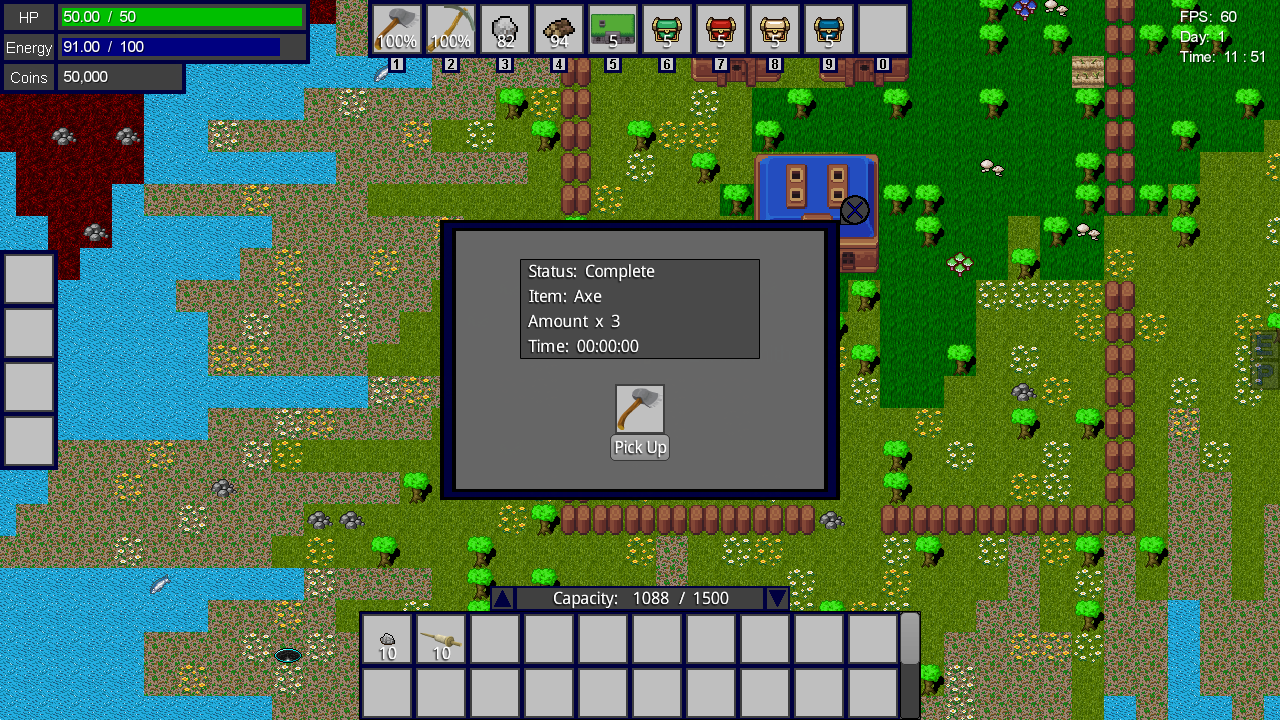 After placing a crafting order with a specialist, you can select the new "Pick Up" option from their menu to check on the status of the order. The top screenshot is showing the status of an order that has just started, while the bottom one is showing one that has been completed. When the order is finished, a Pick Up button will appear to allow you to receive the crafted items. You can only place one crafting order at each specialist at a time, so you'll have to wait until the current one finishes before placing a new one. So be careful with placing an order for too many items at once (current max is 99).

Well, that's all I have for this update. I hope you enjoyed it. The next update will be for the release of the new demo version. I'm hoping to get it out sometime during the Winter/New Year break. What remains to be done is some backend functionality for Workshops, such as saving/loading them and their workers, as well as a new system to guide players into the game. Please look forward to it, and if you have any comments, please post them below.

If you're interested in The Frontier, please check out the Greenlight page and vote to see it become available on Steam: The Frontier - Greenlight. Many thanks to those who vote!