In this Dev Update #4, I wanted to talk about the input methods, how interactions work in the game, and show one more area to you.

For this Dev Update #4, I wanted to talk a little about the input methods I implemented, how interactions work in the game, and introduce one more area to you.

For Timeless Adventure I plan to support a wide array of input methods. The primary input method will be the keyboard. Even though it is a Point & Click-like adventure game, I want the player to slip into the role of the protagonist. So you will control the protagonist directly like for example in Grim Fandango, rather than indirectly via mouse-clicks like in Monkey Island for example. Due to that, input via a gamepad will be also very good supported. But I also implemented support for mouse-only input. It will not be Point & Click, but rather clicking to the left will move the protagonist to the left, clicking to the right will move him to the right. For interactions there will be buttons on the bottom of the screen, which will be there anyway, to show the player the possible interactions with the character/item. I might consider a more Point & Click-like approach for mouse input if people really want that. But for now, I think it works very well. 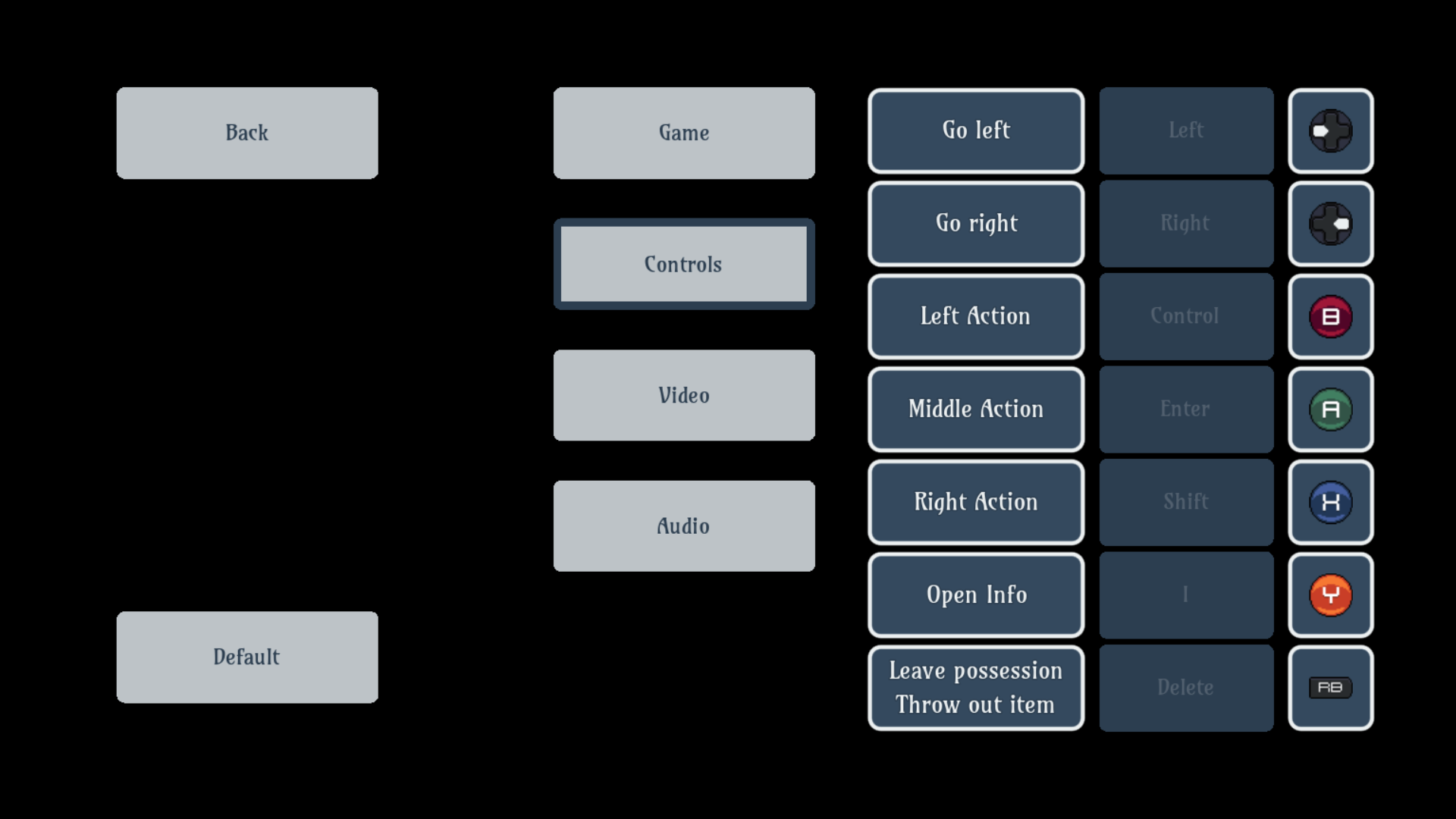 So the protagonist can interact with a variety of different characters, items, and generally things in the environment. If you come across something you can interact with, up to 3 interactions will be available to you. Most of the time you will be able to inspect the current object, to learn more about it. Or if you stand in front of a character, for example, you will be able to possess that character. Or you may be able to open a door, pick up an item, cast a spell on a dragon, etc. 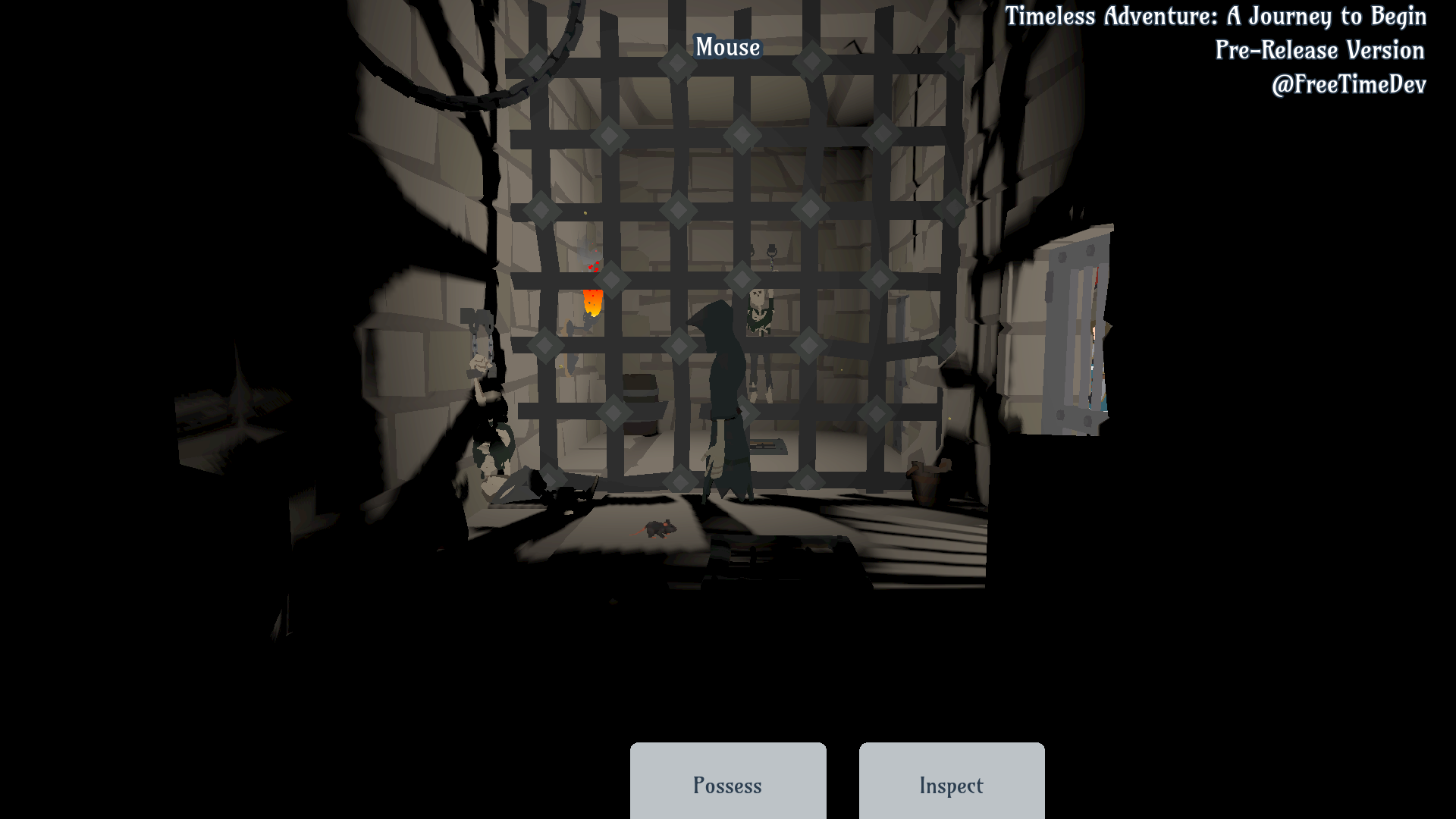 The Slums are situated at the edge of the city. This is where mostly two types of people end up: has-been adventurers, who blew all their found loot on Crystals Tears and fancy ladies and so-called Outcasts, whom the permission to make any kind of transactions in the city was taken from by the Kind Queen, because of something they did, or something they said. 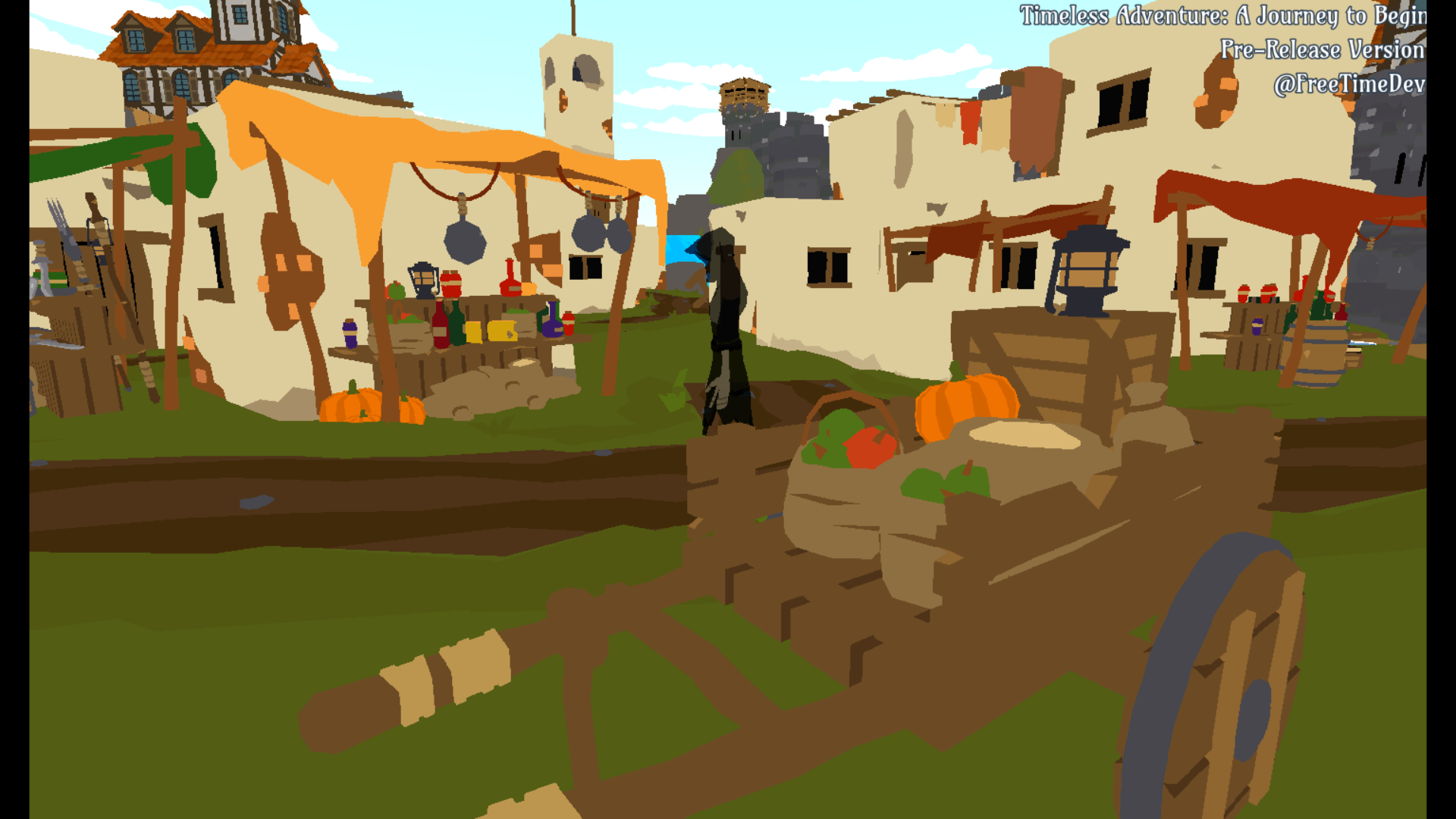