An update on the current state of the game, what I'm working on, plans for the future and upcoming content.

Current State of the Game

I've said multiple times already that I'm gonna release a public demo but after playtesting multiple times I always had the feeling that several main features absolutely need to be included for it to be a worthy demo and not just a sandbox that you can mess around in.

Why is it taking so long?

Aside from the fact that I'm solo developing which is the main time consumer, several back-end elements like a game patcher, analytics, optimization,... also took a incredibly long time to implement because of bugs, workarounds, difficult to understand documentation, etc..

One of the biggest problems was implementing unity's addressable system where the goal was to create a game patching/update system. I thought it would be a user-friendly addition so players wouldn't need to redownload the entire game for each future change I would make.

This worked to some extent as I was able to make updates to the content of the game from a remote server as you can see in this clip.

But something I found out way too late is that this does not work on actual changes in the game's code because code gets compiled into the game's exe which is not something that this Addressable system can update.

So the problem remained, I still wanted a update system. Luckily I found a very good tutorial on youtube that explained how to create a game launcher to update your game (link for game devs included).

So of course that took a while to implement because I added some additional features like a loading bar and an ingame system to check if the build is outdated but ultimately I had it working like I wanted.

Aside from that I of course added several new gameplay elements like the blessing system which are shrines that alter your abilities while in the dungeon. This replaces the old XP system with talent rewards when gaining a level. 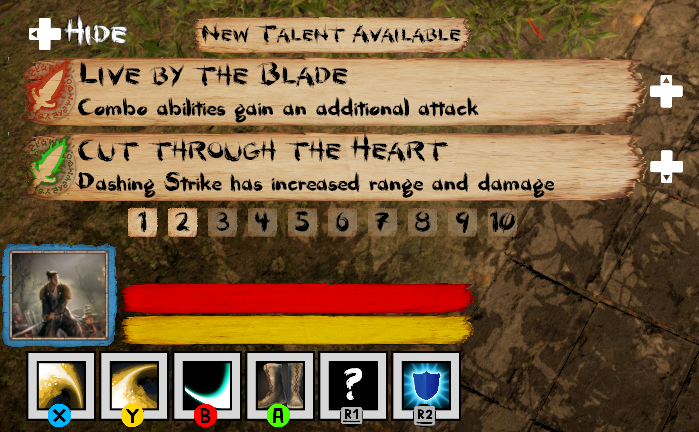 The dojo, with accompanying Sensei, allows you to learn other abilities to create different loadouts to be used in the dungeon.

The dojo has reopened - Indie DB

I added a menu to the pause screen to change some graphical settings. 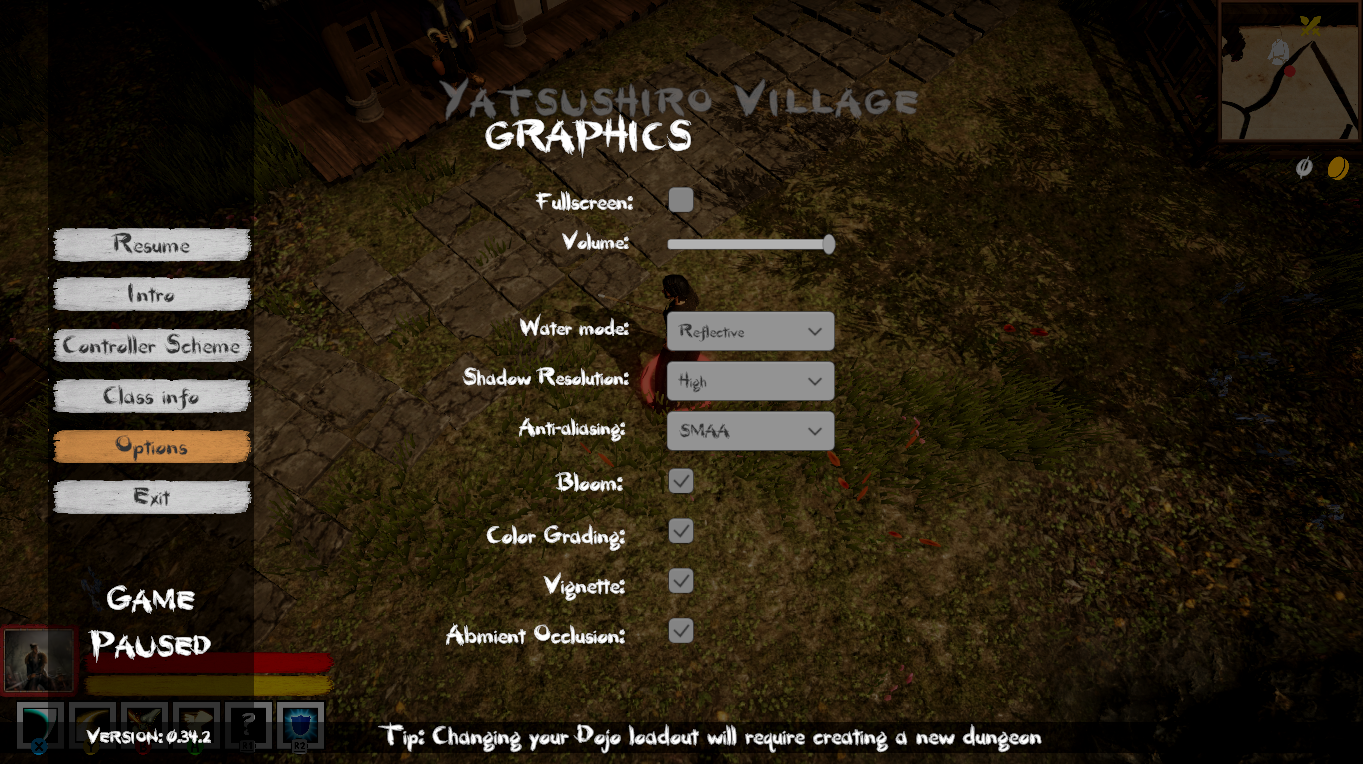 Finally I felt like the randomized dungeon is the last must have feature that needed to be added for a demo to be ready which is what I'm working on right now.
This will of course also take some time but luckily I already created some of the dungeon with the random element in mind.
So it's mainly an issue of converting what I already have to the tile based dungeon system.

When the demo is ready I can finally start thinking about my next step which will be to secure some kind of funding through a kickstarter campaign/selling in early access/publishers and what not.
I've already spent way too much time working on this project by myself and finishing the rest of the game obviously requires more help.

Currently I have 1 playable class but the plan is to add multiple unlockable classes with each class having their own abilities, ability blessings, loadouts and gear sets to craft.
Aside from that new unlockable town features need to be added and the dungeon needs several other tile archetypes, enemies, rooms, etc because you are fighting your way through the shogun's castle to defeat the final boss after all.

Luckily not everything from this list needs to be created from scratch.
I have multiple assets ready to be used which will be a huge time saver. 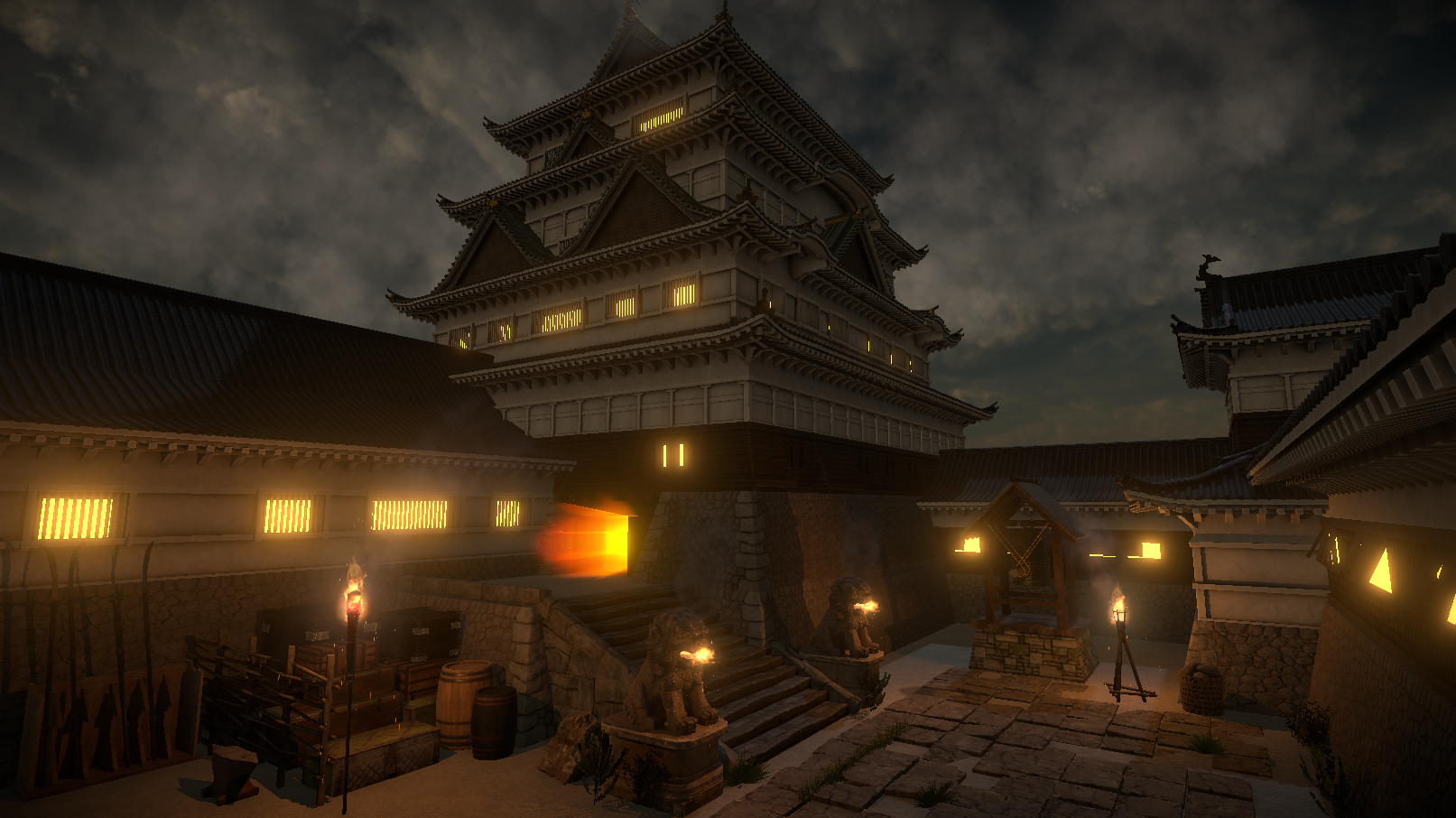 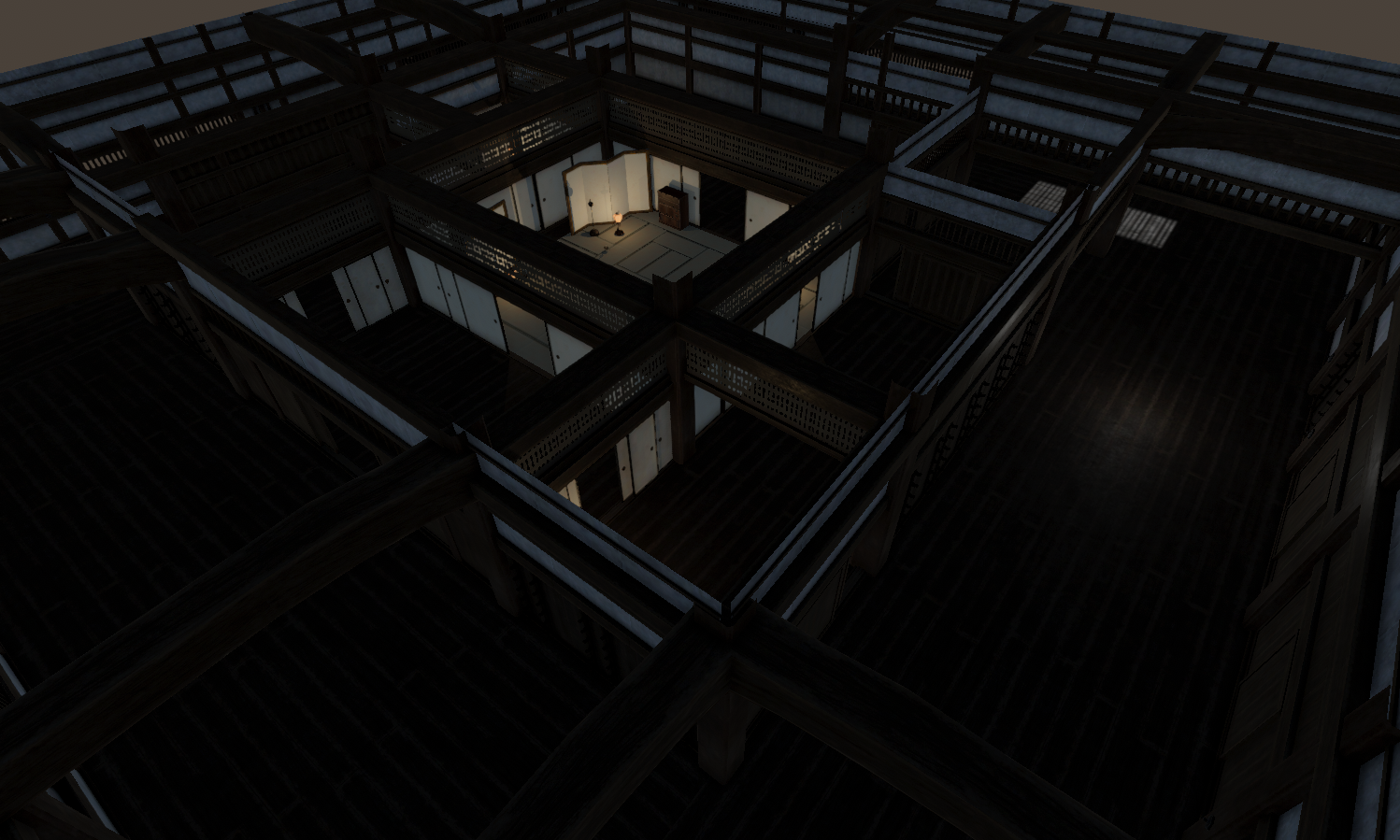 But yeah more help will still be needed because I do want to finish this project some day :D

So that's the current state of the project in a nutshell.
Let me now what you think and stay tuned for the upcoming article highlighting the roguelike dungeon aspect of the game!

Thank you for the update, good to understand the challenges you have gone thru, your efforts are appreciated. Hope you are able to find some others to work with and take the game to the next level :) Excited to check out the demo though too!