Just this past Sunday (October 18th) we finally got to show some of our most loyal followers what we've been working on. Given the success of our first pre-alpha test, we would like to invite some more people in to help us play test the systems we have! We also discuss other progress on Factions including Diplomacy, AI, and flora.

It's a common theme in survival sandbox games, you wake on a strange beach in a strange place with nothing but your wits to survive by. It's a very compelling way to start a story. A clean slate, a fresh start... It's a theme we thought of back in 2008 when work first began on Factions. Before the onslaught of survival games began, before even Minecraft. Back in the days when rumors about Darkfall was pretty much all the sandbox MMO community could talk about. If only we had the resources to make Factions a reality then :D But alas, it's 2015 and finally the end is in sight for our tiny dev team and, in our opinions, we have had many years to simmer our ideas into a perfectly blended stew. 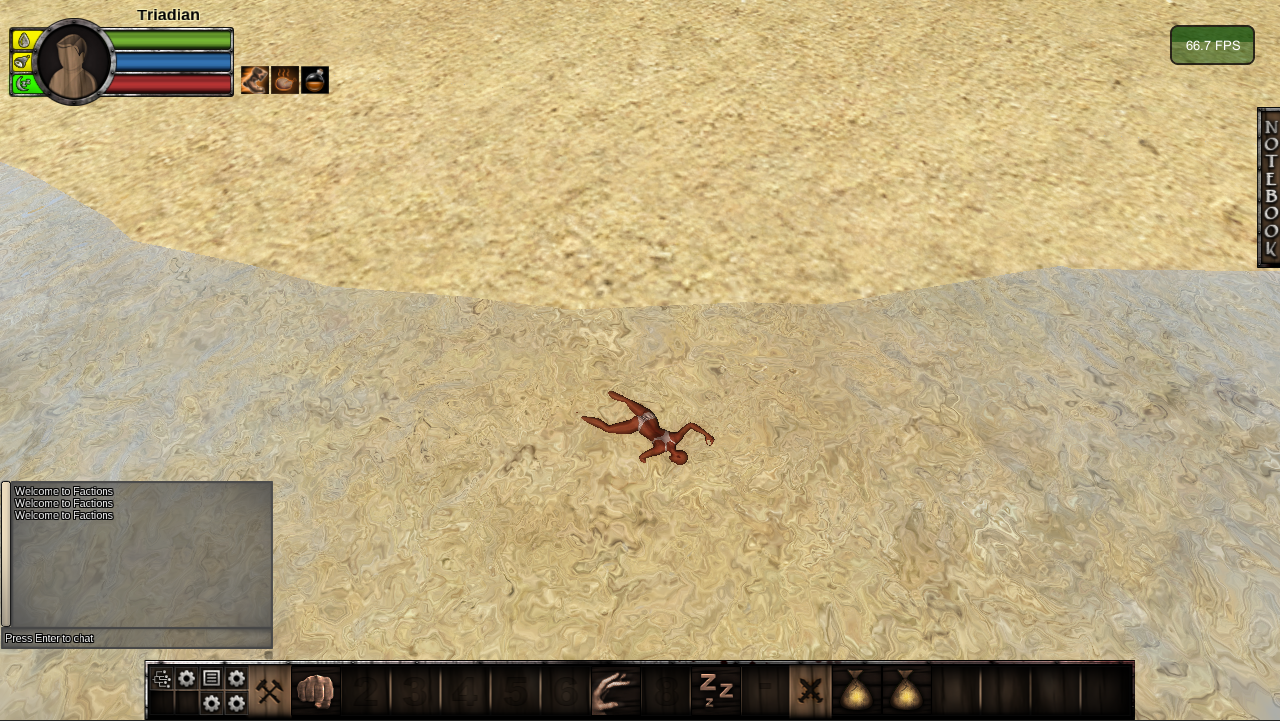 Just this past Sunday (October 18th) we finally got to show some of our most loyal followers what we've been working on. We brought a handful of people not on the dev team into the game for the first time ever. I'm happy to say the test went very well. The network code and other backend systems were very solid, and most of the user-facing systems worked well! While we have plenty of bugs to work through, it's (fortunately) a manageable amount. 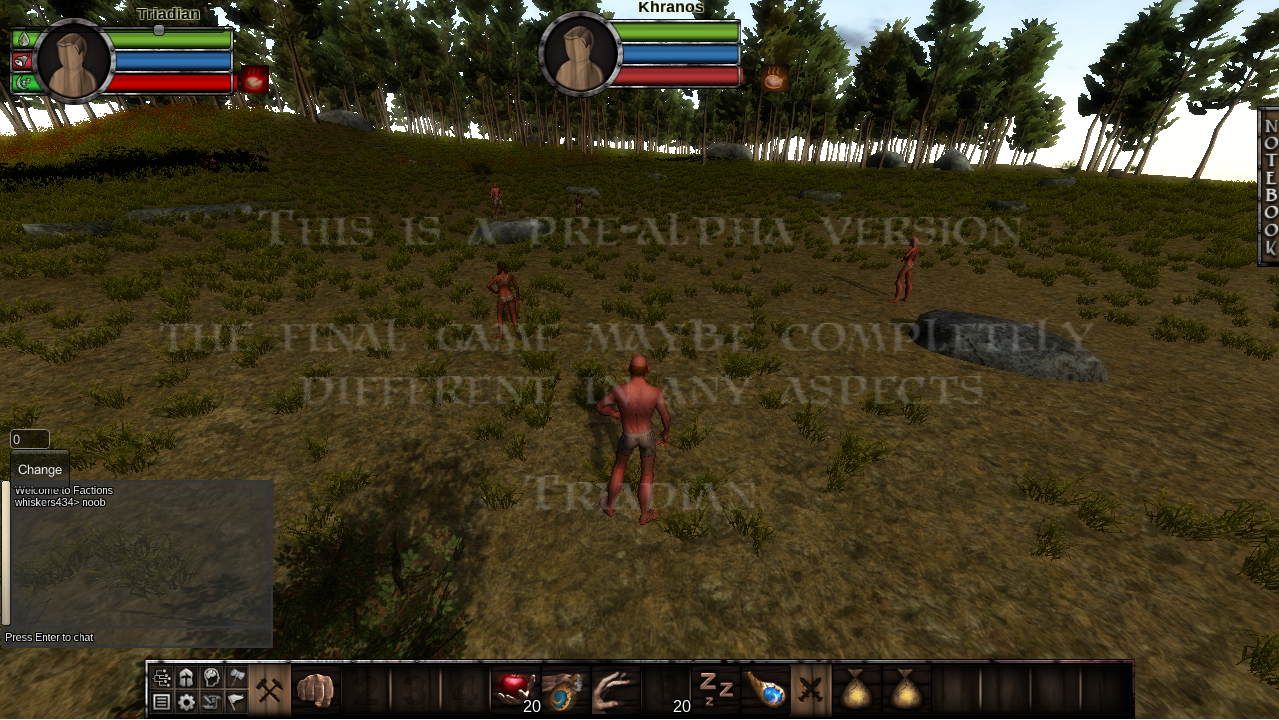 Given the success of our first pre-alpha test, we would like to invite some more people in to help us play test the systems we have! The first 20 people to register and send a PM to either myself (TheeLord) or Triadian on our official forums Factionsgame.com will receive pre-alpha keys to the game. The next test will be on Sunday, November 15th at 3pm EST. I will not promise you tons of fun, there is very little content currently, and a healthy helping of bugs, but you will be helping Factions to become a reality and see the game in it's embryonic state =)

Lately we have had a lot of awesome progress on the game! We've added a 2d artist who made a brand new UI for us, it looks amazing. Have a look!

Of course the ground cover system is new as of last month, and we are working on implementing proper vegetation growth. Many days of research went into our flora system. Below is the output from our ground fertility system. 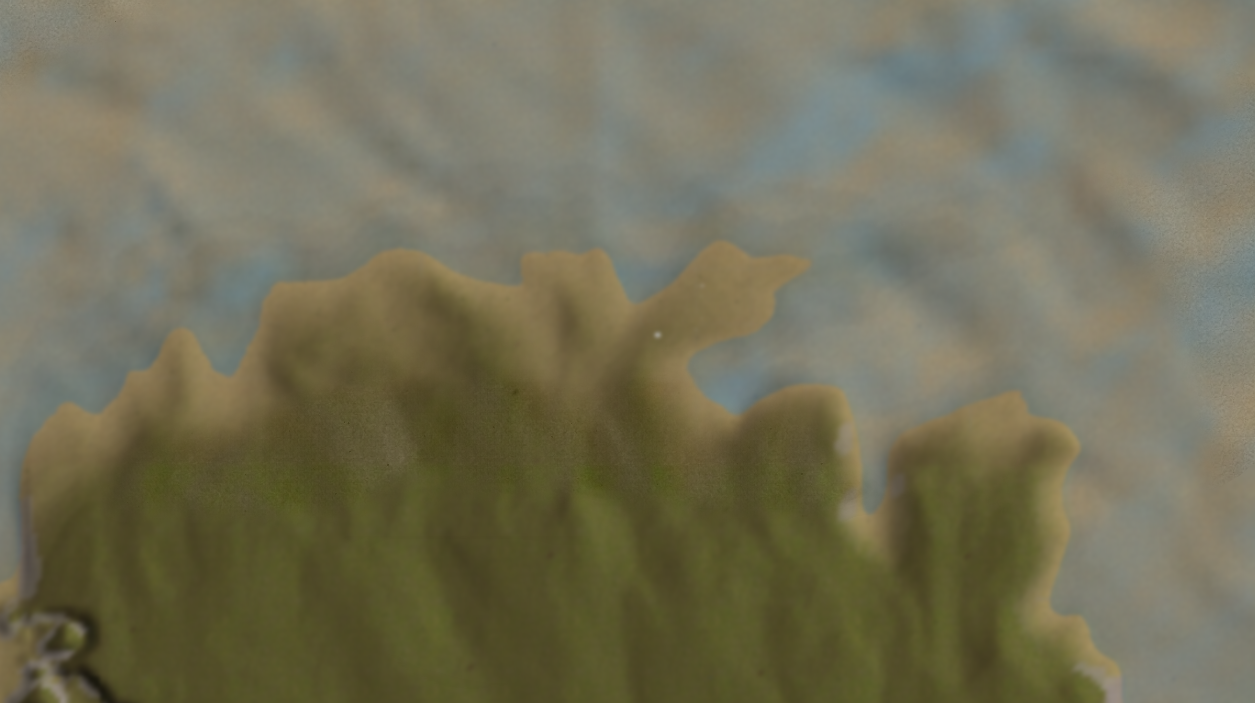 We model the fertility of the ground, altitude, slope, amount of shade, and use some preset biome settings to determine what plants should grow where. So I am happy about, and confident when I say we have the most realistic vegetation simulation in any MMO or MO survival game I've heard of. You may be in a more arid area and notice trees only growing on the northern slopes of hills where the water doesn't evaporate quite as quickly, or you may notice taller grasses in a valley where water would pool in reality. You will see trees choke an area of lower growing vegetation which cannot get light. Around beaches rocks will be smoother where they have been eroded by water, rocks will gather at the bottom of cliffs where they fall off the cliff face. This is all dynamically, procedurally generated, and completely in keeping with our design goals of a truly living, breathing natural world with no pre-made villages or buildings. 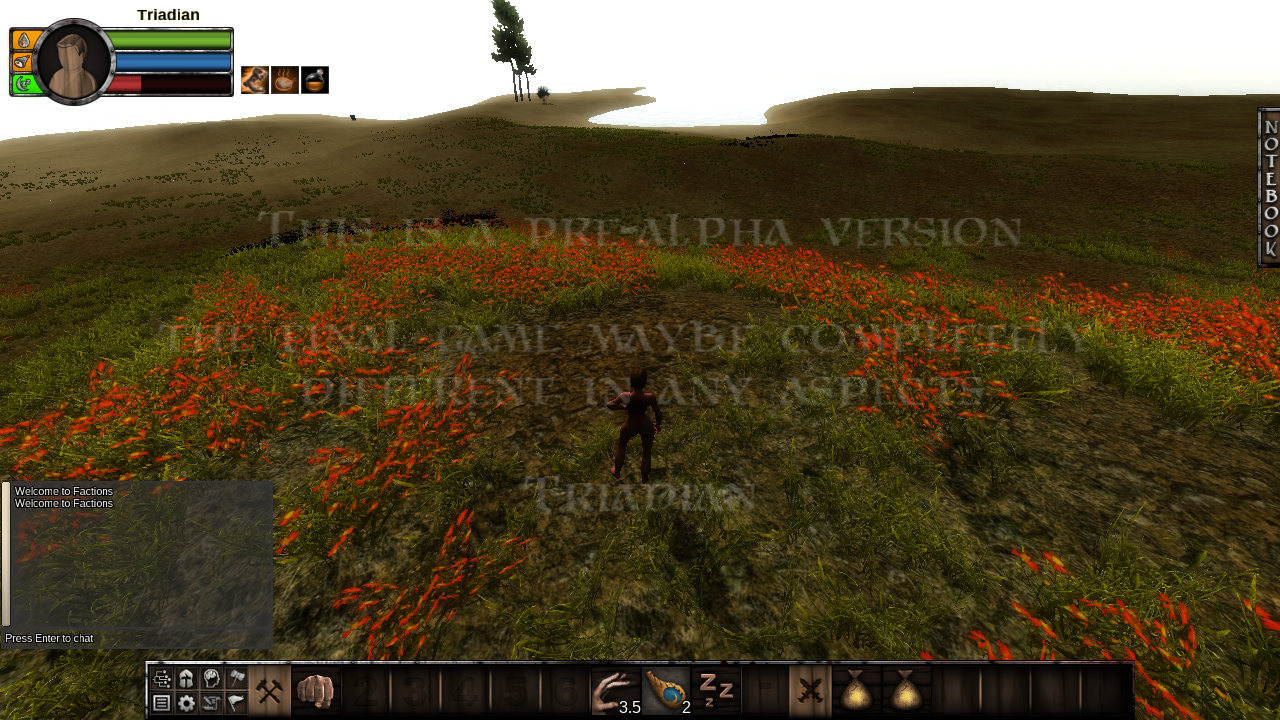 AI has also been progressing well! We have animals and NPCs moving about, deciding when to eat and drink. Soon they will decide when to fight and when to run from threats. Some animals will call eachother into combat, others won't. Some will run when near death, others won't. Some mate fast, some slow, some hunt in packs, others don't. These are all behaviors that are being worked on currently and should be in our test builds in the next few months. After basic animal behaviors are done, we will be working on taming animals, riding them, NPC generation, NPC housing and feeding mechanics, and giving them orders. Soon players will be able to hire NPCs to guard their towns, patrol an area or road, work their factories, and act as a vendor for the player's goods. Not only will they have to find NPCs in the wilderness, they will also need to assign them a house, and storehouse from which to draw food. In the coming months, NPCs will be a vital part of any faction's operations.

Also just recently added to the game is the diplomacy system. This allows for a very wide range of interactions between Factions built directly in to the mechanics of the game. In too many MO survival games, it's often a matter of "whoever is the biggest tribe survives!" All others are griefed and picked on until they either quit or play long enough to rival their bigger neighbors. We have a few systems designed to fight this. One being our afterlife system, where players will get punished for immoral actions upon death. The other is the diplomacy system. Now (very similarly to a grand strategy game) players can open a negotiation window to trade and set treaties with their neighbors.

Let's take an example of a big militaristic faction with dozens of members and the best fortifications, nearby they find a few huts and a couple of friends trying to eek out a living for themselves fishing and hunting. Most likely players who just started playing the game in the last few days. In other games in order to gain domination over the little fishing village, the mighty empire would simply loot, pillage, and burn it to the ground. Sure, they can still do that if they really want to in Factions, but they will suffer immorality points and need to avoid dying for many days, less receive a harsh death penalty. They will also have the option of making demands via the diplomacy system. They could demand everything from a few hundred gold coins as tribute, to vassallization, or even full annexation of the small tribe. No longer is complete destruction the only option, this opens up a huge host of gameplay options for both Factions. Maybe a smaller Faction asks to become a vassal of a larger neighbor. In exchange for protection, the smaller Faction will offer gold and help in wars. Maybe a large Faction wants to create an empire through pure intimidation, so they take their hundred man army across the world offering annexation or death to all in their path. Maybe there are simply two neighboring Factions who wish to trade wheat for wood or bricks for stone ;) , or provide eachother land access and access to eachother's resources. The diplomacy system makes this all possible and built in to the game's systems.

Please excuse the Diplomacy UI, it's a work in progress at the moment. 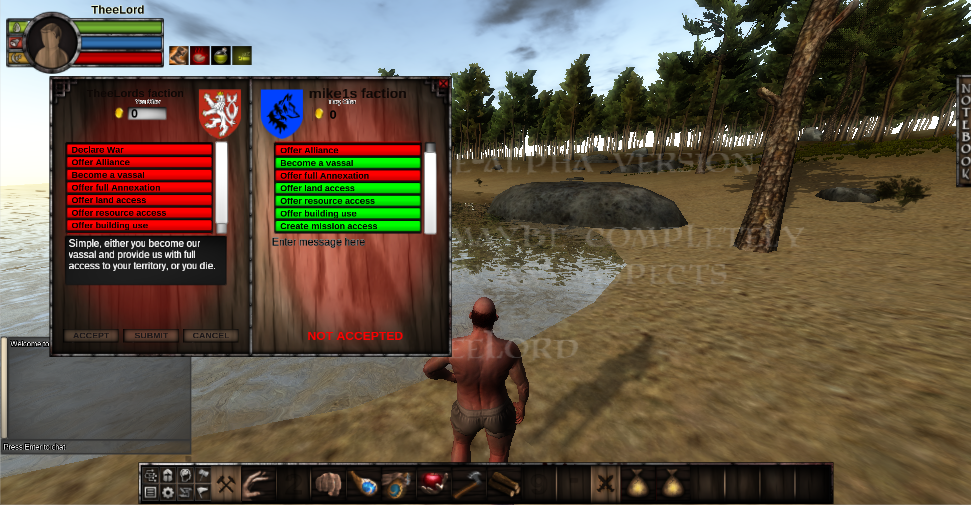 I also want to touch on war and alliances in Factions since it is a very important part of the Diplomacy system. Usually when you attack a player unprovoked, or kill a player, or loot a player's corpse, kill their mount, attack their buildings etc.. etc.. you suffer an increase in immorality and a much harsher penalty if you were to die. However, if you start a war using a formal declaration of war, you do not suffer these consequences. So there is great benefit to starting a war before you turn aggressive towards another player. The deterrent to declaring a formal war is Alliances. Alliances need to be agreed upon by both sides in diplomatic negotiations. If someone is declared war upon, all of their allies will be called in to the war automatically. This makes it incredibly important to make lots of friends! :D

Repairs are in place for the next session Boss.
See Ya there!!