Today’s Isonzo Intel blog goes into more detail on the Offensive game mode, the history of the first Battle of the Isonzo, and describes how we tailor the gameplay in Isonzo to match the historical challenges soldiers faced on the Italian Front.

We described the basics of the Offensive game mode in our first Isonzo Intel - in short, one team will be attacking while the other team will defend. The attackers will need to capture points and demolish key objectives, while the defenders have to stop them. Additionally, offensives are split into multiple battles, where the success or failure of early fights can influence later ones. There’s more to it than this though!

Demolishing objectives is done by the attackers using dynamite - gelatin tubes with a timed fuse. This means there is a possibility for the defenders to defuse them, creating very tense moments with planting and defusing. Objectives include enemy artillery positions and large bunker fortifications as well as ammo dumps, all based on the historical context of the map.

Another objective type is capture points, which will have to be conquered by the attackers using sheer weight of numbers and a firm presence. This will follow similar rules to what we have done in Tannenberg, where the more people are in a capzone, the faster the capture will go. Objective capture points can however be re-captured by defenders, unlike demolition objectives, and can be spawned on by the attackers if captured. This leads to some interesting strategic decisions for the attackers about which objective to attack first. Permanently destroy difficult demolition objectives, or the more exposed capture points which offer a new spawning location, but are vulnerable to counterattack. Of course you also have to bear in mind that if you take the capture points first, the defenders will naturally concentrate around the demolition objectives - maybe it’s smarter to try for the demolitions earlier? We’re curious what strategies players will come up with!

An artillery piece is demolished in a victory for the attackers.

If the attackers capture a line of defences, there’s a pause in the fighting before the next sector opens up, giving both attackers and defenders a chance to reorganize and prepare for the next onslaught. Defensive engineers can repair gaps in the barbed wire defences, construct additional heavy machine gun nests or add other defensive measures. More about that in a later update!

The Attackers get a fixed number of reinforcement tickets at the start of each sector that is replenished once they have captured all their current objectives, to allow them to renew their attack on the next sector. If the attacker's reinforcement tickets run out but they are in the process of capturing or a dynamite destruction objective is counting down, overtime is triggered: both sides frantically try to win the battle, everything hinging on the active objective. During our developer playtests this has caused some very tense moments!

Where Verdun and Tannenberg feature battles where both sides attack and defend, for Isonzo we decided that it made more sense to create a game mode where there is one attacking team with multiple objectives to take. We made this decision for a few reasons. Firstly, on the Alpine Front (other than the caporetto breakthrough) there wasn’t a lot of space for massive maneuvering, so anything like the Maneuver mode from Tannenberg wouldn’t make sense. 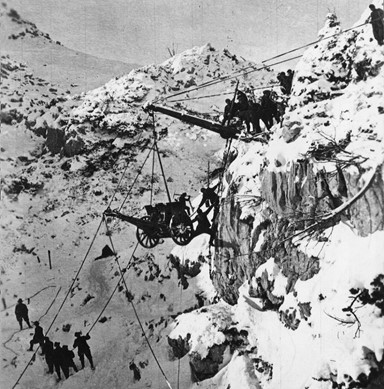 Look at the work going into moving this gun - and it’s not even a particularly large one!

This means that you don’t get the deep, intricate trench networks of the Western Front, and the back and forth attack-counterattack between trench lines. The amazing landscapes of northern Italy provide a wide range of battlefields with a lot of variety to them - fighting uphill to assault a bunker in the side of a mountain is very different to battling through ruined towns or attempting to cross a river under fire, all of which will be part of Isonzo.

We were drawn in by the fascinating challenges of conducting Alpine warfare with WW1 technology, as well as the sheer variety of different battlefields - everything from the mountains to colorful Italian towns and hard-fought river crossings. We hope our new Offensive game mode will give players more respect for the incredible feats achieved by soldiers on both sides in these enormous battles.

The First Battle of the Isonzo106 years ago today, the First Battle of the Isonzo was raging. Italy had declared war on Austria-Hungary on May 23, about a month before the battle began on June 23. There were around 225,000 Italian Army soldiers massed to assault the positions of 115,000 Austro-Hungarian troops, who were dug-in on high ground along the Isonzo river (also known as the Soča river). The Italians also had 200 artillery pieces - though many were old or obsolete - which put down an intense but short barrage leading up to the attack.

However, the Italian numerical superiority would not be enough. Their commander, Luigi Cadorna, followed a familiar playbook to the early attacks by Western Front commanders, launching a large-scale infantry assault without adequate artillery support once the initial barrage was done. The attack mostly failed to achieve its objectives in the face of determined Austro-Hungarian resistance and counter-attacks. In particular, the Italians made it into the city of Gorizia’s suburbs, but couldn’t break through in the street-to-street urban fighting and had to withdraw. The arrival of Austro-Hungarian reinforcements put an end to the operation on July 7. 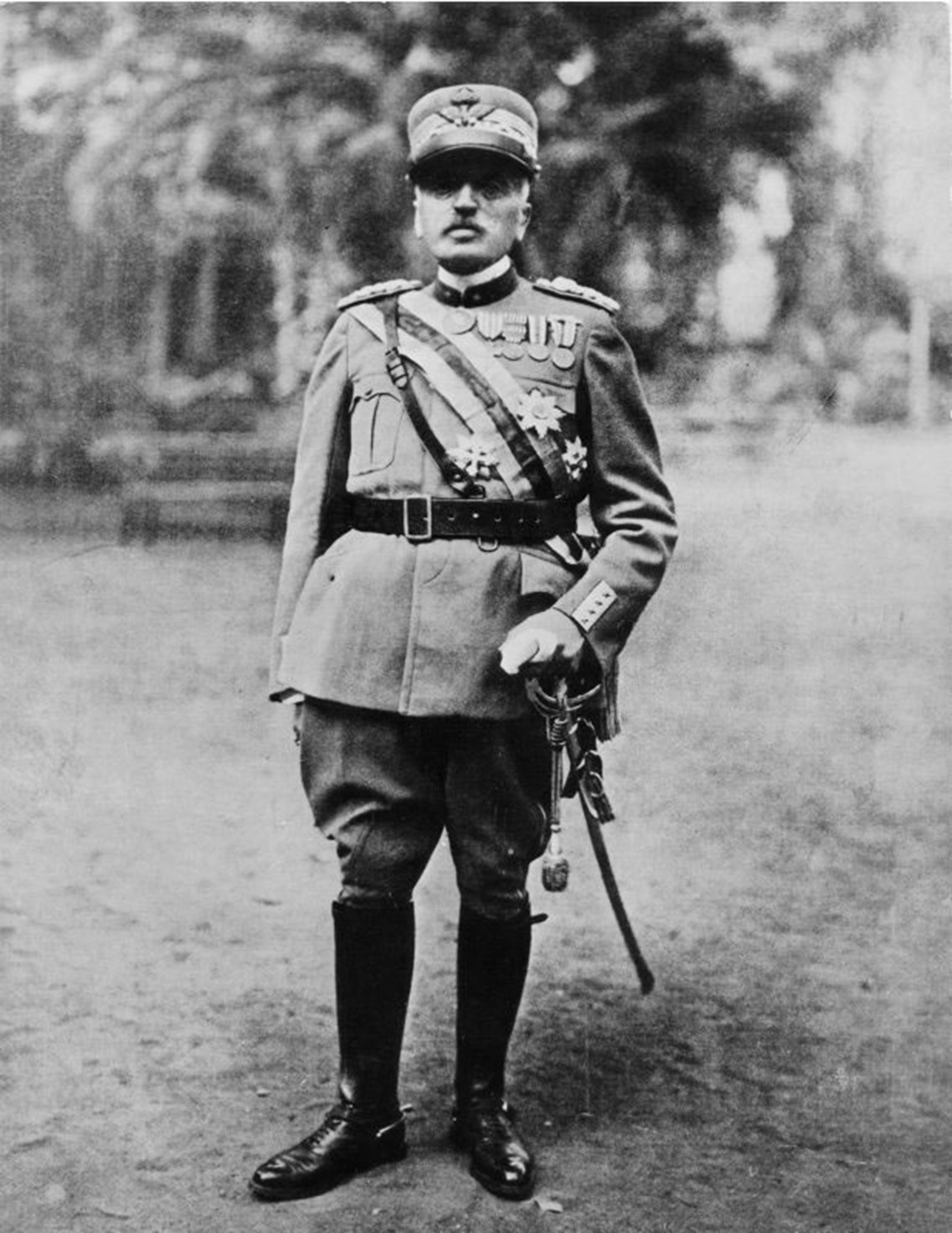 Luigi Cadorna, Chief of Staff of the Italian Army. His actions during the war were so controversial that present-day Facebook flagged our post of him as “offensive”!

One silver lining was fairly low casualties for both sides, considering that it was a brute-force frontal assault against prepared positions. The Italians lost in the region of 15,000 troops, while the Austro-Hungarians saw around 10,000 casualties. For context, that’s around a 7% casualty rate, compared to the First Battle of the Marne which saw a roughly 22% casualty rate for both sides. The British casualty rate for the first day of the Battle of the Somme - the deadliest day in the British Army’s history - was close to 50%, with roughly 35,000 wounded and 20,000 dead from the 100,000 or so attacking troops.

Unfortunately the death toll in future battles of the Isonzo would climb steeply, given the rough terrain and the poor leadership of Cadorna. We’ll return to Cadorna another time, but his harsh, often brutal leadership had a severe impact on the morale and effectiveness of the Italian Army. Casualties often forced offensives to be called off early, and this is reflected in the tickets system in Isonzo, just one of many ways we recreate the nature of warfare on the Italian Front.

And so ends another Isonzo Intel...That’s all for today, but we have lots more details about the game to share, don’t you worry!
And if you would like to help get this game ready, make sure to sign up for the Isonzo Closed Alpha Testing on PC.

There seem to be new recruits on the horizon as well, more about that in the future...

We’ll see you next time for the next Isonzo Intel!