Hi everyone and welcome to the third and final piece in our “Digging into Detail” series. My name is [TWDEV] Maniche and I’m the Lead Level Designer here at Traction Wars as well as being part of “Sword” mapping team alongside [TWDEV] Mars and TWDEV [RvtL]. I’m here to bring you the final result of everything we’ve been blogging about over the last couple of weeks.

Hi everyone and welcome to the third and final piece in our “Digging into Detail” series. My name is [TWDEV] Maniche and I’m the Lead Level Designer here at Traction Wars as well as being part of “Sword” mapping team alongside [TWDEV] Mars and TWDEV [RvtL]. I’m here to bring you the final result of everything we’ve been blogging about over the last couple of weeks.

Today we’ll make use of everything Mars and RvtL have covered in part 1 & part 2 of the dev blogs and bring it all together into our finalised scene. I’ll go through each step along the way and give some examples of tricks we use. 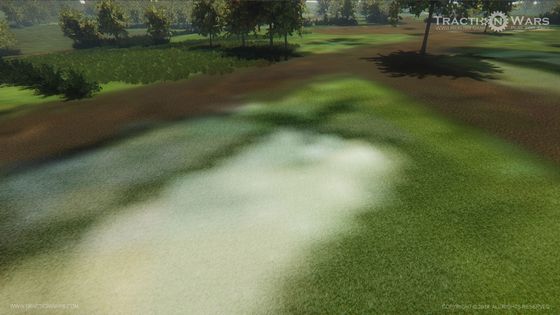 I’ll start of with this empty area that you can see in front of you. In our first part by Mars we talked about how we make use of historical maps and references to pin-point exactly where buildings were located and position them accordingly. You may notice that the ground has already got a lovely grassy terrain texture, created using the steps RvtL discussed in second part.

Please note the images we are using for examples are work-in-progress or demonstration shots. 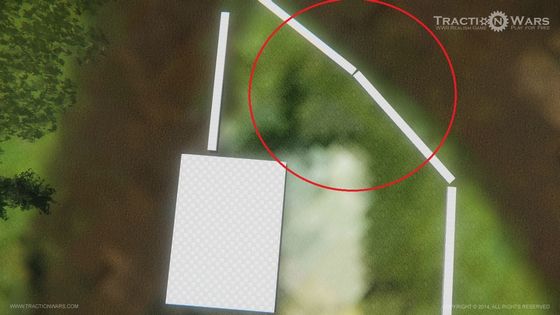 I start off by “white-boxing”. In other words, placing plain boxes to form the basic shapes of the agreed game-design. The concept is that the bigger boxes are buildings and smaller, thinner boxes are walls or fences. In the image above you can see both a wall on the right and a fence on the left. The wall provides great cover. While the fence provides only visual cover and allows other players to flank the position." 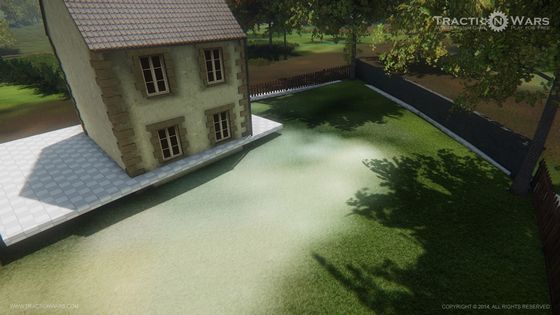 Then I like to place the larger objects, followed by the smaller objects which are key to the game-design element and the bigger trees/bushes. This all gives a better idea of how the scene could look allowing us to tweak the design at this early stage.

It’s important that we always white-box before beginning with the environmental element (small props, decals, plants etc..) so you end up with a properly balanced and thought through environment and game area. It helps to prevent time-consuming changes later in the process which are inevitable if we go straight into the detailing stage.

After that I like to hide the boxes to reveal the more complete scene. The next step is to layer paint in the details and especially give attention to areas where light and shadows will be cast. 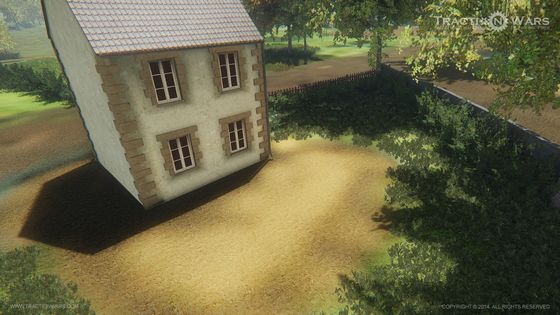 The next few steps after this is pretty much straightforward. Since we’ve already established the game-design we now need to bring the level to life and look as natural as possible.

I strive for a look that feels believable. Giving the scene it’s own little background story really helps in the designing & placing of the environmental assets and doing all the details e.g. the little tool rack next to the ladder.

My story went along the lines of a small farming family barricading their house, to the best of their ability, to try to protect themselves from the imminent battle between the ever nearing Allies and Axis defenders. They might be making some window-shutters to protect the windows, moving unused furniture and garbage out of the house and so on. The concept of a story driven scene works well and this is just a fraction of what you as a level designer can do with it. Try it out! 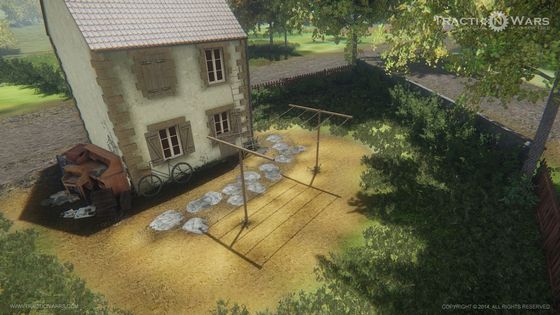 That brings the final piece of the “Digging into Detail” blog series to a close. I hope you’ve enjoyed it. We’ll definitely be doing another series in the future. For those of you who also enjoy mapping, I hope you’ve learned more about our practices and picked up a few hints and tricks along the way.

We've got more updates in the pipeline so be sure to check-in again soon.

Finishing touches in the final image really bring the scene to life. Can't wait for the final product, I can only image it will be a very polished product.

Love this mod! Excited to see more of this. Coverage of how it's done is awesome. I'd love to see some images of "from planning to finished work" ;)

It isent a mod. it's a standalone game.

When I'm designing a map I always use this approach, mainly because I find it a lot of fun to do. The main problem I have is that I tend to spend way too much time on a single 'scene', so I usually end up with a really small, very detailed part on a much larger, empty map :(