Dead Sector is an immersive souls-like which plays in a dystopian future. Enter the depths of the playable teaser and find out why more and more underground sectors lose contact with the surface. Fight against mysterious creatures and use their life energy to charge your equipment.

The main focus of the Health Bar is a immersive showcase of important information such as remaining life, energy, resources and equipment / weapon levels. In particular, diegetic and spatial interface elements from well-known science fiction games such as Dead Space and Warframe are used as inspiration. In addition, since we want to build a gloomy and threatening atmosphere in the game, the design also tends in a futuristic version of Dark Souls or Dead Space with a pure focus on the melee combat. Our goal is to combine the immersive Dead Space UI with the dynamic Dark Souls gameplay. We played with some ideas for the "player health bar". After we finished the basic functions like attack, block, parry and roll.

Concept Art for the Player Character 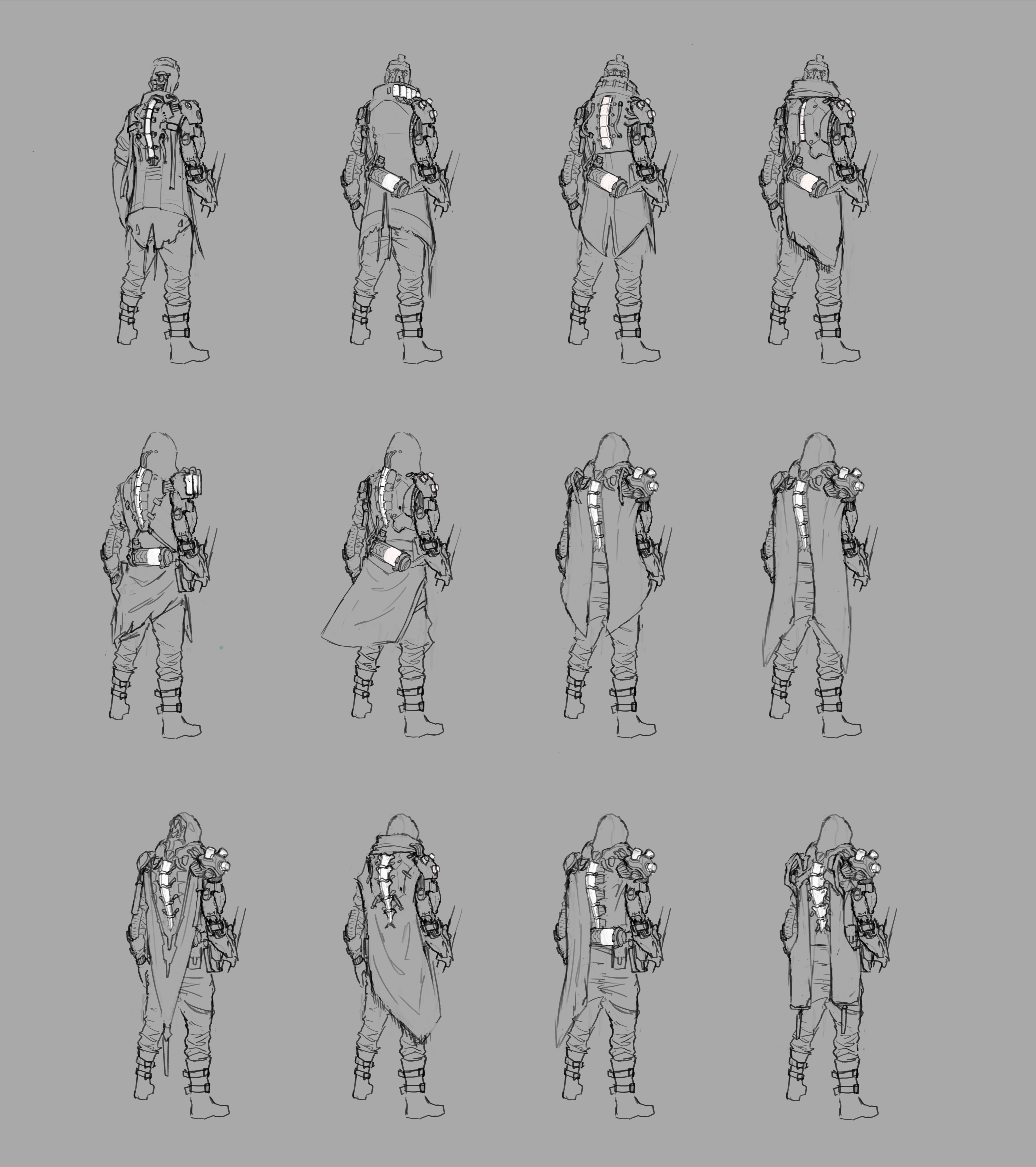 The following tables compare the individual properties of the UI elements. The focus at the counter position is the understanding and visibility in a dynamic fight situation. In this case, attention is paid to the direct and side views of the individual segments in the life display. The fixed camera position acts as the basis for the comparison.