We bring you our first dev blog. This first one will be maybe a little general, but somehow it has to start.

we bring you our first dev blog. This first one will be maybe a little general, but somehow it has to start.

For the last 14 days, everything revolves around the Steam Game Festival, which will run on Steam from June 16 to June 22.
We are very happy that we got to this Festival. But the competition and the number of games at this summer festival is huge. And we hope that perhaps all the energy devoted to preparations will not be useless.

The first thing it was necessary to make the Steam page of the game somehow operational and, most importantly, to make a representative video for the game. We just wanted to take pure gameplay shots to show the game as it is today (in the development stage). And we think we did it really ok. From really many hours of our in-game footage, we managed to turn into a short minute video that does not contain any scripted things or any modified scenes for the video. We're really excited from this video. See for yourself and you can rate in the comments:

The time-limited DEMO will arrive on June 9th

The condition for participation in the festival is also a playable demo for all those interested during the festival (which will be available only during this event). And this was (and still is) a really big and difficult step. According to us, our game as such is not completely suitable for any demo version, as it is a survival sandbox and the whole depth and meaning of the game come after a few hours of playing.
From logical reasons, however, it is necessary to limit the demo, it is not appropriate to show everything and make everything available.
We, therefore, had to make a decision on how to put it all together. So we defined a smaller part of the world for the demo and limited it to time (only for three-game days). The demo is also more of a game prototype and presentation of basic mechanics than a really playable demo. As we are constantly working on content and other things, the demo will contain mostly working content. Basically, you will be able to take a look at our working version in which we testing a tunning all the elements and future content. 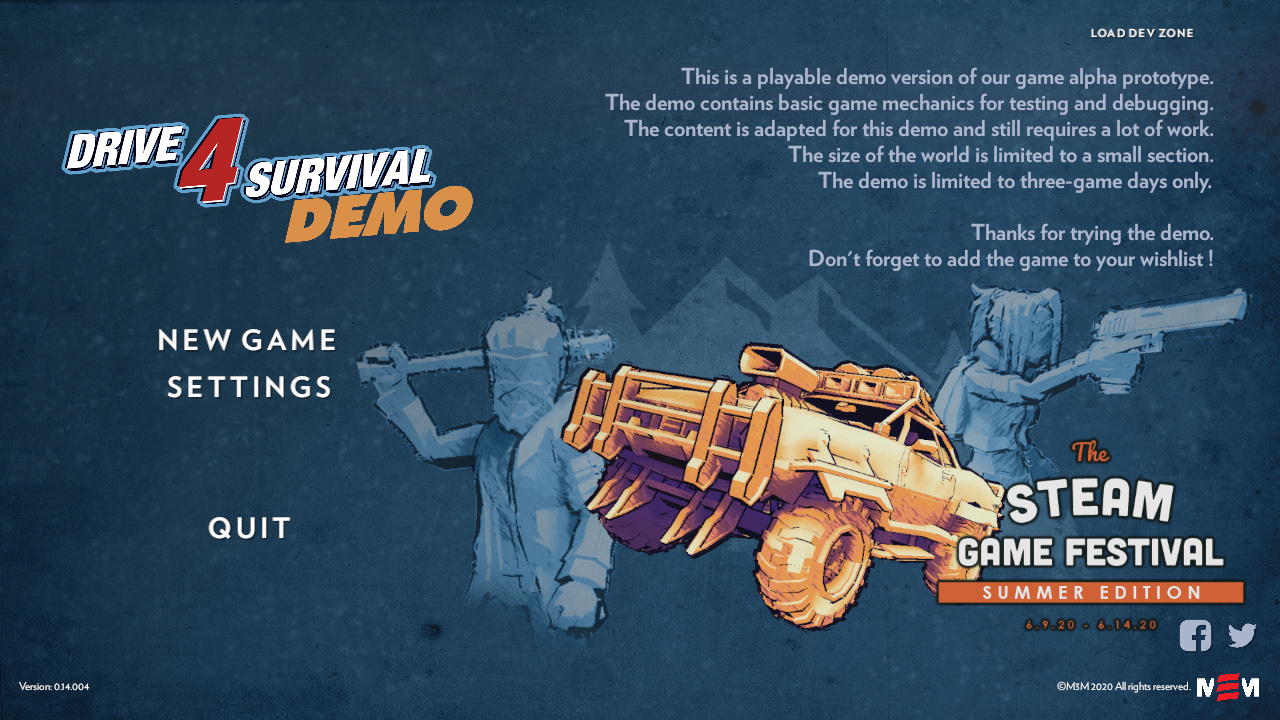 So let's hope that it won't be a disappointment, it really doesn't correspond to what we want to release into early access in the autumn. But it certainly shows our vision and direction with this game.
On June 9, you will be able to test it for yourself.

The whole festival, demo, and associated events are basically PR helps from Steam for small developers. Every game needs to be visible, which is really hard these days.
But it all also depends on the community around the game.

Therefore, if you like our game, you see potential in it or you are just interested.
Don't worry and add the game to your wish list on Steam.
Recommend her friends to follow her as well.
Share the teaser, pictures, and information - just about anything that will help get the game to other potential fans.

We will be very grateful for any action and support.
Thank you very much in advance for anything!
M3M