Cretaceous update is now available! We thank you for your patience and wish you find the long list of improvements pleasing :) Thank you for all the feedback we’ve gotten and we’d like to know what you think of the update!

Dinosaur AI has been reworked and it has made these improvements possible. In the future the new AI system will make it easier to do further improvements. 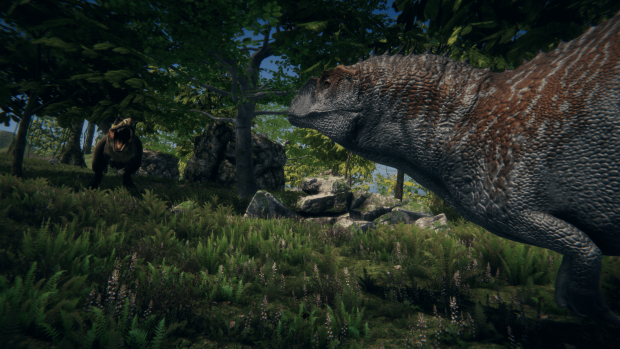 Pteranodon rework
Pteranodon now fly in more irregular flight paths making hitting them a lot harder. If a player hits them while they are charging they will abandon the attack.

Three new dinosaurs from the cretaceous period join the game!

Carnotaurus
Carnotaurus is a large carnivorous dinosaur that’s both fast and deadly. Instead of using just their teeth they might ram the player using their horned heads. You might encounter more than just one of them at the same time! 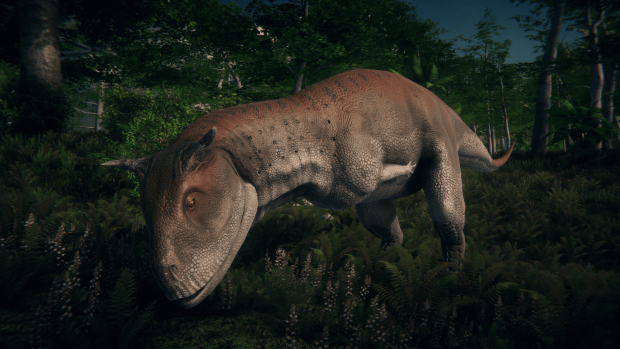 Gallimimus
This ostrich-like herbivorous dinosaur likes to move in herds and it’s likely you’ll spot many of them at once. Once they are running from danger they are fast and challenging to hit. 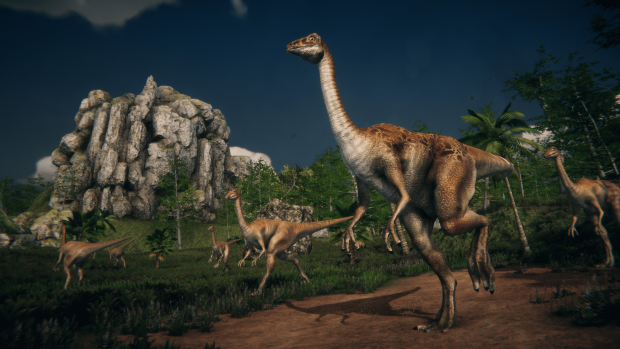 Pachycephalosaurus
Pachy is a small and agile herbivorous dinosaur with a uniquely thick skull roof. This gives it the ability to knock down players using it’s powerful head. 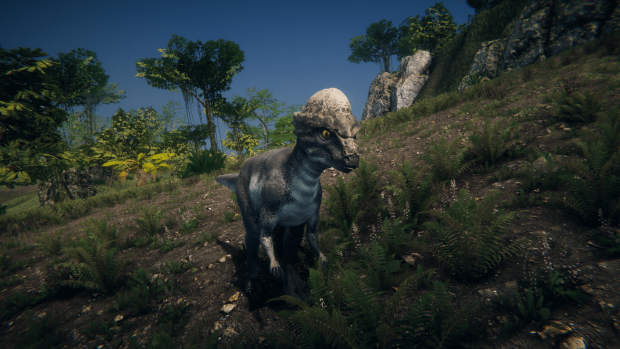 The new double rifle is the most powerful weapon in the game. It is a little different from other weapons as you can fire two barrels rapidly with great force but you have to reload every two shots. It has iron sights. It has its own ammo type. 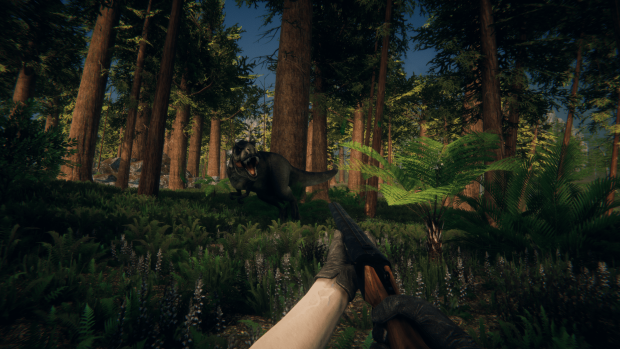 All dinosaurs now have ragdolls. It means they now react in a more dynamic way when they die. They tumble down cliffs more naturally. 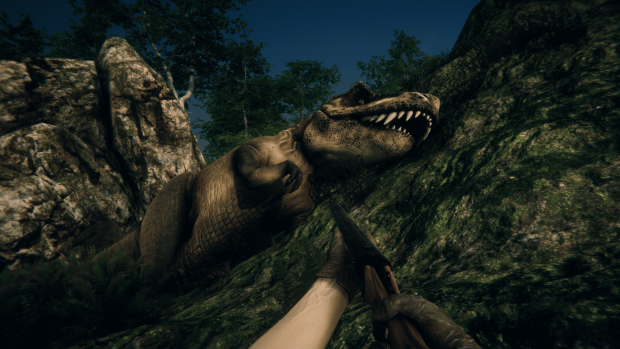 When a dinosaur is hit it will react based on how badly it was hit. If a player scores a great hit it will slow down the dinosaur giving the player much needed time to secure more shots in. 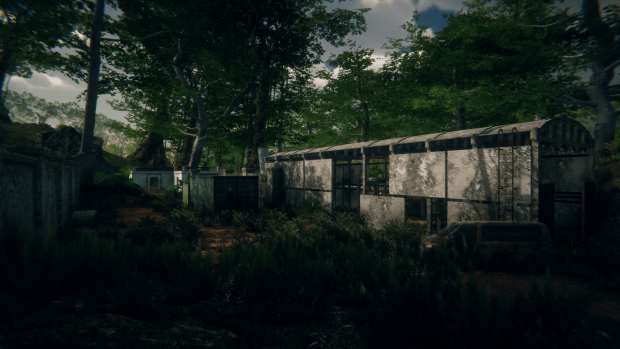 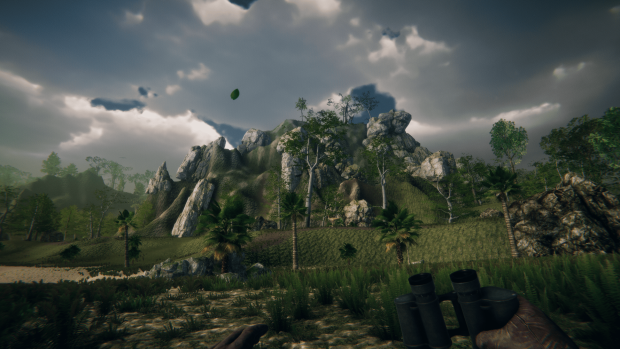 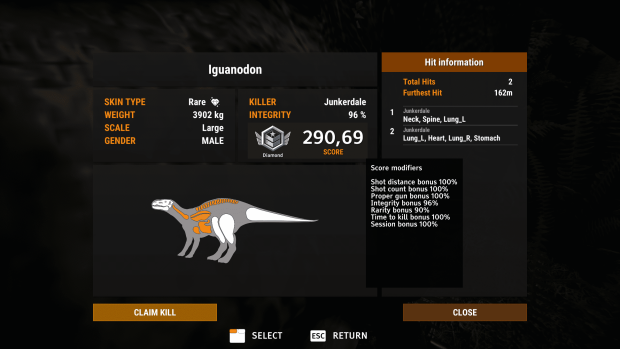 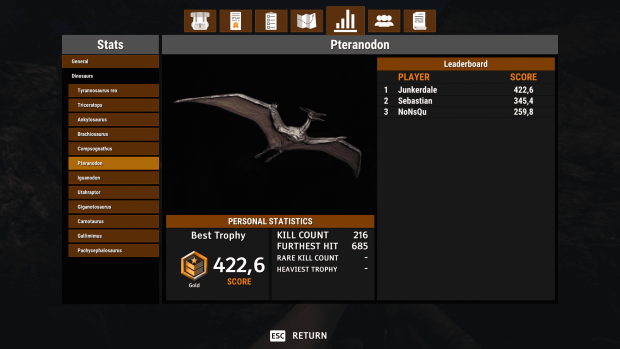 Almost 20 story items have been added. They are part of two different storylines. Story items will show in your compass once you’re near them. There will be some reference points with each item making it easier to spot them. 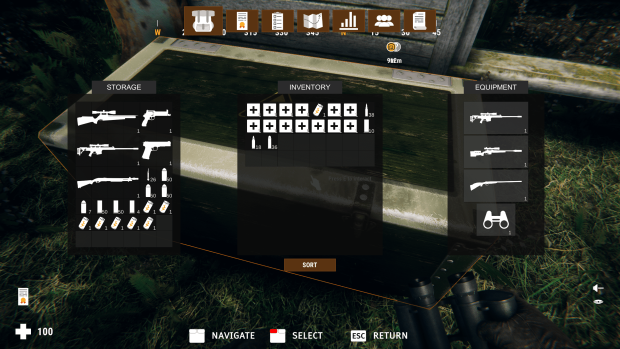 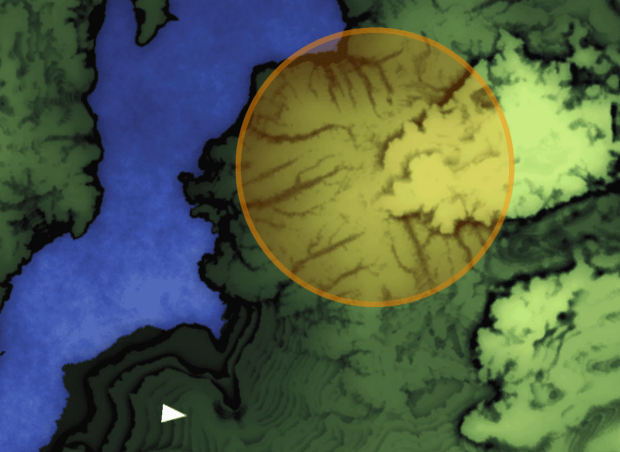 To differentiate the shotgun from other weapons we have created a new ammo type for it. The ammo was changed from slug (single projectile like rest of the weapons) to buckshot. One buckshot will contain five smaller pellets that will slightly spread. All ammo you have for a shotgun will instantly change from slug to buckshot type. From the hit information screen you’ll be able to see how many pellets of each shotgun shot hit their target and which organs the pellets hit. 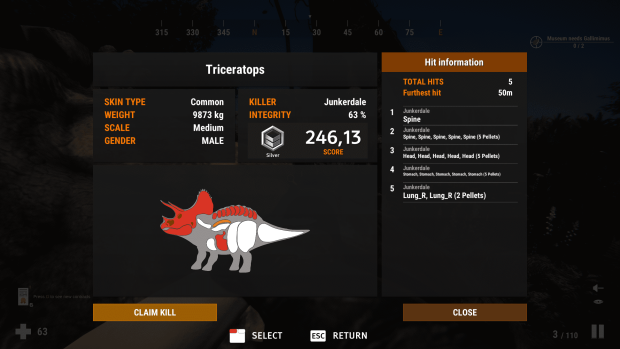 Mod support works now with a configuration file where you can set properties for guns (damage, kick, bullet speed etc.), spawn limits for dinosaurs and properties for dinosaurs. You can activate a mod in the game menu. Please note that when you’re playing a mod it doesn’t give you experience etc. because the mod will be played in offline mode. For now mods are only supported in solo play, 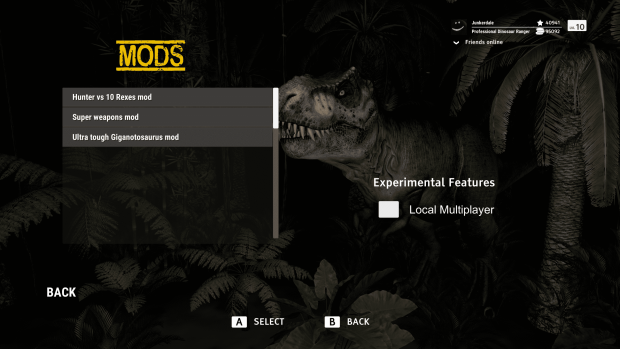 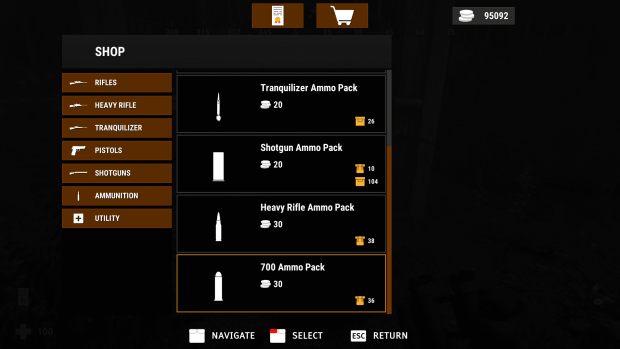 Thank you and we look forward to hearing your thoughts.