Creative Flow Games is moving to indiedb from blogspot for its devblog purposes. Through this, we hope to reach a broader audience to which we can present our game!

Posted by CreativeFlowGames on Apr 5th, 2020

Creative Flow Games is a 3 man Portuguese team currently working in a stealth game with a focus on sacrificing your options (in the form of powers over darkness in exchange for a harder but higher scoring experience. Our team consists of

So far when it comes to programming we can detect if the player is in light or shadow, we have a sound system that makes it so the player's footsteps are louder depending on the terrain and we have two powers done so far.

When it comes to art we're currently doing some perspective studies to find out what view would be best for the game, but we have a couple of concepts for the enemies and player so far, as well as the powers the player will use.

As far as design is concerned, we are happy with the base mechanics we've defined, and the first level is conceptualized. We have been discussing many things about the finer points of enemy behaviour and the like but we're at a point where we think we have enough to move forward without much issue.

I'll leave you now with some concept art we have so far (Two player concepts, concepts for the three enemy kinds, and concepts for the powers in order), and I hope those who read this will look forward to our future updates! 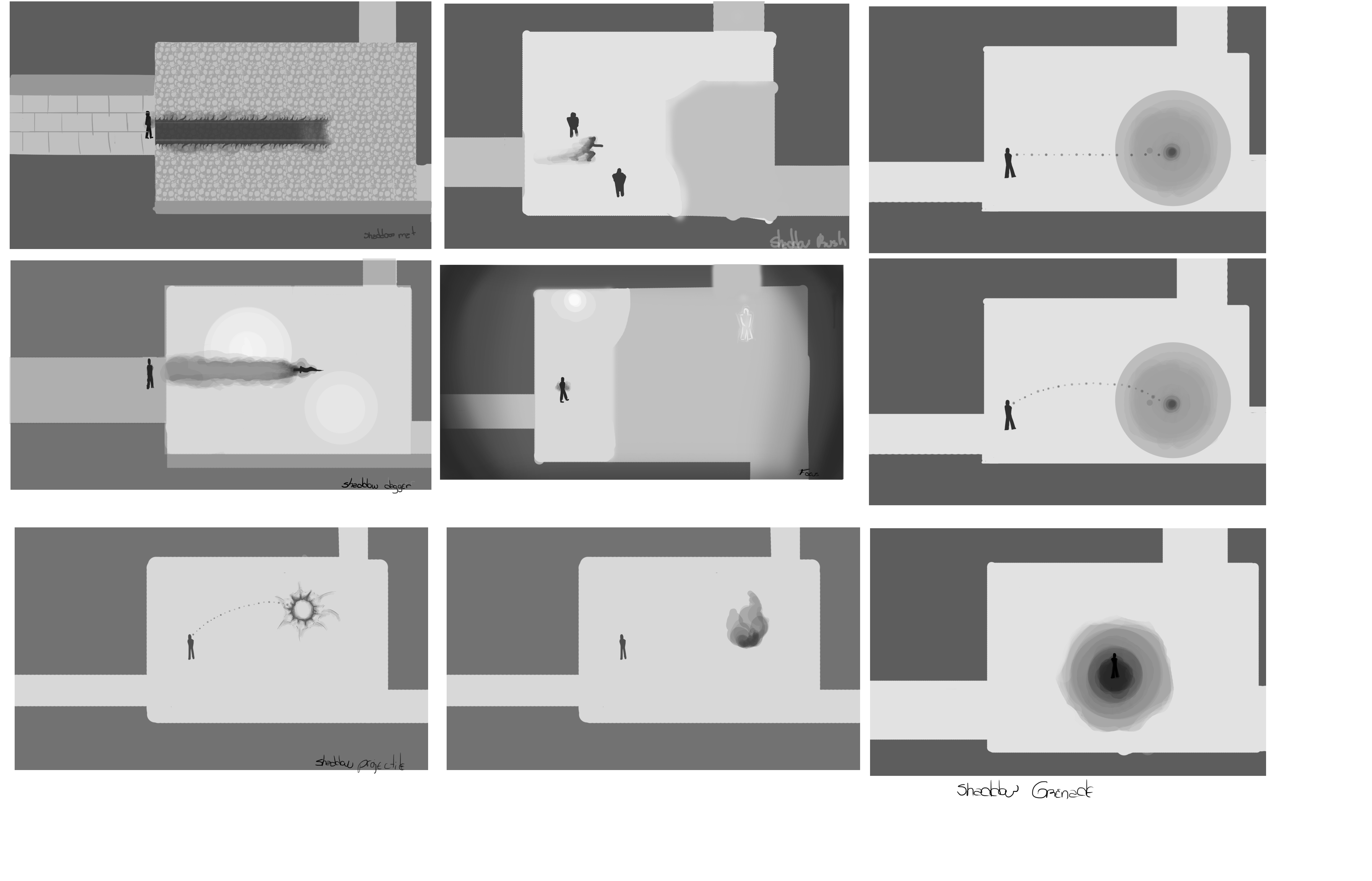