This week's screenshots show the key-mapper for A Door to the Mists, now updated with the key-mapping module's recently-added functionality!

(Please excuse the lack of a mouse-pointer in them; it wasn't captured with the screenshot.) 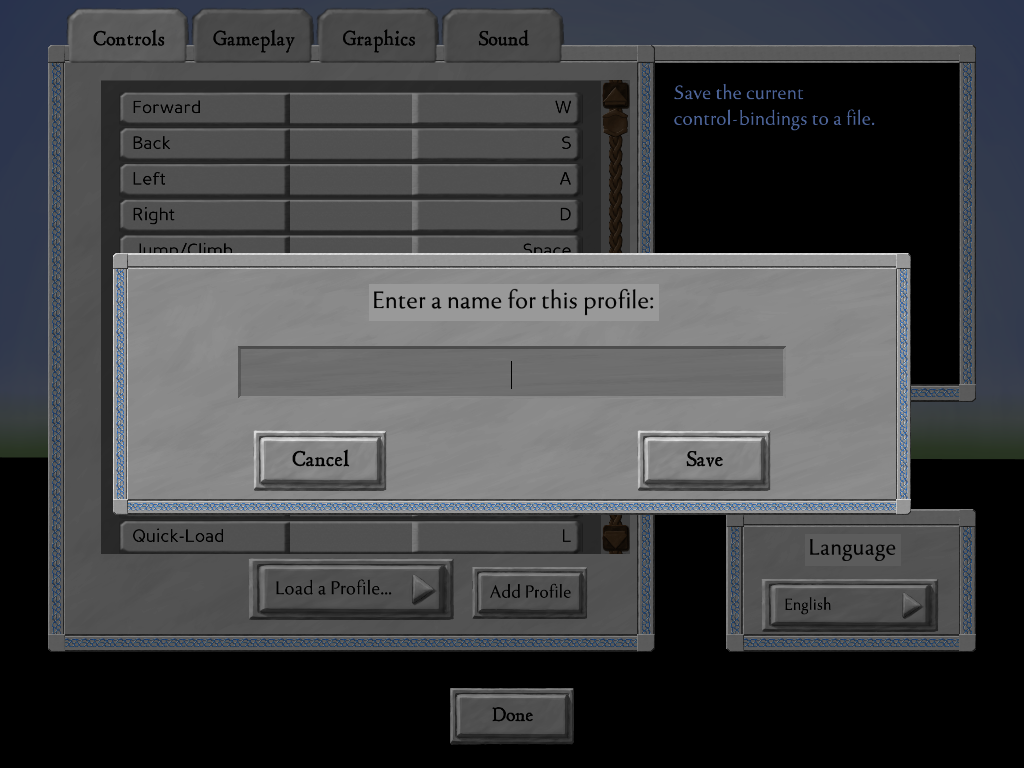 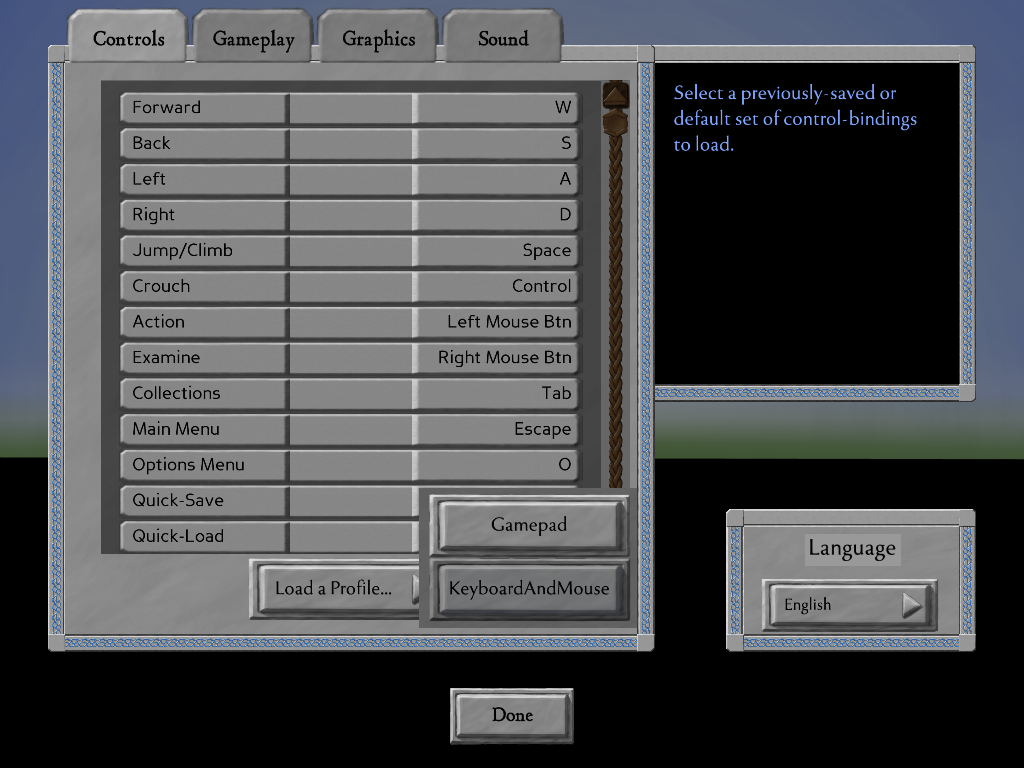 The week just past was a busy one, I feel! Once again, most of its work was related to the key-mapping module, whether directly or peripherally:

To start with, I believe that I have my key-mapping module complete! ^_^

This involved some tweaks, and the addition of a few new features (including the separation of the key-mapping "profile" directory into a "default profile" directory and a "user profile" directory). But perhaps more than that, it involved a lot of bug-fixing, as I discovered a number of issues along the way--but thankfully, I believe that I've fixed all that I found.

With the module pretty much done, I believe, I've uploaded it to GitHub, available for other Panda3D developers who may find it useful. If you want to take a look, you should find it here:
Github.com

The GitHub version includes a very, very simple example-game that I put together in the week just past. It shows the use of the module in the context of a game, as well as some of how the module's appearance can be customised. The game itself is a simple Lander-ish thing, in which the player flies a little craft around an arena, collecting gems while avoiding the walls. 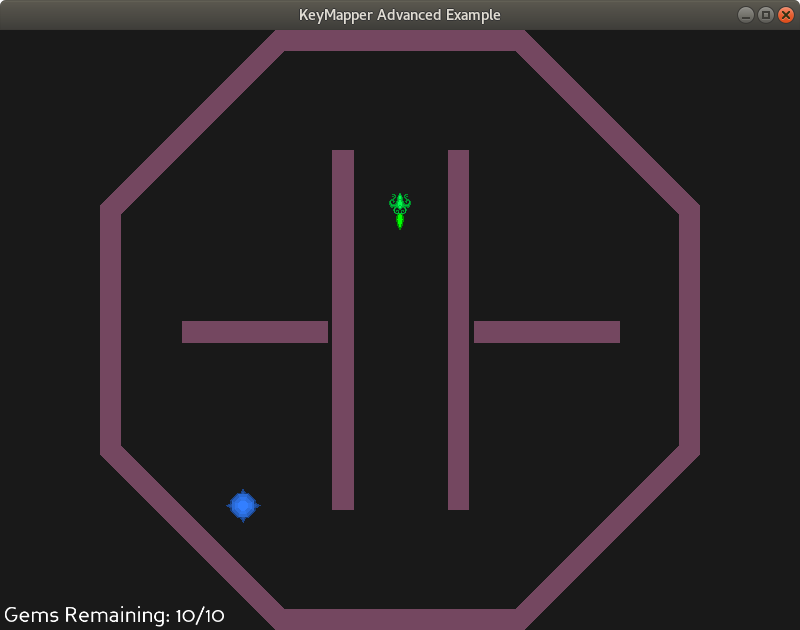 I also included a dummy saving- and loading- script in the repository, so that programs, and especially the test/example programs, may be used without showing error-messages at every attempted control-binding.

I believe that in last week's post I mentioned a short game that I had made in the hopes of getting feedback on the key-mapper. Well, with the key-mapper done, I uploaded that test-game to itch.io. If you're interested in trying it (whether for feedback or just for fun), you should find it here:
Thaumaturge-art.itch.io

And with all of that done, I moved back to work on A Door to the Mists itself. Specifically, and as shown above, I updated its key-mapper to reflect the changes that I've made: in particular, the "reset to default" button has been removed, replaced by the appropriate profile-related UI-elements.

Furthermore, I set to work on integrating the key-mapper's new functionality into the game itself. This actually went pretty smoothly, I believe! Indeed, for the first time I got to play A Door to the Mists with a controller. ^_^

(I still much prefer keyboard-and-mouse, but I like that the option is there, and that it works.)

This did incur the addition of a few extra controls to the game--specifically, one each for the four axial-directions involved in looking. (That is, up, down, left, and right.) On the plus side, adding these means that if someone decides that they want to look around via keyboard, they should be able to do that.

The only real stumbling-block is that I have a very cheap gamepad, which confuses Panda3D a little; in particular for this game, the right thumb-stick doesn't seem to report itself as Panda3D expects. However, I think that the engine-developers may have recently added some fixes for this--we'll hopefully see when the next version of the engine is released!

I will confess that I do fear that my current gamepad controls feel rather awkward in the combat mechanic. (Although it's possible that some of this is due to my inexperience with gamepads.) It's something that may call for further thought...

And over the course of the week a number of other changes and fixes were made that don't seem worth mentioning here!

Finally, I've started in on a new side-project in my off-hours. I'm currently calling it a "wandering visual novel": visual-novel mechanics embedded in a tile-based, free-roaming 3D environment, such as was used in a number of old RPGs.

I posted a short video showing my prototype, which you should find here:

And a few screenshots: 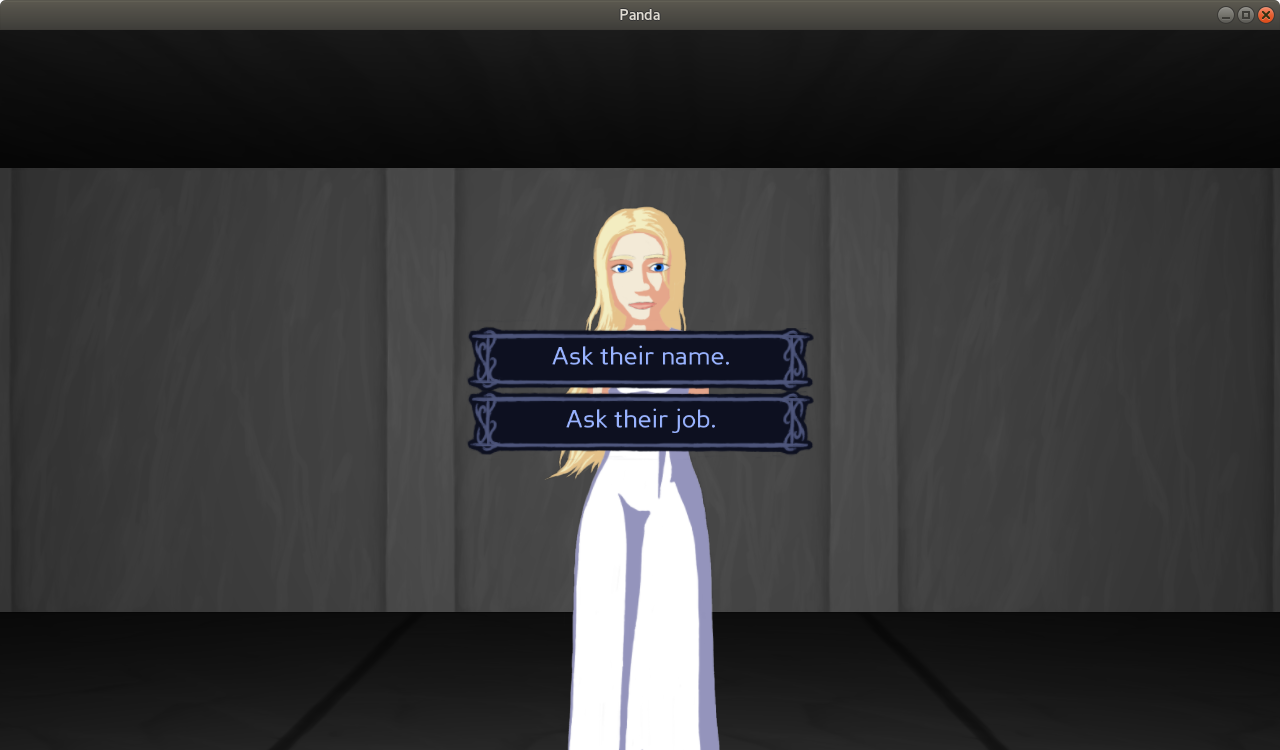 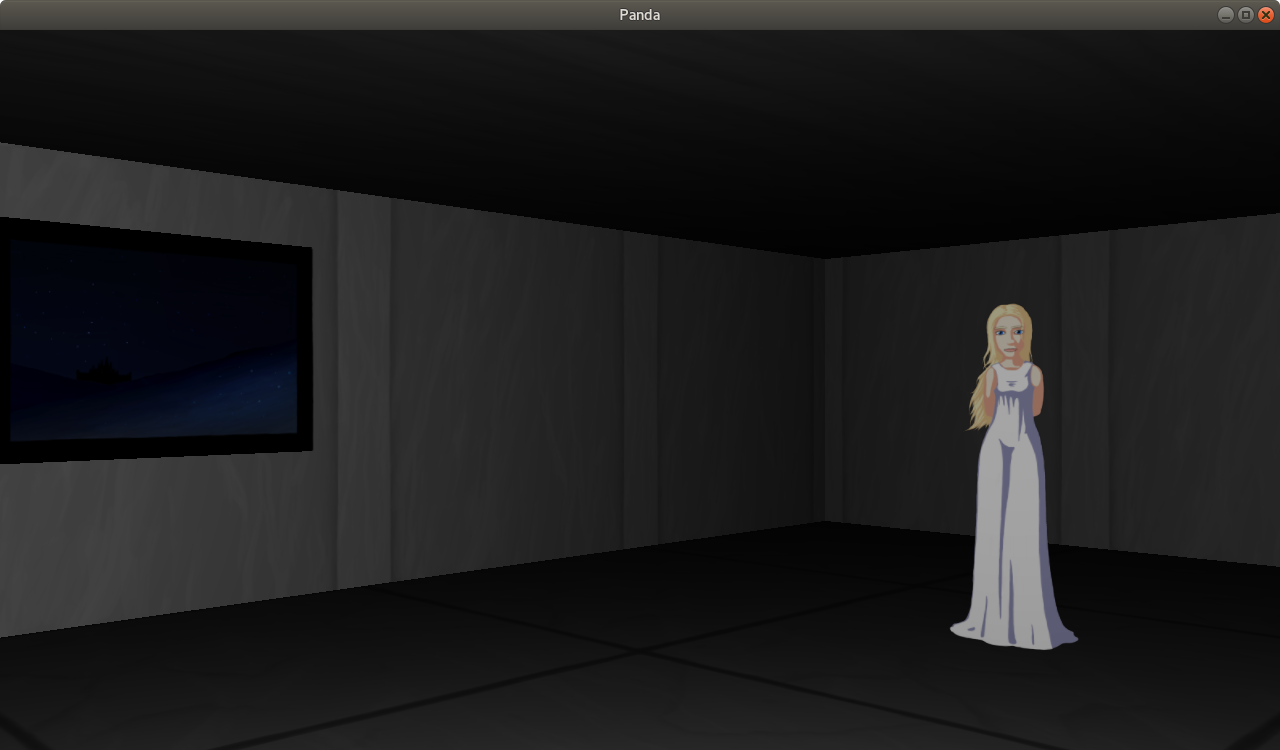