Update on development progress and some Greenlight news.

Just wanted to pop in and say a huge thank you to everyone that has been following the development of the game. With your support and votes Cloudbuilt is now in the top 20 list on Greenlight, and with a bit more of a push we can hopefully become greenlit soon!

To give you a bit of an update on what has been development side we have gone through all the feedback from Eurogamer Expo and Swedish Game Festival and have been tweaking the game in several places. We have also added more of the story to the game, which you who played it at the expos got a first taste of.

As you can see in the screenshot below we have also begun giving the first area in the game a visual overhaul. 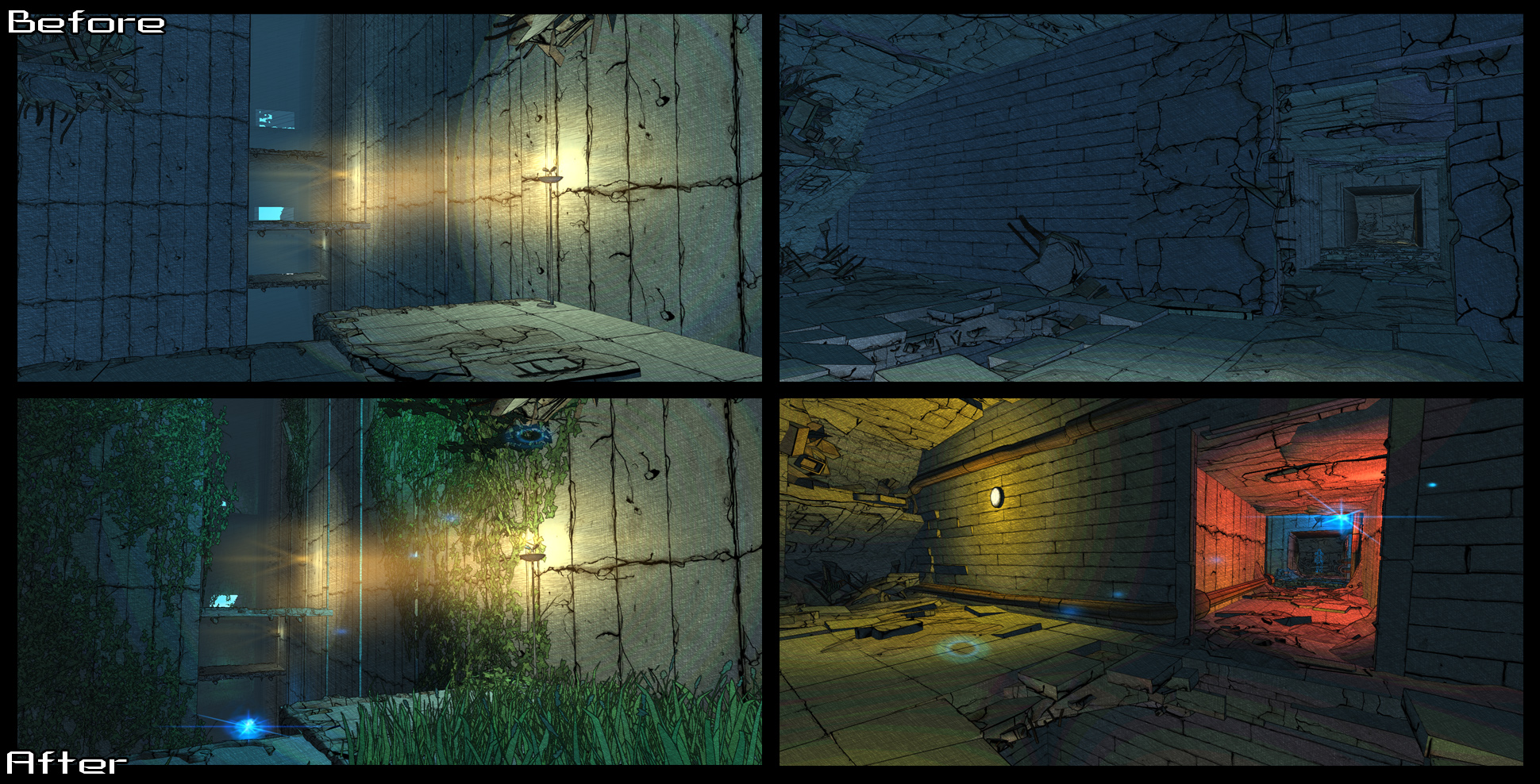 The changes done in the "after" pictures really give a lot more life to the scenes.

Thanks! Just by giving it a bit more detail and color helps separate the different areas. Still needs more work though :).