GoldenTricycle has left the basement! It feels like a real office now. With sunshine, air and what not.

Our time in the Souterrain is over! 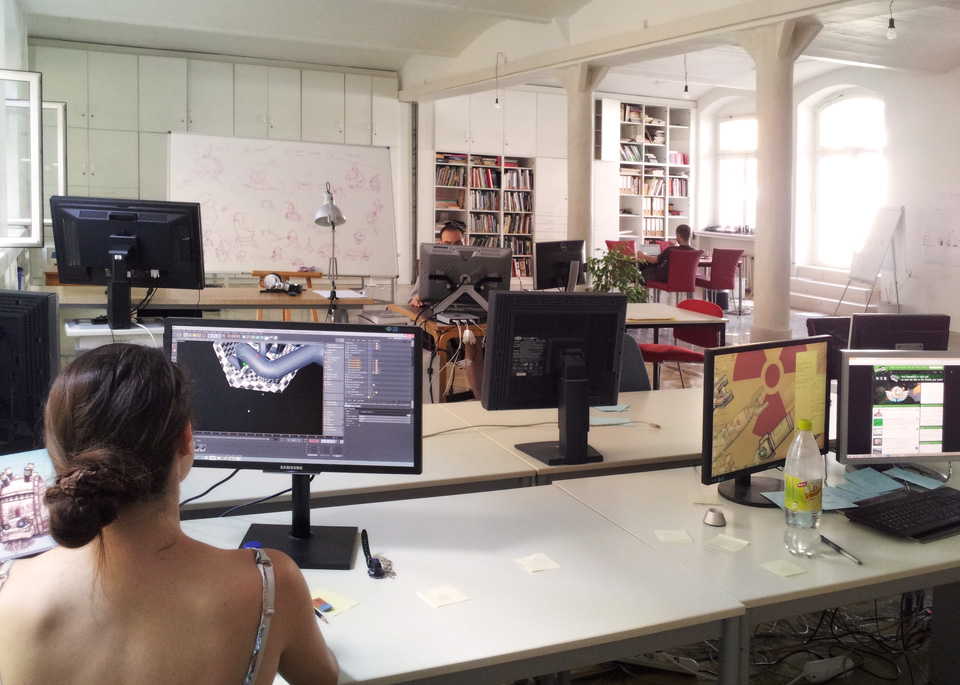 Last week, we moved all our computer stuff and Stanley Kubrick posters upstairs into the newly refurbished open office space of Hahn Film.
We are now confronted with new forces of nature: harsh winds blowing throught uncosily large rooms, terrifying sunlight blinding our eyes and vicious birds outside scaringly oversized windows singing of what might as well be songs of eternal damnation. Or mating, who knows. 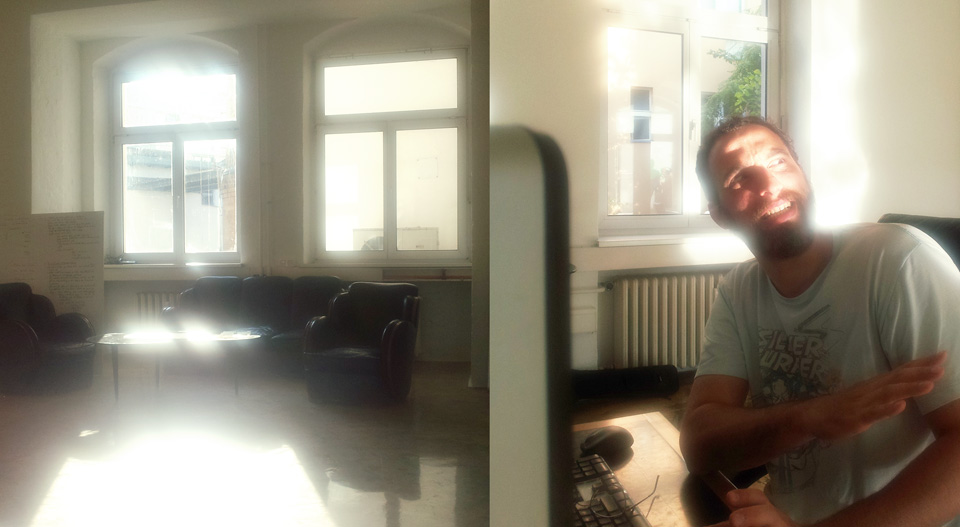 Apart from these slight inconveniences, everything is going as expected. We haven't had a weekend in days and are putting out new puzzles, assets and game elements like madmen (and one madwomen). More details on the more game-relevant stuff will follow shortly.

Either that's an extremely bright office, or somebody was messing with Photoshop.

Messing with photoshop? I'd never do that ...

I think their office is just closer to the sun than other offices.

That is a really cool place, btw! How many people are working on Clark? And what is your company set up as? A limited(Ltd)? I always wonder how ownership works with indie studios. How it is split or who is responsible the most.

We're at the office of Hahn Film, an animation studio that supported us during the last half year, gave us some money to pay our rent and some shelter (with lots of sunlight). Matthias and me (Felix) are the people responsible for CLARK. In Germany, we have different types of companies. Officially we are the lowest type, which automatically occurs as soon as you do business with someone.

Indie devs: Scared of sunlight since 1886