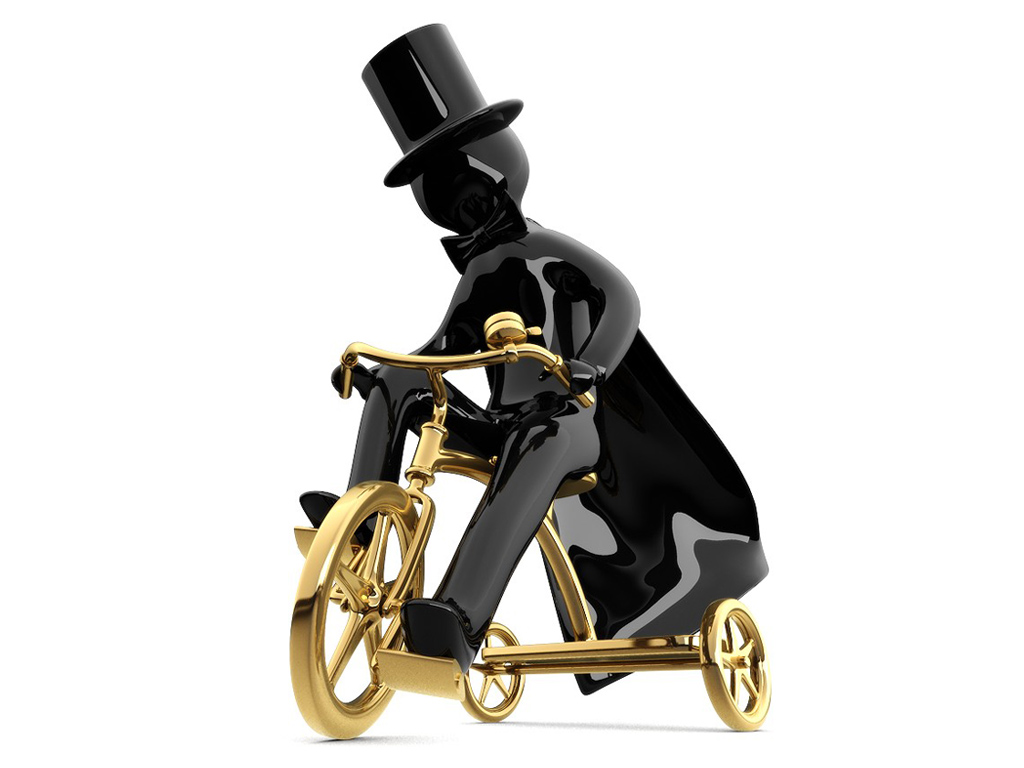 Golden Tricycle was found by three berlin-based guys who joined forces to create video games. Today the team consists of eight active members, all working on the completion of our first title, CLARK, a grid based 3D action adventure with complex spatial puzzles. Since the founders Matthias and Felix joined forces with a new business partner, HahnFilm (a Berlin based animation studio) CLARK is now developed on a broader scale with a much bigger, more experienced team.

CLARK's release is scheduled for summer 2013.

As we are a fairly small team, we tend to discuss a lot of the work done for CLARK in the group. So in a way everyone is involved everywhere. We have distributed the main responsibilities according to our respective skills though:

Felix Möckel – Lead Graphics Design, 3D Props and Assets
Before joining Matthias to found Golden Tricycle, Felix studied architecture and worked as a freelance 3D artist. He is mainly working with Cinema4D, designing and building 3D assets which make up the visual environment of CLARK. He is the one responsible for the graphical style of the game.

Matthias Titze – Coding, Lead Level Design, Project Management
Matthias has also been working as an architect and 3D artist, but at some point decided to quit his job in order to transform his coding-hobby into a main occupation. Now he develops the Unity C# script framework for CLARK, uses his architectonic skills for level design and does some management stuff, like fixing scedules and setting milestones for the rest of the team to ignore them.

Jens-Chriatian Seele - Narration and Scripts, Additional Coding
Jens studied Philosophy, worked in humanoid robotics where he programmed artificial intelligence. He introduced us to our new partner in crime, Hahn Film, polished and extended CLARK's story and writes the dialogues for the game.

Marco Werner – 3D Asset Design, Level Design
Marco comes straight from the MD.H where he completed his studies in Game Design. For CLARK, he is designing and building 3D assets and has recently got his feet wet in the whole level design process.

Maria Wohnig – 3D Asset Design
She is studying Digital Film Design at the MD.H and joined the team for a 20 weeks internship. Maria is designing 3d assets for the game.

Ella Bangol – Public Relations
Studied Multimedia Design and German Philology in Munich. Later worked as a public relations manager for various artists and now joined GoldenTricycle to get Clark out of our dusty computers and to ... well, YOUR dusty computers.

Wingman Games is an Australian based game developer

Sunburned Games is a new independent studio developing 'The Great Whale Road'. We are based in Valencia, a city rich in history and also rich in sunshine...

We are developing turn based strategic online game, The Troubleshooter.

We are a small Indie game developer, we are currently developing Elementary school warfare for the Unreal III engine and a small proportion of us are...