CHARACTER PROFILE UPDATE! Eventhough some characters look the same (the astral raid armor will be considered as their battle outfit), they'll be different in the actual gameplay. Each of which has a distinct battle style and set of unique abilities related to gameplay. 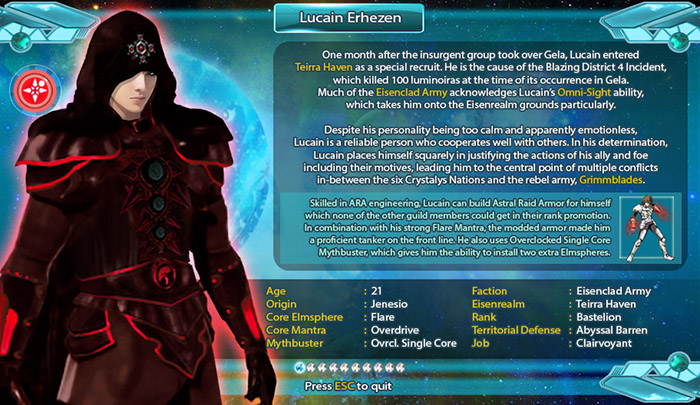 Lucain has a special ability called "OMNI-SIGHT" to perceive the world through his eyes.

Map : It's similar to ATE (Active Time Event) feature in RPG games, you can see various events from different places and sometimes you'll get a vision about the past.

Battle : It can read specific enemy data, like their battle status and elemental affinity. 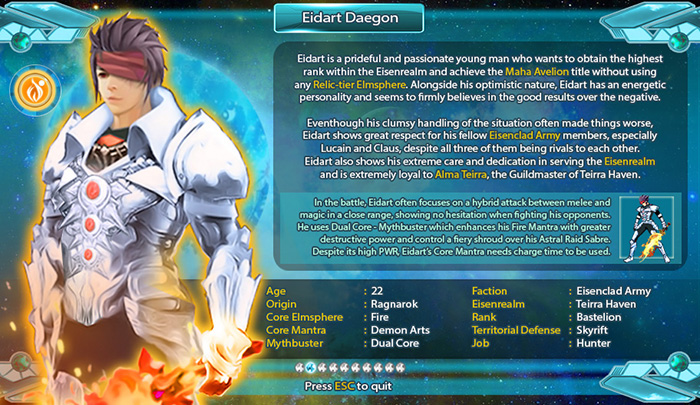 Eidart has a special ability called "WRATH" to transform himself into a flame demon.

Map : Eidart can use this power to dash / move faster on map. 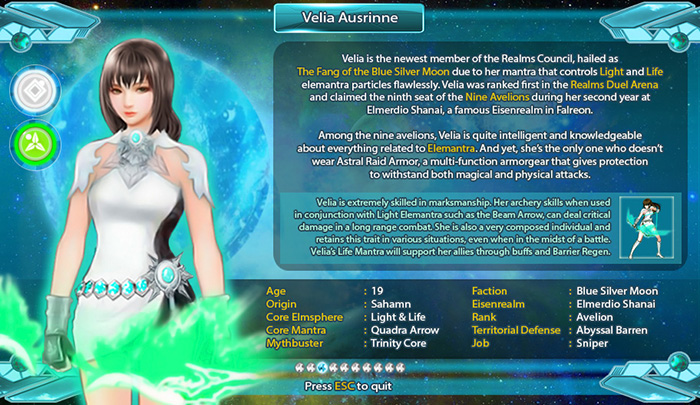 Velia has a special ability called "FASCINATION" to capture newborn specters and summon them in the battle.

Map : You can command these specters to modify Encounter Rate on map.

Battle : It's similar to "Pet" feature in RPG games, you can capture specters from battles, train or evolve your pets, make them stronger. 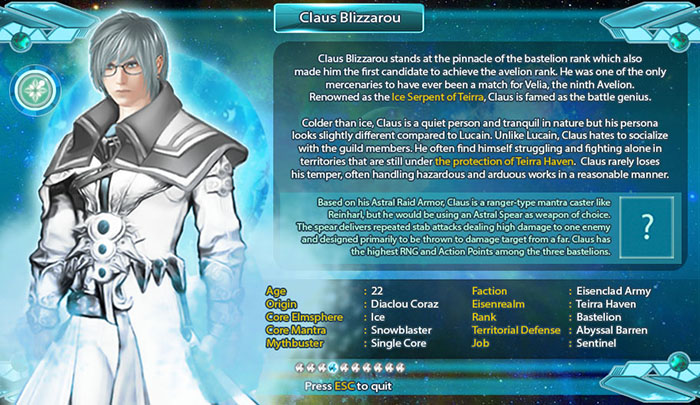 Claus has a special ability called "INVENTION" to use unique tools in the battle.

Battle : It's a double-edged sword based on chance. These weird weapons could give supreme buffs or benefits, but sometimes you'll get a "malfunction" weapon, making the battle more difficult. 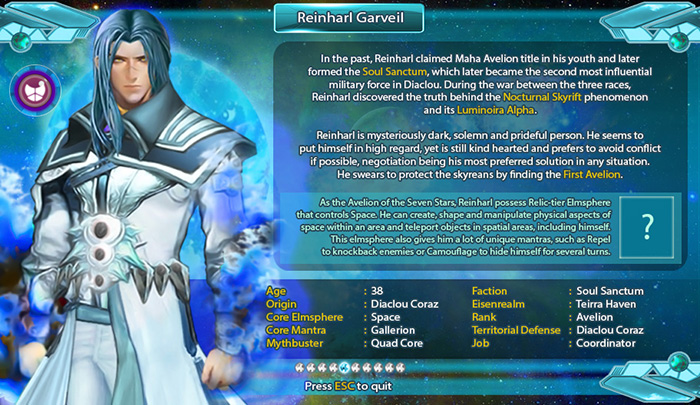 Reinharl has a special ability called "ZONE" to control objects in the battle.

Map : You're able to fast travel from any location. You can also escape from a dungeon.

Battle : Reinharl will get specific abilities depend on battle locations. 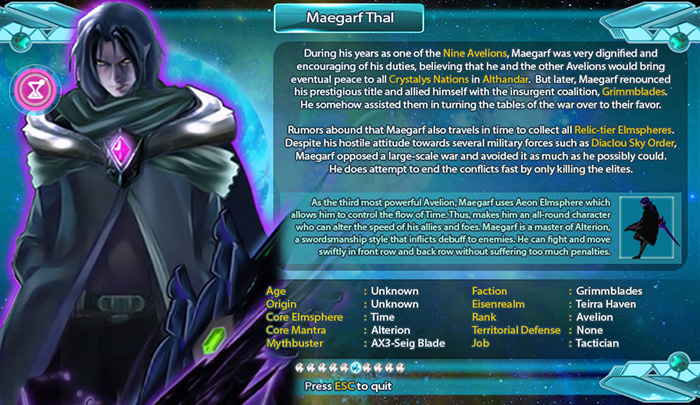 Maegarf has a special ability called "DEUS" to control the Four Aspects of Livenel.

Map : It's pretty similar to Lucain's TEC Apps feature. You can skip time (Aspect of Time), talk to someone via telephaty (Aspect of Mind), map guide (Aspect of Space) and virtual training (Aspect of Matter).

Battle : Maegarf will give God Aura with unique battle traits to all party members. 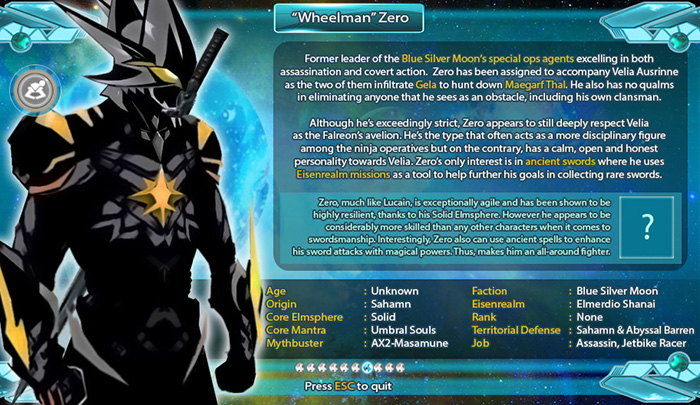 Battle : You have to input specific key combination to perform a sword art.

Ryuo has a special ability called "WIND RIDER" to float.

Map : You can use this levitation ability and reach higher area.
Battle : You'll float to nullify Earth-based mantra and
deal strong melee attack to one enemy after several turns.