A welcome back to everyone.
Today we're going to talk about Character Animation.
I realized, rereading the previous posts, that I had talked about animations, but I never went into detail about the procedure I use in these technicalities, so here I am to expose my experiences.

I'm going to use Teresa's character as a representative model, to explain how the skeleton works on 3D characters and their animations.

What is the skeleton of a character?
After modelling one of your characters, you will need to animate it, (walk, run, crouch and many other animations. Creating a skeleton or rig in more common terms, means giving your three-dimensional model a structure with which to move it).

I used this method to make all the animations of the characters, surely there are other methods; however, I got the effect I was looking for, and above all, I managed to make them work on the engine, which was the doubt that worried me the most.

So... let's cut to the chase, here's how it works in my case:
After having modeled a character on your favorite program (3Dstudio; Maya, Blender, Cinema 4D, etc.. etc..) you will have in phase of modeling, to position it with a defined pose, it deals with two types of 'pose': A-Pose ... or ... T-Pose (the difference consists mainly in the position of the arms of the man, if their position is inclined towards the bottom, we speak of A-Pose, otherwise if the position of the arms is parallel to the ground, it is T-Pose). 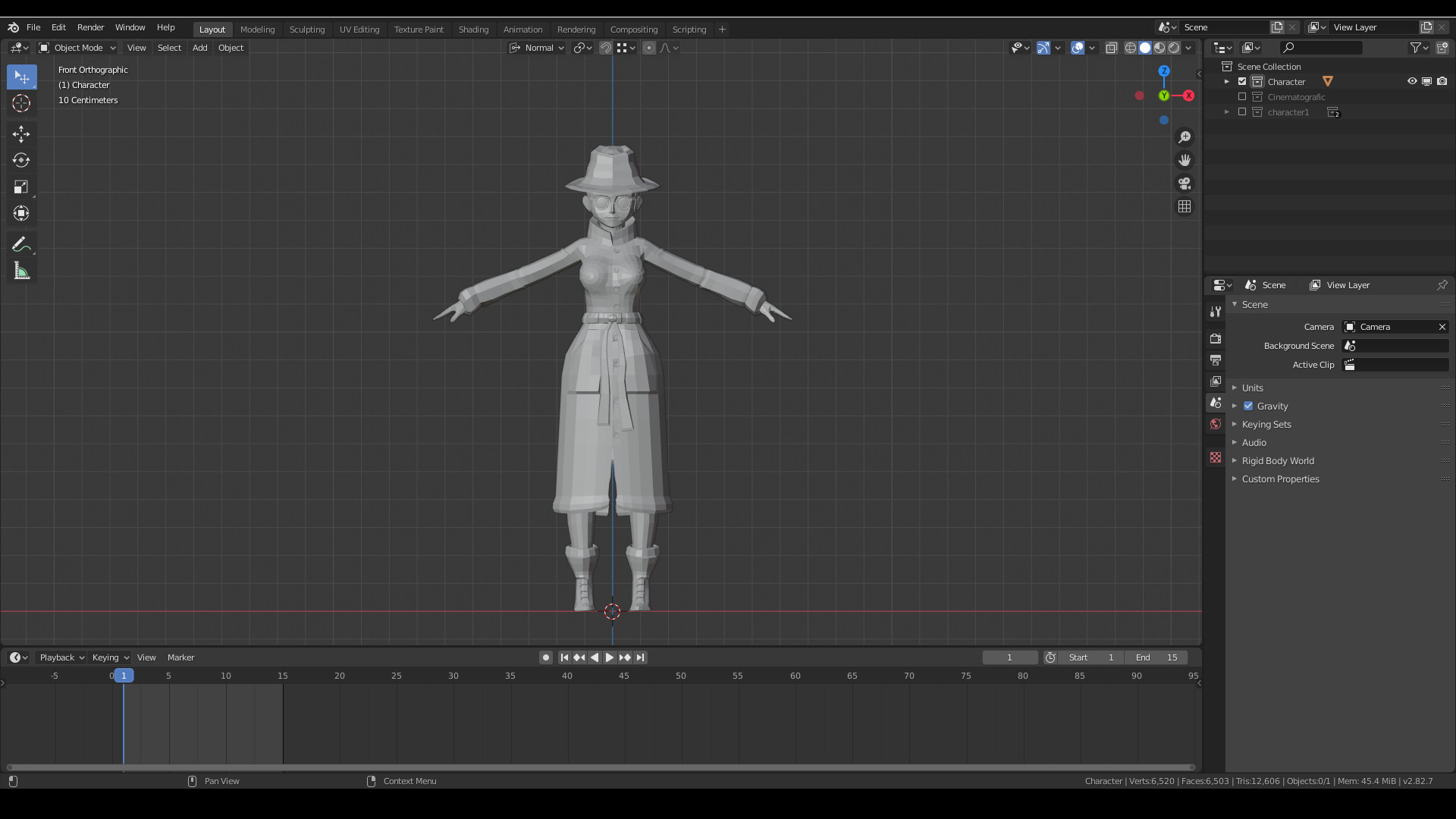 The skeleton is composed of several bones, these bones are placed in the main points of your character adapted to control the influence on that particular area of the man, this means that depending on the effect you are looking for, you can get to create bones for every single finger of the hands with the result of being able to see the fingers bending, or stay at one bone only for the whole hand, obtaining in this way a less detailed animation. 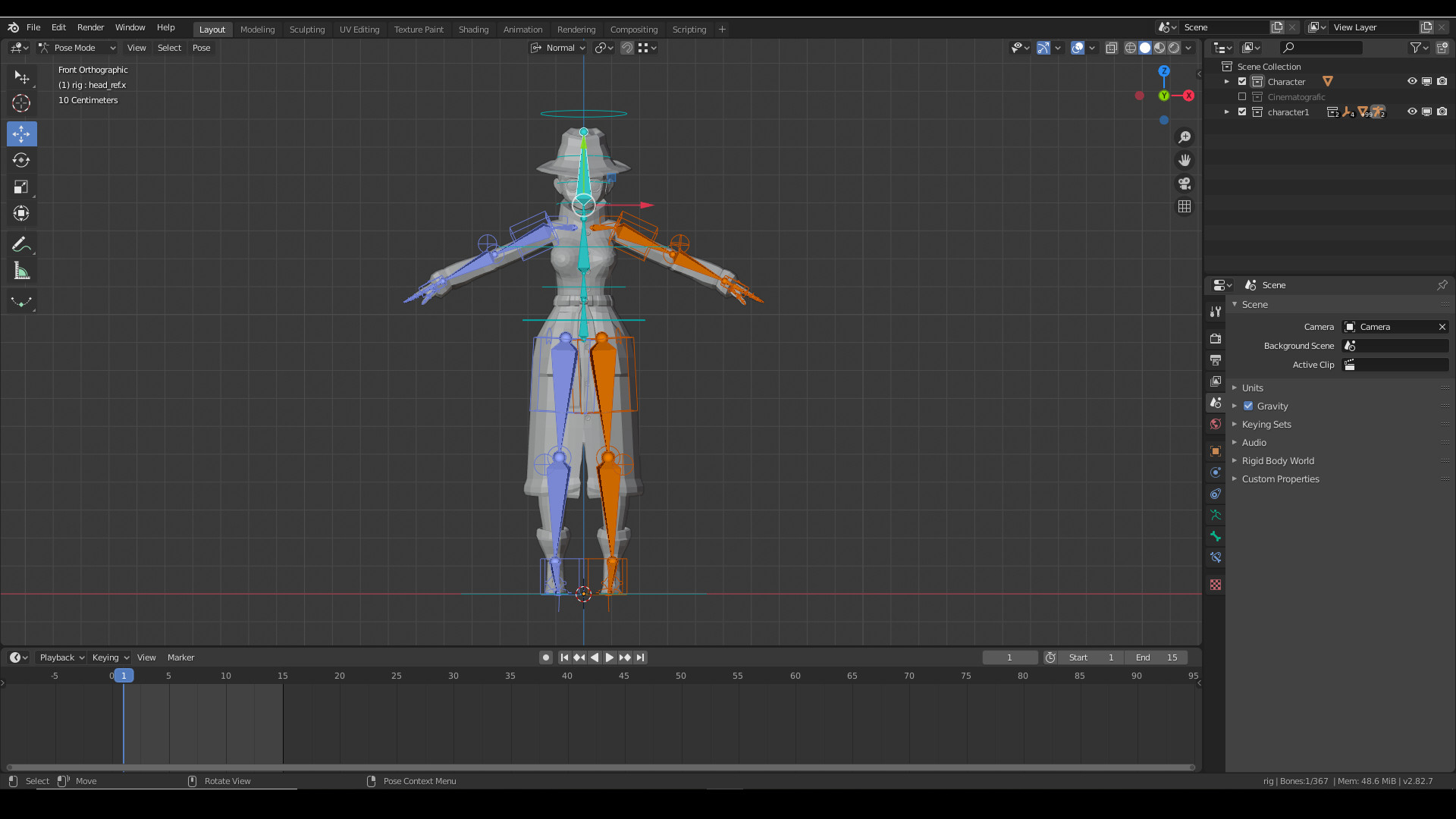 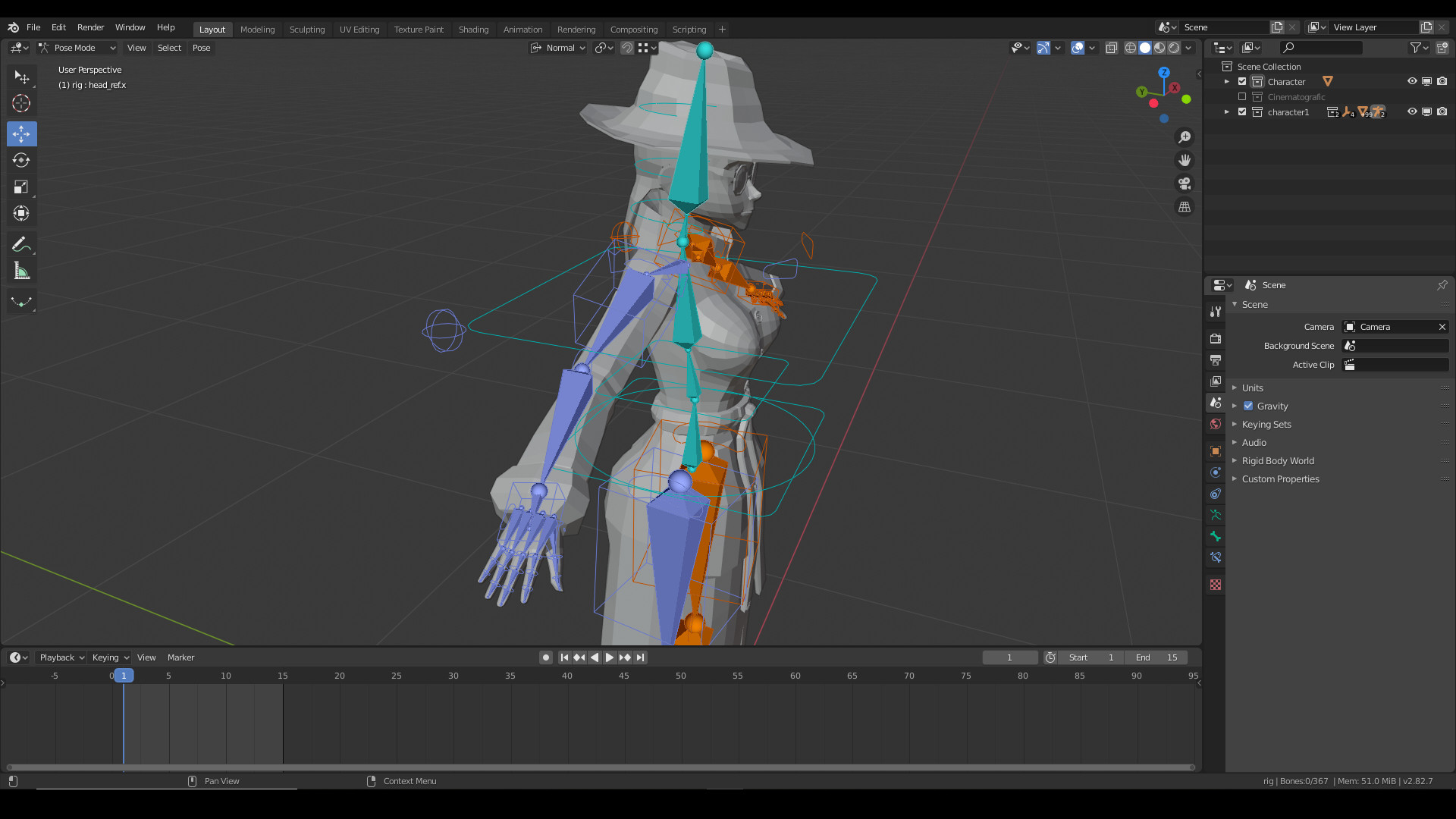 After having created the skeleton and having related your character to it, it will be possible to move the interested bones memorizing their position on a timeline, finally like for the cartoons, running the timeline, you will be able to admire the movement of the character, that is a walk a run or whatever it needs to represent.

All these animations are imported on unity, I think there are more ways to set and use these movements, the one I use is through a controller, which automatically switches from one animation to another following the values of some variables, for example the transition from walking to running, occurs when the variable speed of the character is greater than a certain value and vice versa for the transition from running to walking.

Below is a small video I made where you can see the walking and running animations created in blender, and then imported into unity and in action in the game.