Teresa Moontyners - In the lair of the beast

In 1995, after the disappearance of some researchers, Teresa Moontyners, a private investigator, was sent to a remote place in northern Italy on the border with Switzerland. In this place a cave was found which, seen from the outside, gave the idea of a beast's snout, hence the name of the cave of the beast. Teresa will be left in the vicinity of the installation in which the research team lives. The adventure begins with simple riddles and continues with more complicated riddles. During her investigations, certain events will occur that will inevitably change the course of the search.

And so taking advantage of these days of vacation, I finished the third chapter of the game, finally the adventure will now continue outside these dark caves to lead the player to the end of the adventure.
I have added automatic saves, so that at some points in the game, the progress made up to that moment is stored (now the player will have 5 slots for their personal saves, plus there will be a 6th slot dedicated only to saves made by the system).
I've inserted as first loading screen of the game a short animation of the 1Monkey2Brains logo, that will be displayed only at the first startup.
Finally I've been able to implement the volumetric lights, with the possibility to enable or disable them directly from the options menu, where you can also access the resolution and the graphic quality, this to try to allow even to computers a little dated, to run the game with less jerks as possible (in the end it is a 3D game and remains slightly heavier than the graphic adventures developed in 2 dimensions).
Still on the subject of performance, now the scenes are loaded into memory at the time they are used.
Unlike before where the adventure was loaded completely at startup, now only the scene in which the game takes place is loaded, so we have a faster game startup and less load on the hardware memory, resulting in better overall performance.

What you will find in Act 3:
The temple level will take much longer to complete, this is because in addition to explaining to the player the core of the story, it will bring him in front of several riddles and puzzles that will require cunning and in some cases even a little patience to be solved.
One riddle in particular will put you to the test, but I prefer not to explain anything and leave the pleasure of discovery, I say only that those who have tried it have struggled to find the correct solution to move forward.
At some point in the level, the way to play the adventure, will take the player to take one of two endings, I spent a lot of time trying to implement this possibility, and then like a bolt from the blue the idea came, during one of my tests I happened at a point in the level where I could insert this "crossroads" if I can call it, and I must admit that there could be no better solution.
And here's why the automatic saves and the slot dedicated to them, in this way, you can reload the game from the point where you can still decide the ending. 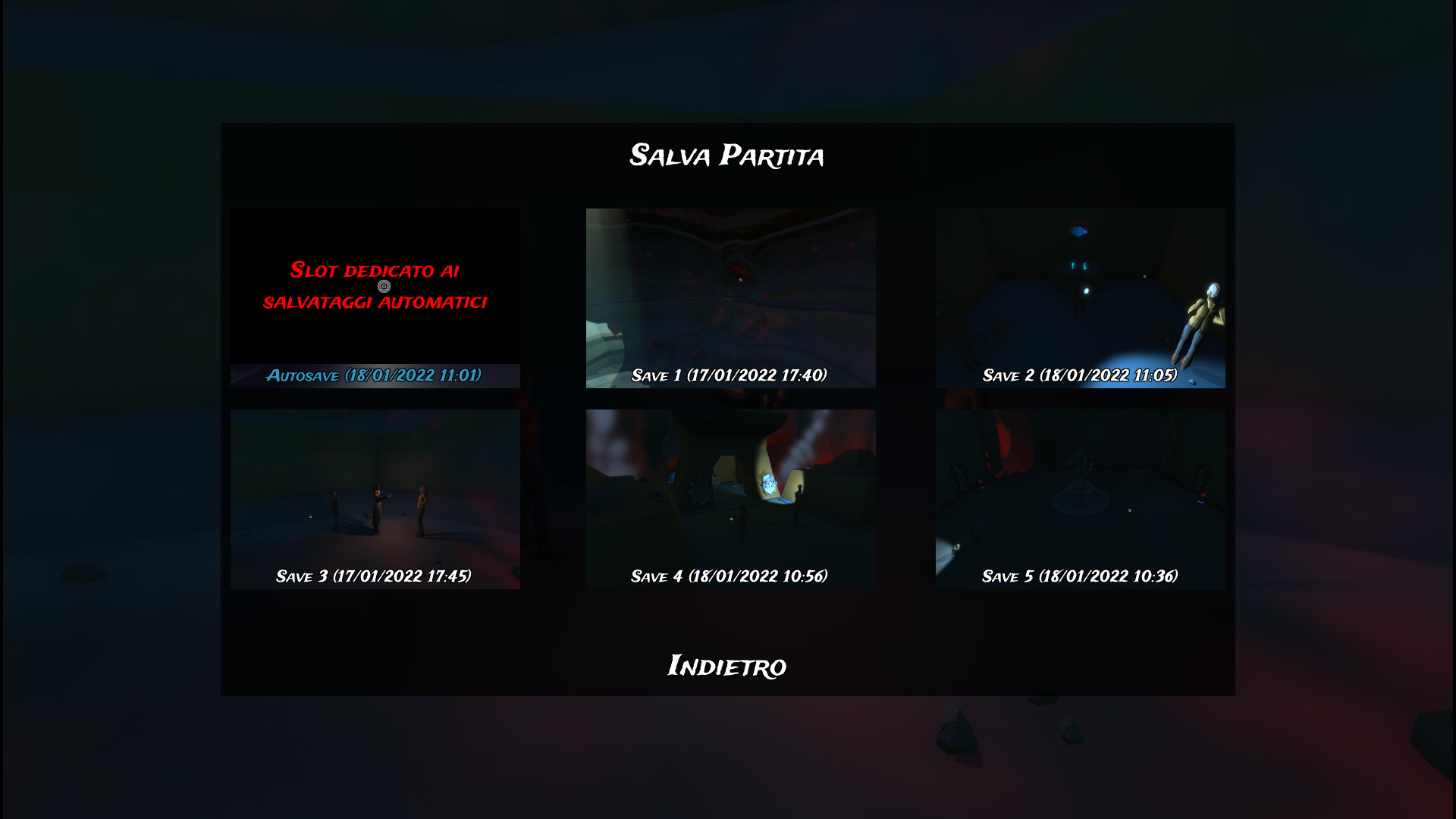 Conclusions on Act 3:
Unlike the previous levels, where I had to fight with my inexperience, in this chapter, I finally managed to get everything I thought and to reproduce it fairly faithfully, character animations, special and particle effects, camera changes, dialogues, puzzles and riddles.
I'm very happy with the result and rightly in some points of the previous levels I went back to put hands to improve what I had done some time before.
I replayed the adventure from the beginning a couple of times to test that everything worked and spun in the best way, I noticed several errors made and fortunately other errors have made me notice the people who have kindly had the desire to test, I thank them very much for the support; that as for the artists of the music used, I dedicate in the credits a page with their names, logically after asking their permission. 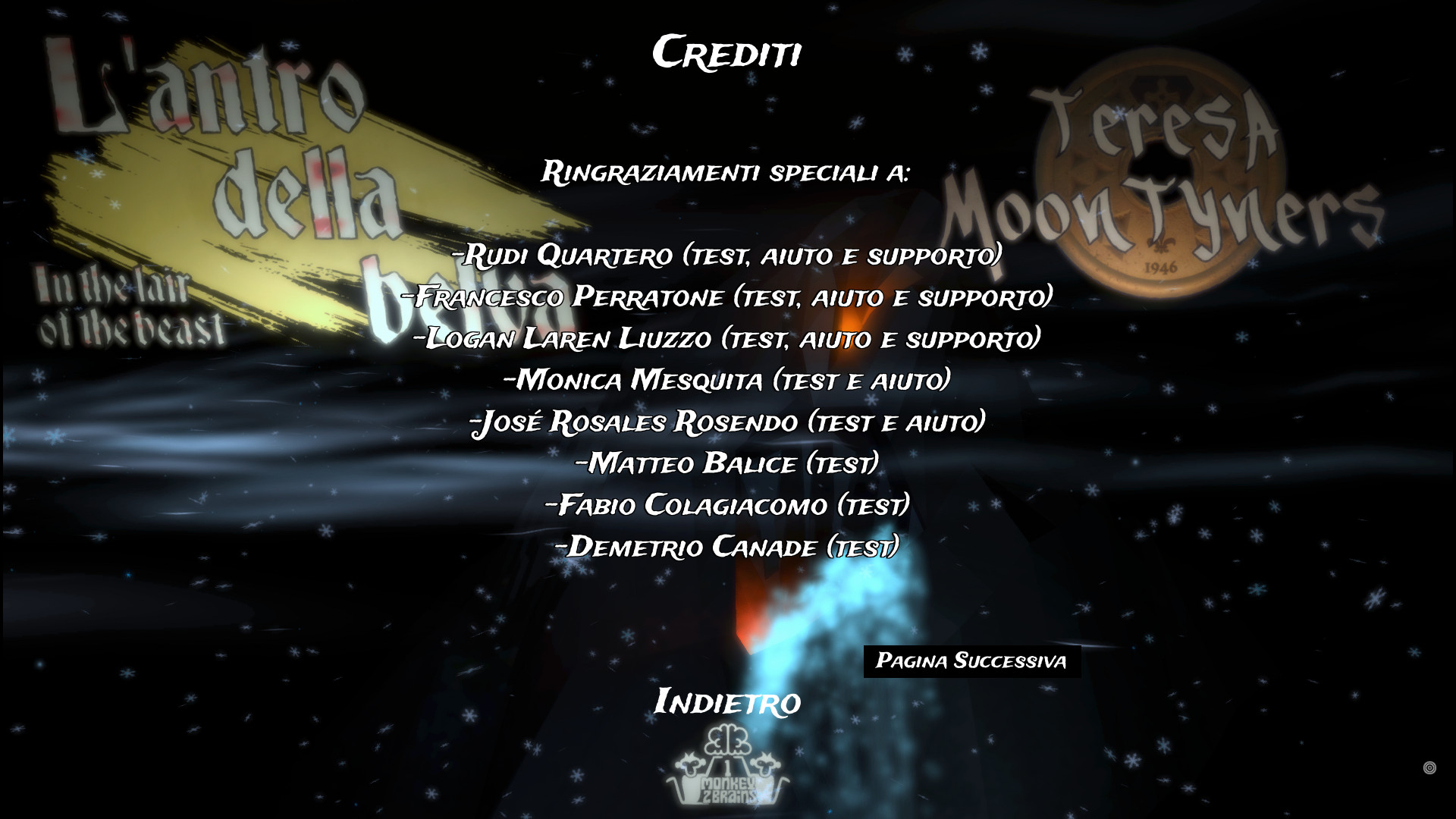 Fourth act "return to installation".
This will be the final chapter of the game.
The group will be able to return to the base ... yes, but how? this will all depend on the type of ending you have undertaken in the previous chapter.
For this level fortunately I already have some three-dimensional models ready, which are those of the first chapter, but other models are missing (the interior of the installation) that I avoided to insert at the beginning of the adventure and that now may be necessary.
I write "might" because at the moment the idea of the ending is a draft that I'm buzzing in my head, I have some ideas, maybe some twists, but everything is still vague.
As in the game, I am at a crossroads, I have to choose how I want to present this final level.
At the moment I have 2 ideas:
The first is to develop the level like the previous ones, so the player will control the character, some puzzles will be presented to solve until the end.
The second idea is to present the level as a cutscene, where the player will only watch the story continue until the end, like in a movie.
I am very conflicted about this choice; even the opinions of those who have played it vary, there are those who were satisfied with the 2 endings of the third chapter and therefore expect to see only one end of the adventure, and those who would still prefer to face another level to solve.
So at the moment I'm in the balance on what is best to do, and in the meantime I'm modeling the necessary objects.

Thank you for having the patience to read all this, and I'll see you at the next update. 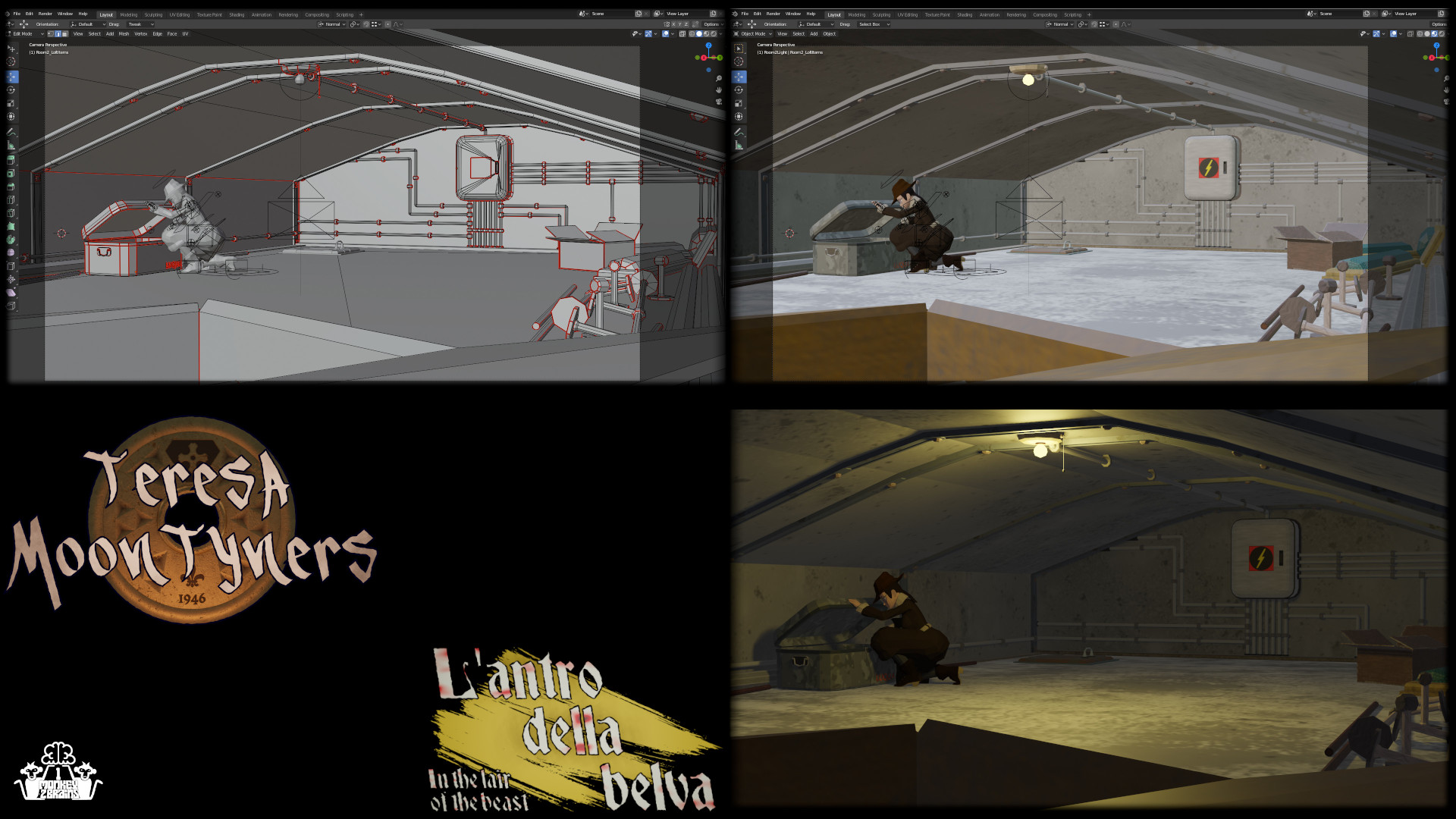 Today I am going to tell you about the last idea I had and which I managed to implement.

The summer period is coming to an end and slowly we all go back to our regular life or at least this is what we have been hoping for a couple of years.

Here we are in the middle of July, many people suspend their main occupation to start organizing their summer holidays and I step in with a new update...

Twitter
Tags
Embed Buttons
Link to Teresa Moontyners - In the lair of the beast by selecting a button and using the embed code provided more...

Heroine's Quest: The Herald of Ragnarok Point and Click