Post news RSS Change of the title and adding of the survival mode !

Hold on against an endless stream of aliens for as long as possible to achieve the maximum score!

Adding of the survival mode !

In the last update, one of the main feature which has been added was the perk system and the upgraded weapons unlockable with points earned when defeating aliens. To make this feature even more enjoyable, 2 maps with a survival game mode have now been added to the game ! 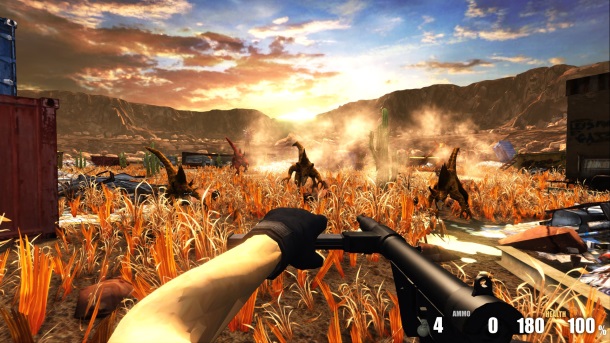 These 2 maps are different from the previous ones in the way that the goal is no more to find and collect some items or complete some objectives, but instead it is to hold on against an endless stream of aliens for as long as possible to achieve the maximum score ! 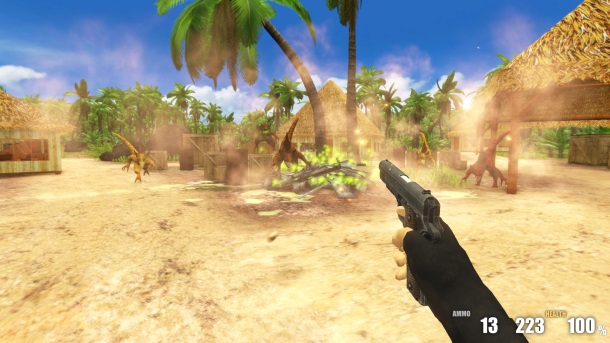 Unlocking perks and upgraded weapons will have all it's sense here since firing explosive ammo with the ability of making high jumps will obviously help you to survive longer ! 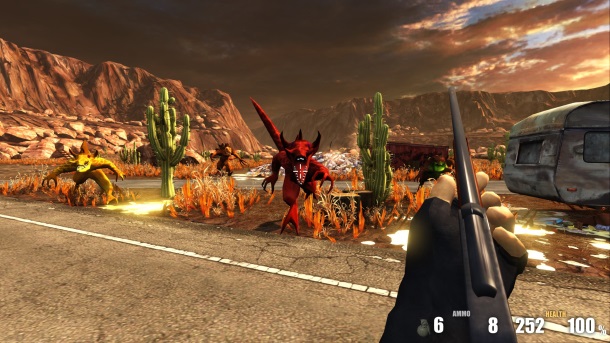 These new maps are set in a similar environment as the previous one, and are of course fully destructible ! They are however smaller in order to concentrate the action in few hotspots. 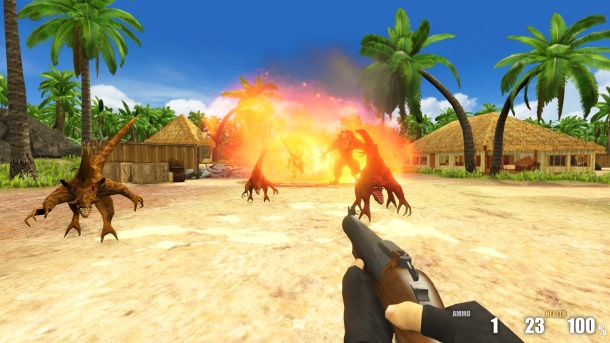 Thanks to the help of a Steam user, with this update the game can now also be played with a xbox-like controller ! This will give a different gameplay experience compared to the classic mouse/keyboard combo. Also, a bunch of bug fixes and overall optimisations were made. 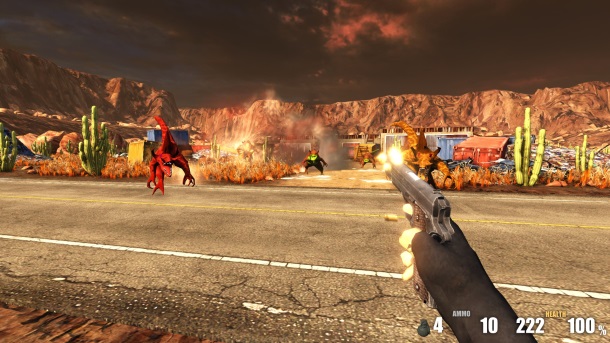 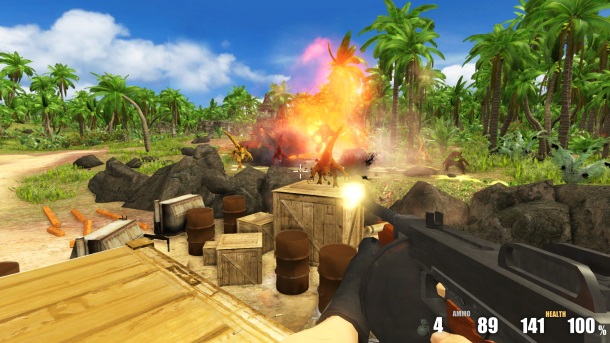 Otherwise, an important thing you may have noticed is that the title of the game has changed from The Alien Wasteland to Action Alien. The reason behind this is simple ; a developer from inXile Entertainment, the company which released the RPG Wasteland 2 has contacted me claiming that titling my game "The Alien Wasteland" was an infringement to their trademark "Wasteland".

Because both games have almost nothing in common and no case of confusion was ever reported for almost two years since my game was first announced, I have calmly explained through long emails why we should have no worries about this. But I finally ended up receiving a cease and desist letter from their lawyer asking to either stop using "wasteland" or to prepare facing legal actions against me.

Since I don't have the time nor the strength to deal with legal actions from this developer and its lawyers, or even taking the risk of having my game to be taken down from Steam, I decided to change the title to solve this issue, even though this has been a great loss in time and efforts for a very questionable complaint.

So I decided to choose for the new title Action Alien, which gives a good idea of what the game is about ! This is just one of the many headaches in game development, but at least the game is now much more complete with this update !

UPDATE - 05 MAY 2016 Since my trademark issue with inXile Entertainment has been taking much more attention than I thought, I have written a more detailed post about my exchange with them to clarify the situation : Indiedb.com

a cease and desist from inxile? now thats interesting

Seriously? Wasteland a common enough word in common usage? NO! I really think they are taking a long chance here. I'd definitely look into whether that really is a lawyer's letter or just a 'put up job'.

I mean really? What if I start a game 'Duty calls'? CoD gonna shut it down?? Whatever next? Shakespeare gonna rise from the grave when I call a game 'Tempest'? 'Storm rising'. So because 'Battlefield' is taken you couldn't call it Alien Battlefield??

Ridiculous. Who is inxile? methinks... is this just a case of cyber bullying????

Duty Calls is already a game

"The Alien Wasteland" was an an infringement to their trademark "Wasteland"!?!?! my goodness that's absurd!

Yeah I have to agree that that trademark is absurd. You could have easily beaten that in a court of law with no problems but I understand you're reasoning of time and effort. Who has enough time to deal with that crap now a days.
If that would work I might have to just go and trademark every word in the English language then everyone would owe me money for copyright infringements XD

Even though I kind of like the new name more, this is RIDICULOUS. Absolutely absurd and an abuse of their "power". The fact that you're a fairly small time INDIE game, they shouldn't even care. Let alone, I do not think you can actually TRADEMARK a word, that wasn't like, MADE UP by the person. We seriously should all go to this Inxile's different pages and demand they not **** with this poor person or anyone else.