Every shoot-em-up worth its salt has epic boss battles, and Cosmonator is no exception! The game combines RPG and shoot-em-up elements, so the bosses are even more interesting to fight (and also, for us, to create) - because depending on your build / spells / play style, the same boss can turn out to be a completely different gameplay experience. Here's looking at some of the most noteworthy antagonists that we've come up with!

Shoot-em-ups and RPGs - the two genres of which Cosmonator is a hybrid - both traditionally have a big affection for massive, prolonged boss battles. So it's only natural that we'd pay extra attention to creating tons of epic boss battles. This has turned out to be one of the most fun parts of making the game, especially since every boss battle can be approached in so many different ways - depending on your build, on what upgrades and spells you've chosen - so we had to really flesh out each of these bosses in diverse ways, in order for them to be challenging to all the different attacks that can be thrown at them.

(Ymir - you can see one of its sub-components, bottom left, has already been destroyed)

Most of the bosses in Cosmonator consist of a single core entity that has multiple sub-components, each with its own distinct hit points and weapons systems. This means that players can choose to focus on destroying the single components one by one, or take on the main boss in its entirety. (If the core component is killed, everything else gets destroyed as well - but the core is generally much more resilient than its sub-components.) The advantage of picking off the sub-components one by one is that the boss's total firepower loadout will slowly be decreased (as each sub-component typically has at least one weapon system). However, if you can focus your firepower (or powerful spells) on the boss's main core, the entire battle is likely to be over sooner. It really depends on what kind of spells and abilities a player has at hand.

(Some bosses have all their components clustered tightly together, so it can be super efficient to nuke everything at the same time with powerful area-of-effect spells like Ion Bomb.)

When creating the bosses we wanted to give some sense of thematic consistency, so often a boss's character, style, or weapons systems are related to the area in which you encounter it. For instance, the Charybdis boss (top left) is unlocked after you finish the Scorched Earth optional mission in episode 2. Since this mission is peppered with fire and flamethrowers, Charybdis uses a massive super flamethrower as its main weapon. Later on in this episode, when the missions take you through asteroid fields, you encounter the Asteroid Spore boss which consists of a cluster of corrupted asteroids and that summons large fields of smaller asteroids that you have to dodge. Similarly, later on in the game, after finishing a sequence of levels where alien worms are spawned, you encounter the massive super-worm boss Leviathan (top right). 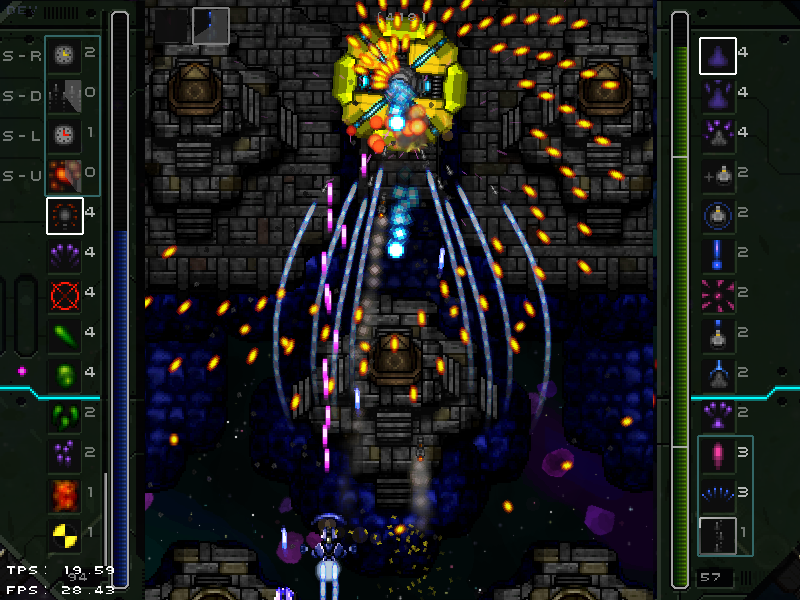 But most importantly, the bosses all have different, crazy, often over-the-top ways of dishing out firepower. (Depending on a player's selected difficulty, this can totally fill the screen with bullets - so you'll end up either having to cast defensive spells, dodging like a true danmaku master, or taking a bit of inevitable damage - again, depending on your build / play style). Most of the bosses go through a sequence of different phases, during which they will employ a sequence of different main attacks (even though their sub-components often keep firing in the same consistent way). Some bosses only go into their most dangerous phase once they are close to death. 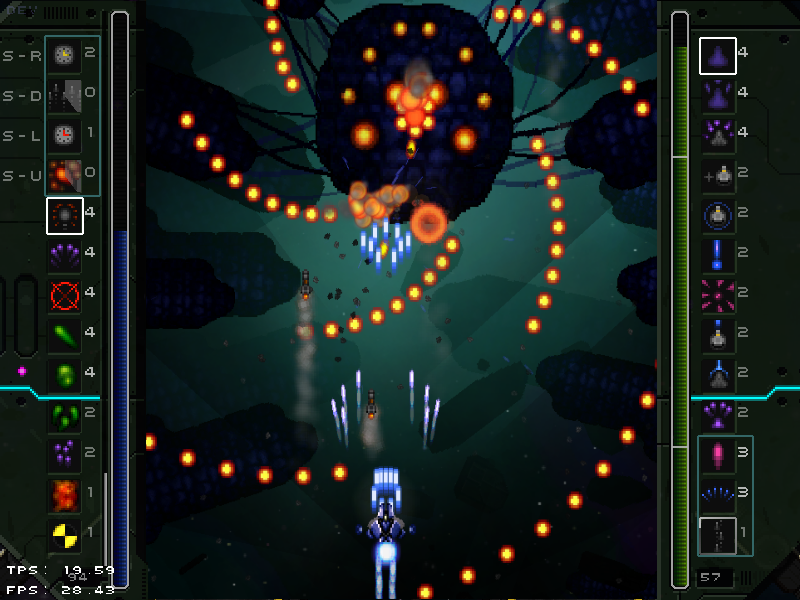 The Abyss boss of the 3rd episode, in its first and most predictable phase. 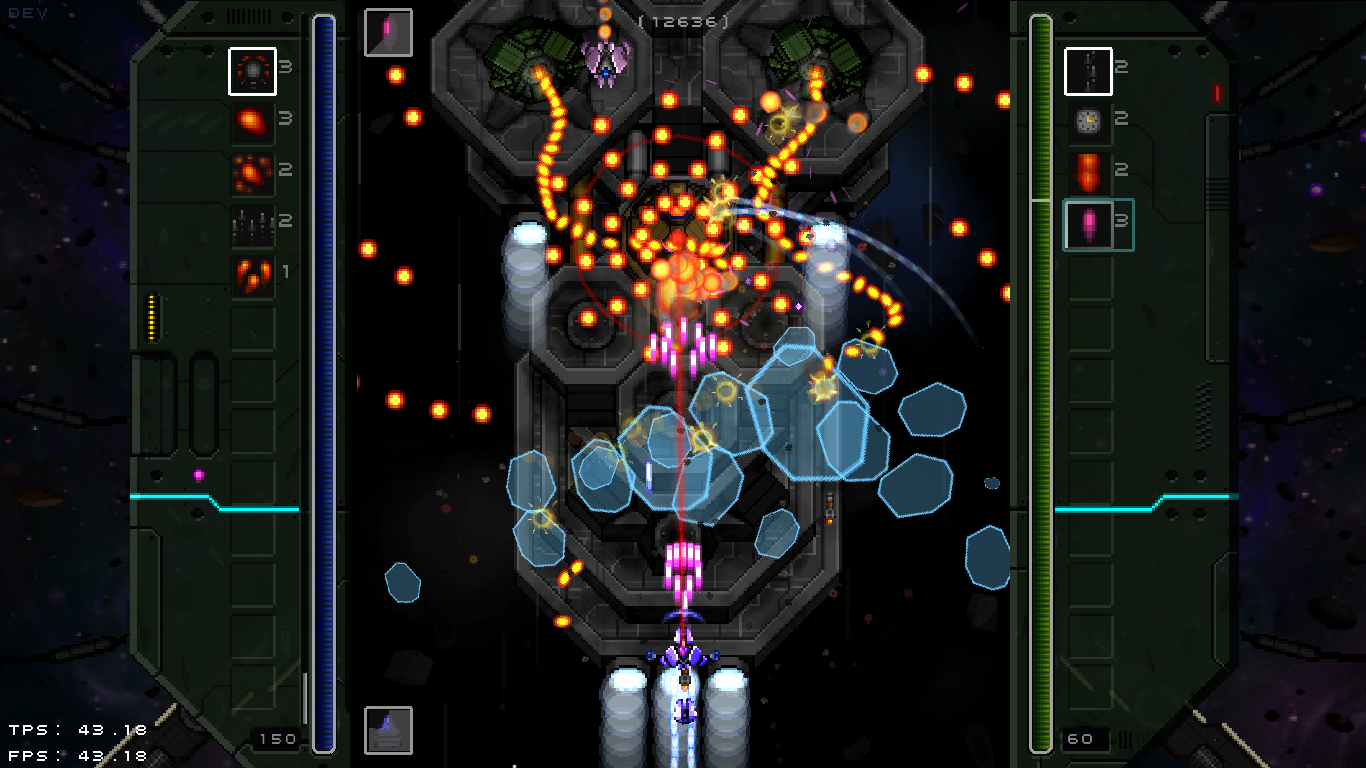 The Armada ship miniboss in episode 4 - you could try to dodge all those incoming bullets,
but in this case the Barrier spell is probably a safer option!

That's it for now on Cosmonator's boss battles! This is one of the areas in the game where we're totally keen to add more content as we move forward - we are already coding two fresh epic bosses as side-missions in the game's final episode - so watch this space!