The introduction of Bloodhound and new images released.

Hello, and welcome to Bloodhound. Thanks for visiting. Feel free to tell me your thoughts.

Bloodhound will show how much can be accomplished by a single determined designer with little art or coding skills. Built with Unity, most of the programming is being done using Playmaker, a powerful visual-scripting asset, while much of the art has been purchased from top-notch third-party vendors.

To date, Bloodhound has been in development for about 8 months. Most of the levels and core gameplay have been designed. An early build has been released for small group testing.

Here are some images from the first level, the Ship. These early designs are in the process of becoming even bigger and better. 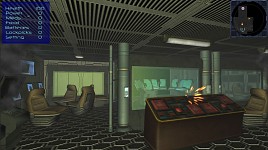 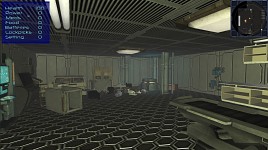 The usually pristine ship is in shambles. Smoke rises and sparks fly from vital machinery. What happened? Your job is to find out. Search the ship to find clues and salvage resources. 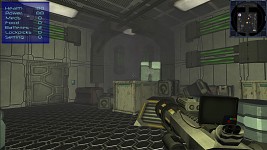 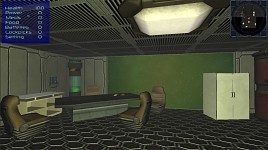 As a scientist on an exploratory mission, you must repurpose whatever you can to survive. A scientific laser will make a suitable weapon. Use different energy frequencies to take advantage of enemy weaknesses. 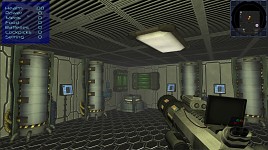 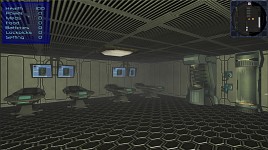 Those chambers should be inhabited. Where are your crewmates? Are they in trouble, or just playing a twisted game of hide-and-seek? 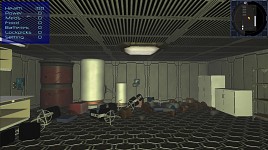 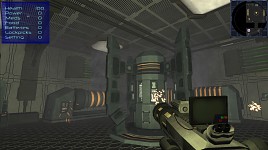 The engines must be repaired if you want to get back home. Will you find anything of use in that pile of equipment? Maybe.

I know it's only the first area, but I think it looks too repetetive. Having the floor, walls and ceiling all in gunmetal grey, makes the environments seem very dull.

It might be only due to the lack of proper lighting though. That's what I noticed first when looking at those screenshots.
Good lighting will make any game look a lot better without changing any of the otehr assets, while poor lighting will make it seem worse than it really is.

Thanks for the input. I agree, having all the textures so similar gets repetitive. Fortunately, I've redesigned the ship using more textures, so hopefully this will become less of a problem (new screens/video coming soon).

I haven't spent much time yet on lighting. Currently, the lights are basically just so I can see while in-game. But I plan to work more on lighting as the level designs cement, especially if/when I upgrade to Unity Pro.