Ships for the Ships god, Water for the Water god, and other things that shall satisfy the law of Moar Dakka!

Begone is the old water, the new one actually has waves!

The water will require some work on the shader still, it's not quite what we want yet. Aircraft work for the most part, hey fly, fire, and explode nicely. Can't land yet though. Added several new ships, and gave the Fast Attack Craft another makeover, textured the Resupply Vessel, and the TDN's Airforce is almost complete, only missing an attack helicopter of sorts, to attack ground installations.

Now, for those new units I mentioned. First off, the Fast Battleship 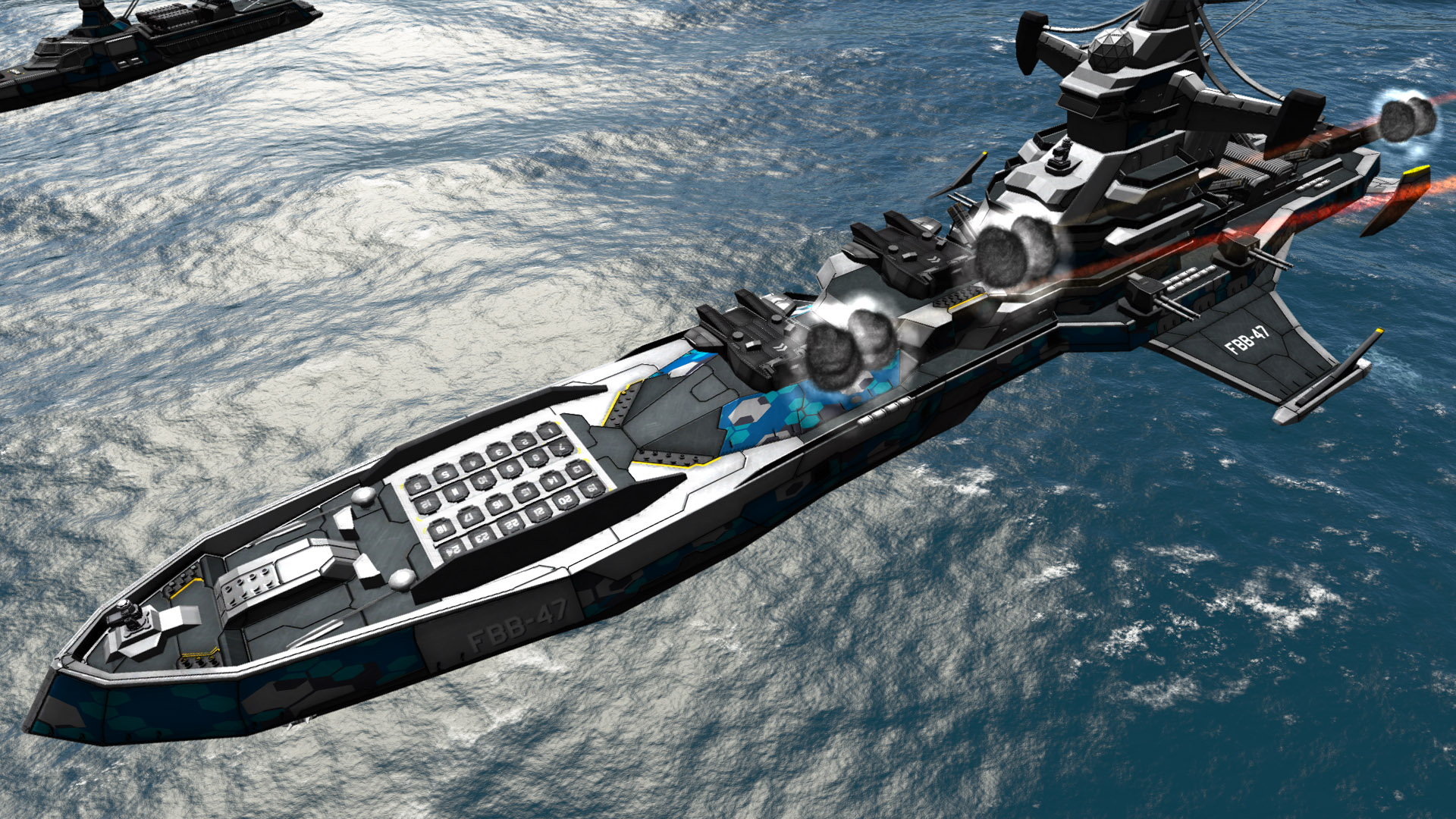 Next up, the Hydrofoil 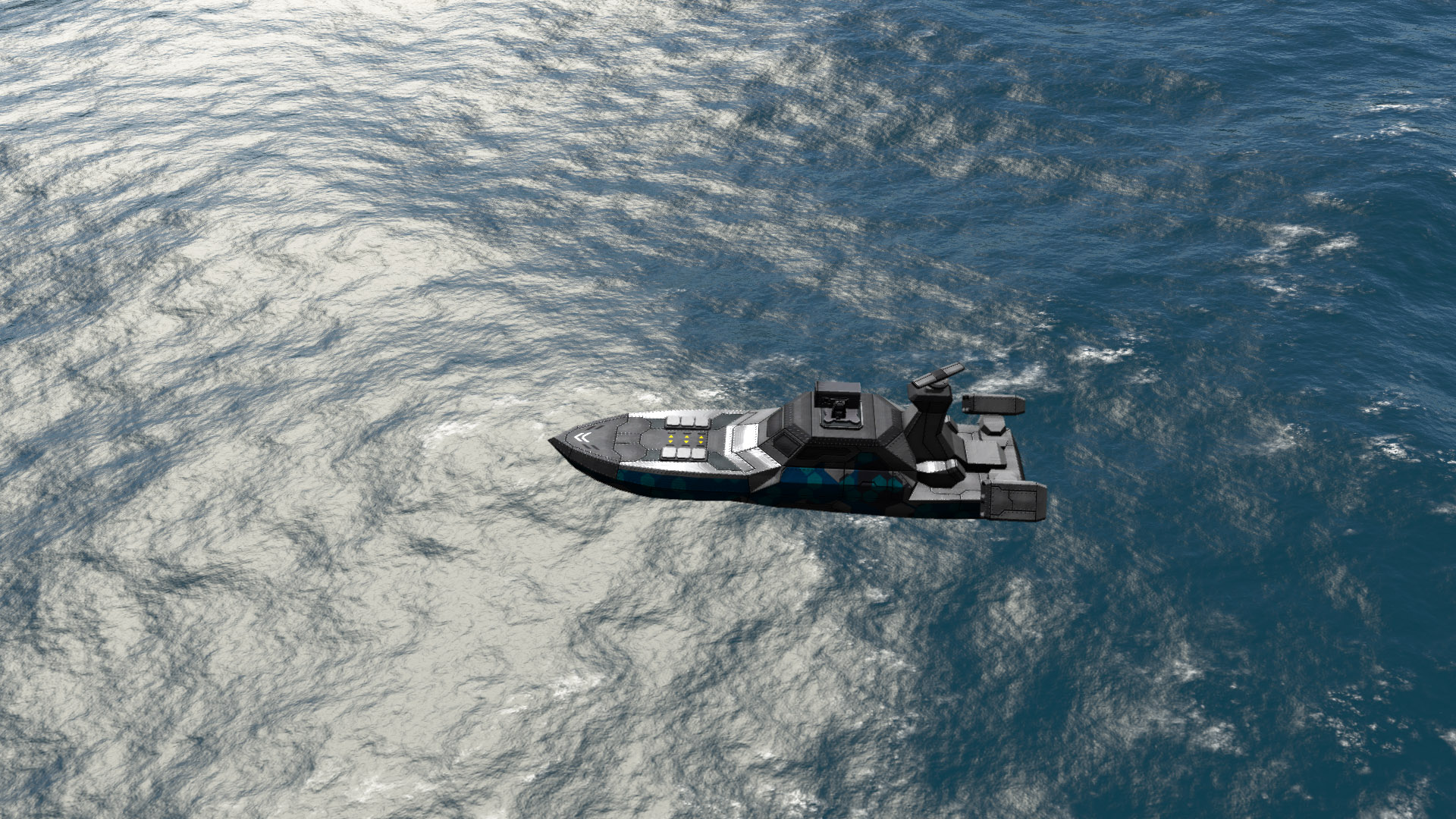 The Hydrofoil’s primary purpose is that of a scout, as well as Air Defense. It has very little armor, but is very fast since it’s propelled by 4 turbojets in 2 swiveling pods in the back of the craft.

And lastly, the Supersonic Missile Frigate 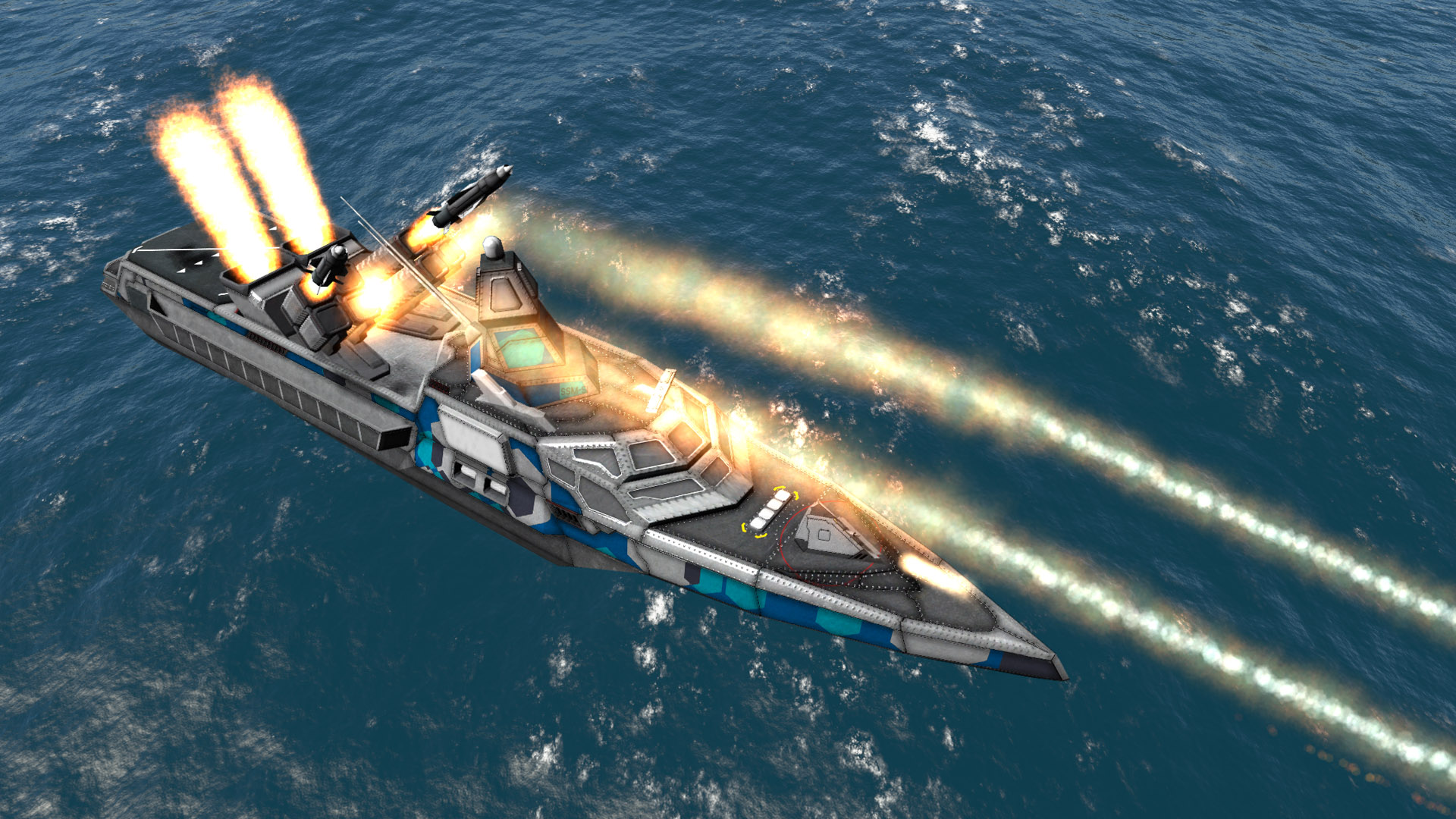 Long Range anti-ship artillery. The Supersonic missiles the Frigate fires have very poor tracking, as such they are not very useful against small ships, as they are likely to miss. They’re best used against Medium, Large and Capital ships. Very weak armor, but it’s one of the fastest TDN units. Has a Helipad that can support a single Helicopter or VTOL.
Default Armament:
2 “Naginata” Supersonic Anti-Ship Missile Launchers
1 127mm Railgun Turret
1 SeaRAM Anti-Missile Turret
Strong Against: Medium Vessels, Large Vessels, Capital Ships
Weak Against: Aircraft, Small Vessels, Submarines

Furthermore, from Left to Right, we have the Strike Fighter, Tactical Bomber and Air Superiority Fighter: 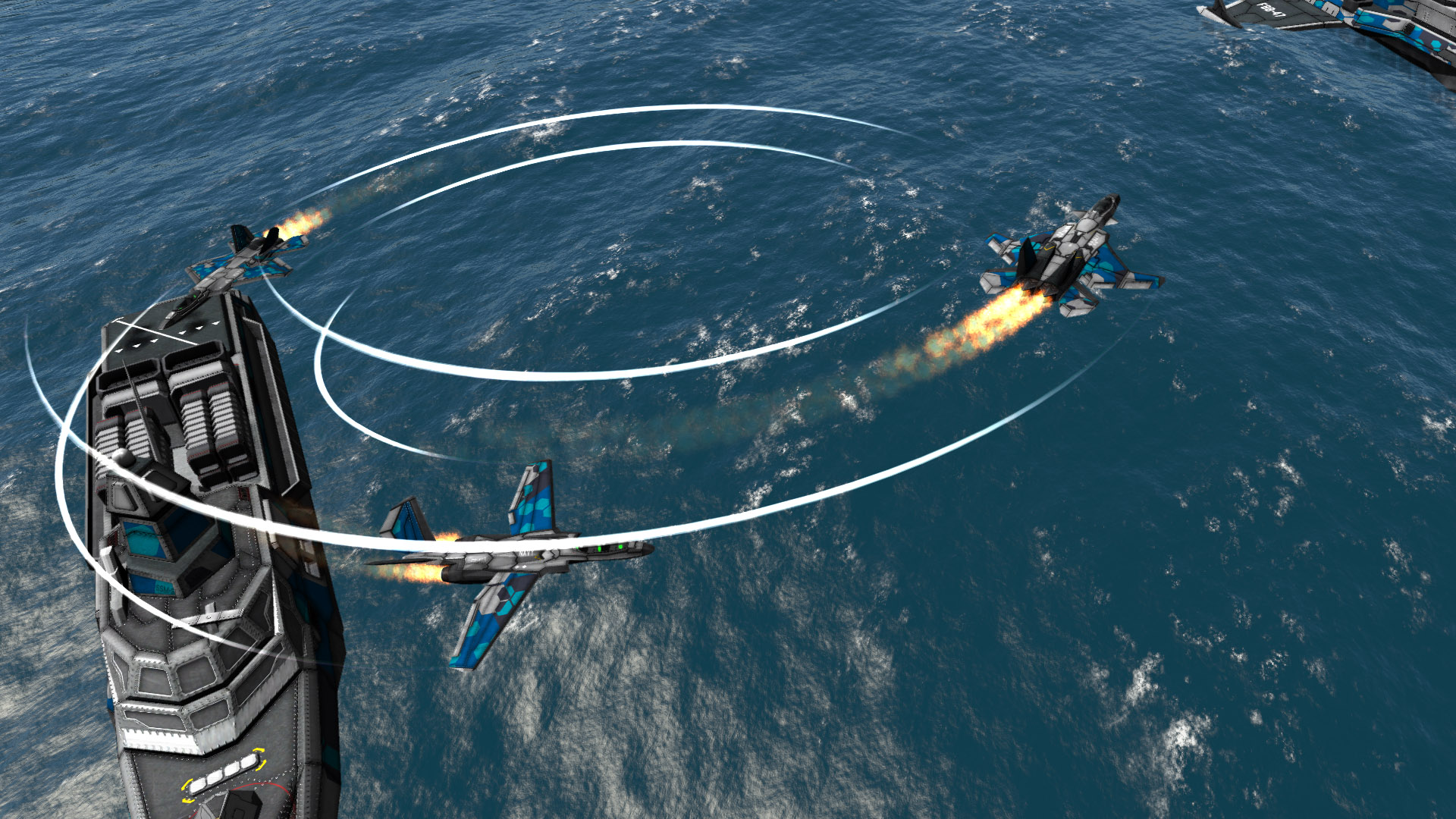 That's it for the units, but not for the update.
I have added several new effects, mostly weapon effects, but also others, like ship trails, jet exhausts and wingtip vortexes, some of these effects can already be seen above, the remainder are in the next load of screenshots: 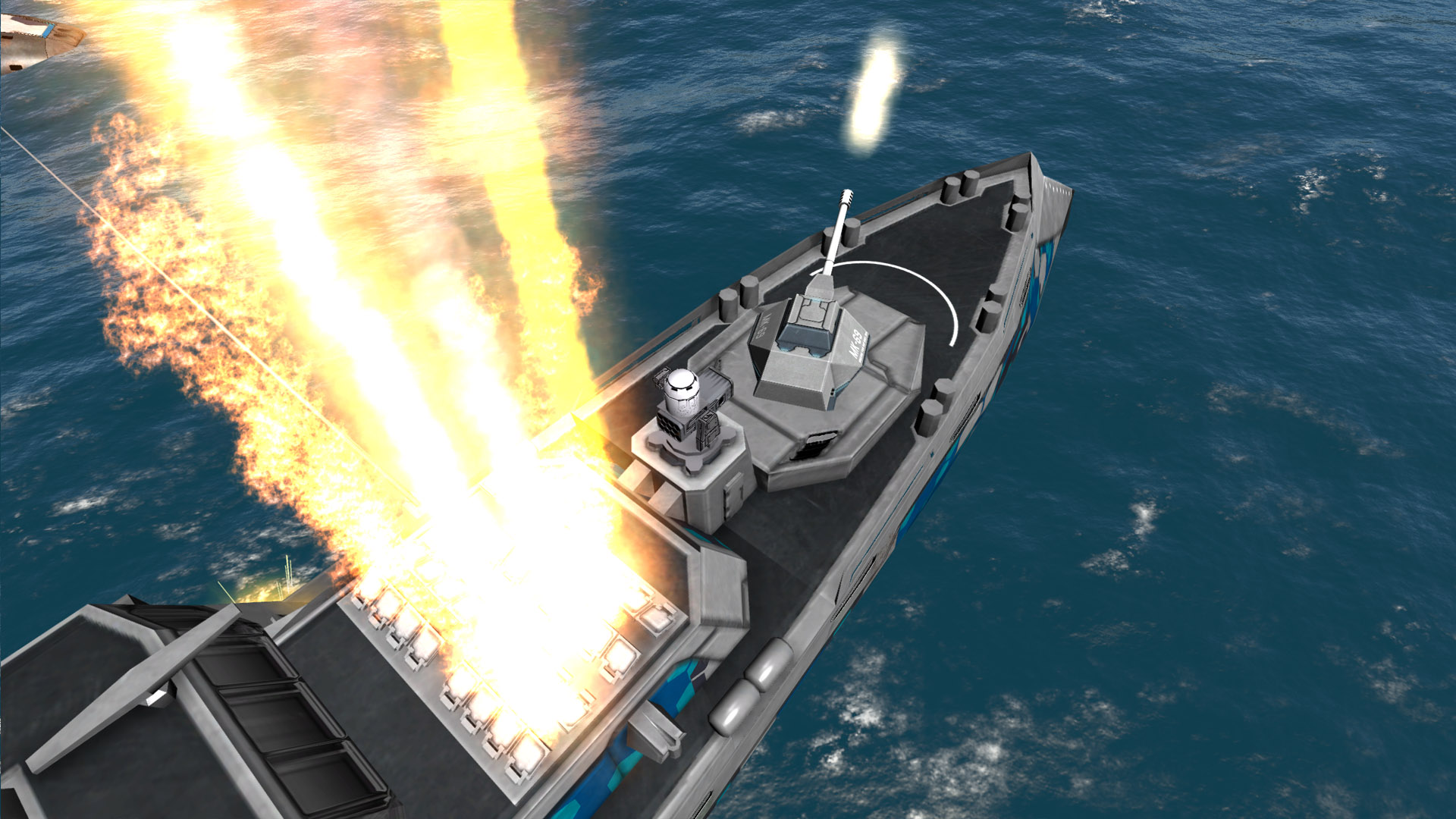 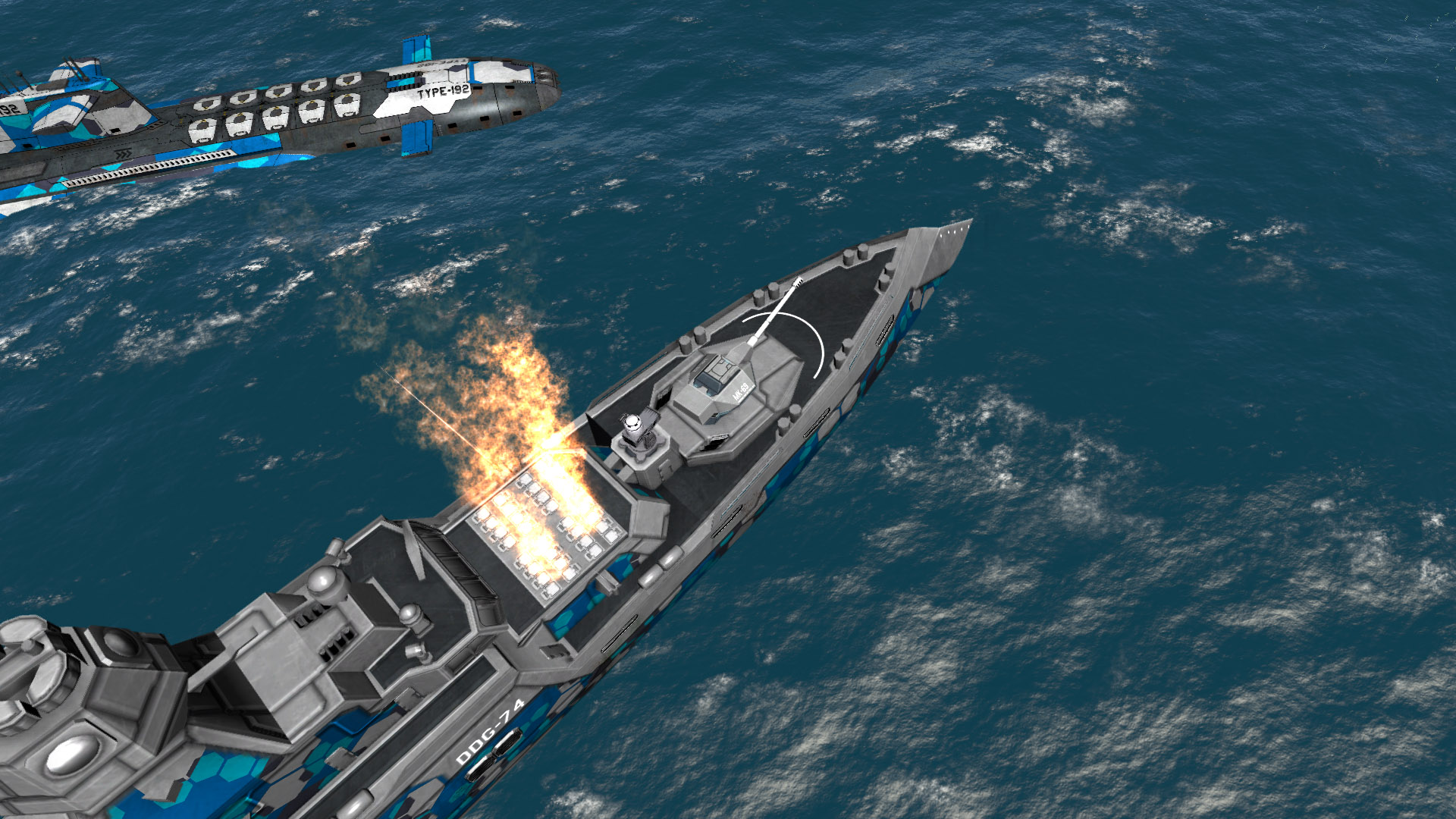 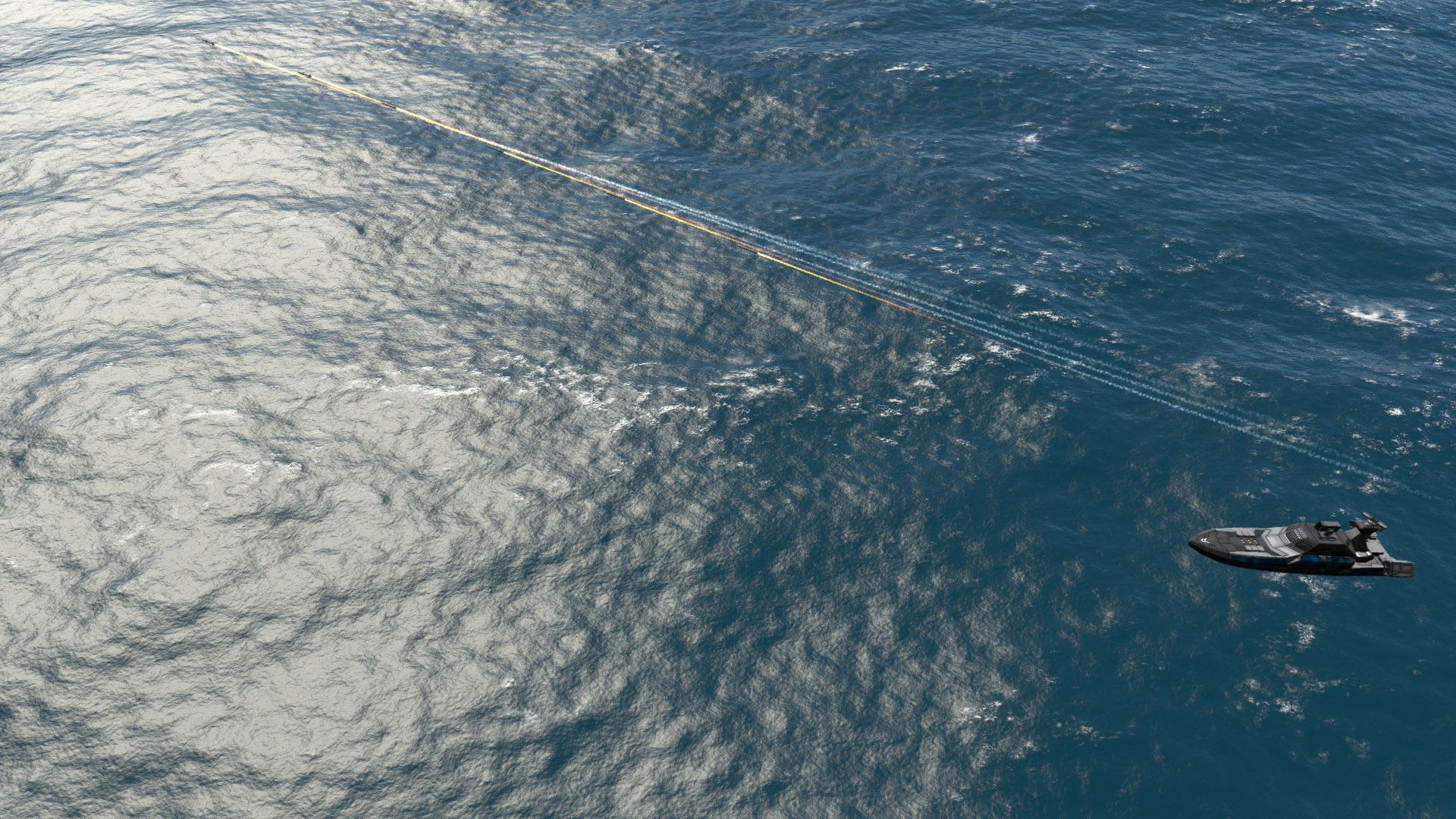 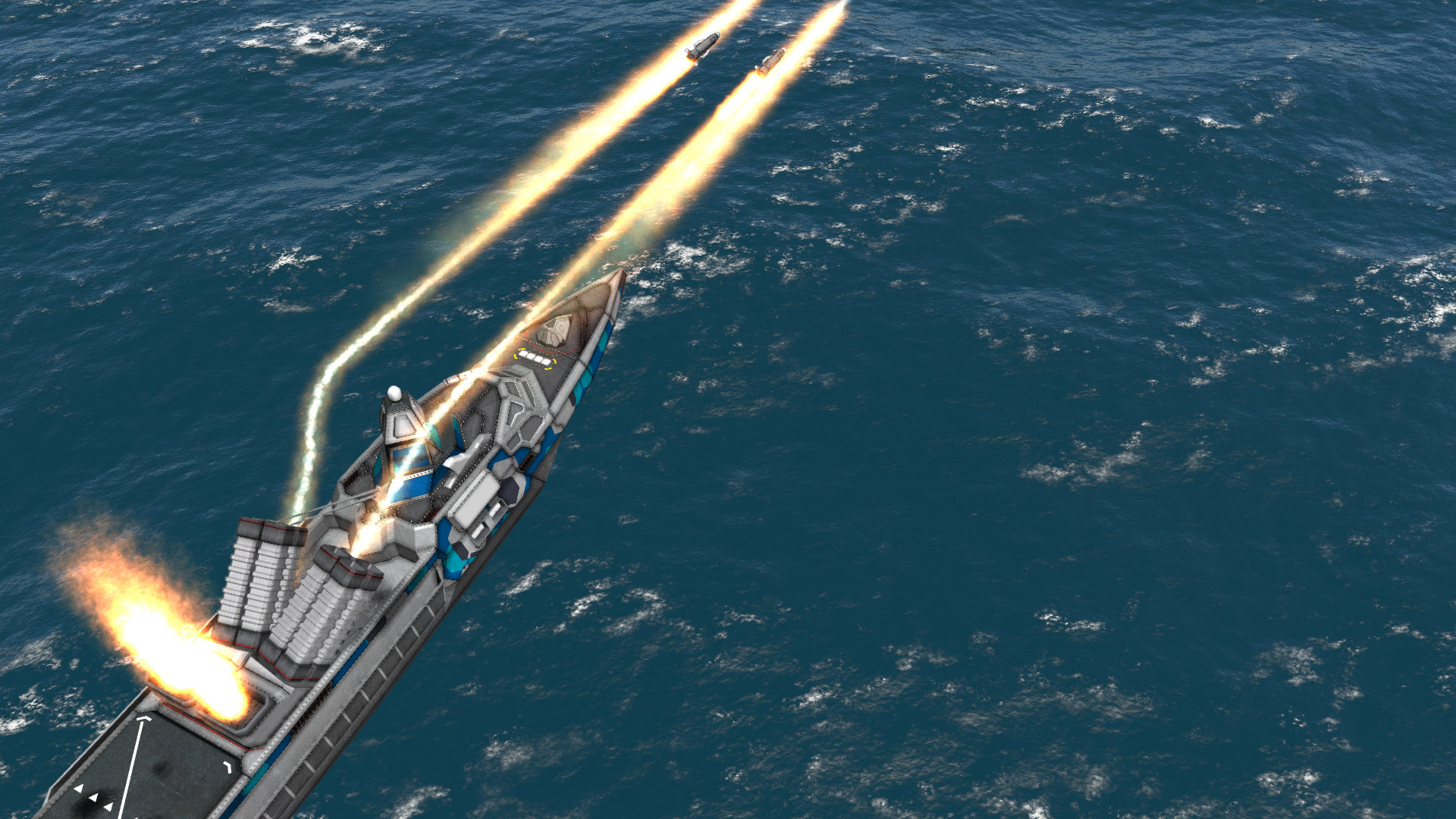 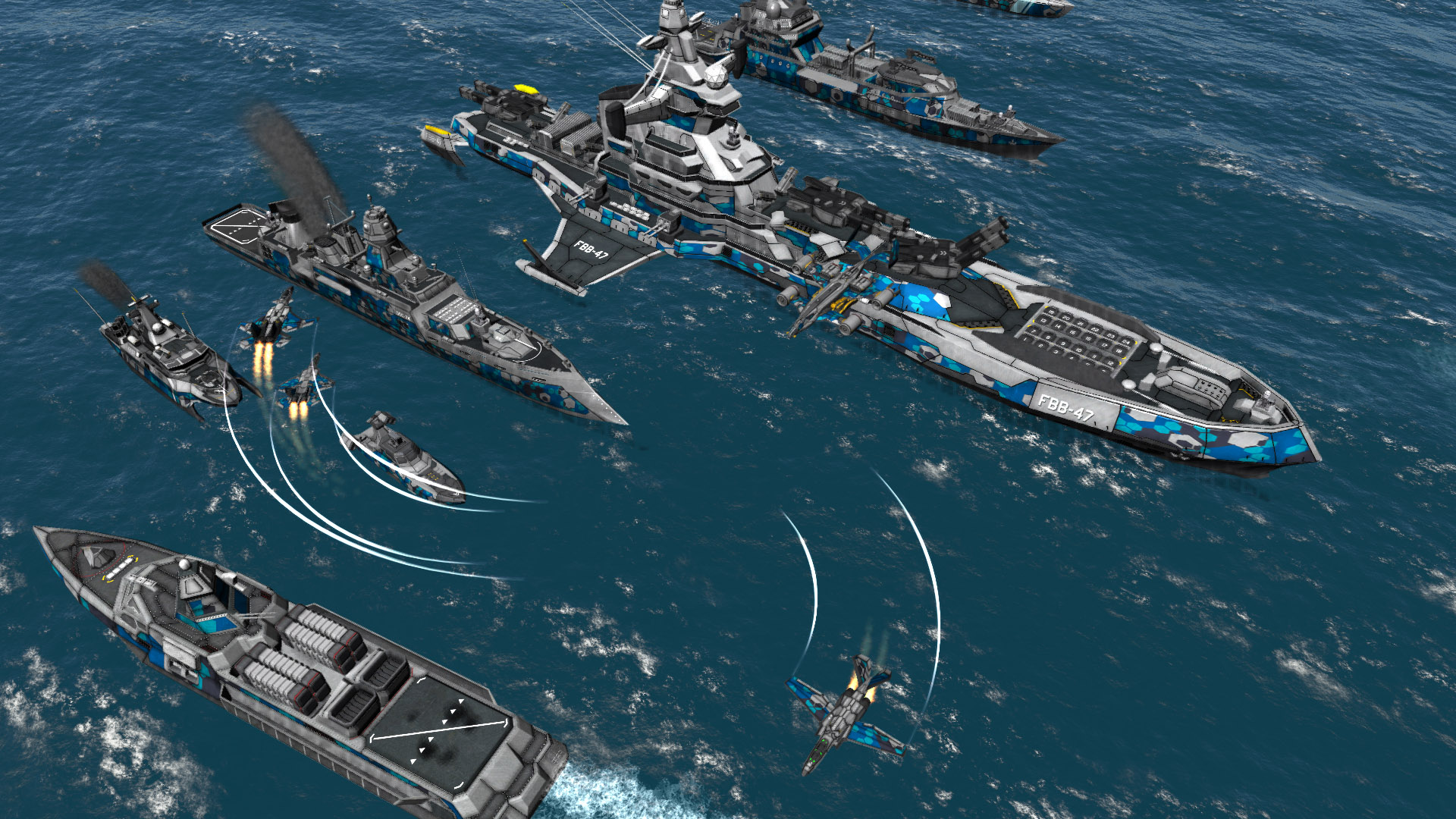 One more thing: We have a website now! It's not complete yet, but we have one: Ardentseas.com

Nice work! It's cool to see a naval RTS. I really like the concept.

I get the feeling that this may have been an influence for the battleship:
Vignette3.wikia.nocookie.net
Either way, this game is starting to look pretty good. Keep it up!

Indeed, it's a bit of a homage to the Shogun Battleship.