In this post there are art related updates that will give you a good sense of how the game is looking! Come take a look!

This art is a compulsion. I cannot resist it.

"Lyto"'s color pallet was heavily inspired by the target audience’s most watched cartoon shows, “Star VS The Forces Of Evil” or “Adventure Time” for exemple, so as the pallet shows “Lyto” has strong uses of colors like green, blue and purple. Variations of each color will also be used to add contrast, differenciation, layering and also to improve the mood and feel of the game overall. 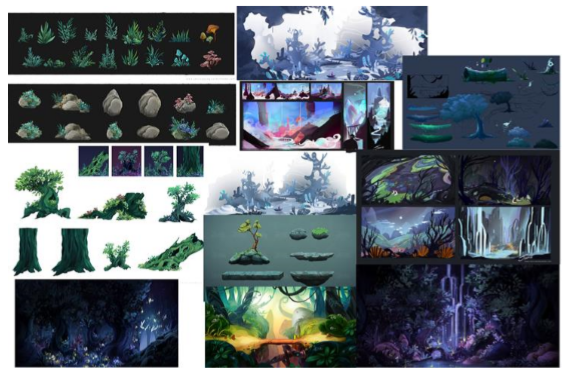 This is “Lyto”’s moodboard, it’s composed of a lot of rocks, trees and fantasy like environments the game’s world will be mainly composed of all these things, “Lyto”’s collor pallet can also be seen in this moodboard’s colors, the blues, the purples and the greens, this moodboard was developed to help Trochi Studio’s artist picture the artstyle that “Lyto” is going for.
There are images of platforms to also help inspire how “Lyto”’s platforms will look like, ones to help with concepting in general, and even images that show how the camera should be placed.

The art for “Lyto” is object oriented meaning that most of the work will be done in layers where objects are placed stratigicly according to the level design and overall aesthethic in order to provide a better sense of immersion. 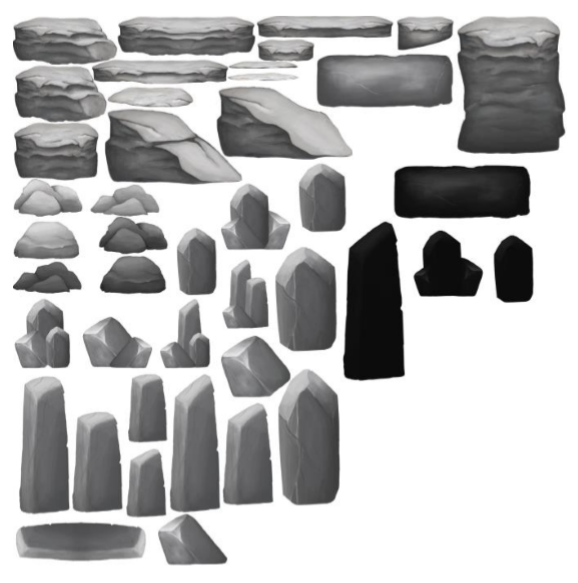 Interactible assets are objects with which the player can interact with to solve puzzles, for example: objects like rocks and pressure plates.

Indicator assets are elements like tutorial indicators or even symbols on objects with the purpose of indicating to the player the specific way he should perfom an action, for example: A rock could have a symbol showing the left mouse button and saying what happens if the player presses it.

Guide assets are meant to show the player which mechanic is better optizimed for a certain action, for example: a rock with vines shows the player that the best way to approach this situation is to use the swinging mechanic.

Finally, collectible assets are special objects that the player can collect throughout the level, there are 3 different collectibles, secret ones which are hidden away and the player must workout where to find them, normal ones that are everywhere and the player can follow them for the optimized run of the level and other collectibles that can be collected to solve puzzles, for example: collecting 3 keys to open up a door.

Lyto's designed has not changed a lot since last time it was posted here, it was jut given a polished up look, it is not yet final but the changes that will be done are only to improve the overall art mood of the game!

Lyto was designed to be simular to a classic sewing doll, he shares this aspect with all the other creations that god made to do his bidding.

He has a clear black outline to make him stand out from the environment and to fit well with the style that the game’s target audience is used to seeing in their favorite shows.

Lyto’s colors are simple and make him stand out from everything else, this was also a choice that was influenced by how characters in the target audience’s most watched shows are painted.

There is no heavy shadow or light work on him because most of the overall shadows and lights were worked on through programming. 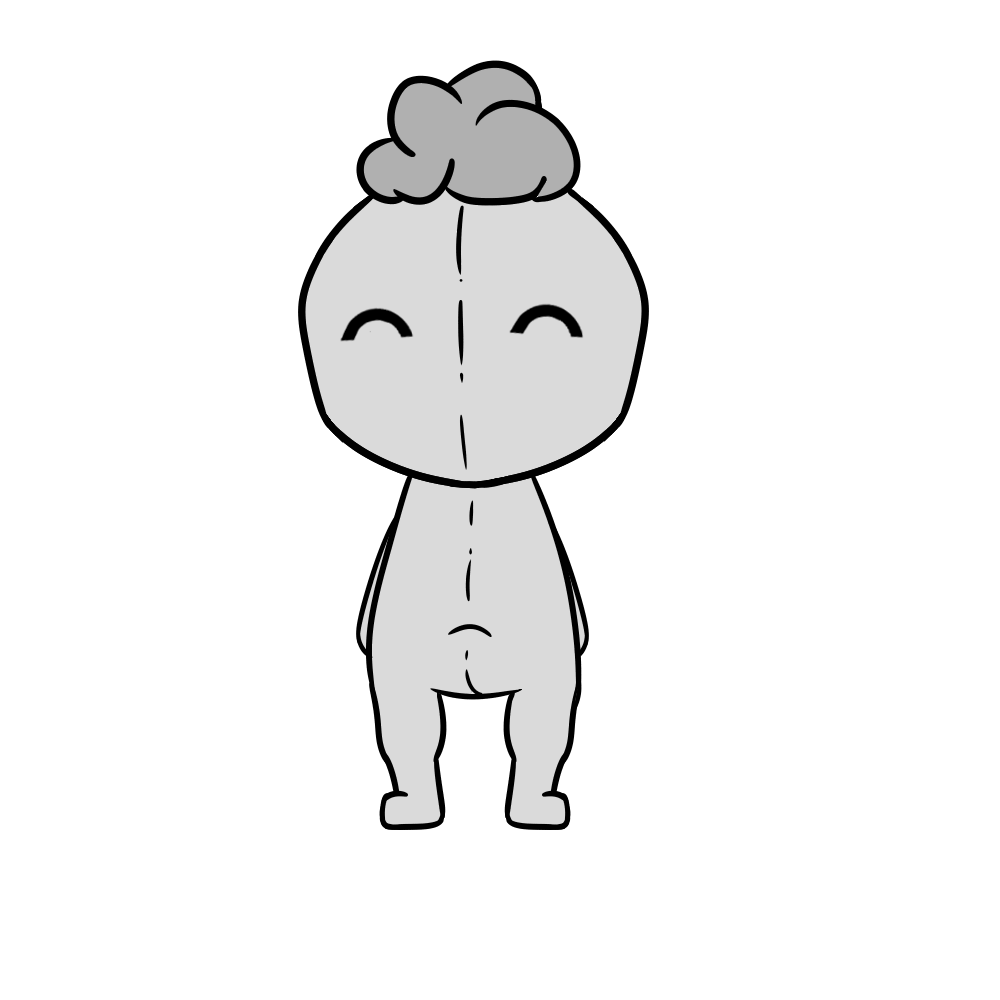 As a bonus for reaching the front page we are adding to this post a tutorial mockup and description! Hope you enjoy!

It starts off with a tutorial so that players are introduced to our games mechanics, this tutorial was designed to be intuitive and keep the player interested, we achieve this by not relying on text boxes, instead prompts like the keyboard key “A” being displayed in the background next to the words “Walk Left”, this way the player is never truly taken out of the game and is in complete control all the time, by doing the tutorial this way not only does a new player not get tired of reading info but also any player that is re-playing the game will not have to deal with the often bothersome action of replaying a tutorial full of stops.