Big beasts, bug fixes, and changes to the spawn system are on the way.

The Juggernaut release is imminent!

This week we have been testing the interactions and balancing of the first of our big enemy creature types. We have also been fixing a number of bugs as well as continuing work on other exciting future features. We hope to have a new release out to you very soon, there are just a few remaining issues to sort out before we can confidently let it out the door.

As well as the Juggernaut we are hoping to release the new Spawn Pad Utility which will be selectable in the deployment menu and will replace the functionality of spawning at your Eden Kit. You can build multiple of these and place them anywhere within your base. Each one will have a cooldown timer before they can be used again.

Here’s what we’ve been working on this week:

Working with the team on designs for the power and fuel system, we have had several ideas for the implementation of this, after lengthy discussions we think we have a solution that will work and not feel too tedious as a survival mechanic. When we have refined them a bit more It would be good to share them with you all and get some feedback!

Towards the end of the week I’ve been testing the Juggernaut with the team and defining tweaks and refinements to the interactions that will make him more of a challenge and more rewarding to take it down! 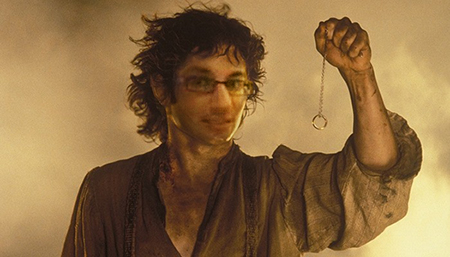 I’m in a volcano or something, I dunno...

Earlier in the week though I was working on finishing the new ‘locations’ I was teasing last week - I then moved on to creating a bunch of prefab buildings which, pending testing, will randomly spawn across the level and add a whole new dimension to exploration and colonisation...

Most of my time this week has been spent on fixing bugs and trying to locate some rare crashes we have been having with the AI. The Juggernaut still needs a little more polish before it is ready to be released.

This week I have been working with Big Boss on designs for power and fuel systems for the game. Development wise I have been implementing more logic around the player logging out and logging back system. Also AI and Player body ragdolls because who knew falling over was that hard.

Just like the rest of the team, I spent most of time testing, debugging and tweaking, most of all the Juggernaut and its Ram attack, which had a problem of being bipolar, it would either hit like wet noodles or knock the player out of the map, with very little wiggle room in between. Among other things, I put some extra work into the Modular Weapon System as well, because who knew that procedurally driven animations would be tricky to implement :) The biggest problem with it was the Recoil animation, whose length and magnitude have to be variable driven and still look right, but at the moment I think we’ve found our solution.

I’ve been polishing rocks this week - reviewing the current state of the new level and focusing on improving key areas such as the Underwater biomes by improving the terrain and mesh placement and making underwater caves for nasty critters to live in. I’m currently working on initial portions of new biome areas, a variant of ‘Grassland’ to populate the windswept outer reaches of the island, and ‘Marsh’ (formerly Savannah). In amongst all this I’ve had some extra time to fix up a bunch of small but annoying issues with the new level, including dodgy hive placement, optimising clouds/foliage for slower GPUs, PFX tweaks, fog fixes, collision problems, ceramic rock visuals, and underwater Post Process.

Also grieving the loss of 3 fine British eggs, stolen by Matt. I can only assume he plans on casting them into the fires of Mount Doom on his holiday. Well, that or making scrambled eggs.

In between testing the Juggernaut and working with marcin on our modular weapons system I have been polishing up the skin weighting for the player armour sets and exporting the individual pieces. I've started on a blueprint visual prototype for combining elements of different sets together to start to define the rules as to what we want from it. Balancing flexibility with what actually looks good together and what combinations don't work.

Ideally we would like additional slots for vanity items that won't affect gameplay but in terms of armour pieces so far we have helmets, chest armour, leg armour, arm armour (not including the RMD) and boots. The RMD weapon could be another slot eventually but so far we just have the one variety ;)

This week I have been tidying up the environment concepts from the last few weeks and making sure all the creatures are sitting pretty. We have also started work on two new environments that need to be conceptualised for the team to start work on some environment systems.

I’ve been working on building block improvements and mining improvements as well as adding the ability to raise and lower foundation heights on placement.

Spent some quality time this week debugging the keybinding issues among others. I also implemented the Replication Unit first pass into the game ready for some testing and debugging.

I don’t know what to write in these anymore. I do the same thing every week. It’s a lot less exciting than the other guys, which is why I’m always at the bottom. So if you have waded through all the awesomeness that the others have entertained you with and ended up here, at the door to relentless repetition, don’t be alarmed I shall leave you with a quote I’ve just stolen from the internet…


See you in the fray!