"Boris has arrived!" The latest Apocalypse Rising update features Soviet Hero Boris and the MiGs under his command.

Hi everyone, welcome to the latest Apocalypse Rising development update! This month we have a big surprise for you in form of Boris; the Soviet's Hero unit!

Field commander, elite commando, and Hero of the Soviet Union, Boris is a formidable force on the battlefield. Armed with his unique and specially modified AKM, Boris mows down enemy infantry with ease. At his highest veterancy status, he can even hold his own against anti-infantry and light vehicles. There is nothing that can stop Boris. Well, except for water. Unlike his Allied counterpart, Tanya, Boris cannot swim. Intelligence reports cannot indicate whether it is a simple refusal to swim or if he never learned how.

With his extensive training and battlefield experience, Boris is a soldier without fear. In every mission, Boris will see to it that there is nothing less than victory for Mother Russia.

"Russia's fate is with me." 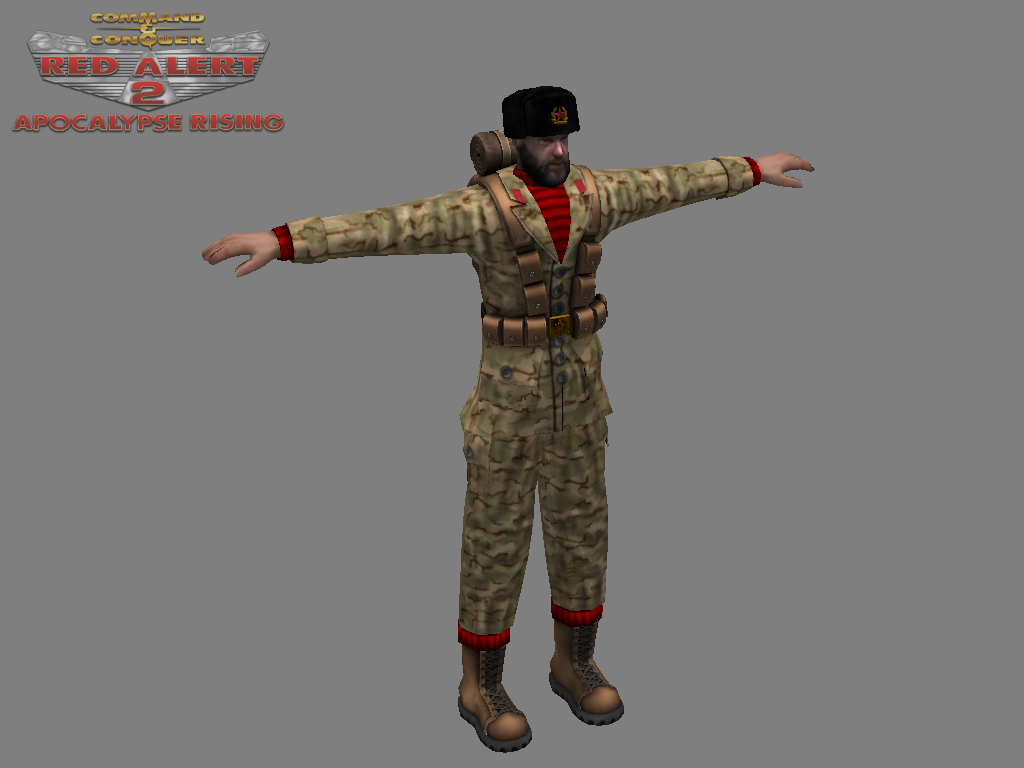 After the conclusion of the Second World War and the Allies as the victors, there were dark times for the Soviet War Machine. The Soviet Airforce, once a proud and strong component of the Soviet military, was reduced to scrap metal and "civilian applications". The MiGs and Yaks that had survived the war nonetheless found themselves dismantled, their materials used to rebuild the broken Russian economy.

For the purpose of self-preservation and self-defense, the Allied Forces agreed to a treaty that allowed the Soviets to retain a small contingent MiG fighters. It was this agreement that saved the remaining MiGs from complete and total destruction. Between the years of the Second World War and the later Third World War, these MiGs have found themselves collecting dust and had been practically forgotten about. The MiG fighters would not see service again until the arrival of Boris. 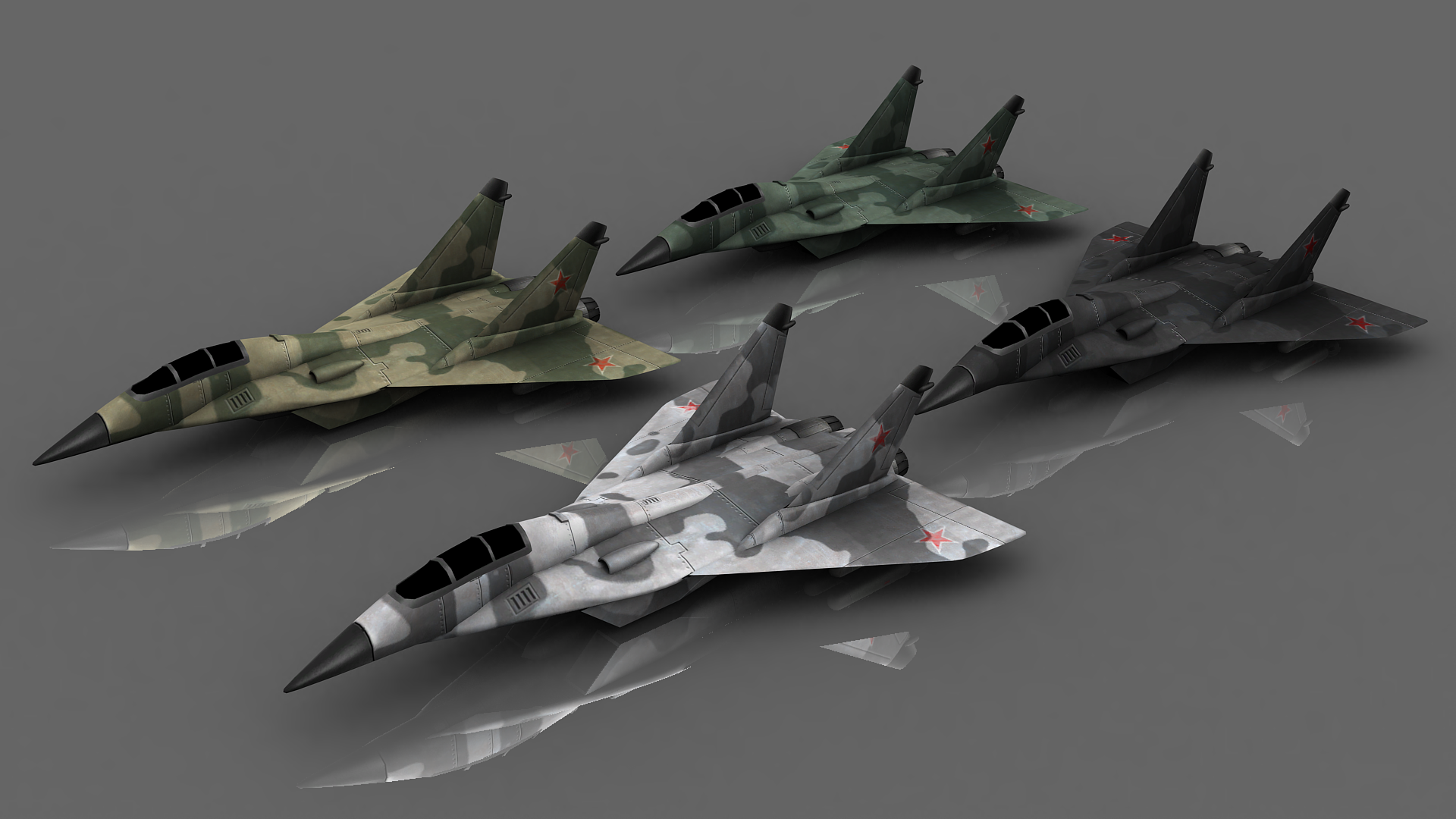 "MiGs on the way"

To destroy enemy buildings, Boris has been granted two things; access to MiGs and a laser pointer. Using the laser, Boris can point to and designate targets, marking them for destruction. Once a target has been confirmed, MiGs will fly in to do the job. Under Boris' command, the long-forgotten MiGs will see to key strategic strikes on the battlefield and proudly serve the Soviet Union once again. 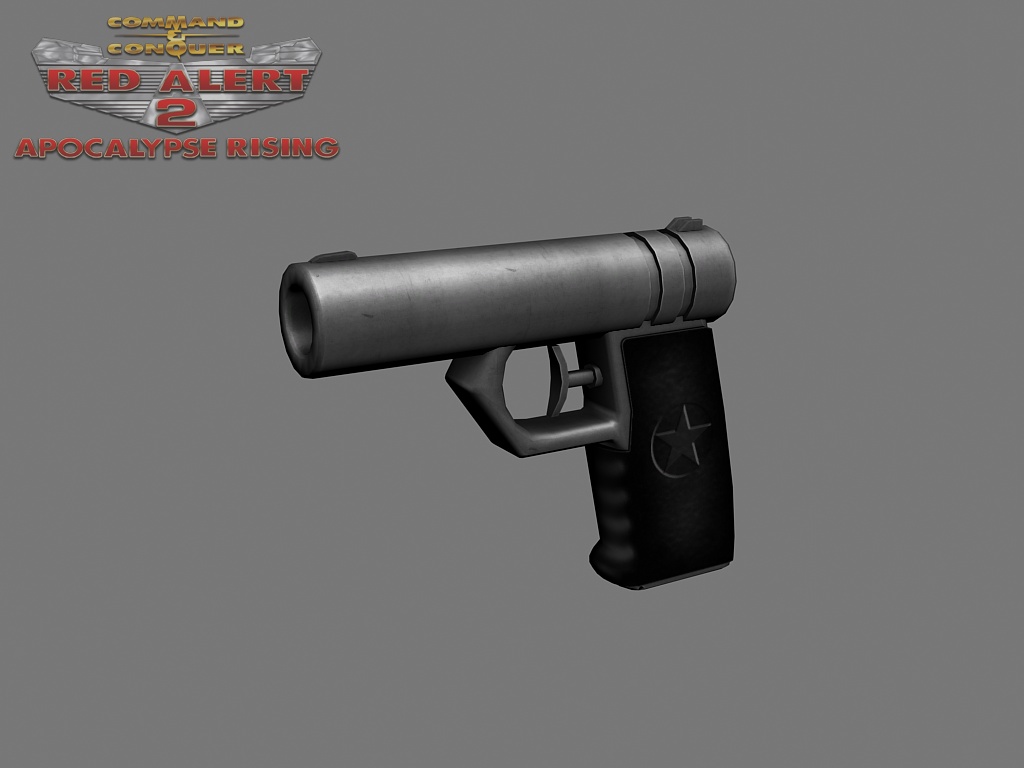 Allied commando Tanya relies on C4 for building destruction, which requires entering the target building. Boris, however, can accomplish this without having to infiltrate the enemy building and simply rely on the MiGs. The laser pointer itself has considerable range, which grants the advantage to call in these airstrikes from a relatively safe distance, as pictured below. 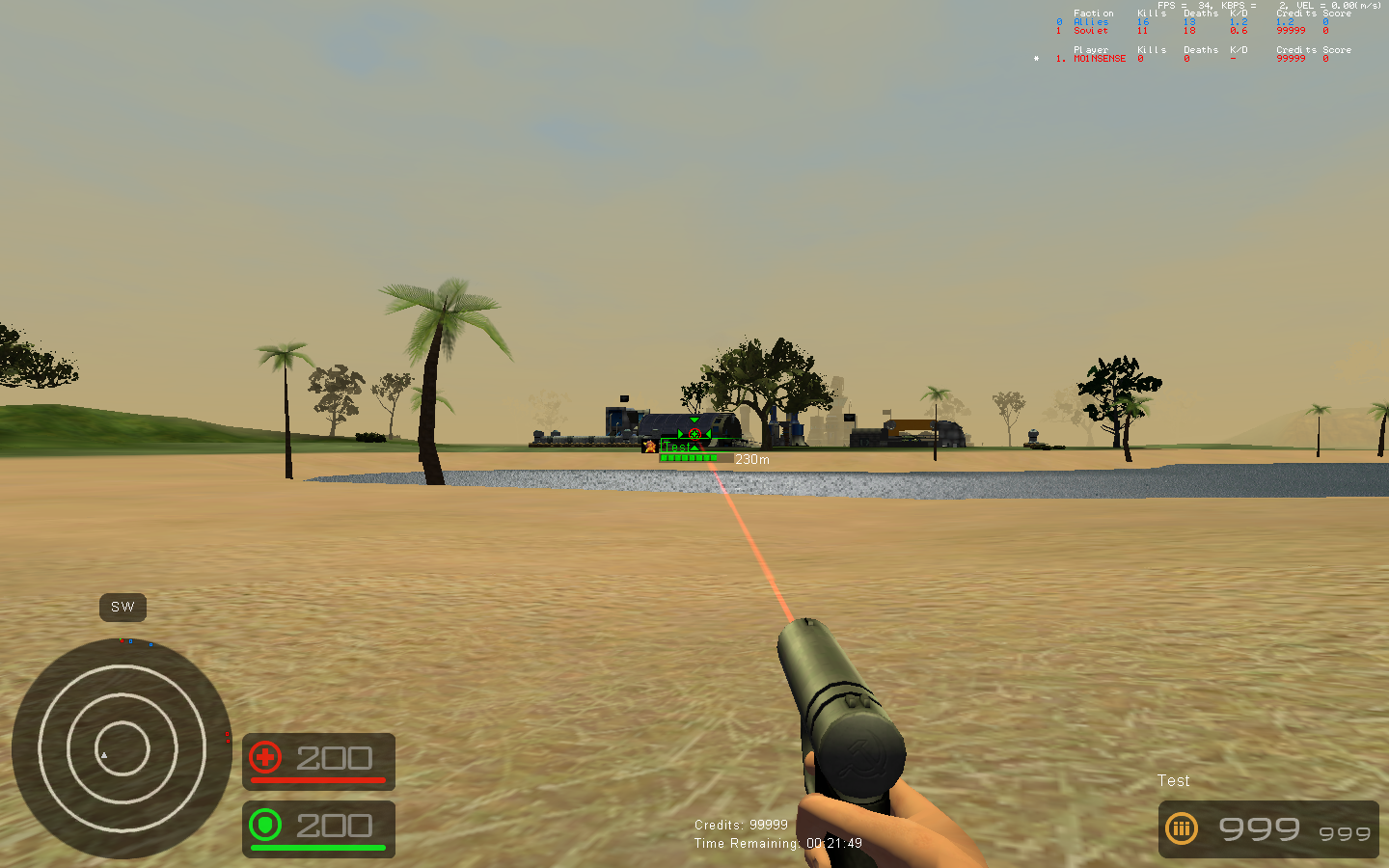 To see it in action, take a look at this video! Currently, the airstrike cinematic is a temporary animation and will see improvement in later development.

Video created by One Winged Angel, airstrike implementation by moonsense715.

We are always hiring new team members to speed up AR's release! If you believe that you can help us out, you are more than welcome to help!

If you wish to contribute to this project and believe you have the skills, give us a shout!

If you would like to contribute to the game and believe you have the skills, don't hesitate to apply! If you DON'T know if you have the skills, send us a forum PM @w3dhub.com and we can chat. If you would like to help in areas not listed here, that is also more than welcome.
To apply, just send any W3D Hub staff member a (PM) via our forums and let us know which position you wish to apply for.

Stay tuned for more news and updates from the W3D Hub team!

So the Airstrike works like a remotely placed Ion/Nuke beacon? Nice Boris model BTW, pretty much accurate to the concept.

Do something to visually break up his BDU and pants, maybe? It's all a little too... Uniform.

Maybe make his coat more bulky around the waist, like in art (http://vignette3.wikia.nocookie.net/cnc/images/0/06/Boris.jpg)? Also, is it just me, or he has pants tugged into boots in art? It kinda makes him look shorter.