Post news RSS Alpha 0.0.9: The Calm Before The Storm

The full changelog is available in the news section of the launcher. We are going to cover all planned features for the next big update in this post.

You want to play on multiple PCs with the same character progress? No problem, we are going to add the option to use an online account so you can login from different PCs. The final version of the game is going to require an online account for ranked matches but not for LAN games. 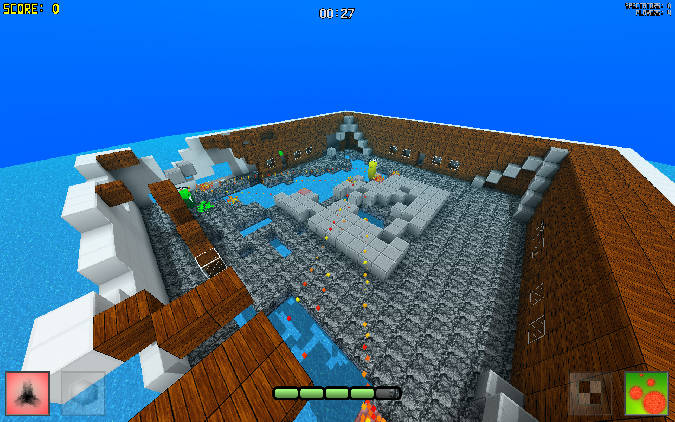 So your skills are becoming stronger but your character does not? Well, that's what we are going to change in the near future. By playing games you are going to receive experience points which level up your character. Each level is going to give you small rewards like a skill, a hat or a bunch of destruction points. The higher your characters level is, the more skills and visuals are going to be available in the shop.

At the moment all ingame graphics are directly generated with OpenGL during runtime. For the new version we are going to use .obj files so we can create fancier models using 3D-modelling software. 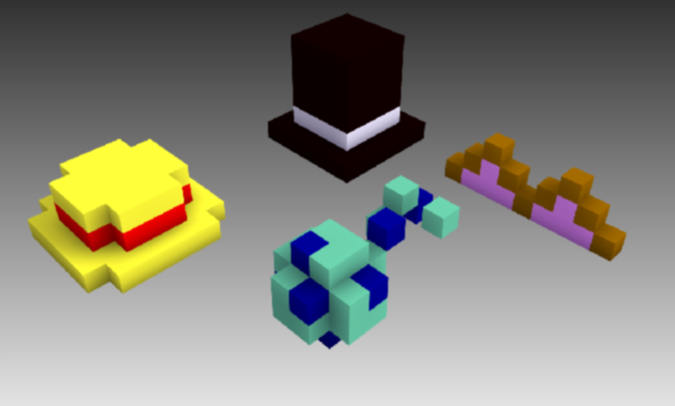 The performance of the map rendering is still not at its peak. The light calculations are done for the whole chunk for every single block change. This will be changed to a precalculated light system where the lights only update their surroundings. We are also going to implement a mixed system between VBOs and good old display lists to support older devices but ensure maximum performance on new ones.

I look forward to!)