Independent game development studio Dreadlocks announces its new story-driven, side-scrolling RPG, Dex. The game is an action/stealth platformer in a cyberpunk setting and features an original approach to hacking and cyberspace. We have also launched a Kickstarter campaign, with more information and materials to check out. Release is scheduled for June 2014, with early access available for Kickstarter backers.

We are proud to introduce our exciting new game, Dex – a 2D side-scrolling action/stealth RPG in a cyberpunk setting.

The most innovative aspect of Dex, both from a story and a gameplay perspective, is that it takes place in two planes: physical reality and cyberspace (which is presented as a sort of augmented reality). Cyberspace is omnipresent – you can go there anytime for an alternate take on things – and it is up to you to choose how to overcome all obstacles and enemies. More than one solution can work – pure action, stealth, or cutting through intrusion countermeasures in cyberspace. 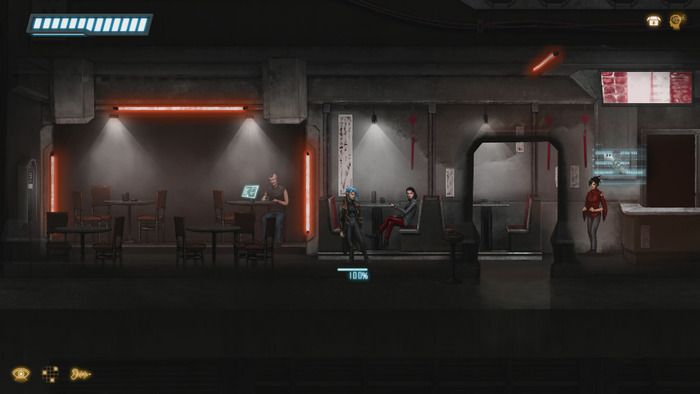 Please note that we have also launched our Kickstarter campaign, with more information and materials to check out. Release is scheduled for June 2014, with early access available for Kickstarter backers.

Met 2 of the team and played the game at Razzed 2015 today. Sorry I forgot your names, really nice lass and lad :)
The game is much in the vain/vein/vane of Shadowrun Returns and Deus Ex.
Got my play through into mischief by whacking up my mêlée skills and punching my way through the corporations security guards :) Fun
Plenty of promise on show. Good work guys.