Avid Linux gamer and Indie game scene supporter. Drop me a line or come play some games with me. I am always on the forums or in a game.

So how many achievements must a man get now before you can call him a man? What are they? Why do I want them? Do they serve a purpass to Desura and it's clients?

In this I will try and use games from Desura as examples in this blog.

These question I hope to answer but also both Desura team and Game makers can also answer to. So to bypass the first question, well save that gem for later.
( and I don't mean this Jem

, freaks.) What are Achievments?

Well the dictionary defines achievements as this:
a·chieve·ment/əˈCHēvmənt/

In the game industry achievements supply clients goals or in some game completing a progression in a games story. (*cough ..Call of Duty.. Cough*) Anyways the point of achievements is the create extra game time in a game and give the player the feeling of self worth in completing certain tasks that are not part of the main story. With this reasoning companies like Valve , Microsoft and Sony have seen massive sales in gameing and longer playtime for players. Thus allowing for more content for a single game and more time in between titles.

Nokia did an eight week field trial was conducted in the fall 2008 to
evaluate how people would experience Nokia Image Space
service as a whole. The achievement system was studied among
other issues in the trial. A total of 20 participants were recruited
for the study. One group consisted of Flickr users in Helsinki,
Finland (age 30-45, 8 male, 2 female). The other group consisted
of students in Nice, France (age 22-26, 9 male, 1 female).
Participants had Nokia 6210 Navigator phones as their mobile
clients and they used their own computers as web clients. They
were introduced to the service at the beginning of the trial. Later
on, we assigned weekly tasks for them.
Both quantitative and qualitative data was collected during the
trial. Regarding quantitative data, we recorded log data of the
participants' use of the service, and asked them to rate their user
experience on different aspects of the service. Regarding
qualitative data, we interviewed participants both at the start and
at the end of the trial. The first interviews were phone interviews,
lasting 25 min per participant on average. The second interviews
were conducted face-to-face, lasting 45 min each.
RESULTS
When the interviews were analyzed, three major groups of
participants emerged concerning their attitude to the achievements
in the service. The first group (6 users) was indifferent towards
the achievements or disliked them mildly. The second group (6
users) appreciated the system. The third group (4 users) did not
understand the purpose of the achievements. The rest did not
mention achievements in the interviews.

of the first group, 4 people said it was "quantitative goals" meaning all they had to do was take any picture and they would get an achievement.
This study was done by Markus Montola, Timo Nummenmaa, Andrés Lucero, Marion Boberg and Hannu Korhonen.

This begs the question. "Why do I want them?" As a gamer they added like I said earlier the feeling of self satisfaction in completely "Wrapping" a game. As a Desura enthusiast, I want Desura to contend and eventually be better than Steam. By having a Achievement system buddies can email you asking how did you get that achievement "BALLS OF FIRE!" in Wizorb, or " Shank Me Later " in Project Black Sun.

This rolls us into the 3rd question, "Does it serve a purpass on Desura?" In general gaming no, In the grand scheme of things yes. If Desura added a smart achievment or Accolade system on the clients. Players should have the option of being able to seach for members who also have achievements / accolades in that game thus finding common interest with other players. Indie Developers can add more content to their games and maybe expansions. Now that Desura is Multi-Platform ie: Linux, Mac and PC. They can truely have a home for PC gamers and developers. Its up to the Clients to not only light a fire under the Developers ass to comunicate with Desura but also Desura to light a fire under there own ass to have a trial system going.

For my closing question, "So how many achievements must a man get now before you can call him a man?" answer? This guy. 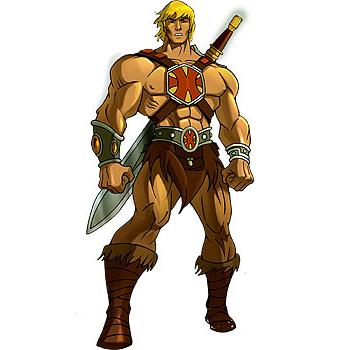 The power of GamePADS on PC's

The power of suggestion.

hullo!
personally, i grew up playing these games in emulators (we didn't have any actual consoles ever), and that seems like it has become increasingly more common a story, so maybe that has something to do with it?

Maybe, it really all depends on the game. Others it depends on that the designer has always played with mouse and keyboard and just never really used gamepads. Its hard to say really but its just food for thought. Great comment.

Thanks for the comment mate, sorry for the late reply, not been on desura for a while!

Hey, man. I'm up for that. I'd love to see games like StarCraft II and RAGE and...Stuff like that on Desura. =D

I too would love to see Batman (both games) and RAGE on Desura. But I would love it even more if they made a Linux and Apple version of thoes games too.

RAGE would be awsome on desura ;), but then again we dont have any IDtech games

Well, I think OnLive would work with Mac OS. (Not sure of Linux, but probably to be honest.) And there are tons of games on it, including both the new Batmans.

The boys at Desura have hinted about a Mac client . If this is true then this will be fully Cross-Platform.Plus I love it here too.