Zombie Hunter, Inc. can be described as Left 4 Dead meets Golden Axe. It is a top-down PC shooter set in Washington, DC. Your job is to rescue survivors from the zombie apocalypse . . . for a reasonable fee, of course. More than an arcade shooter, Zombie Hunter, Inc. also includes gear customization, quests, and non-linear storytelling with branching paths to deliver the most exciting top-down shooting you’ve ever seen. 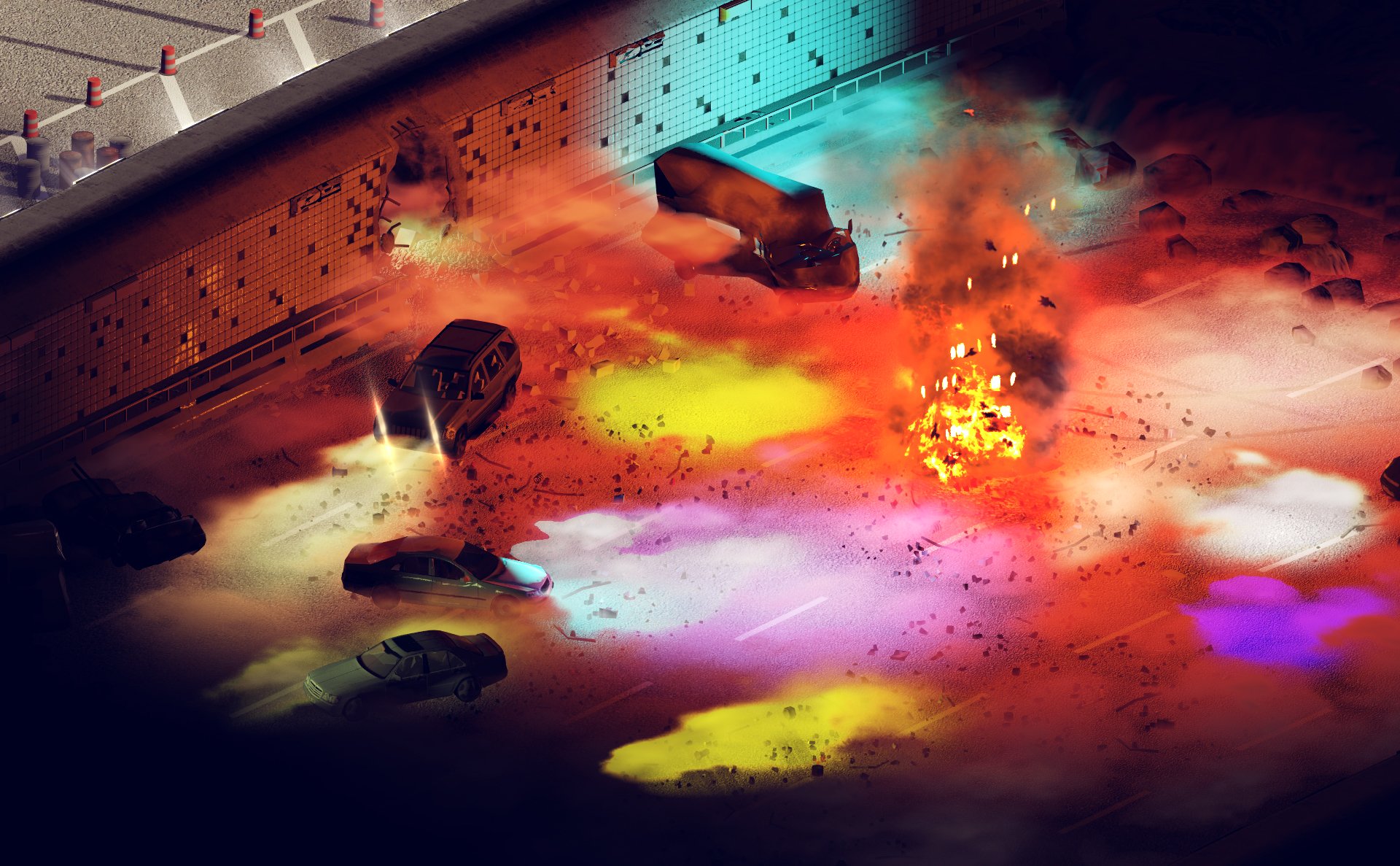 I hope you all get the chance to vote for us on Steam Greenlight.

As we continue to work on our Demo, we have recently started a forum devoted to the game, check it out:
Zombiehunterinc.freeforums.net

Moreover, we have recently got featured on Gamasutra with our volumetric fog article. In it we explain how we implemented our fast per-pixel lit volumetric fog without depth pre-pass:
Gamasutra.com

In the article I explain a traditional approach to implementing volumetric fog and then present the approach we used in Zombie Hunter, Inc. 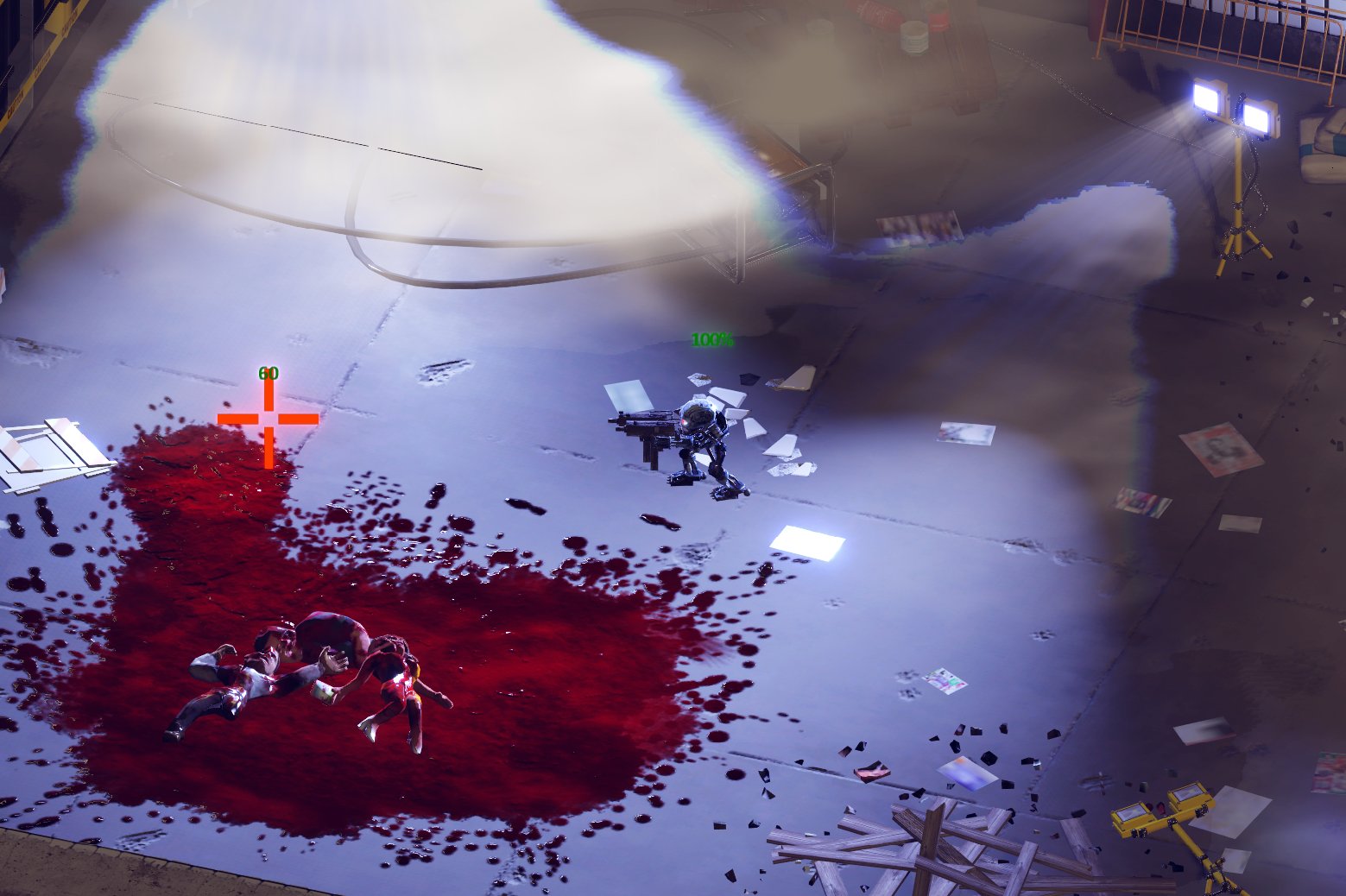 The first newsletter will feature a video developer diary with some gameplay footage as well as our comentary about the game development process. We cannot wait to release our gameplay demo, however we still have a few things to do. Our fonts are still placeholder, multiplayer mode lacks some crucial functionality and campaign mode has some severe glitches to be fixed. We also have not yet finished the level for the campaign mode, it's only hanf-way done right now. We plan to release our demo roughly in two months, so stay tuned! 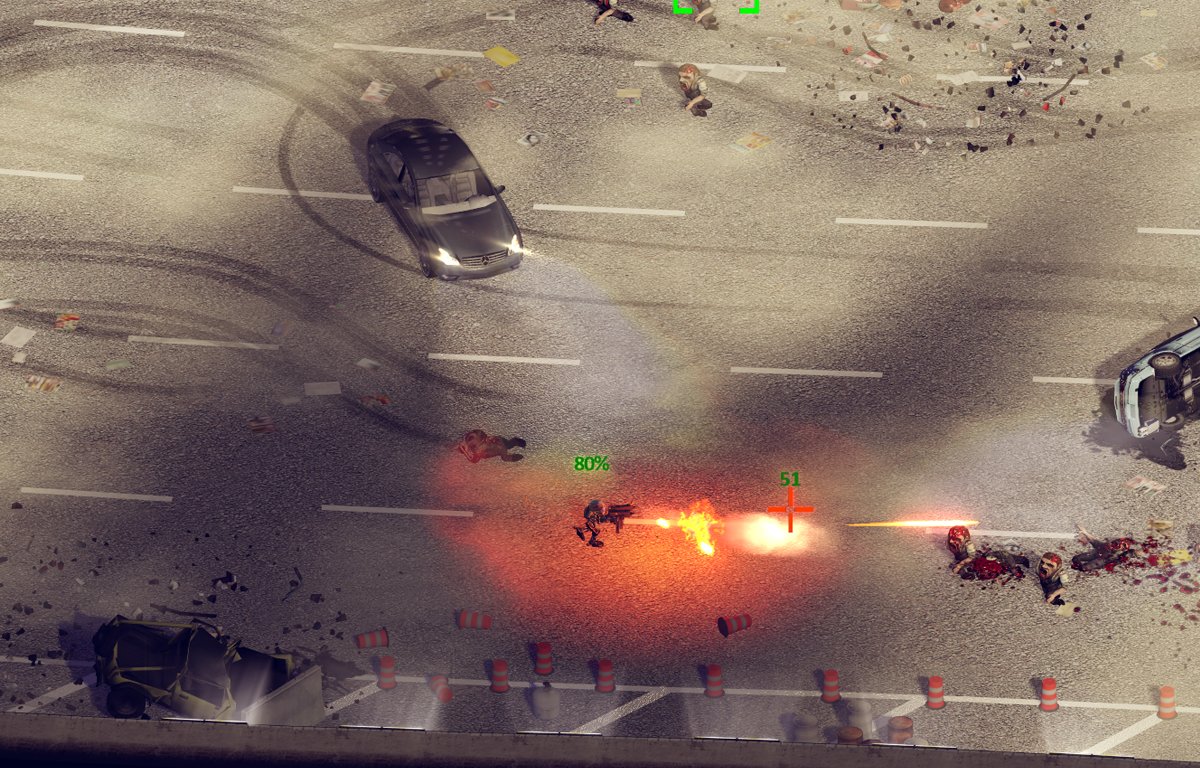 In this post I will tell you about the game that had the biggest influence on our development of Zombie Hunter, Inc: Seal Hunter.

In this update we talk about the gameplay and story behind the campaign mode of Zombie Hunter Inc. Also we have just started our Kickstarter and Greenlight...

Zombie Hunter inc: How we made an HQ bloom system like in Battlefield 3

Now Zombie Hunter inc features a badass fullscreen bloom system, similar to the one used in Battlefield 3. Here we will tell you how it was done.

Alpha is out and better than ever! With 6 new guns, two player hotseat mode and insane number of zombies to stop. Do you have what it takes to beat it?

Okay. I didn't even try out the game yet.
But sir, you have a huge fan over here.
Anyone who uses Hourvari's music in his project is a dear friend of mine.
That was unexpected.

Well and we are all huge fans of Hourvari! Their music is amazing and it is a great honor to be able to use it in our game!

Sorry if im annoying you guys but is there any way to get cheats? I'm always stuck on wave 3 with the stupid dogs running..

Feel free to annoy us anytime Cal_Shoot! We love to talk with our players!

We don't have cheats at the moment, sorry. We simply did not have the time to implement them :). You should try using C4 though. Just plant a bomb close to the left border, before the wave comes out and blow it up when they approach it. That should kill 80% of them and you will quickly dispatch of the rest.

You could also use grenades to achieve the similar effect, but you need to learn how to toss them accurately :). Machete is also a good solution as well, as it kills packs of dogs with one skystrike (I hope you know that you can use it in midair to perform the skystrike :)).

Finally the SPAS shotgun for $4000 is your ultimate solution, if you can gather $4000 before the dogs come out.

One concern I have with games like this is they tend to become quite monotonous after a while. They typically only consist of running, gunning, and unlocking better weapons. (Which only leads to more running and gunning.) I'm not saying this is going to be your game (because it's only in alpha and I haven't played it for that long), but I'm just trying to suggest adding some amount of depth.
Skills can go a long way. For example, leveling up a character with stats or choosing some kind of bonus at the start of the game can really change things up. Enemies could also be implemented in a special way. For instance, certain guns may be more powerful against certain enemies or enemies could behave in a way that forces the player to strategize.
Again, these are all just suggestions from a fellow game developer. I would just hate to see a game that looks so visually appealing turn into another shallow zombie killing clone.

Thanks for the complement! We are indeed working very hard to make the game look nice :).

I am afraid you might have missed a few things on your playthrough :). We indeed have weapons that are better against certain zombies and weak against others. Moreover, the main depth of the survival mode comes from planning your gun purchases and various tactics you will use to finish various waves and bosses.

But, as you rightly mentioned, this only alpha, and what you have in front of you right now, is a mere tech demo with a gameplay in it. We are now working on the campaign mode, which will have most of the features you suggested. Stay tuned, the next update comes this summer!

Thanks, Killer, we deliberately chose the orthogonal view as it was crucial to the game mechanics.

WolveNZ, of course the flashes we create are not real and we know that in Battlefield 3 (and IRL) they do indeed depend on the muzzlebreak, but the thing it looks awesome and feels superb when you fire in the game. It is much more important for us how it feels than how it should be in reality.

But at the same time you CAN find such muzzleflashes in real life, watch this video for example:

but muzzle flashes are Dependant on the muzzle break of the gun, thats why you have that 'star' shape form on a fair few of the modern military spec rifles, as per the muzzle break, also why on Ak74's and the such have the flash come from the sides and the front only, due to the shape.

Those Battlefield screen shots make it look like they used Vintage weapons with hollywood blanks! xD 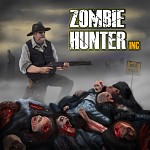