The world has become an increasingly dangerous place, the number of criminals, terrorists and general evildoers is at an all-time high. To counter this evil, decorated S.W.A.T. officer J.J. Colt founds the World Army. Together with his longtime friend Nathan “Rocket” Nace, an explosives expert and mechanical engineer.
It is an army with no political or national allegiance, its only goal is making the world a better place by fighting evildoers on a global scale.
Colt and Rocket are quickly joined by Samantha “Phoenix” Byington, a renown competitive martial artist; and Marco “Blue Fox” Tundo, a highly trained ninja with a mysterious past.
Several dozen recruits from all over the world also sign up. Some experienced or formelly retired soldier or mercenaries, others regular people with no combat experience. All of them in need of training or a refresher course before they are ready for action.

The heroes are dutifully making progress towards achieving their goal. Little do they know that behind the scenes, a great evil is plotting a scheme of grand proportions...

World In Danger is a 3/4 top down action/adventure shooter game, similar to the classic top down adventure games from the 16 bit era video games. The classic gameplay elements are combined with modern ones, from game genres such as Third and First Person Shooters. The game is primarily a shooter game, the player takes on missions around the world which vary from enemy elimination, hostage rescue, bomb disposal and stealth.

Challenging Bosses
Face off against interesting and unique bosses as you make your way through the story.

Large Roster of Playable Characters
Aside from the four main characters, unlock a large number of additional playable characters as you progress through the game. Each with their own skills and weapons

Freely Explore The Headquarters (Freeroam Mode)
Between missions, head to the World Army headquarters and see it evolve over the course of the storyline. Meet the entire crew and get to know them.

Adjustable Difficulty
Play the game either as a challenging experience or a casual playthrough. Some like a challenge, others just want to experience the story, you can pick your preference every time you start the game and enter the mission select screen.

Boss Attack Mode(s)
After completing the story, try your hand at the boss attack mode. Take on all the bosses back to back. If you really want a challenge try the "Ironman" variant, where health and ammo is not reset at the start of each boss. One health bar and limited ammo.

Achievements/Codenames To Unlock
Unlock achievements / codenames throughout the game. Defeat a boss, get the highest rank on a mission or even simply talk to all of the characters in freeroam mode... But also several secret achievements, can you find/earn them?

Released on Steam for PC and Mac

It is time for celebrations! After about 2 and a half years of development, World In Danger has been completed and is available for purchase on Steam for PC and Mac. 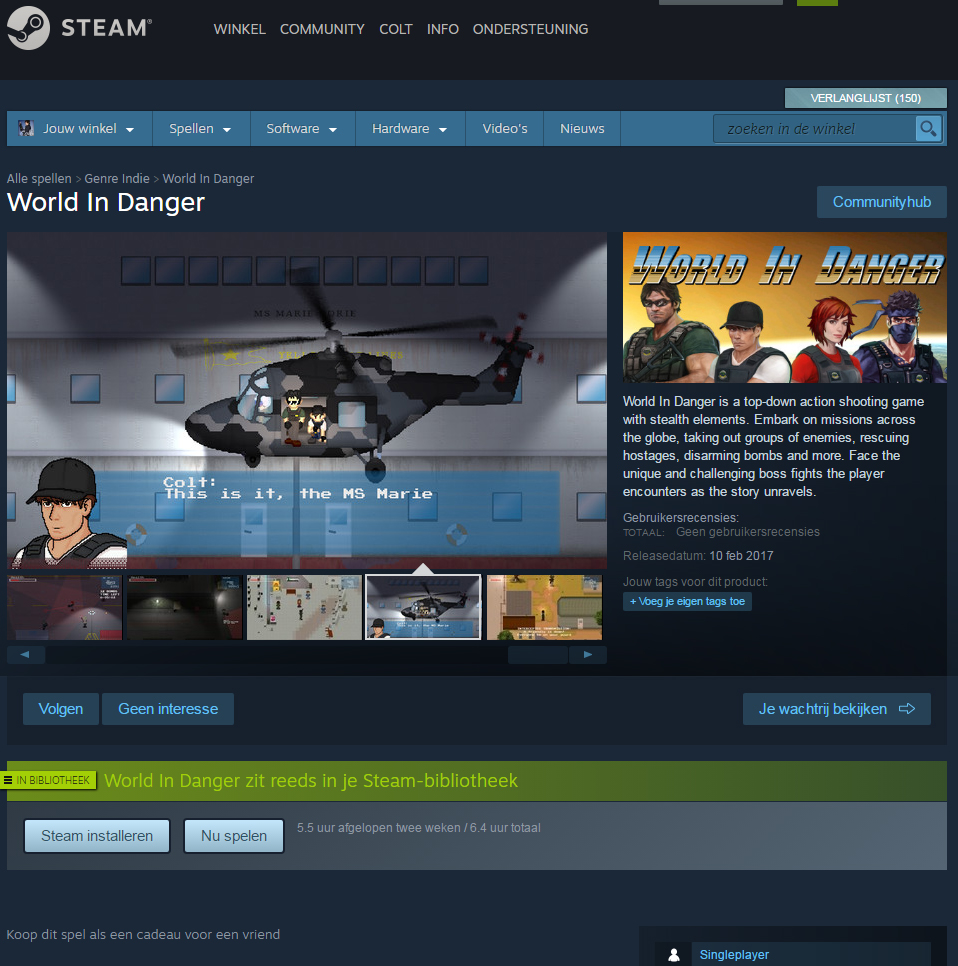 Some new screenshots to commemorate the game's release: 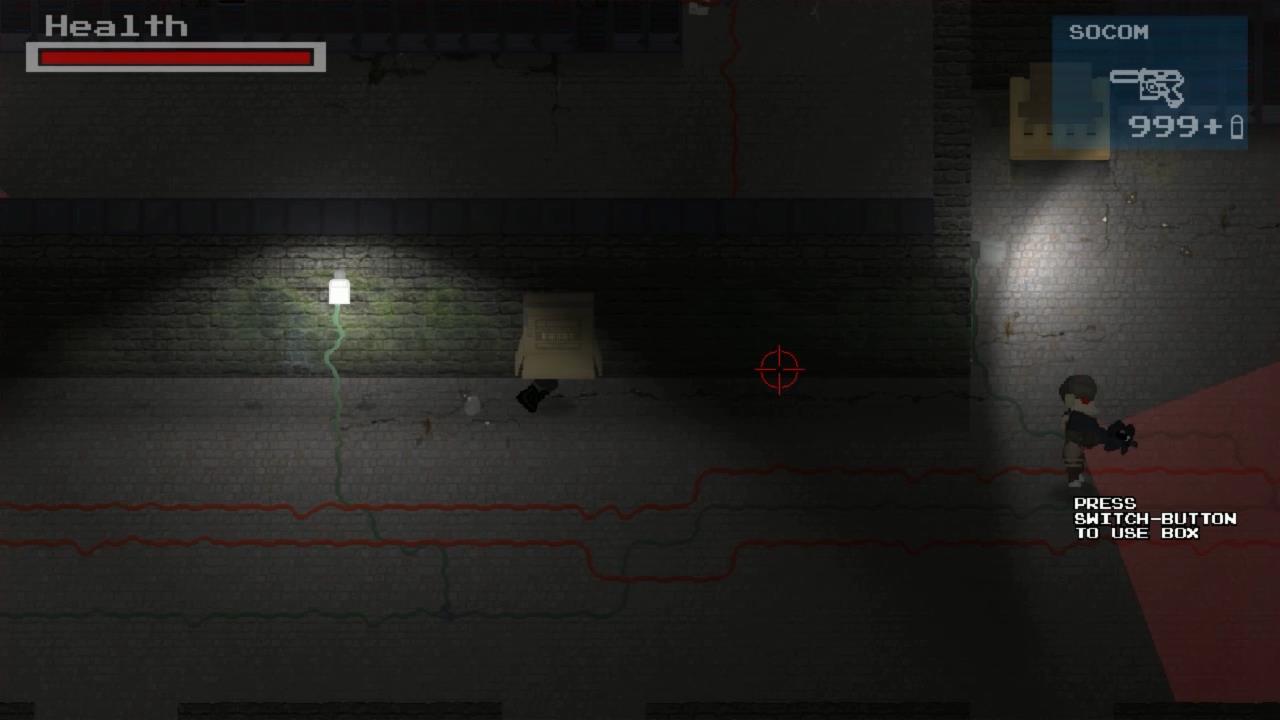 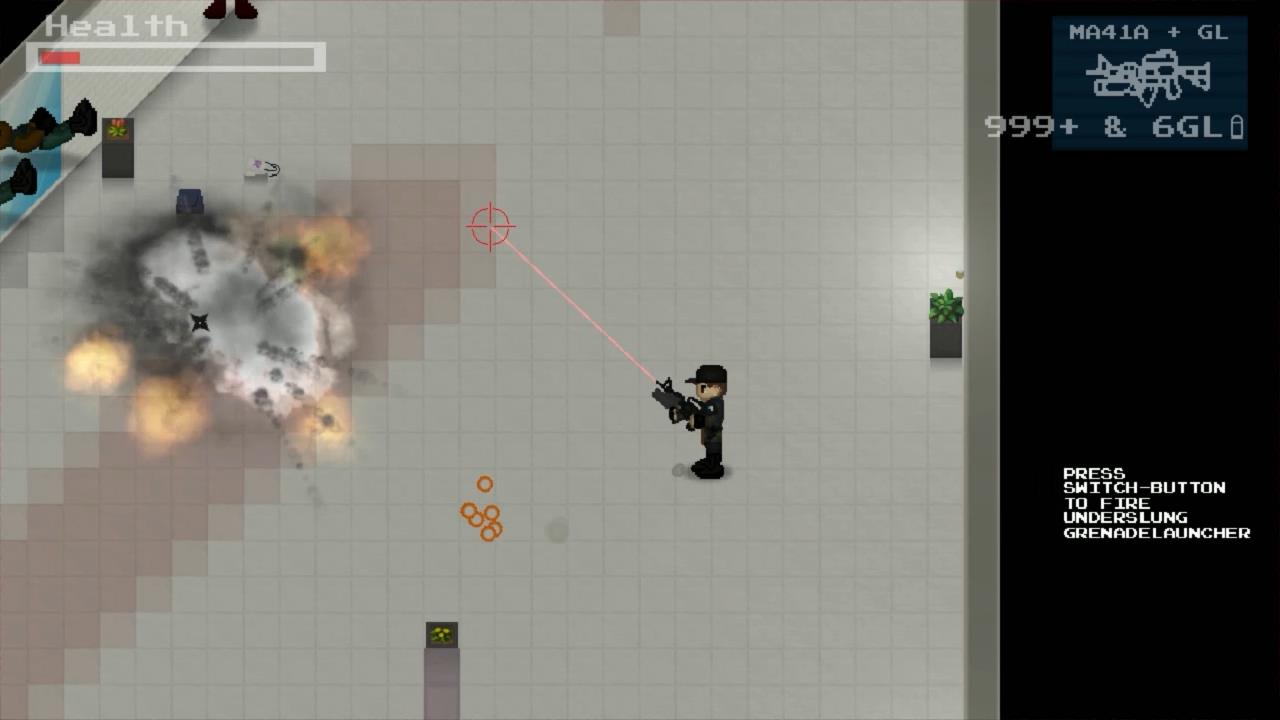 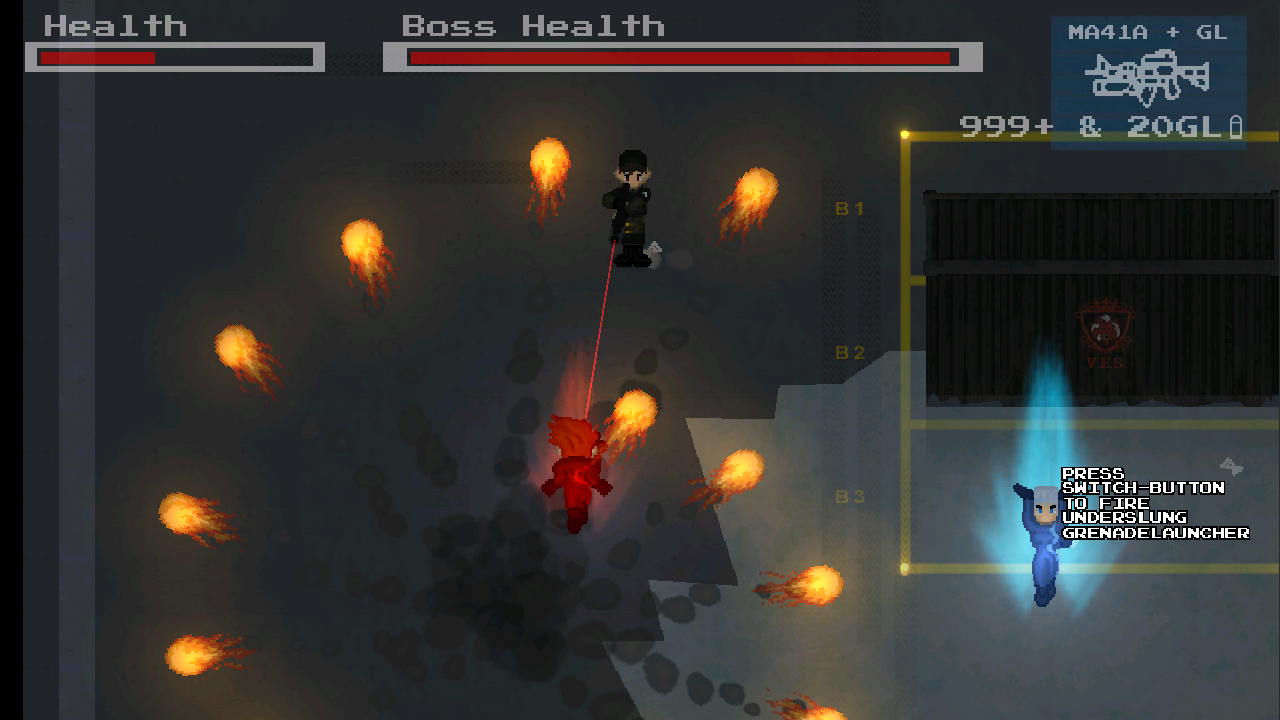 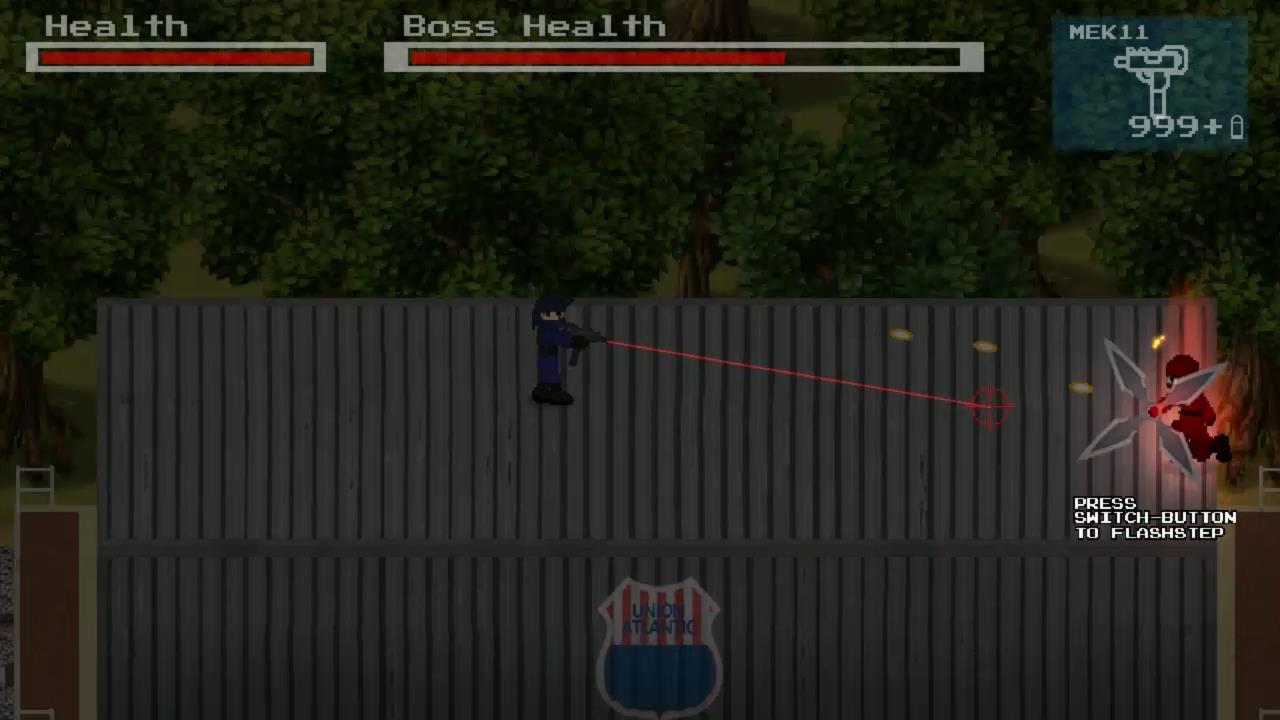 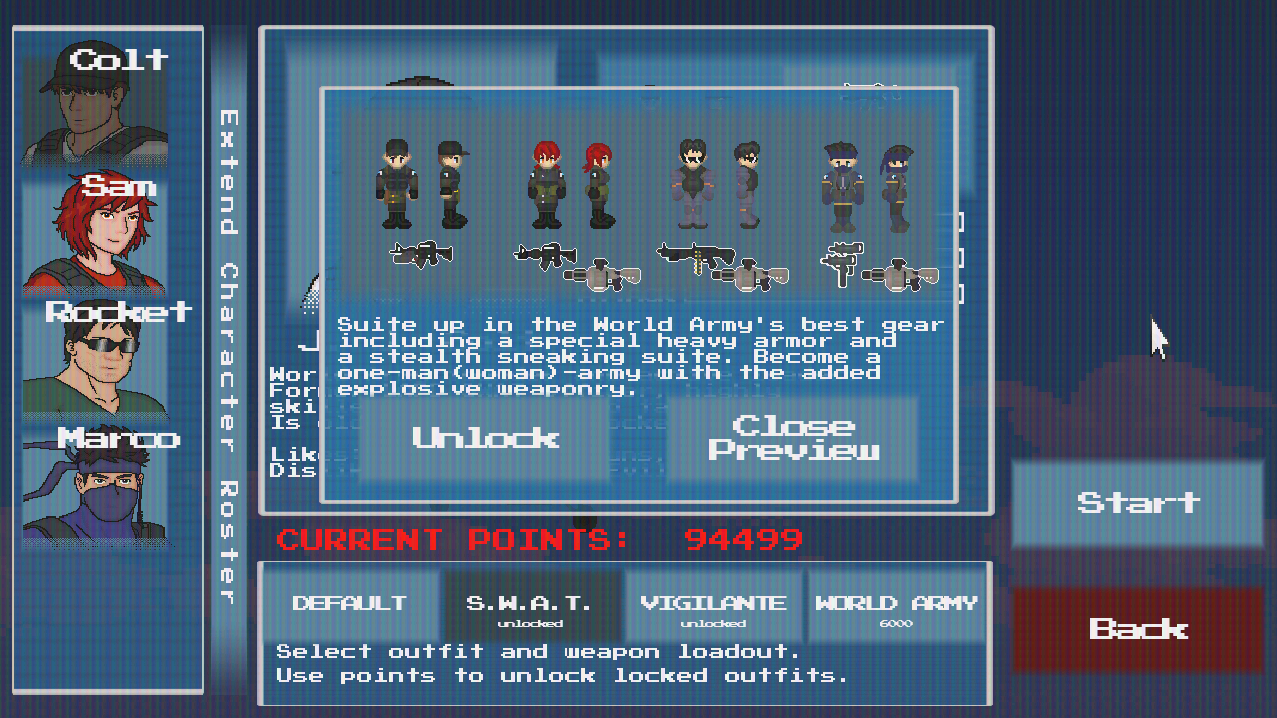 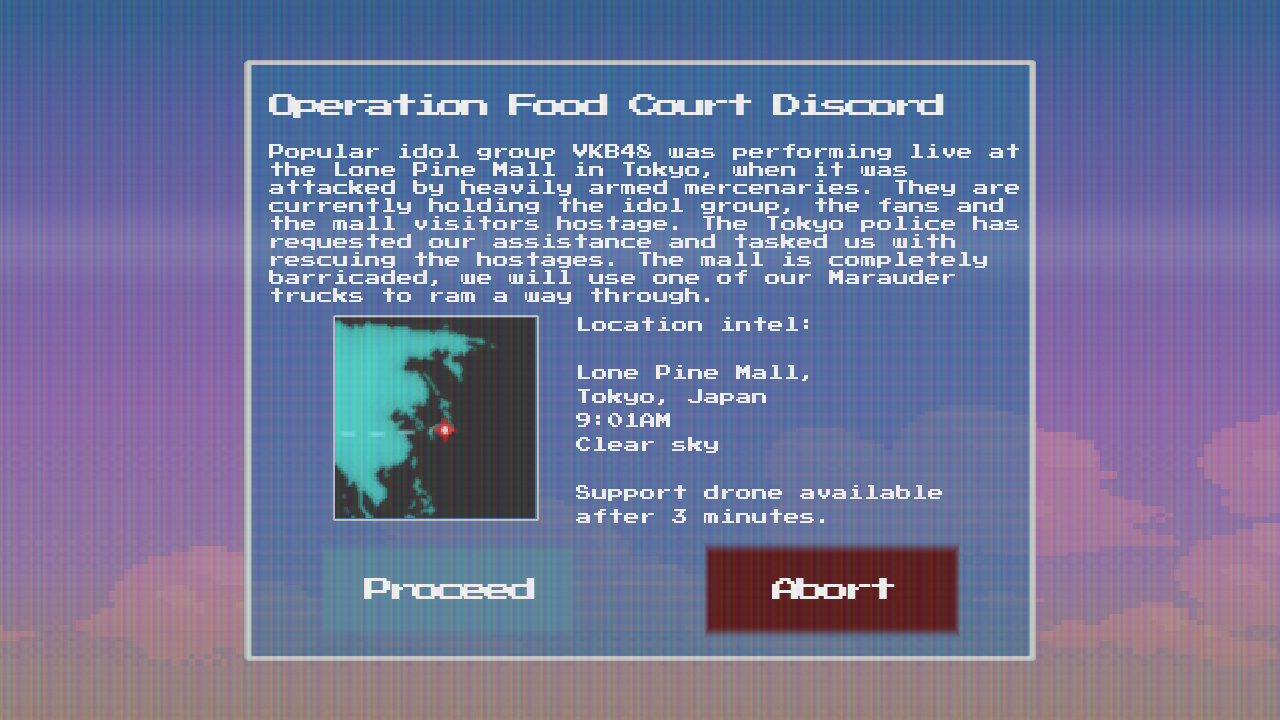 Do you want to be made into a playable character in World In Danger. Good news!

World In Danger is an in-development 2D retro action/stealth game. This article showcases the two different approaches the player can take on the same...