Play as a band of wolves as they take control of the mountain using tactical turn based combat in a humorous adventure campaign!

Get early access to Wolf Gang on Steam and itch.io! 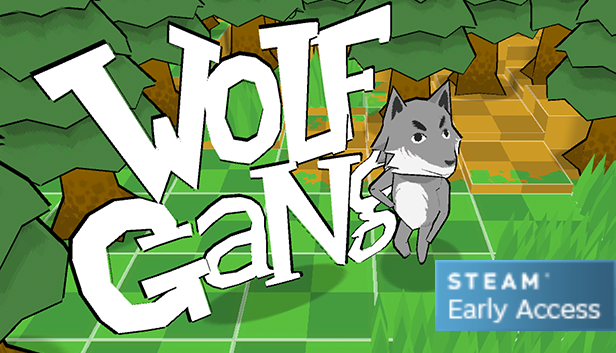 Early access for Wolf Gang is now available on Windows, Mac, and Linux through Steam or itch.io! For those of you who have played the demo builds of the game, this first early access build will feature a bunch of new changes.

New content includes the addition of the currency system, which rewards players for having completed bonus objectives. This was hinted at in the demos, but now the currency is actually tangible, there are multiple forms of currency, and they can be spent. 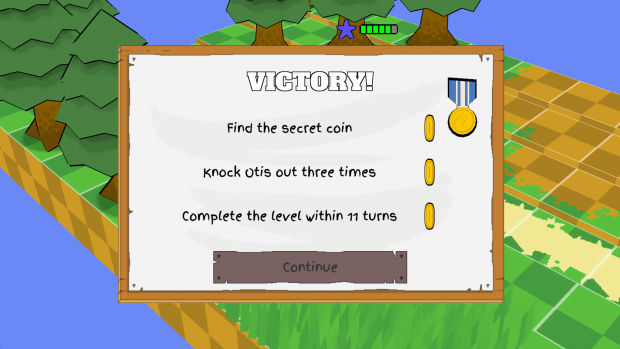 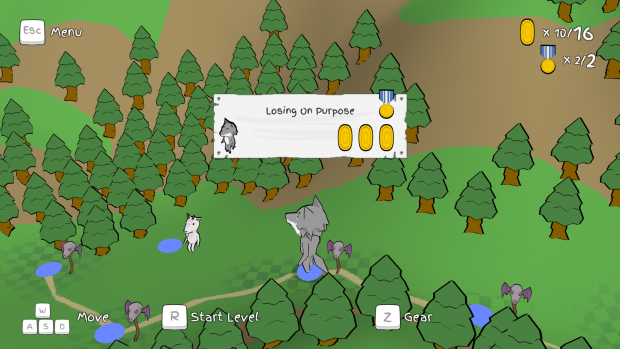 Another addition to the game is the inclusion of "town" areas. The towns will feature NPC dialogue and interactions, and they are where shops can be found. At shops, you can spend your hard earned coins on clothing to customize your characters, or spend medals to buy badges which offer characters additional attributes. 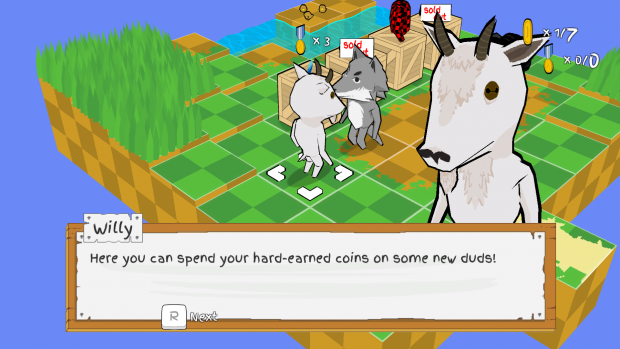 And finally, as far as new content goes, the first early access build includes the third member to join your team, Lupe, in her inaugural level. 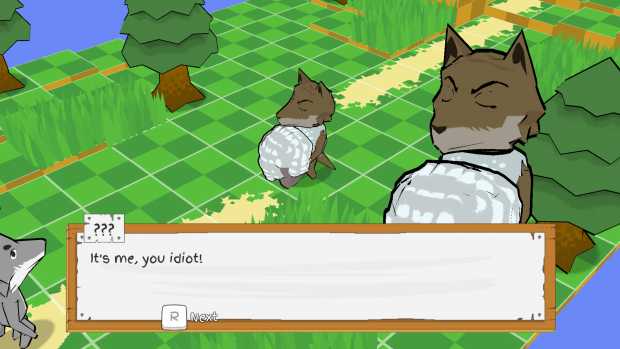 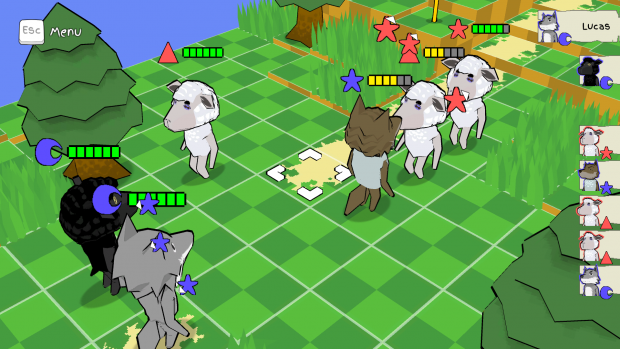 Aside from new content, there are many huge improvements to behind-the-scenes things, the most major of which is that the enemy AI has been completely overhauled. The previous AI routine wasn't very smart, the enemies behaved completely independently of each other, which isn't ideal for a team-based game. They would attempt to make best guesses as to what their teammates were doing based on proximity, but that leads to weird behavior when they are equidistant. Also, proximity did not guarantee actual ease of access to a target, as there may have been a cliff or other obstacles in the way.

Instead now, the AI cycles through each target and each of its teammates each turn and performs pathfinding to determine who is best suited to pursue which target. This is a bit more expensive, but huge optimizations to the pathfinding algorithm and generous use of cacheing have made up the difference now.

Other optimizations include a huge graphical optimization which will have the game running far smoother on older laptops that may have been struggling before. A design oversight introduced as a result from combining the ground tile meshes (which is still faster), it became much more expensive to draw shadow projections because the entire ground would have to be redrawn for each shadow. This is a large object to have to draw over and over again, especially in heavily wooded areas since each tree adds a shadow. Instead, shadows are now drawn to the transparent planes over each tile which have been up until now just used for highlighting character range. This results in far less expensive draw calls and a huge boost in performance.

You can purchase the game directly from itch.io in the widget below, or you can visit the Steam page as well. The game will be coming to Game Jolt too, there are just a few more administrative things we need to sort out for that.

Thank you for checking out Wolf Gang and I look forward to sharing more updates and content as development continues!