Based on a true story, Western Press is the most historically accurate frontier dueling game available for PC or Mac. Probably.

Competing in tournaments of up to 16 players or bots, duelers online and off will face each other in 1v1 matches of up to 3 rounds. Finally, settle who can press a random string of 10 buttons fastest. This vibrant, audible romp through the American west is jam packed with idle, shooting and death animations, exploding buttons and a chorus of sounds and music. So hopefully you're sufficiently distracted when you realise each round only takes about 4 seconds.

Valve’s much beloved Heavy Weapons Guy from Team Fortress 2 has officially been added to the playable character roster. Available as free DLC, gaming’s favourite Heavy has found himself 2Far west of 2Fort. Armed only with a minigun and a (never ending) ‘sandvich’, his only way back to the war on BLU is through the cowfolk he’s surrounded by.

Fully animated by developer Bandit-1, the Heavy character comes with his iconic minigun, trusty sandvich, and is loaded with both TF2 quotes and sound effects.

Western Press can be found on the Steam store here. For those who like customisation, Western Press also includes full support for players to create their own custom characters and environments, and share them with the world using Steam Workshop. 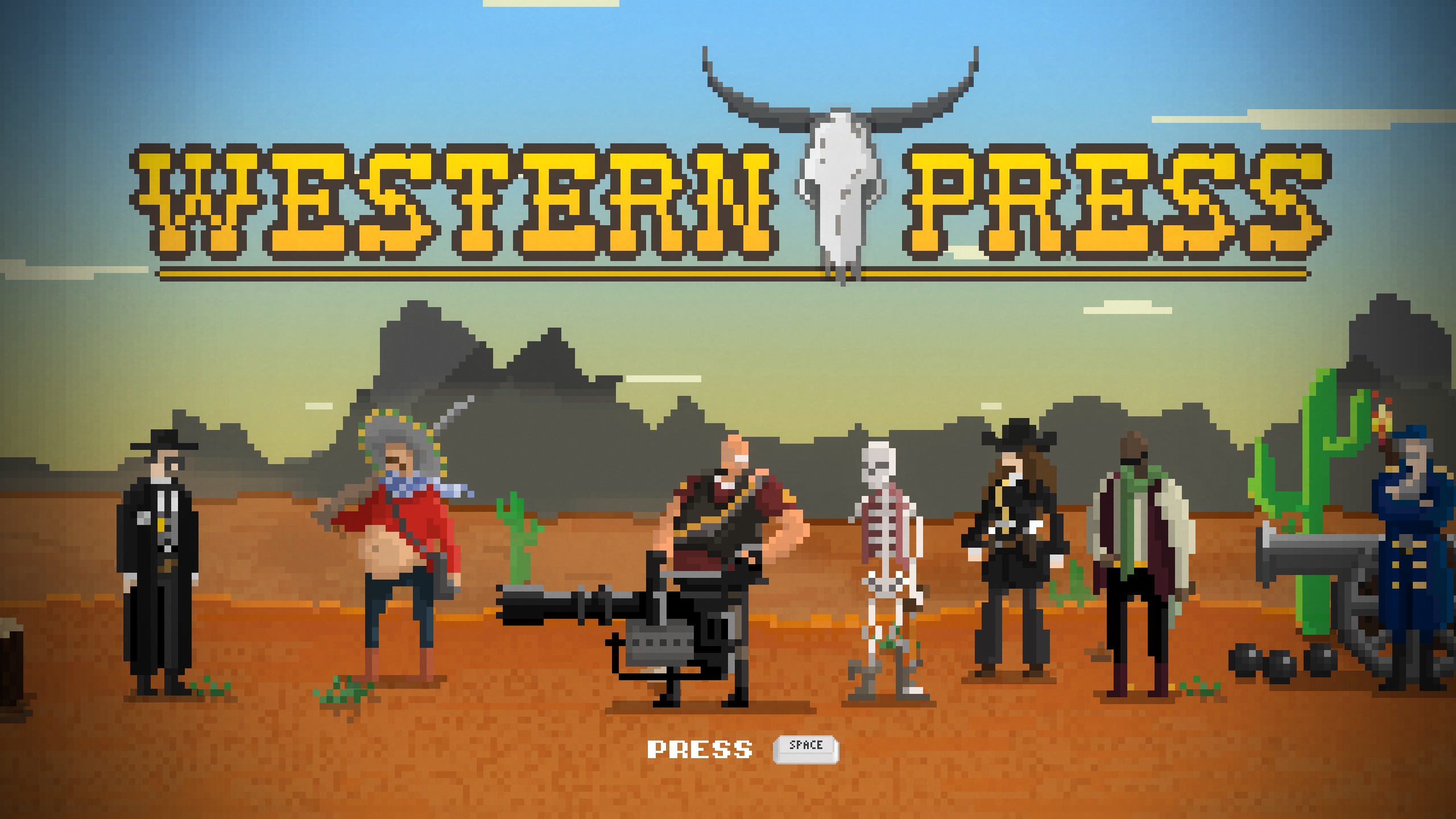 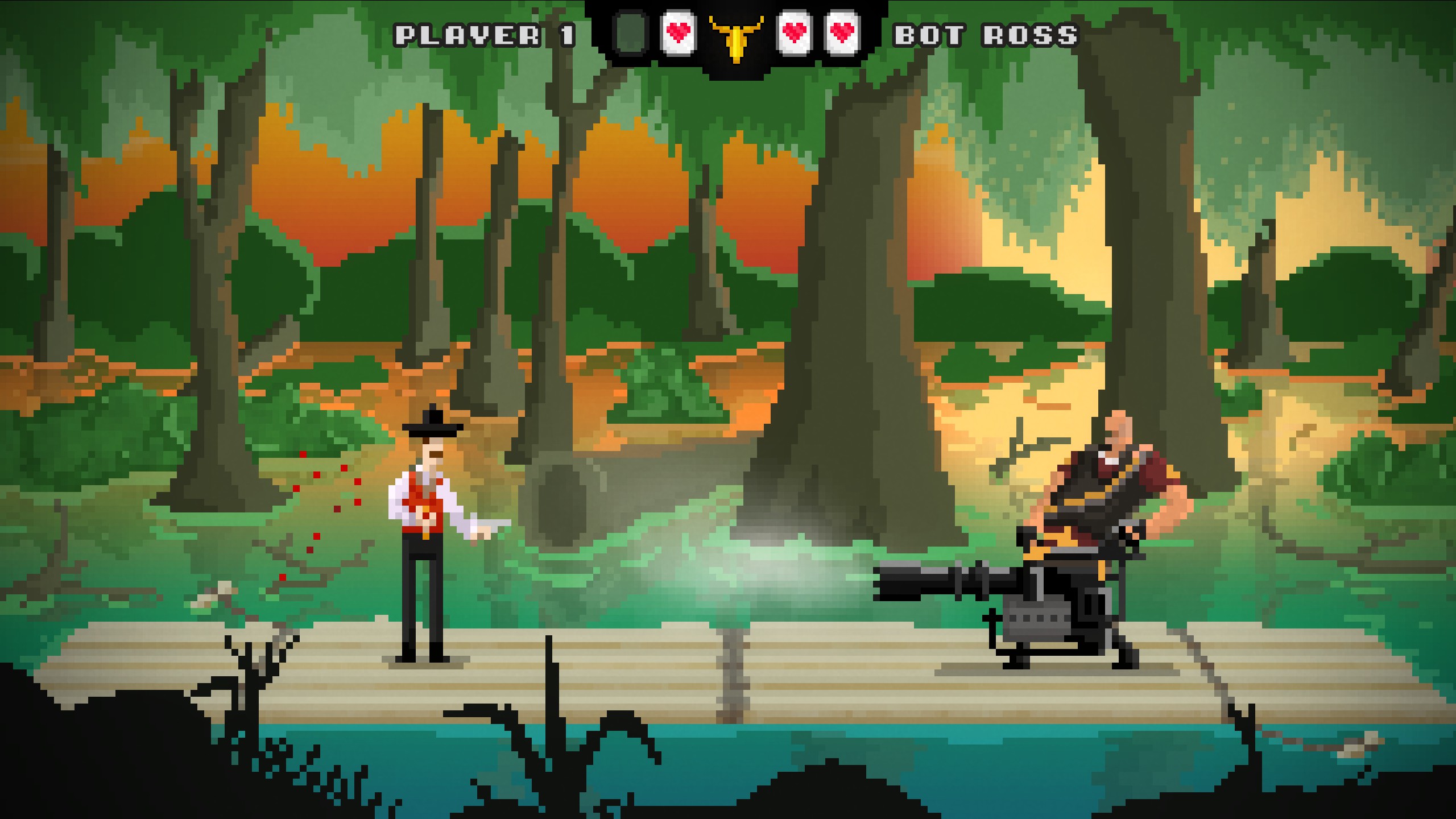 The League of Metal Men Arcade