Warzone 2100 is a real-time action and strategy game set on earth in the 21st century. Upon entering the postnuclear world of Warzone 2100, you establish your base. Here you conduct research, design and manufacture vehicles, build new structures, and prepare your plans of global conquest.

The combat is fast and frantic with amazing effects and a true 3-D world with rotatable and zoomable cameras. Weapons range from bullets and lasers to explosive weapons that blast large areas of the highly detailed 3-D battlefield.

May 29 2016 YAGeSM: Yet Another Generic Stats Mod 2 comments 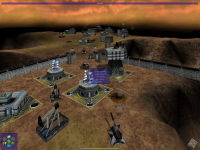 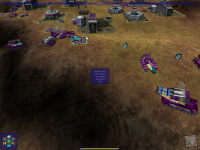 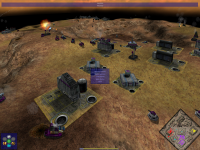 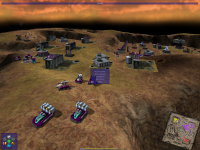 Create a shortcut of the game's executable (warzone2100.exe), then add --mod_mp=yagesm_v1.wz to the shortcut's target you recently created.

How to manually install a Warzone 2100 mod - Mod DB

Without further ado, straight to the point.

Maximum and minimum elevation values for all weapons are set to 90 and -90 respectively. This makes sure no matter which elevation your opponent's units are, your ground/air units will have no problem engaging them. The same applies to your opponents.

All weapons (except howitzers, ripple rocket and archangel missile) have their attack range increased by 2 tiles (256 units). Direct-fire units can now battle each other for a slightly longer distance.

Weapons inherited with minimum attack range value will no longer be prevented from firing if too close from their targets.

The mod fixes an issue introduced on the first 3.2 Beta release (3.2.0 Beta 1), where rate of fire upgrades would not take effect on burst-fire weapons on both single player and multiplayer modes. Since YAGeSM is a one-player skirmish/multiplayer/coop modification mod, the fix only applies for multiplayer mode. The next version of the game 3.2.0 Beta 4 will apply the fix for all modes.

The structure limits list for one-player skirmish/multiplayer/coop modes has been considerably expanded, opening the door for more gameplay variations. Factory module, power module and research module can now be disabled on the list, preventing players from applying modules for the core structures (Factory, VTOL Factory, Power Generator and Research Facility).

Disabling the Factory Module will prevent players from manufacturing medium and heavy vehicles, as well the Cyborg Transport and Super (Vehicle) Transport.

Disabling the Power Generator will force players to be more cautious when managing their resources.

Disabling the Research Module will drastically reduce the speed of the arms race between players.

All sensor tower types can be limited or disabled on the list, so you can choose between disabling them entirely, leaving players with no other choice but to use mobile sensors, or limit them to a determined number, before forcing players to rely on mobile sensors.

No updates of Warzone 2100 for Desura

Warzone 2100 is a real-time action and strategy game set on earth in the 21st century.

This is super late news. But the latest stable version of Warzone 2100 2.3.8 is out. This is the best version currently to use for single player, multilayer...

The latest stable version of warzone 2100. There has been many changes since 2.3.1 to many to list here. This is the version you need for online play...

Test release 0.1, some models will be changed as I go, if anyone has any suggestions please inbox me.

The new tilesets as mentioned in news. And renamed bodies.

Description is below. Please read below for instructions to install.

New version of contingency took a lot of patience to make

No description please read below for instructions to install

Can you get the game on Steam?

If people don't like the graphics they can try Earth 2140-2160 those are also great games ;) But Warzone has much more freedom when designing your units :P

I like this idea but do players realise that it's PS1 game brought to PC platform (released in 1999)? Sorry i haven't read the info.

is anyone else getting this error "the program can't start because OpenAL32.dll is missing from you computer. Try reinstalling the program to fix this problem." ive tried reinstalling it no difference

i reinstalled but to no avail any help?

download this Dll-files.com
then select the 32 bit one
after that then copy the dll file to your warzone directory

there are some good ideas in this old game,but other rts games never learn

Still one of the best games ever created