Now your goal is to escape from the facility, which is an extremely difficult task due to the fact that you are a battery without legs. Equipped with a limited number of electric beams, you can connect to walls, move or destroy objects, turn switches, and charge generators.
You also have the ability to jump or push off the walls - the rest is up to physics and gravity. 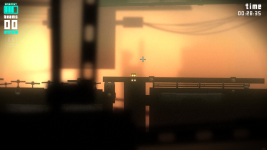 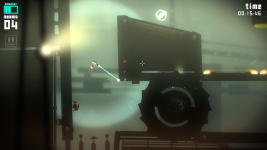 This version brings some really nice improvements.
We had a really helpfull feedback from Tomáš, a guy behind the IsThereAnyDeal.com - thanks for that.

As you can see Volt is currently on sale on Desura - so grab your copy before 5th of march !

Everyone who bought the game before the 1st of February 2014 (on DESURA) please contact us.
As a thanks for buying early version of Volt you will get a free key for our next game (when it will be released)

Remember that you can still vote on Steam Greenlight, so once we get greenlit, everyone who bought the game will also receive a Steam key.
Thanks for your support !

Volt for Android is available now

Volt: Battery on the loose is out now on Android !

Version 0.7.9 for PC, Linux and Mac has just been released.

The first major update is here. Together with a new levels we have fixed a lot of stuff from a previous version.

The first update is coming. You can expect a lot of new stuff there.

So sometimes the position of the pause button is in a really frustrating place when firing the beam, again only sometimes but maybe this could be moved higher to the top left..?

Maybe we could hide it :)

Could you make it so "R" restarts the level?

I would appreciate it as well. (:

just looked into the new version! i like it! - the sound- and graphic-updates give the atmosphere a much more 'electric' touch. (: and I discovered some new saws - as if 0.7 wasn't hard enough. (:

I'm glad you like it :) and you right, apart from gfx-sound update there's also been the "saw placement update" - sorry about that ;)

Are there any bosses in the game that revolve around the games mechanics?

Not yet, but there will be 4 boss stages in the final release.