Make your way through dark corridors and dangerous traps on your quest to find the core of the building. Discover information about your mission as you go on. Find clever ways to solve your problems by running, jumping and swinging your way through levels.
Under Cover is a fast paced stealth platform game featuring a real time 2Dimensional lighting system. Unlike most stealth games, sticking to the shadows wont be enough here.
Your eyes glow, the shadows wont hide that. Squint to avoid being seen but, you cannot move whilst squinting!
Use your grappling hook to gain access to out of reach areas.
Use your glowing eyes to find solutions hidden in the shadows.

There are a few ways to support us and all of them would earn our gratitude and often a free copy of the game.
We may launch an IndieGoGo campaign to fund development of the game.
When the game launches into Alpha, it would be great if you could purchase a copy and send us feedback and suggestions.
Don't own the game? Send us suggestions anyway... they will help.
Follow @N3xust on Twitter for more info and a great way to find our livestreams when they happen.
Lastly, name the character in Under Cover. We wanted to leave that part to potential players of the game. The best suggestion will be eligible for a free copy of the game! Send you suggestions to us at akkail@panicbuttonstudios.co.uk

If you want to share your opinions and ideas, ask questions, submit fan art or arrange an interview, contact us at: akkail@panicbuttonstudios.co.uk

Whilst developing 'Under Cover', we noticed that the only feature that proved troublesome was a feature that was never intended... player shadows. The game originally featured a character with glowing eyes that provided a small amount of light. The game had a complicated lighting engine planned and for that reason, we didn't get our hopes up about making this game; we expected it to be too much for our small team.
Of course, the lighting engine worked! It was this success with the engine that prompted a 'show-off' response from the game's developer... The game would lose some it's it core features (blinking to stop your eyes generating light for stealth) to show off the dynamic shadows. This worked... sort of. The shadows would often lag behind the player if they moved too quickly or fell and, since the game is very fast paced, this was not ideal. 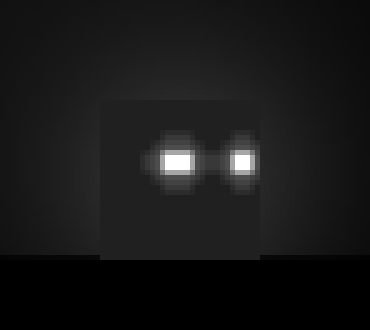 After returning to the 'glowing eyes' idea, the shadow bug was fixed by changing the method of which the shadow followed the player but we decided to stick to the original concept... showing off didn't prove too helpful before.

Twitter
Tags
Embed Buttons
Link to Under Cover by selecting a button and using the embed code provided more...