A roguelike game inspired by the literature of Jorge Borges, Umberto Eco & Neal Stephenson, and the games Europa Universalis and Dark Souls. URR aims to explore several philosophical and sociological issues that both arose during the sixteenth and seventeenth century (when the game is approximately set), and in the present day, whilst almost being a deep, complex and highly challenging roguelike. It explores questions of philosophical idealism, cryptography, linguistics and the writing and formation of the historical record, and will challenge players to hopefully think in ways and about themes that are rarely touched upon by games.

Thanks for voting and helping Ultima Ratio Regum on it's quest to become the 2021 Indie of the Year. You are now in with a chance to score some free games. Help this game secure more votes by embedding the widget (or link) we have included below on your favorite sites.

It is with immense pleasure that after around five years (!!?!) of development, including a year "off" when I thought / feared I might never return: Ultima Ratio Regum 0.8 is done!

Procedural generation of potentially millions of possible NPCs in all settlements within the game.

Several dozen different NPC types, each with their own schedules which play out alongside the player's actions.

Face generation with significant variation for genetics and culture.

Detailed conversation system, withseveral hundred potential lines of enquiry, and answers / detail of answers / willingness to answer determined by a range of social and personal factors, leading to millions of possible conversations.

A large number of general optimisations, improvements, new visuals for various things, and so forth.

I have no idea whether this is the last version or not, but it's done. And more importantly it contains everything I hoped for and everything I wanted; a living breathing talking moving world, with vast numbers of people, procedurally-generated dialects and speech patterns, faces, clothing, NPC schedules, and a million other things I probably mentioned somewhere back in the blog's history but forgot about, in the long period between then and now. Although I don't know whether any game can really meet expectations after five years: I do, sincerely, hope you all find something interesting in this world and its people. As long as that's the case it will have been worth the time spent. 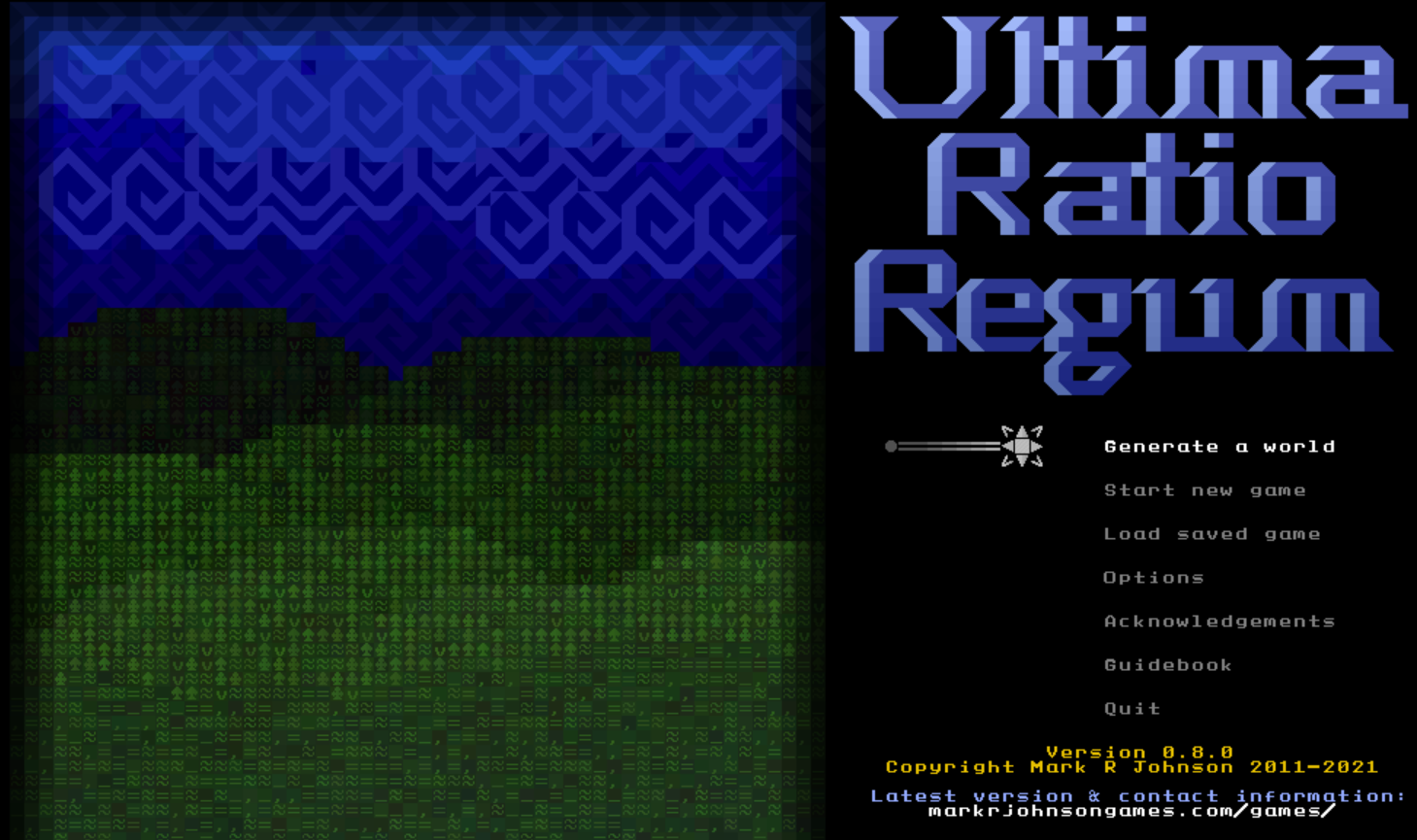 One final note: this is the largest and most complex release I've ever done. I've spent well over two years bug-fixing and attempting to make everything run correctly, but I'm sure I've missed things, despite the hundreds of hours I've put into exhausting testing everything I can find myself and nearly a dozen other people also performing playtesting duties. (I have also fixed another bunch of minor bugs from the previous blog post which I found in the process of final playtesting this week.)

Anyway, what this means is: if you find a bug, especially a crash bug, please report it to me with maximum information: where were you, what were you doing, had you previously been saving or loading, was there an error message, etc etc. In fact, any information you can give me about everything you'd done in the game up to then - had you stayed in one district, had you entered lots of houses, had you traveled the world, etc - will also be of immense value. As well as the trackback, the more information you can possibly give me, the easier it will be to hunt down what went wrong. You can use the contact form on the website, or leave a comment on this blog post. Thank you!

(However, if you find some weird phrasing in NPCs' speech, please actually don't report that - I already know that the sentence generator comes out with something weird from time to time).

And thank you all for sticking with me, or for coming back: either way, it's wonderful to have people here for this, and it means a great deal to me. I wish you luck in the world of URR!

This week's URRpdate - starting work on sentence variables which change every time a speaker uses them!

Lots of progress this week on conversation detail, recommending other NPCs, new responses for strange topics, and more...

Just a short update this week with some iterative improvements, fixes, and coding optimizing; a larger update next time!

Is there more to this game than just its goal about the conspiracy? Am I able to get invested in the world? Become involved in its affairs not just with quests? Maybe work for a farmer, live with him, talk to him, have things happen to this farmer that may result in some new dialogue options as the game progresses. You could do a regular job system, but I want to really feel a bond with these people, like I really belong in these places, and that I really fit in to these places.

Hmm, thanks for the interesting question. It's not a sandbox, if that's what you're asking - it's a huge and detailed world, but also one with a distinct set of objectives and mysteries. I feel as if making another sandbox is just duplicating Dwarf Fortress, but a huge and detailed world with a totally different set of mystery-esque objectives is something very different. So you'll be able to become involved in the world's affairs, but as part of the path towards uncovering the conspiracy.

The one game that is doing Dwarf Fortress killing the right way.

Why thank you :). Though my objectives remain a tad different!

I guess this game will not be release for PS4 and XONE because this consoles can't sustain 60fps and 4k. By the way, what is the minimum requirements? The game is playable with this specs?
CPU: i7-5870k
RAM: 64GB DDR4
GPU: 4x GeForce Titan sli

Are there any plans for releasing the source code for this in the long run? Quite frankly, the amount of complexity, effort and zeal put into this could've be used as a lesson to all gaame and roguelike programmers.

I'm afraid not - it's closed source now and I intend to keep it that way (though I appreciate the compliment!). What's far more likely is that in a coupe of years my third/fourth academic book will be a procedural generation one.

Okay, what the f***s ar the firist two about then? art desing or music? (or cooding n game desing?)

Is this a 4X game? I'm a bit confused since a lot of sites describing it refer to it as 4X but it sounds closer to Dwarf Fortress's adventure mode. Is it like DF where there is also a strategy mode where you can control and manage one of the generated civilizations?

It was originally envisaged as a 4X but has changed immensely, and there are some outdated sources which still say that which I haven't got around to changing. But it is much more akin to DF's adventure mode than anything 4X-esque.

this as a X-4 game would be more like stellaris + more deep cultural background construction, and would be an academic game about how culture changes throught time n science discoveries, conquests, colonisation of new territories, etc o3o 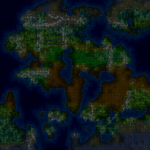 It Is Eleven Roguelike