Throne of Lies: The Online Game of Deceit 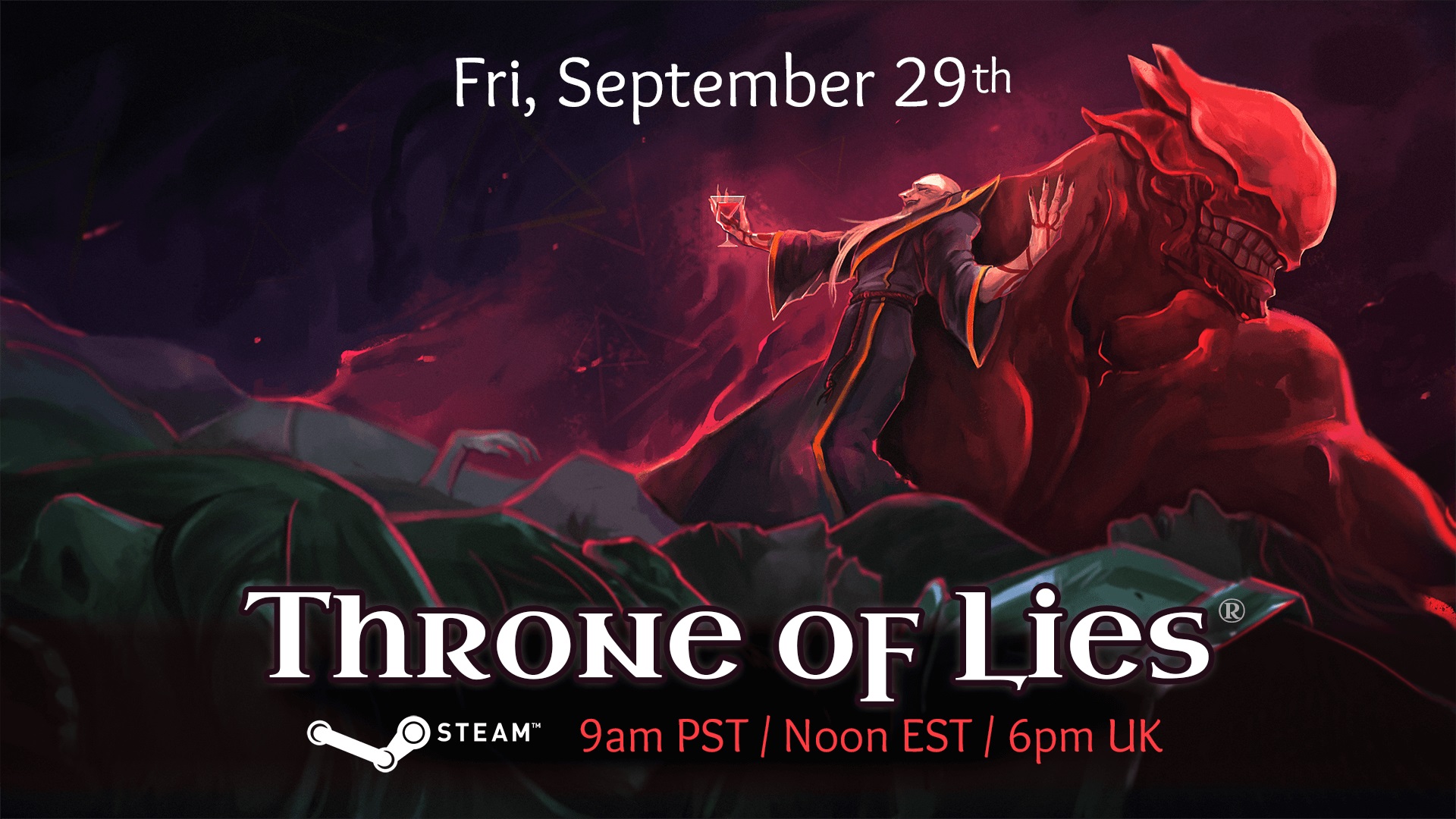 Why Throne of Lies?

Throne of Lies is a 3D online multiplayer game where up to 16 players must combine their social deduction skills with over 100 abilities to root out the traitors at the table and stop their foes from taking control of the kingdom.

In a modern take on tabletop games like Werewolf/Mafia and set during a time of medieval conflict, each player is randomly assigned one of 40+ classes, ranging from the King, himself, to a hapless Fool. Most players will be loyal members of the Blue Dragon faction, but each game will feature members of either the wicked Cult or mysterious Unseen faction, along with a few Neutral characters to mix things up.

The unique Day/Night cycle allows players to congregate around the table, discuss their findings and accuse players of treason during the day and use their abilities to occupy, spy on, conspire against and even kill their fellow players at night.

While Cult and Unseen players know their allies, members of the Blue Dragon must be suspicious of every other player to ensure that they don’t fall to an evil plot.
Even the King is suspect in Throne of Lies, and the enemy’s ability to convert other players to their side means that allegiances are always shifting.

The game concludes when the Blue Dragon faction has disposed of all hostile threats against the kingdom or their enemies have seized control of the Throne of Lies!

Our Steam Page
Chat now on Discord.
Purchase game keys on the Throne of Lies website!

Indie social deduction game Throne of Lies: The Online Game of Deceit proved once again that it’s better to give than receive as it kicked off the game’s traditional Snowcrest Holiday Season by appearing on the popular Yogscast Jingle Jam and donating hundreds of thousands of game keys to charity via a Humble Bundle. 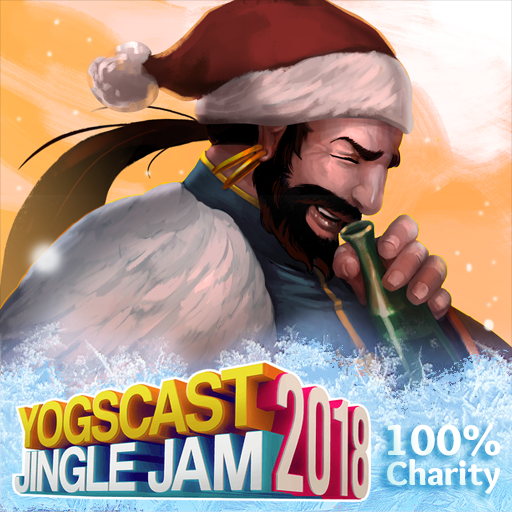 The annual Jingle Jam is a December-long, gaming-focused, live-streaming event that has raised over $12 million since 2011 and donated a record $5.2 million is 2017 alone. Throne of Lies has garnered favor with many live-streamers on Twitch, but this was the first time it featured on one of the gaming world’s favorite holiday events.

This year’s Yogscast Jingle Jam will donate money to eight charities across a wide-range of causes, including Cancer Research UK, the International Lesbian, Gay, Bisexual, Trans and Intersex Association, Save the Children, and Wallace & Gromit’s Grand Appeal.

The game Throne of Lies is a mafia-style game that enhances the genre with over 40 classes, 100+ abilities, online multiplayer, 3D visuals, vibrant lore, royal classes, multiple evil factions and a conversion system that makes every game contentious until the end. It is a throwback to the days when friends could gather around to stab each other in the back. 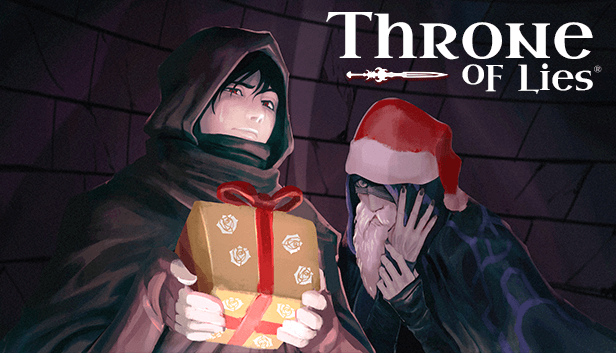 To further mark the Yogscast appearance, and promote another successful year, Throne of Lies introduced an initiative to streamline the game’s mechanics and make the game accessible to more people while maintaining its unique nature which has helped it develop a passionate community and fan-base.

Step one of this plan began its rollout with a late-November patch that introduced an in-depth glossary of terms to help both new and returning players overcome the previously steep learning curve along with a consolidation of some in-game abilities to make evidentiary deduction easier and more satisfying.

In addition to revamping the game mechanics, the upcoming Snowcrest season will be marked by brand new, limited-edition player skins in the game’s store, as well as festive holiday decorations throughout Castle Adiart’s many rooms, halls and locations.

Imperium42 Game Studio is a small, “indie” studio working on the game from around the globe. Throne of Lies came to prominence when it launched a successful Kickstarter campaign that raised $20,000 to finish development before launching in September 2017.

Join Throne of Lies community on Discord with other 13k players!

A list of all major new updates for Throne of Lies.

Throne of Lies has the honor of being listed among the top 100 Indie Games of 2017 by Indie DB, with the possibility of winning both players and editors...

Imperium42 Game Studio (i42) are celebrating a successful launch of their first game release, Throne of Lies: The Online Game of Deceit.

With over 100 abilities and more than 40 class, members of the Blue Dragon must root out the traitors at the table and stop your foes from taking control...

Join us in Discord following 9/29's release on Steam

Throne of Lies is a 3D online multiplayer game where up to 16 players must combine their social deduction skills with over 100 abilities to root out the...

Download all 10 screenshots (1920x1080) Throne of Lies: The Online Game of Deceit, or "ToL", is an online, social deduction video game - inspired by medieval...

Download all 8 concept art pictures (2k+ resolution) as .zip (5.7 MB) Castle Adiart: "The exterior reaches of Castle Adiart, where the King of the Blue...

Join us in our official Discord! Discord.gg

Hi. I am a HUGE fan of this game, and I was just wondering, how would i politely ask for a key without making it seem like I'm begging.

Hi! Thanks so much for showing interest in Throne of Lies, and I'm sorry for the late reply! Join us in the Throne of Lies discord - Discord.gg . Sometimes other fans who happen to have leftover steam keys from the Kickstarter ask if anyone would like a key. Also, we're going to allow anyone to purchase the game and join the alpha directly on our website sometime this week. Keep an eye on our announcements in our Discord to be updated when that goes live. Thanks!

When do you think that it will be released?

Twitter
Tags
Embed Buttons
Link to Throne of Lies: The Online Game of Deceit by selecting a button and using the embed code provided more...

What the Blob Party Based

Among Us Party Based